Accessibility links
Robert Earl Keen: Texas Troubadour Musician Robert Earl Keen shares how foosball led to a career in music, and how he met Lyle Lovett on his front porch. Then he demonstrates another superpower: knowing every U.S. president's birthday. 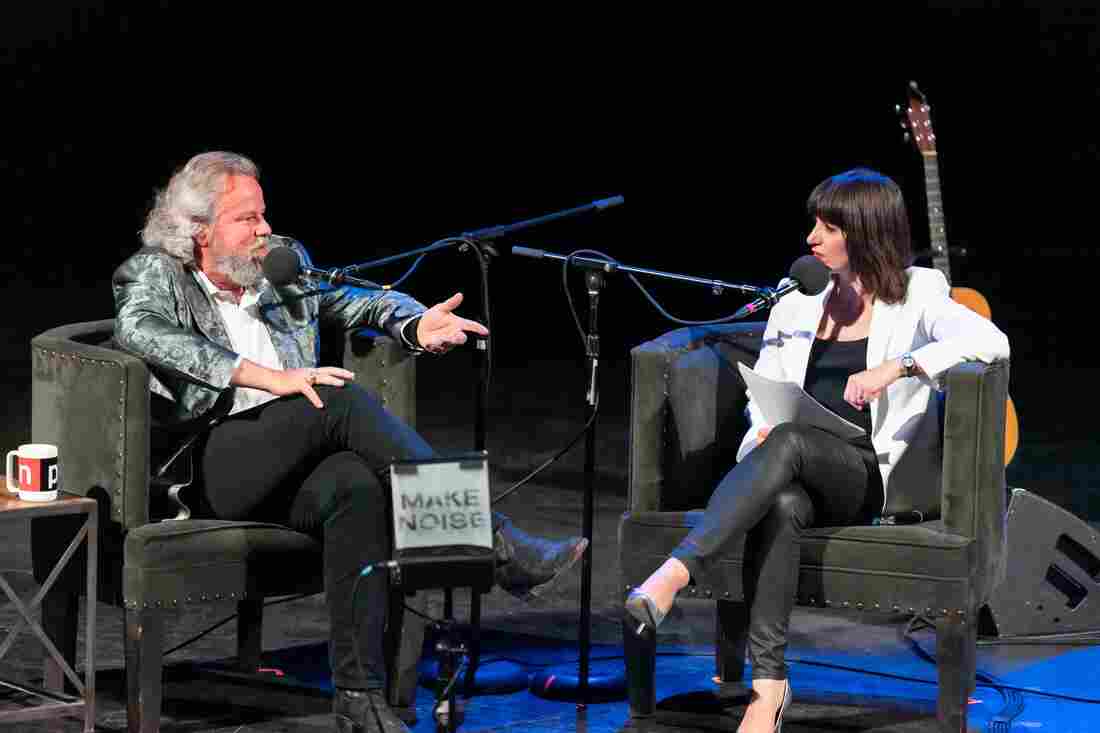 Host Ophira Eisenberg with Robert Earl Keen on Ask Me Another at the Aztec Theatre in San Antonio, Texas. Cindy Kelleher for NPR hide caption 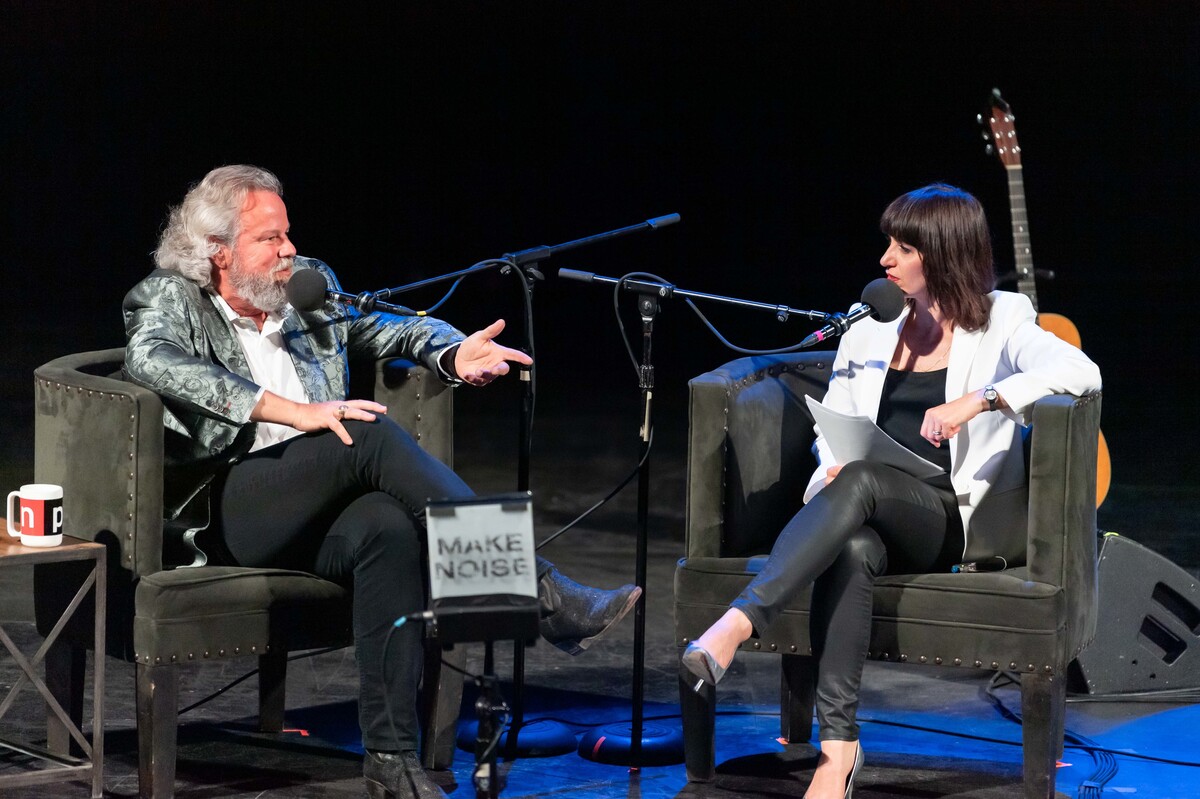 Host Ophira Eisenberg with Robert Earl Keen on Ask Me Another at the Aztec Theatre in San Antonio, Texas.

Many musicians can remember a moment that first attracted them to music and set them on their path. But Americana singer-songwriter Robert Earl Keen's epiphany came from a somewhat unlikely place. Keen's younger sister had a foosball hobby that brought them both to various bars across Houston; she was there to play, and Keen was there to keep an eye on her. Keen ultimately drifted into the bar back-rooms where bands were playing. "It was a chance and opportunity to be up close and personal with the music," Keen recalled in an interview with Ophira Eisenberg, host of NPR's Ask Me Another, at the Aztec Theatre in San Antonio. "I don't think I ever had such a [music experience] that was so overwhelming than that; being four feet away from someone playing something so beautiful." Keen was so moved that he eventually picked up the guitar, and kicked off a long and respected career. 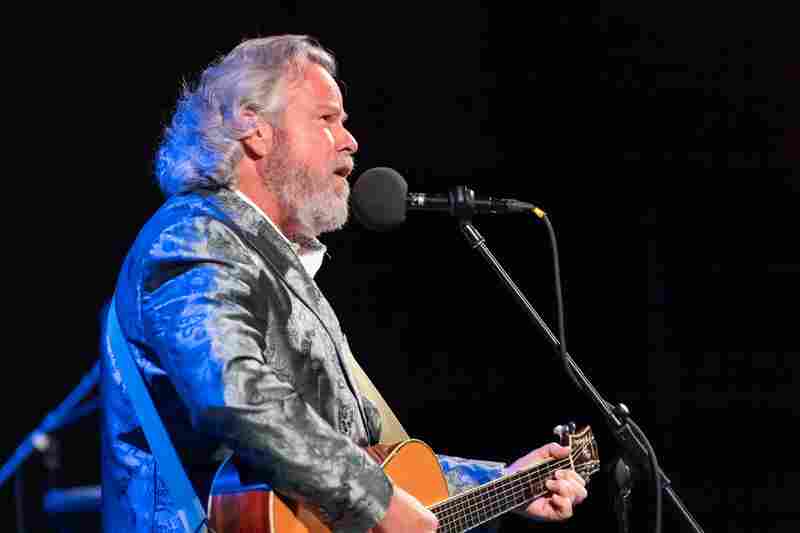 Robert Earl Keen performs on Ask Me Another at the Aztec Theatre in San Antonio, Texas. Cindy Kelleher for NPR hide caption 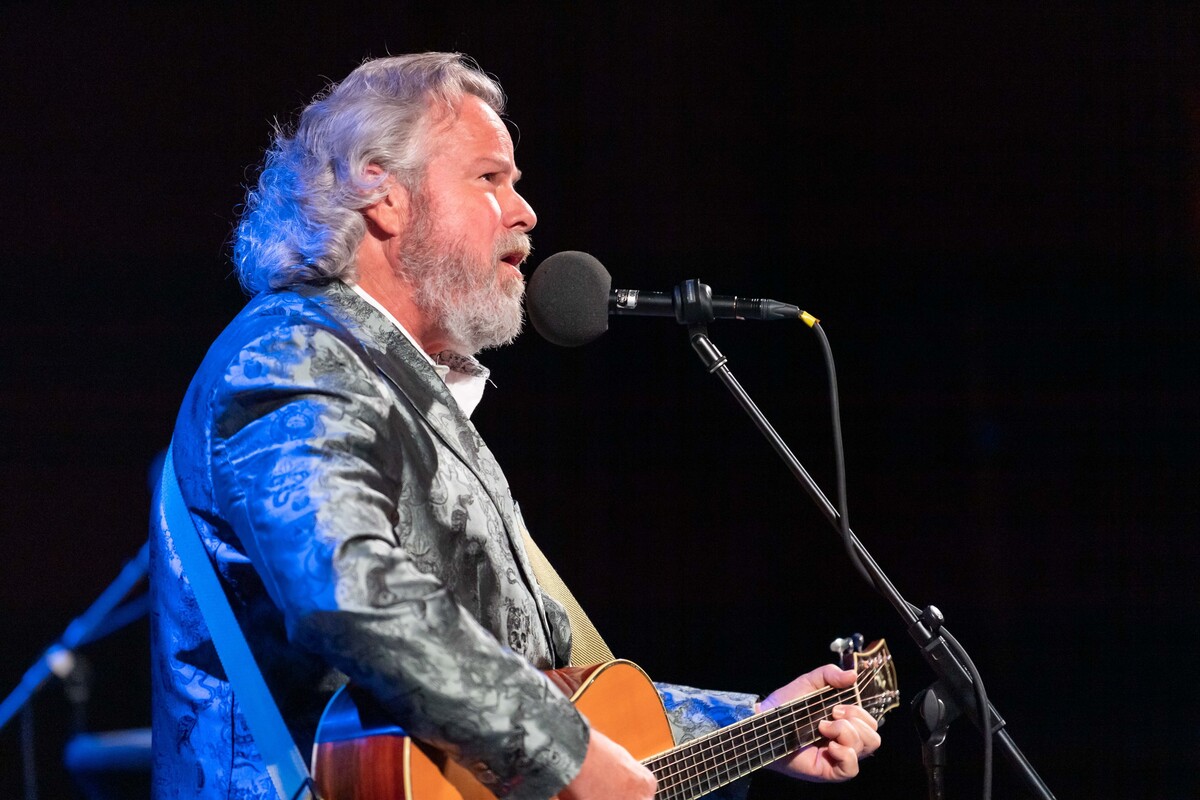 Robert Earl Keen performs on Ask Me Another at the Aztec Theatre in San Antonio, Texas.

Inspired by artists like Willie Nelson, Keen began writing songs and playing bluegrass folk music with friends in 1978. Since then, he's released 12 studio albums — including his latest, 2015's Happy Prisoner: The Bluegrass Sessions. And he's worked alongside many of the greats: On "The Front Porch Song," from his self-produced debut, No Kinda Dancer, Keen collaborated with country music icon Lyle Lovett — one of Keen's old buddies. The song tells the story of how they met on an actual front porch in College Station, Texas.

More recently, Keen has paid tribute to his genre of music with his podcast, Americana Podcast: The 51st State, which delves into the roots of that genre, told through the viewpoint of artists — both up-and-comers and those who have thrived.

Aside from being a prolific singer-songwriter, Keen's also a history buff, and has learned every the birthdates of every United States president, so for his Ask Me Another Challenge, this party trick-turned-passion is put to the test in a game called "This Presidential Birth-DAY in History."

On how his sister helped spark his passion for music:

She was a foosball champion in the funkiest part of Texas. So I went there to protect her as well as I could protect her. In this part of Houston they'd have a foosball table and pool table room and then in another room — a smaller room — they'd have a couple of people playing guitar. I'd drift into these little rooms and I'd listen to these people play.

On how he met musician Lyle Lovett and got his start:

He rode his bicycle by our house all the time. And I had a bunch of these snuff-dippin', fiddle-playin' buddies and we used to sit on the porch playing music. And he would ride by. One day, he just kinda pulled up into the yard and said, "You know I work for the basement coffee house, and I'd like you to come maybe play, and open up for someone."

On how came to learn every president's birthday:

I realize that I knew some of the presidents' birthdays. And I thought, "Well, why not know them all?" So I just decided to memorize them. As I went along, I realized it was a really great way to understand American history and the timeline there. And if you know what's going on with the presidents, you know what's going on in the country at the time. So it became more of a passion, but at first it was just a party trick.