Accessibility links
Trump Stops Short Of Saying He Will Sign Hong Kong Bill Amid China Trade Talks President Trump says he stands with democracy demonstrators in Hong Kong. But he stopped short of pledging support for a pro-Hong Kong bill, saying it could complicate trade talks with China. 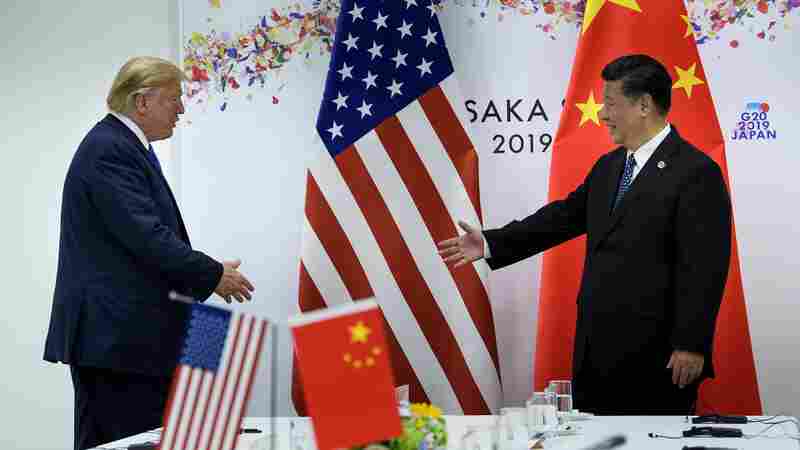 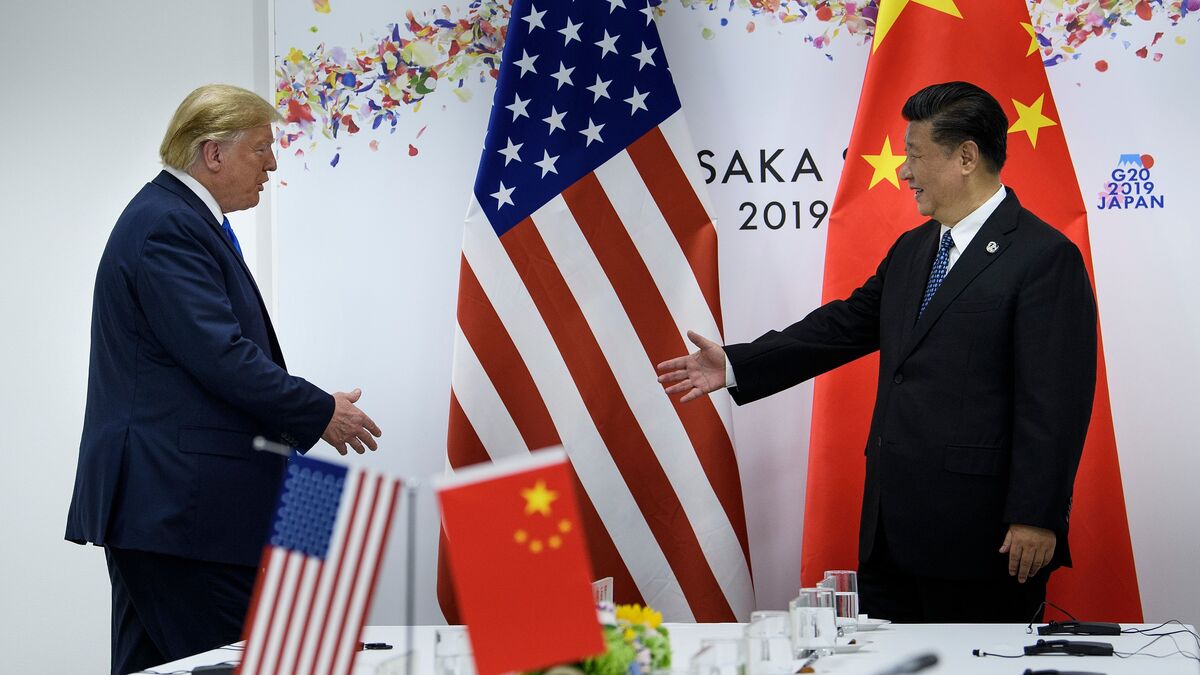 It's unclear whether President Trump and Chinese President Xi Jinping can come to a trade deal. A new bill supporting Hong Kong protesters could complicate talks.

President Trump said Friday he supports pro-democracy demonstrators in Hong Kong. But he stopped short of saying he would sign legislation requiring sanctions against China for any crackdown on Hong Kong protesters.

"We have to stand with Hong Kong, but I'm also standing with President Xi," Trump said in an interview on the Fox News program Fox and Friends. "He's a friend of mine."

The U.S. House and Senate this week passed the Hong Kong Human Rights and Democracy Act with overwhelming, veto-proof support. The bill calls for stripping Hong Kong of its preferential trade status if China fails to maintain the freedoms guaranteed to the former British colony when Beijing took over more than two decades ago.

Now it heads to Trump's desk as the U.S. and China attempt to broker a mini trade deal that would boost China's purchases of American farm goods. The talks have stumbled over how much tariff relief the Trump administration is willing to grant China.

If no deal is reached by mid-December, the administration is preparing to impose new tariffs on another $160 billion worth of Chinese imports, including popular consumer items such as cellphones and laptops.

"The bottom line is we have a very good chance to make a deal," Trump said Friday, calling the Hong Kong protests a "complicating factor." China could withdraw from the talks if Trump signs the Hong Kong bill.

"I stand with Hong Kong. I stand with freedom," Trump said. "But we are also in the process of making the largest trade deal in history. And if we could do that, that would be great."

In fact, the mini deal under negotiation would provide limited trade gains while postponing action on the major structural issues that prompted Trump to launch the trade war with China more than a year ago.

Trump said in the interview that his relationship with China's president has prevented Xi Jinping from taking a harder line against the Hong Kong protests.

"He's got a million soldiers standing outside of Hong Kong that aren't going in only because I asked him, 'Please don't do that. You'll be making a big mistake.' " Trump said. "It's going to have a tremendous negative impact on the trade deal, and he wants to make a trade deal."