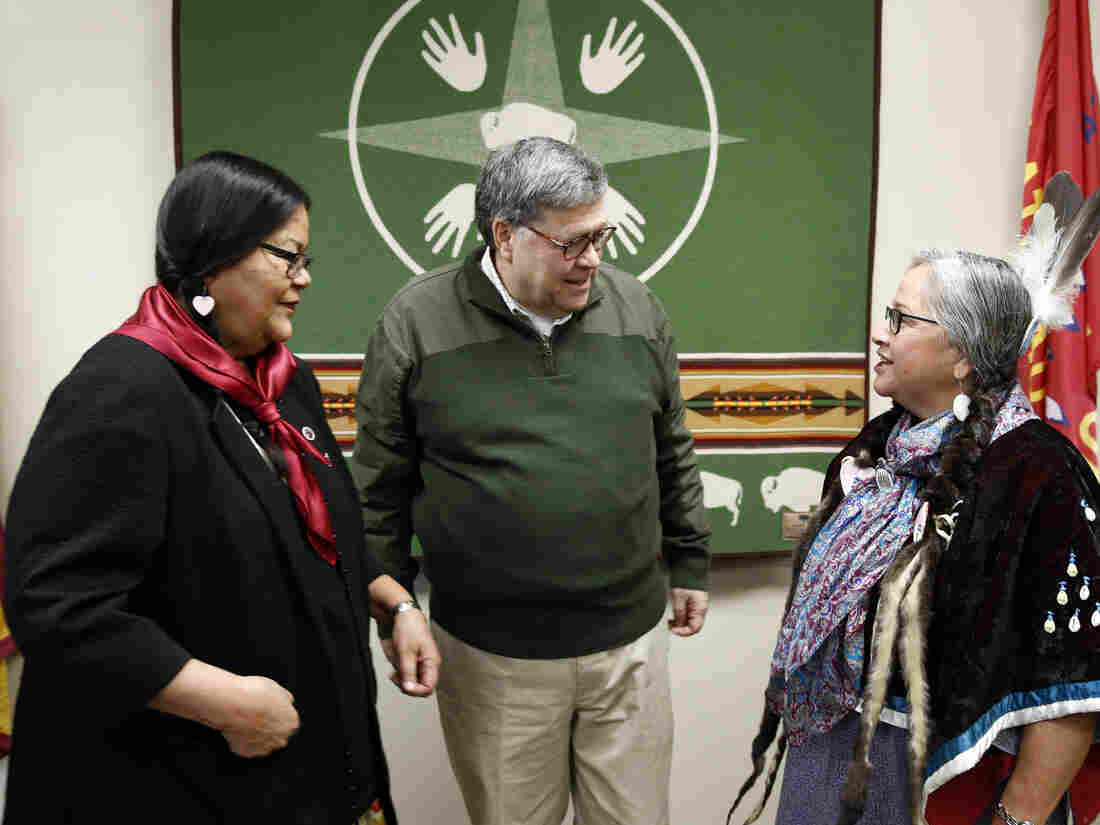 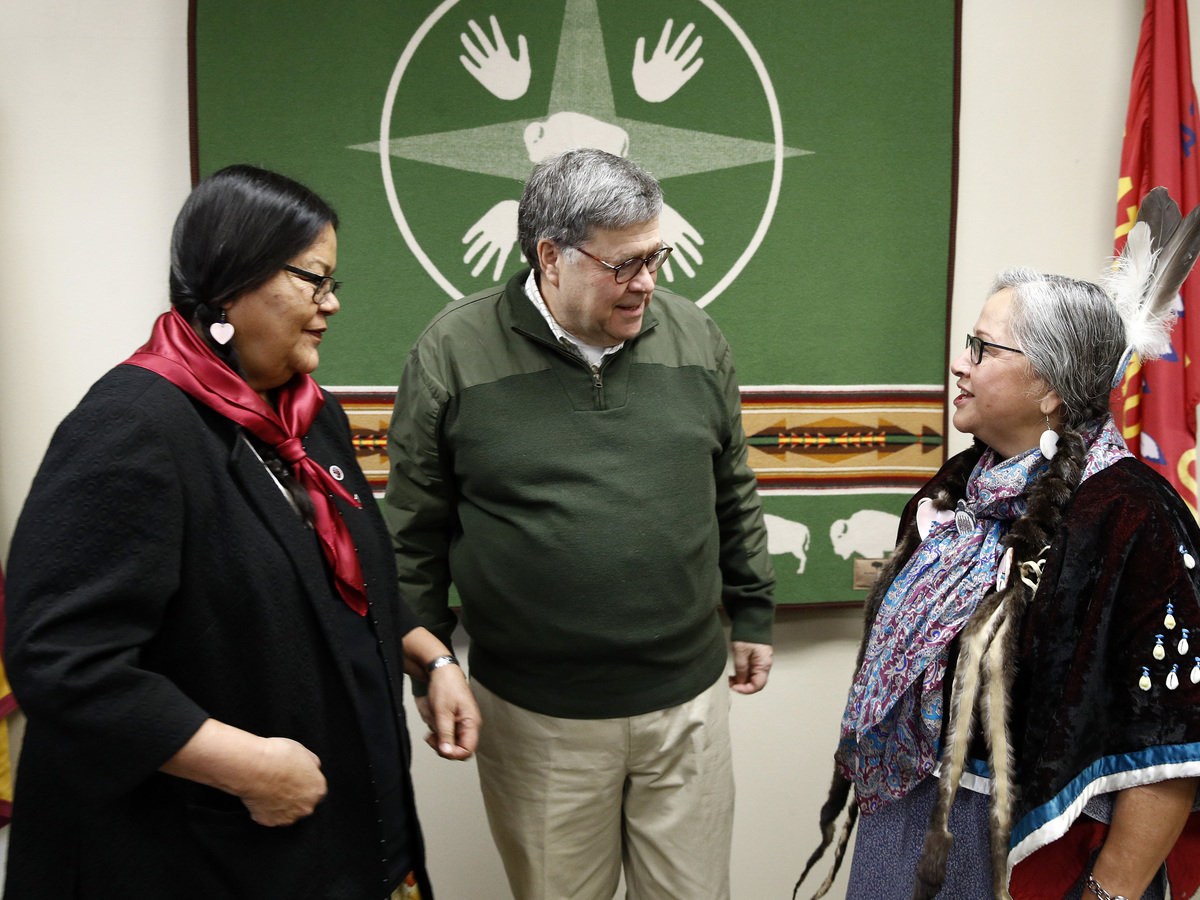 Attorney General William Barr speaks with Myrna DuMontier (left) and Charmel Gillin (right), councilwomen with the Confederated Salish and Kootenai Tribes on Friday on the Flathead Reservation in Pablo, Mont.

U.S. Attorney General William Barr announced a national plan on Friday to increase the federal government's role in reducing the number of Native Americans who are murdered or reported missing every year.

Barr announced the Missing and Murdered Indigenous Persons Initiative after a meeting with tribal leaders and law enforcement officials at the Flathead Reservation in Montana, home of the Confederated Salish and Kootenai Tribes.

"American Indian and Alaska Native people suffer from unacceptable and disproportionately high levels of violence, which can have lasting impacts on families and communities, Barr said in a statement. "Native American women face particularly high rates of violence, with at least half suffering sexual or intimate-partner violence in their lifetime. Too many of these families have experienced the loss of loved ones who went missing or were murdered."

"Native women living on tribal lands are murdered at an extremely high rate — in some communities, more than 10 times the national average, according to research funded by the Department of Justice. And in part because of jurisdictional challenges, the disappearances can be hard to track and prosecute."

And the crisis is not confined to reservations, as more than 70% of Native Americans in the U.S. live in urban areas. A study by the Urban Indian Health Institute found that in 2016 there were 5,712 reports of missing American Indian and Alaska Native women and girls, but the Justice Department's database of missing persons logged only 116 cases.

"This is the stuff we've been advocating for," Amber Crotty, a lawmaker on the Navajo Nation, told the Associated Press. "It's just funding a slice of it."