Accessibility links
Records Show Giuliani Aide Emailed White House To Help Set Up Call With Pompeo The talks took place near the time Giuliani and two of his associates were trying to push U.S. Ambassador to Ukraine Marie Yovanovitch out of her post in Kyiv. She was recalled from her post in May. 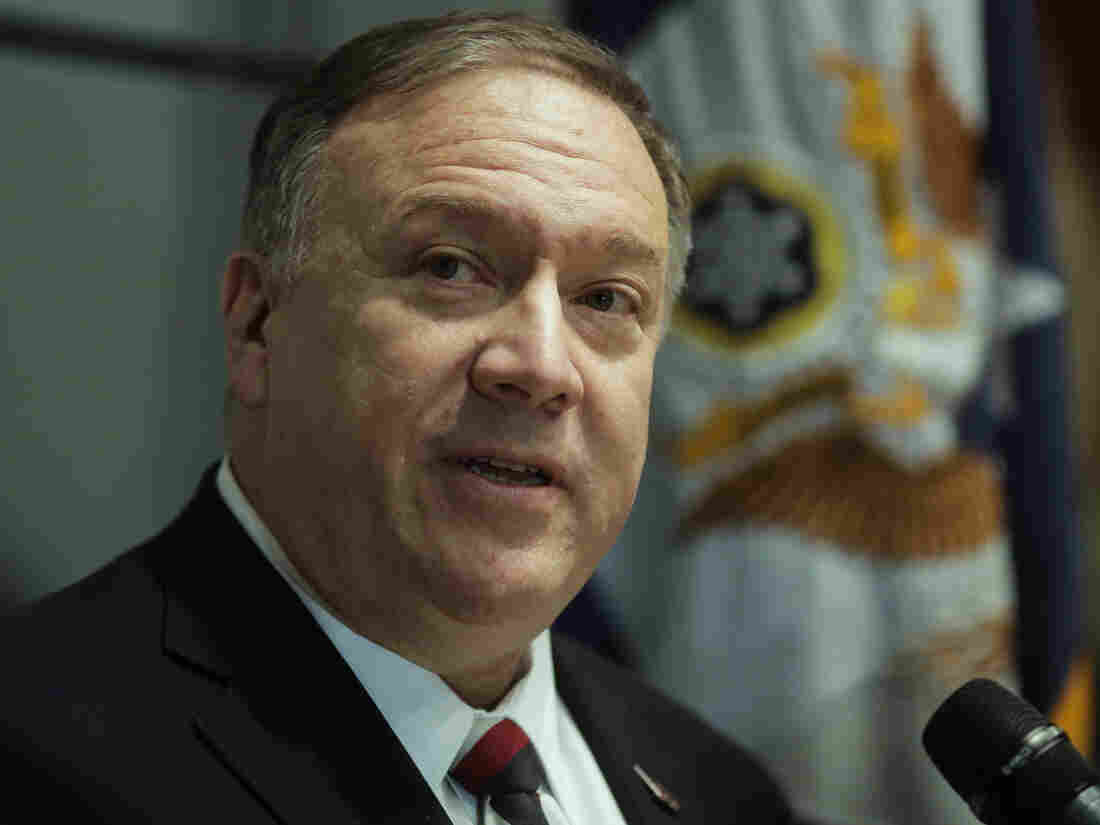 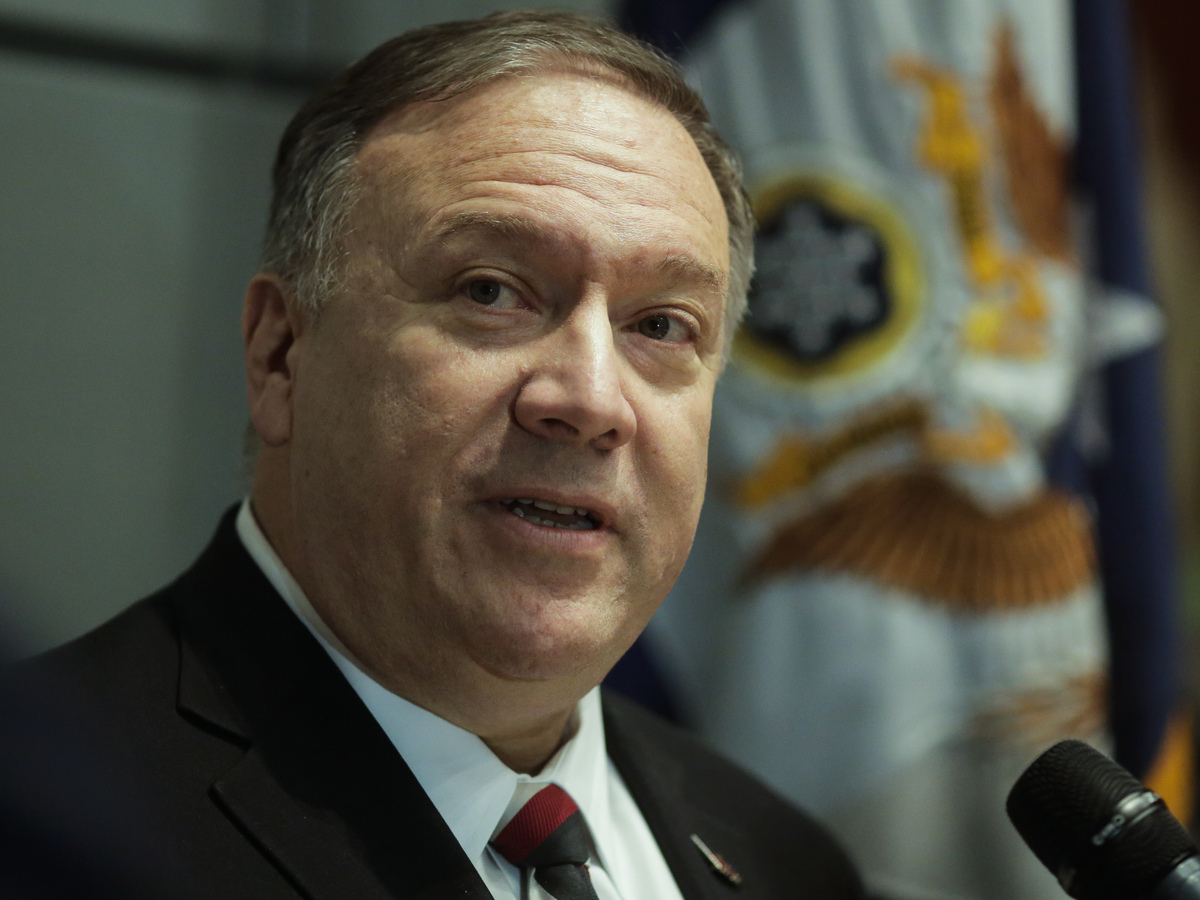 About 100 pages of newly released State Department documents show Secretary of State Mike Pompeo and President Trump's personal lawyer Rudy Giuliani had at least two phone conversations in the weeks before a U.S. ambassador in Ukraine was removed from her post.

Additionally, the files show a White House aide played a role in connecting Giuliani's team with officials at the State Department so that Giuliani could get on Pompeo's official call schedule in late March.

The conversations between Pompeo and Giuliani took place around the time Giuliani and two of his associates were working to push U.S. Ambassador to Ukraine Marie Yovanovitch from office. She was recalled from her post in Kyiv in May.

These events are central to the impeachment inquiry being led by House Democrats against President Trump. It also pulls Pompeo, who has sought to distance himself from the Ukraine affair, closer to the center of the crusade to oust Yovanovitch.

The documents were released late Friday by the group American Oversight, which bills itself as a nonpartisan ethics watchdog group. The documents were obtained through a Freedom of Information Act lawsuit filed by the organization.

Austin Evers, the executive director of American Oversight, promises more documents will be released in the future, adding the documents are evidence of "a clear paper trail."

"It reveals a clear paper trail from Rudy Giuliani to the Oval Office to Secretary Pompeo to facilitate Giuliani's smear campaign against a U.S. ambassador," Evers said in a statement.

The State Department has not responded to requests for comment.

What is in the documents?

The documents show Pompeo and Giuliani spoke twice in late March but do not reveal what was discussed.

The timing of the calls — and how they were arranged — appears to underscore testimony during this week's impeachment inquiry from U.S. Ambassador to the European Union Gordon Sondland, who testified that everyone "was in the loop" when it came to the Trump administration and the Ukraine affair.

The documents show that on March 27, Jo Ann Zafonte, an assistant to Giuliani, reached out to a White House aide for help arranging a call between Pompeo and Giuliani.

"Hate to bother you but might you be able to send me a good number," Zafonte writes, looking for the way to connect the two men. "I've been trying and getting nowhere through regular channels."

Zafonte's email was sent to Madeleine Westerhout, a former personal assistant to the president, who at the time was a key gatekeeper to the Oval Office.

Westerhout forwarded Zafonte's email to the State Department asking "What number can I give her for S?" S is a shorthand for the Secretary of State.

By the next day, Giuliani was on Pompeo's schedule, slated for a call on March 29.

Another document, dated March 28, has a subject line "S requested to speak with Mr. Giuliani." The unnamed emailer writes: "please advise if there will be any monitors." 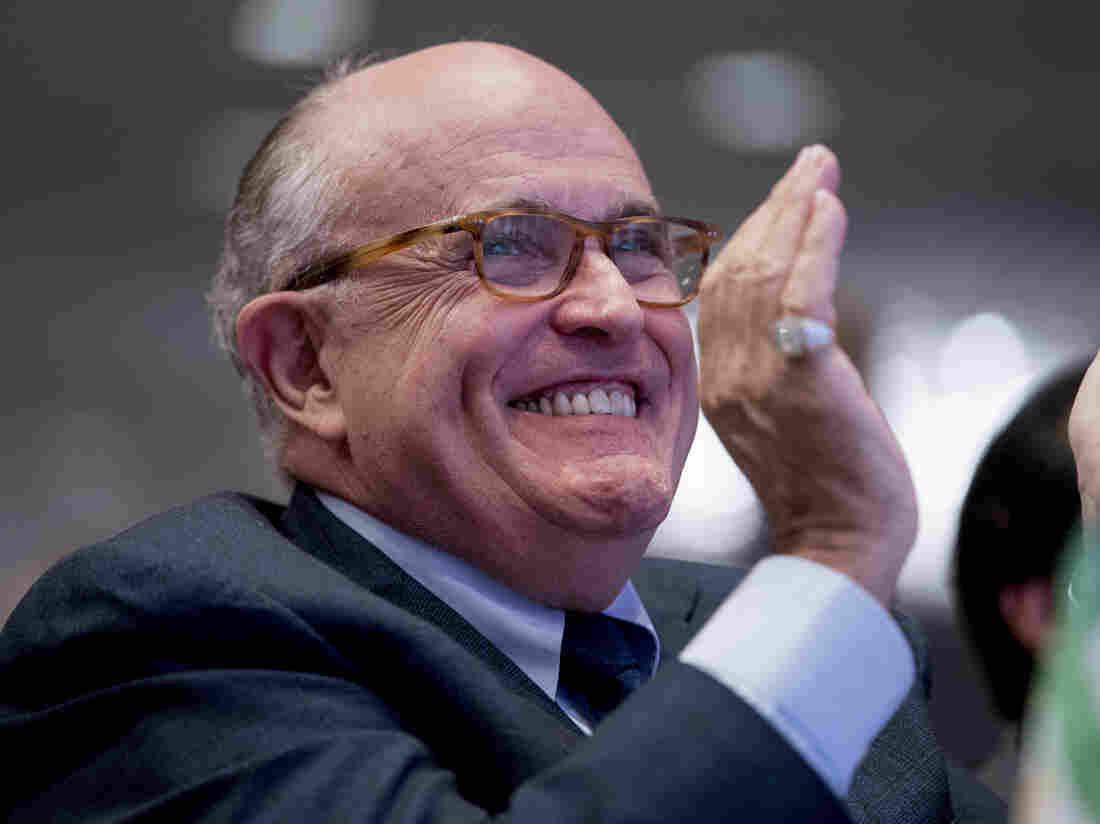 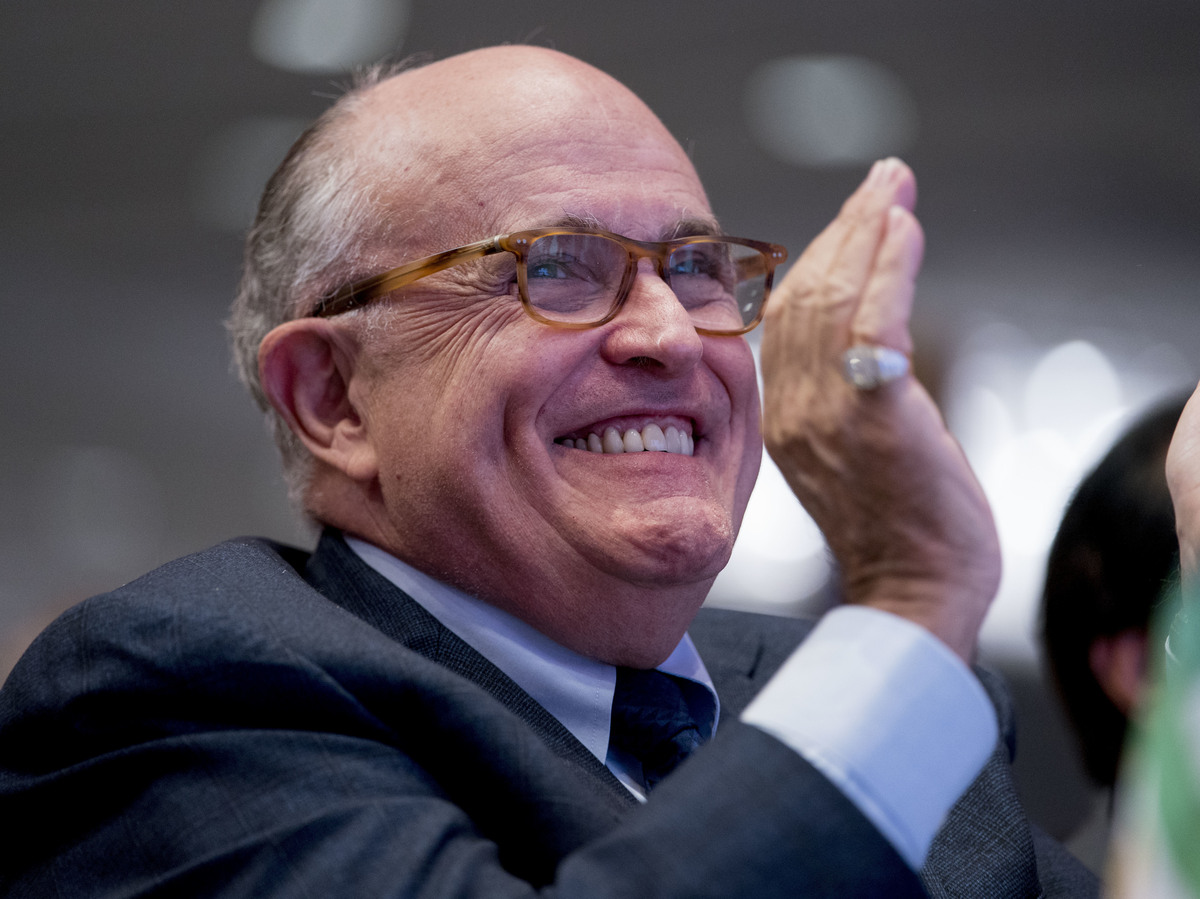 Rudy Giuliani, a personal attorney for President Trump, spoke to Secretary of State Mike Pompeo twice in March, according to documents obtained by the watchdog ethics group American Oversight.

Giuliani defended the calls with Pompeo, telling The Wall Street Journal on Saturday he reached out so that he could voice his reservations about Yovanovitch. Giuliani has claimed that Yovanovitch was openly critical of the president and was not doing enough to root out corruption in Ukraine.

The paper also notes that according to Giuliani, Pompeo asked him if he had written documents. The Journal writes:

" 'God almighty I have a lot of stuff in writing,' Mr. Giuliani said he responded. When Mr. Pompeo urged him not to 'flood' him with information, Mr. Giuliani said he decided to send over a nine-page document, dated March 28, that included allegations of impropriety against Ms. Yovanovitch, including that she was 'very close' to Joe Biden, the former vice president."

Yovanovitch told lawmakers leading the House impeachment inquiry that she did not "understand Giuliani's motives for attacking" her. In her testimony earlier this month, Yovanovitch said she felt "kneecapped" for political reasons.

"Shady interests the world over have learned how little it takes to remove an American ambassador who does not give them what they want," Yovanovitch said.

She added that in late April, she was told to be "on the next plane" from Ukraine back to Washington by a top State Department official. She told lawmakers she was informed "the President no longer wished me to serve as Ambassador to Ukraine."

Yovanovitch said she was never given a reason but was told she "had done nothing wrong."

President Trump sought to have Ukraine launch an investigation into former Vice President Joe Biden and his son, Hunter. Hunter served on the board of a Ukrainian energy company Burisma while his father worked on Ukraine policy during the Obama administration.

Trump and his allies have raised questions about Hunter Biden's payments from Burisma, alleging corruption may have taken place, though no wrongdoing has ever been proven.