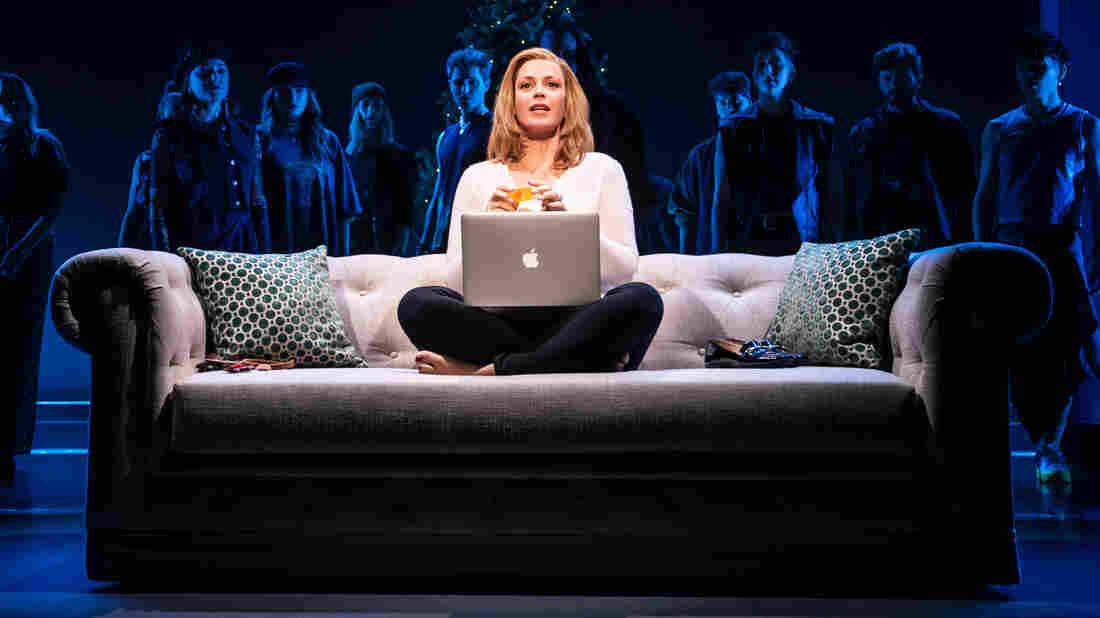 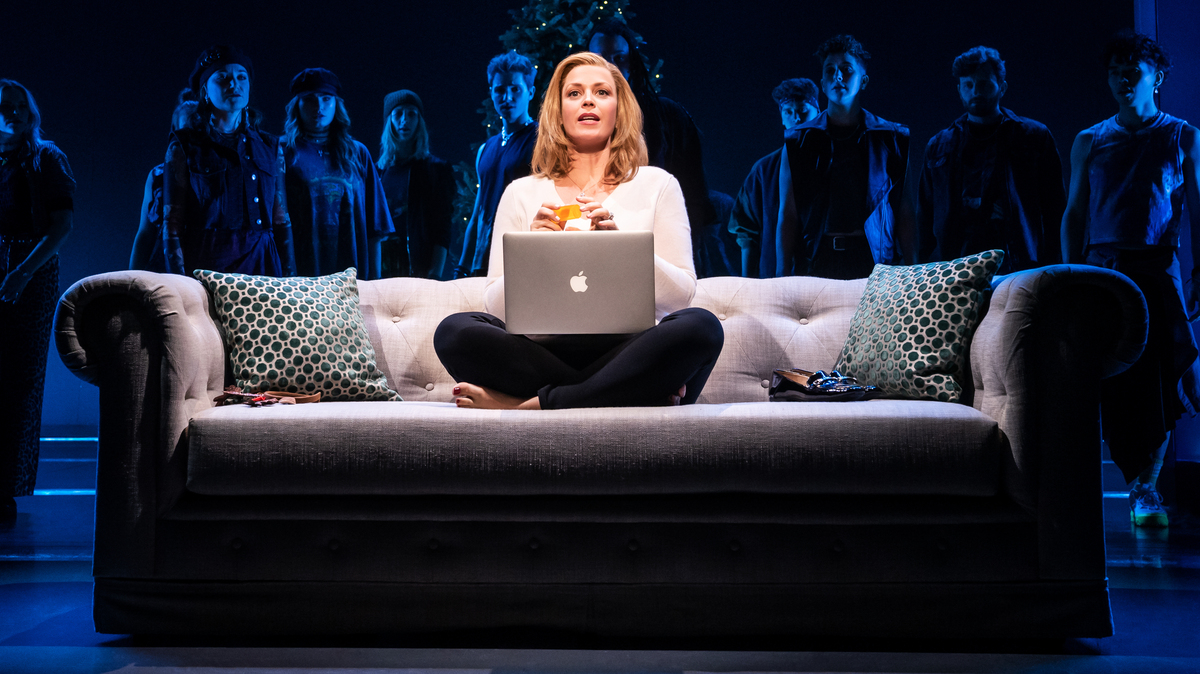 Matthew Murphy/Courtesy of the artist.

Jagged Little Pill, Alanis Morissette's 1995 breakthrough album, spoke to the angst of a generation. Her alt-rock opus is now having its Broadway moment, connecting to the rage of a whole new audience thanks to Diablo Cody, who went back to the songs on Jagged Little Pill to write her first musical. The Oscar-winning writer behind the movies Juno and Young Adult first heard the album when she was a teenager in suburban Chicago.

"I spent the entire summer kind of screaming along to those songs in my car when it came out," Cody says. "It was just irresistible to me."

While drawing inspiration from the album, the musical is not directly about Alanis Morissette. It tells a new story about the Healys, an American family that appears to be picture-perfect but, privately, is a mess. The dad's an overworked lawyer; the son struggles to please everyone; there's a rebellious adopted daughter; and the mom, Mary Jane, develops an addiction to painkillers to cope with the trauma of a past sexual assault. Played by Elizabeth Stanley, Mary Jane is constantly on the verge of a psychotic break, but she's the image of self-control. That composure is tested, however, when a similar incident of sexual assault affects a young girl in her community.

"I think sometimes with trauma, we can sit on it for years," says Tony Award-winner Diane Paulus, who directed the musical. "That's what we've learned through the #MeToo movement ... You can have had a trauma 20 years ago and it can live inside you."

The musical opened last year at the American Repertory Theater in Cambridge, Mass., but there were key changes made for Broadway — namely, one pivotal scene depicting a drug overdose.

"Sometimes we'd finish the number and people would start applauding," Paulus says. Although she knew people were applauding the virtuosity of the performance, Paulus said something had to change. "We cannot have applause there. It's this really devastating thing that's happening."

In the Broadway version, the scene is performed with a strobe light effect, resulting in only glimpses of the overdose.

"That was deliberate, to have the audience go, 'Oh, this is real, what's happening to her,' " Paulus says.

Characters outside the Healy family are also going through pain. The character Joanne, played by Lauren Patten, has her heart broken by Mary Jane's daughter, Frankie. In a pivotal scene, she sings Morissette's iconic anthem "You Oughta Know," which has had audiences pumping their fists and dancing in their seats.

Jagged Little Pill covers a lot of ground. In fact, Cody acknowledges that it may have attempted to tackle too many issues. "It really is like 'Hashtag: the Musical.' It's so much. We have the opioid epidemic, the crazy political stuff that's happening, global warming, #MeToo — all of it."

If all of this seems like a lot, the show's creators are here to remind you of the chaos that they felt in the 1990s, and that we're all still feeling it today.

The audio of this story, as did a previous Web version, identifies a scene with strobe lights as depicting a sexual assault. That scene depicts a drug overdose.