Accessibility links
Navy Secretary Richard V. Spencer Forced Out Amid Controversy Over SEAL Case The Pentagon says the defense secretary asked for Spencer's resignation after "losing trust and confidence in him." Spencer said President Trump deserved a Navy chief "who is aligned with his views." 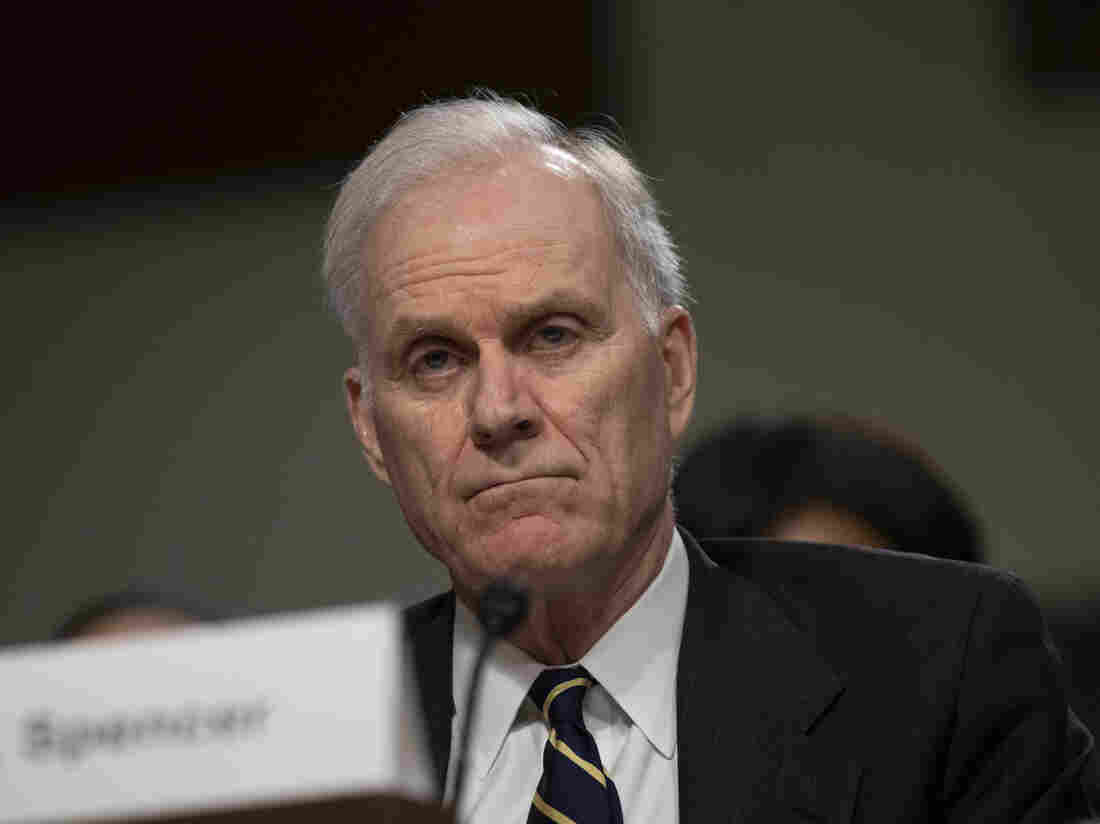 Secretary of the Navy Richard Spencer has been pushed out over his handling of the case of a Navy SEAL accused of war crimes. Spencer is seen here testifying during a Senate Armed Services Committee hearing in April. Alex Edelman/Getty Images hide caption 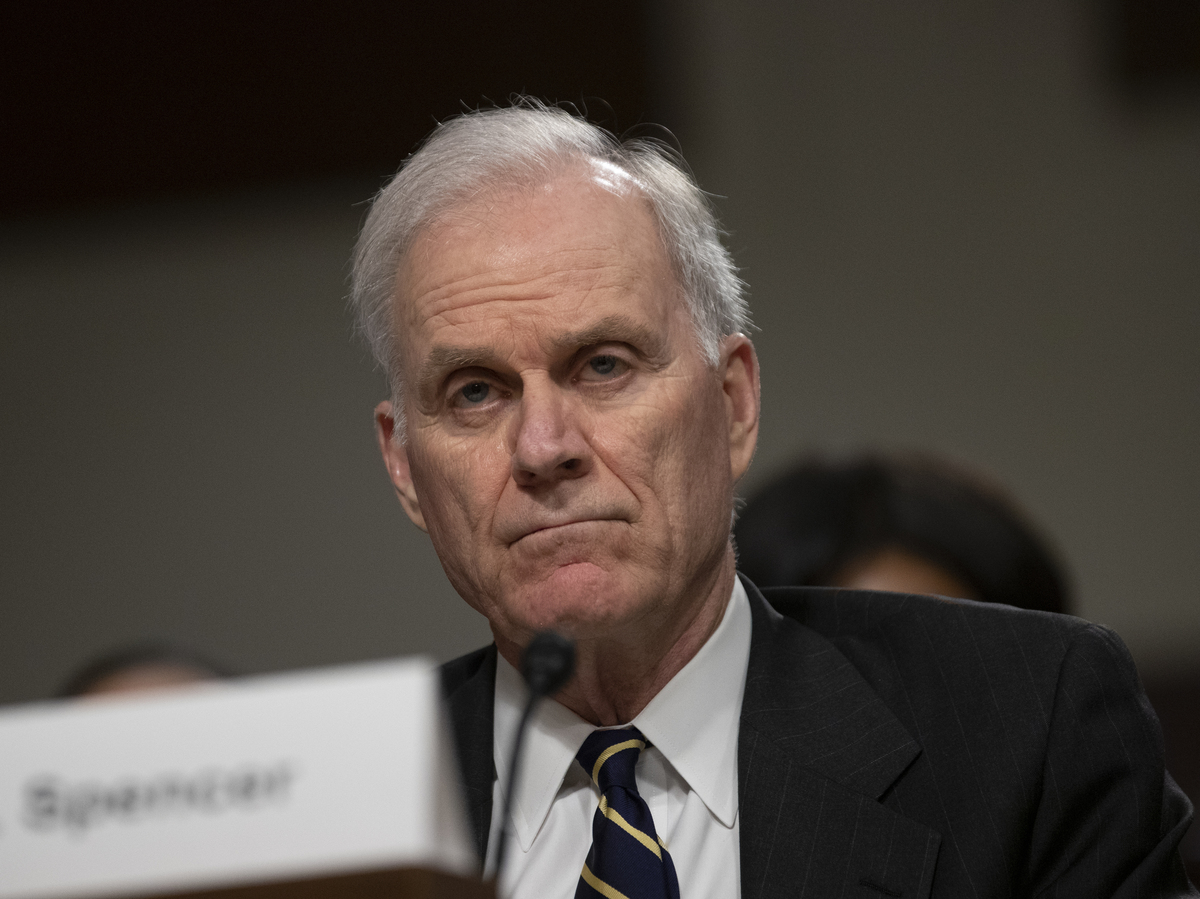 Secretary of the Navy Richard Spencer has been pushed out over his handling of the case of a Navy SEAL accused of war crimes. Spencer is seen here testifying during a Senate Armed Services Committee hearing in April.

Richard V. Spencer has been terminated as secretary of the Navy after his handling of the case of a Navy SEAL accused of war crimes came under rebuke by the defense secretary.

"Secretary of Defense Mark T. Esper has asked for the resignation of Secretary of the Navy Richard Spencer after losing trust and confidence in him regarding his lack of candor over conversations with the White House involving the handling of Navy SEAL Eddie Gallagher," the Defense Department said in a statement on Sunday.

Gallagher is the Navy SEAL who was acquitted of murdering a wounded Islamic State militant in Iraq in 2017 but was later convicted of posing with the body of the dead prisoner.

Despite Trump Support, Navy Board May Strip Eddie Gallagher Of SEAL Status

According to the Pentagon statement, Esper learned Friday that Spencer had privately made an offer to the White House to allow Gallagher to retire as a Navy SEAL with his Trident insignia. The Washington Post reports that the proposal was conditioned on the Trump administration agreeing not to interfere in the proceedings against Gallagher.

Earlier this month, President Trump restored Gallagher's rank after he had been demoted to petty officer first class. He also issued pardons to an Army major who faced a murder trial next year and a first lieutenant convicted in 2013 of the murder of two unarmed men in Afghanistan.

The president did not pardon Gallagher, but he has been insistent that he should be able to retire from the service with his Trident pin.

Spencer initially thought there may have been a way that Gallagher could leave with his rank and Trident badge intact, according to a senior Defense Department official.

But once President Trump got involved, the official said, it set in motion "processes that needed to go forward to maintain good order and discipline," the official said. "[Spencer] believes in the process the Navy has."

"If the president had not intervened, there was a path forward to keep his Trident and retire as chief," the official said, adding that Gallagher "accepted no responsibility" and not once said he was wrong.

In a series of tweets after the Pentagon announcement on Sunday, President Trump said he was "not pleased" with how Gallagher's case was handled.

"He was treated very badly but, despite this, was completely exonerated on all major charges," the president said.

I was not pleased with the way that Navy Seal Eddie Gallagher’s trial was handled by the Navy. He was treated very badly but, despite this, was completely exonerated on all major charges. I then restored Eddie’s rank. Likewise, large cost overruns from past administration’s.....

Trump thanked Spencer for his service and said that Gallagher "will retire peacefully with all of the ... honors that he has earned, including his Trident Pin."

The president said he plans to nominate Kenneth Braithwaite, the current U.S. ambassador to Norway, to succeed Spencer.

Esper said in a statement that he was "deeply troubled" by Spencer's conduct. "Unfortunately, as a result I have determined that Secretary Spencer no longer has my confidence to continue in his position," he said. "I wish Richard well."