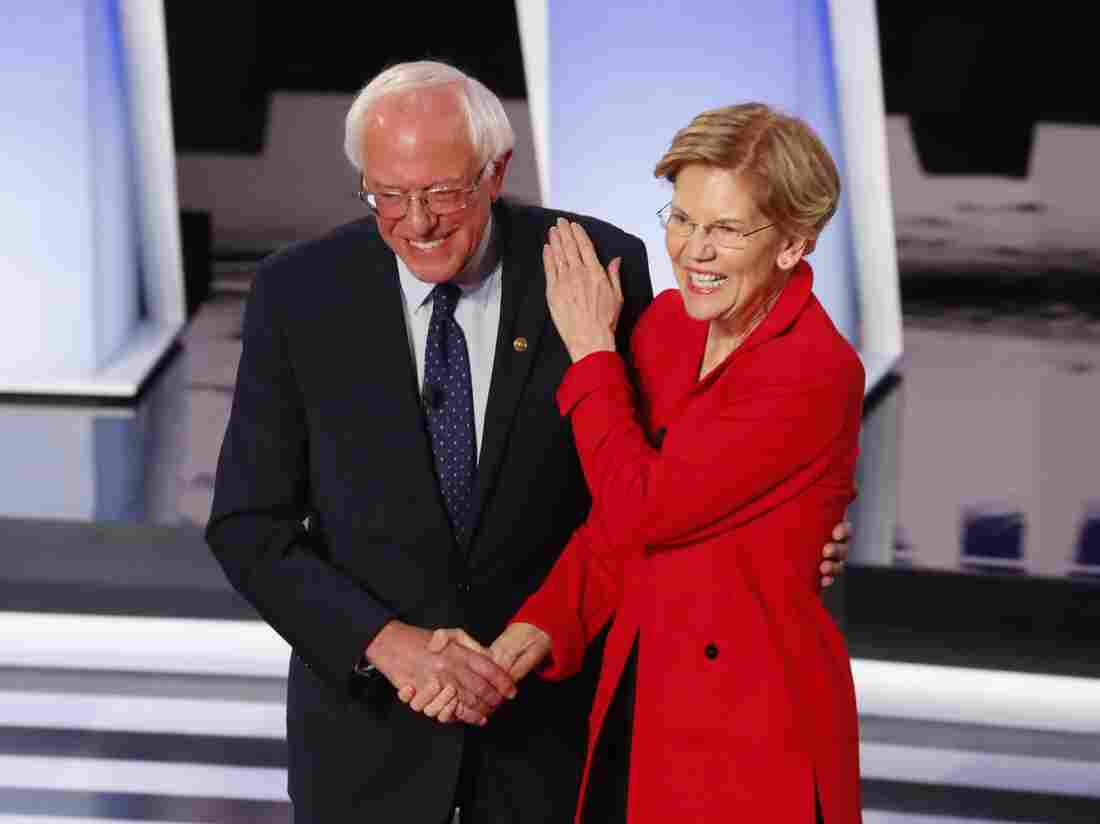 Sen. Bernie Sanders, I-Vt., and Sen. Elizabeth Warren, D-Mass., are proposing to forgive student debt for most Americans. They greet each other at a Democratic primary debate in July. Paul Sancya/AP hide caption 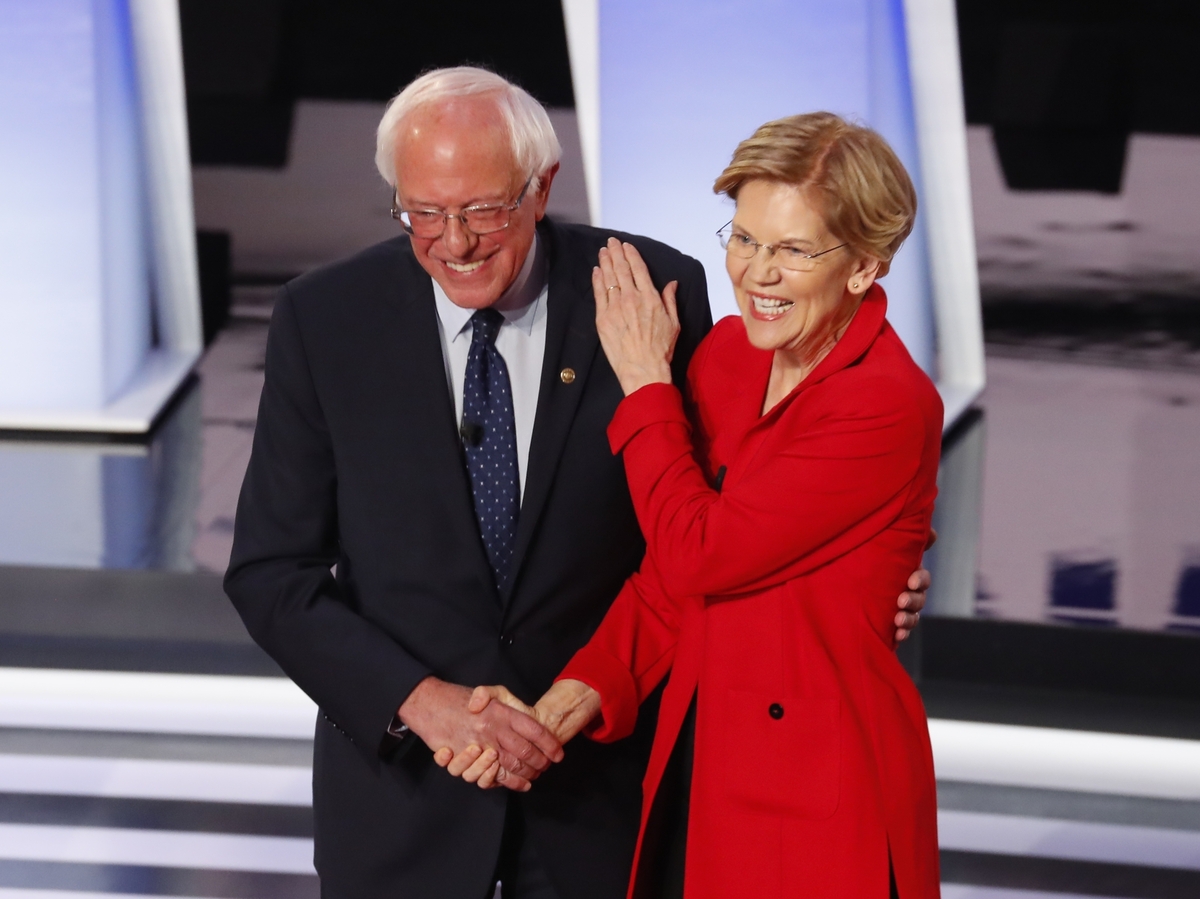 Sen. Bernie Sanders, I-Vt., and Sen. Elizabeth Warren, D-Mass., are proposing to forgive student debt for most Americans. They greet each other at a Democratic primary debate in July.

Presidential hopefuls Elizabeth Warren and Bernie Sanders want to tear up your student loans and set you financially free. That's popular among voters – especially those struggling to pay off this debt.

Other Democratic candidates have more modest plans. But economists say the dramatic proposals from Sanders and Warren to free millions of Americans from the burden of student debt could boost the economy in significant ways and help combat income inequality.

Warren would forgive up to $50,000 for most people. Sanders would go further with total loan forgiveness. But with these plans having a price tag north of $1 trillion, such legislation would come with plenty of risks.

The reason debt forgiveness could have a big impact on the overall economy is that a generation of Americans is making major life decisions differently because of student loans.

"Children, it's not about if you want them," says Laura Greenwood in Montpelier, Vt. "It's about can you afford them?"

Greenwood works for the state education agency. She's 30 years old and makes $63,000 a year. "I make probably a better salary than a lot of my peers." 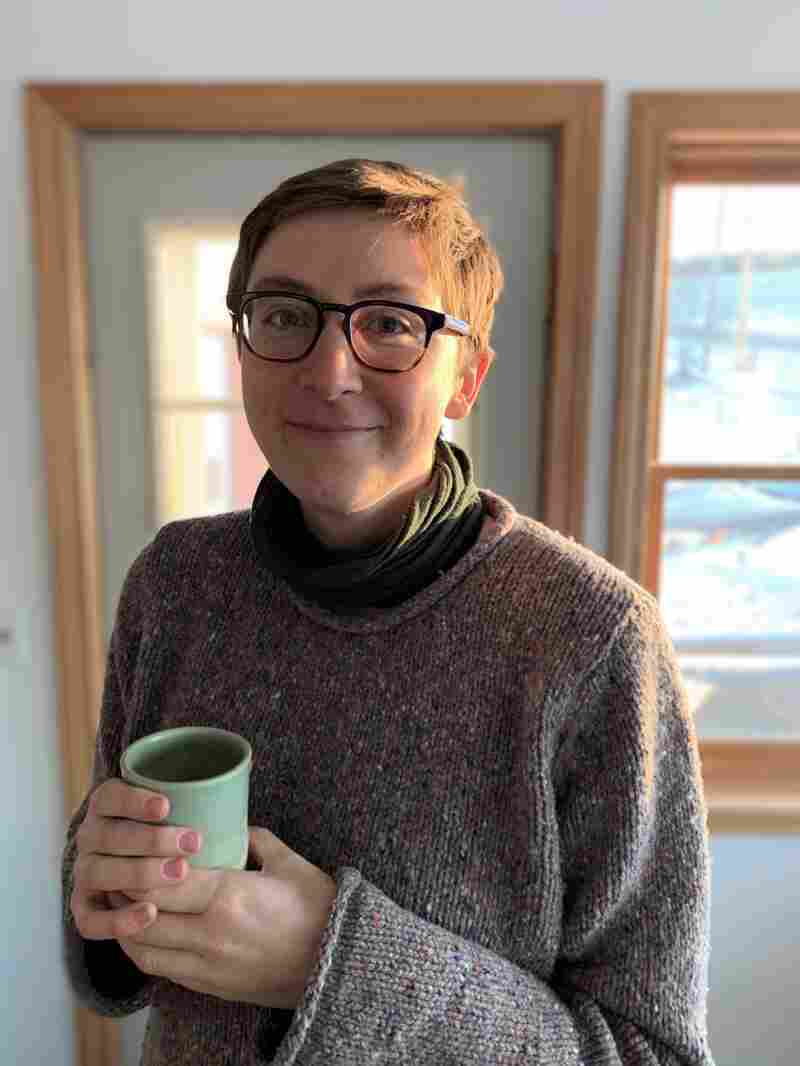 Laura Greenwood in Montpelier, Vt., says she can't afford to start a family because of her student loan debt. Courtesy of Laura Greenwood hide caption 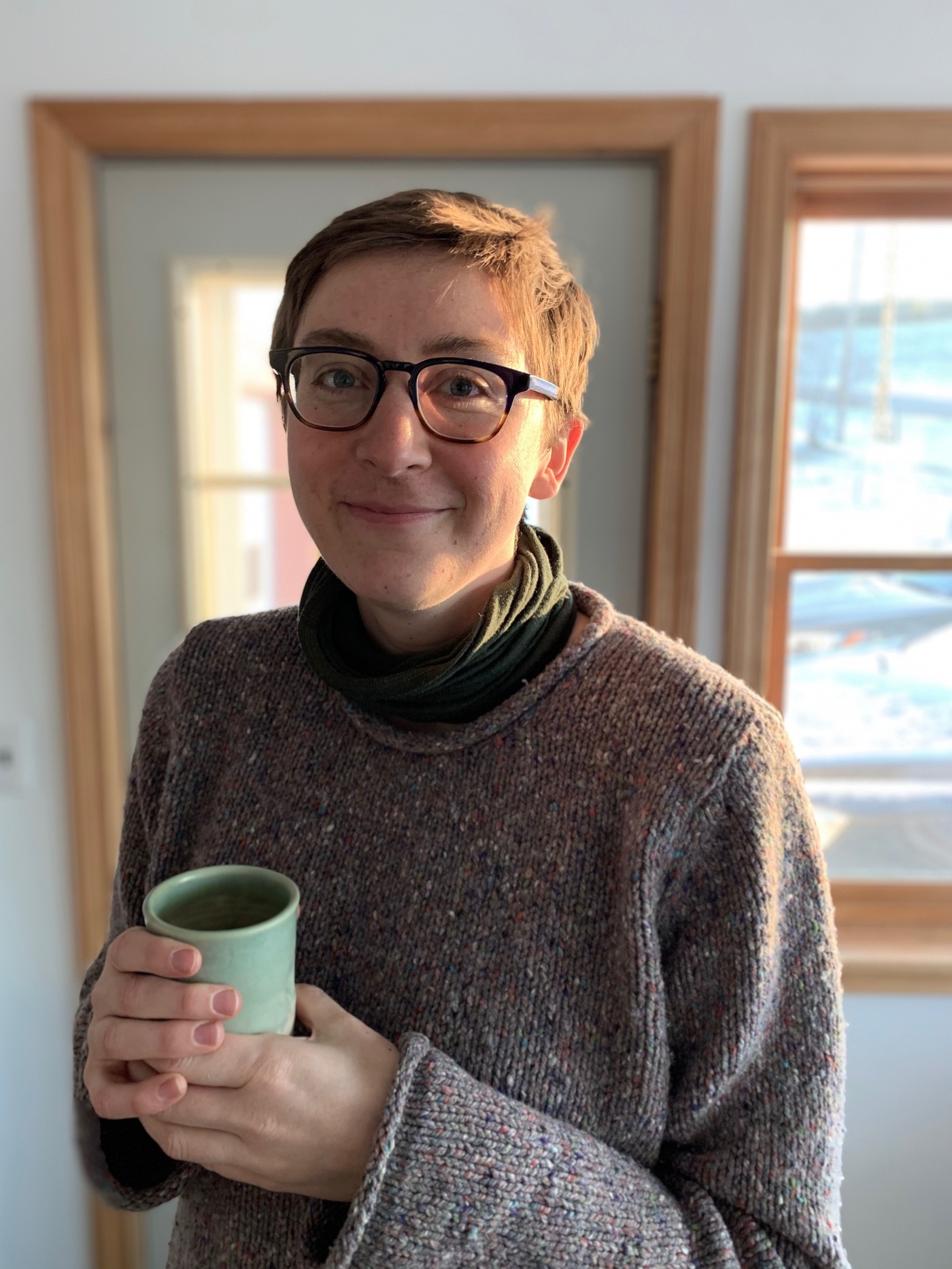 Laura Greenwood in Montpelier, Vt., says she can't afford to start a family because of her student loan debt.

But after paying for college and grad school, Greenwood owes $96,000 in student loans. And she says that's got her and her partner feeling frozen. "Yeah. It's always, we're interested in having kids, but just cost of living and all our other bills and then the student loans, it's just like the final straw." She says it makes starting a family feel impossible.

So if people like Greenwood suddenly had this millstone of debt lifted from their necks, it stands to reason that would unleash pent-up desires and spending that would be good for the economy. A lot more people would have kids, or start businesses, or buy houses.

"In the short term, it would be very positive for the housing market," says Lawrence Yun, the National Association of Realtors chief economist. He says his group's surveys show that student debt has people delaying homeownership by five to seven years.

He's not endorsing any particular plan, but he estimates that broad loan forgiveness would push up the number of home sales quite a bit. "Home sales could be, say, 300,000 higher annually if people were not saddled with large student debt." Yun says that would be "a boost to the housing sector as well as the economy."

The effects would go beyond the housing market. William Foster is a vice president with Moody's, which just did a report on student debt forgiveness. "There've been some estimates that U.S. real GDP could be boosted on average by $86 billion to $108 billion per year," which is "quite a bit," he says. "That's if you had total loan forgiveness." Foster says it wouldn't have to be total forgiveness to see significant results. And he says it could also help address rising income inequality.

"Student loans are now contributing to what's perceived as lower economic prospects for younger Americans," Foster says. After all — millions of people are delaying homeownership. And that's the most powerful way for most working and middle class people to build wealth.

But while the idea of loan forgiveness is enticing, it would not be free. And this is a big reason plenty of politicians and policy experts are not on board. This would be expensive. Foster says Americans owe a lot of money on those student loans. "About 1.5 trillion. And that's more than auto loans and credit cards. They're the second-biggest debt item for households."

Foster says most of these loans are from the federal government, and it could forgive them. But that would mean giving up the $85 billion in annual revenue it's currently collecting on these loans. And, he says, "That would result in a wider fiscal deficit."

Also, taxing people to make up the difference would be a drag on the economy. Economists say whether the boost from the stimulus of debt forgiveness was stronger than the drag from raising the revenue another way would depend on the details of the legislation should it come about.

And there are other issues. Many people would oppose a giveaway to, say, lawyers and doctors who stand to make a lot of money in the future but happen to have a lot of student loan debt. And you probably wouldn't want to tax the working class to pay for higher-income college graduates' loan forgiveness. That's why presidential candidates are proposing to tax the wealthy to pay for it — which, by the way, Foster says would also create less drag on the economy from the taxes because wealthy people's spending patterns are less influenced by such changes than people in lower income brackets.

Foster says there could also be what's called a moral hazard factor here for future students. "Those students might expect future loan forgiveness and therefore they'll take out even more money than they might have otherwise."

That could create even greater levels of student debt. So there are plenty of potential pitfalls in all this. But policymakers who are pushing for loan forgiveness say they have plans to make it both fair and good for the economy and to do it in a way to make education more affordable for future students so they wouldn't have to take on so much debt.