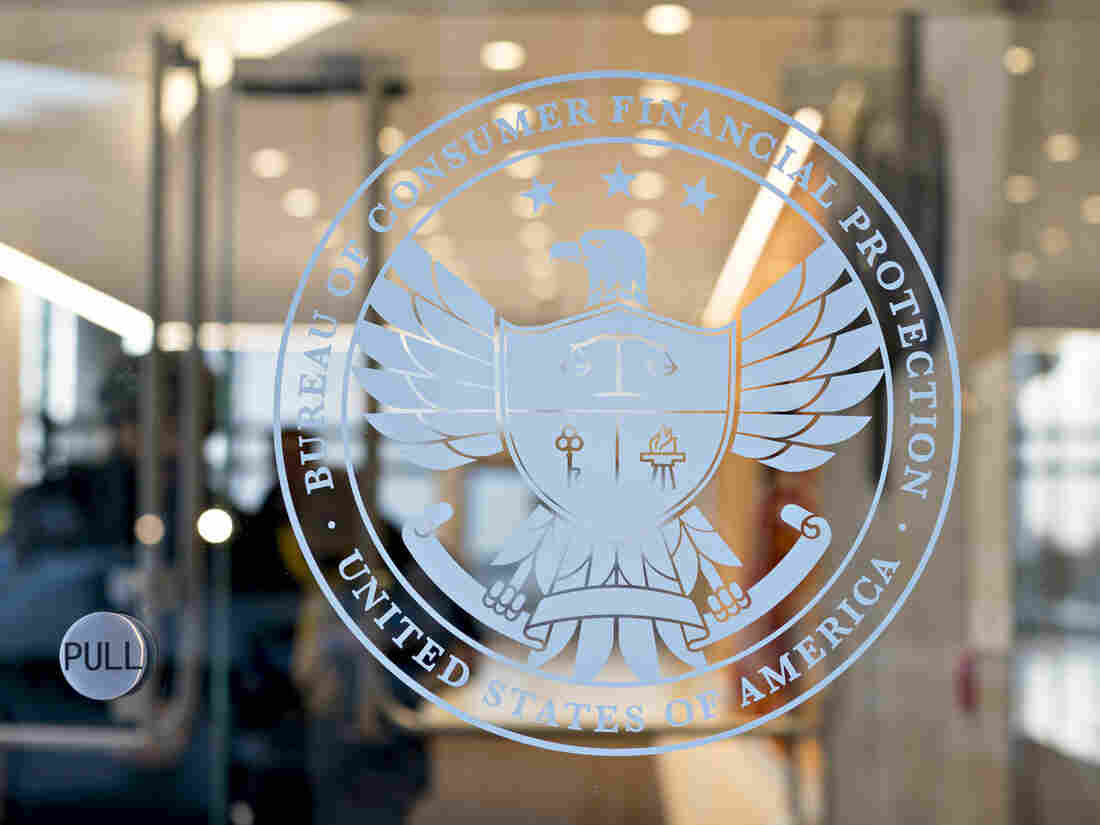 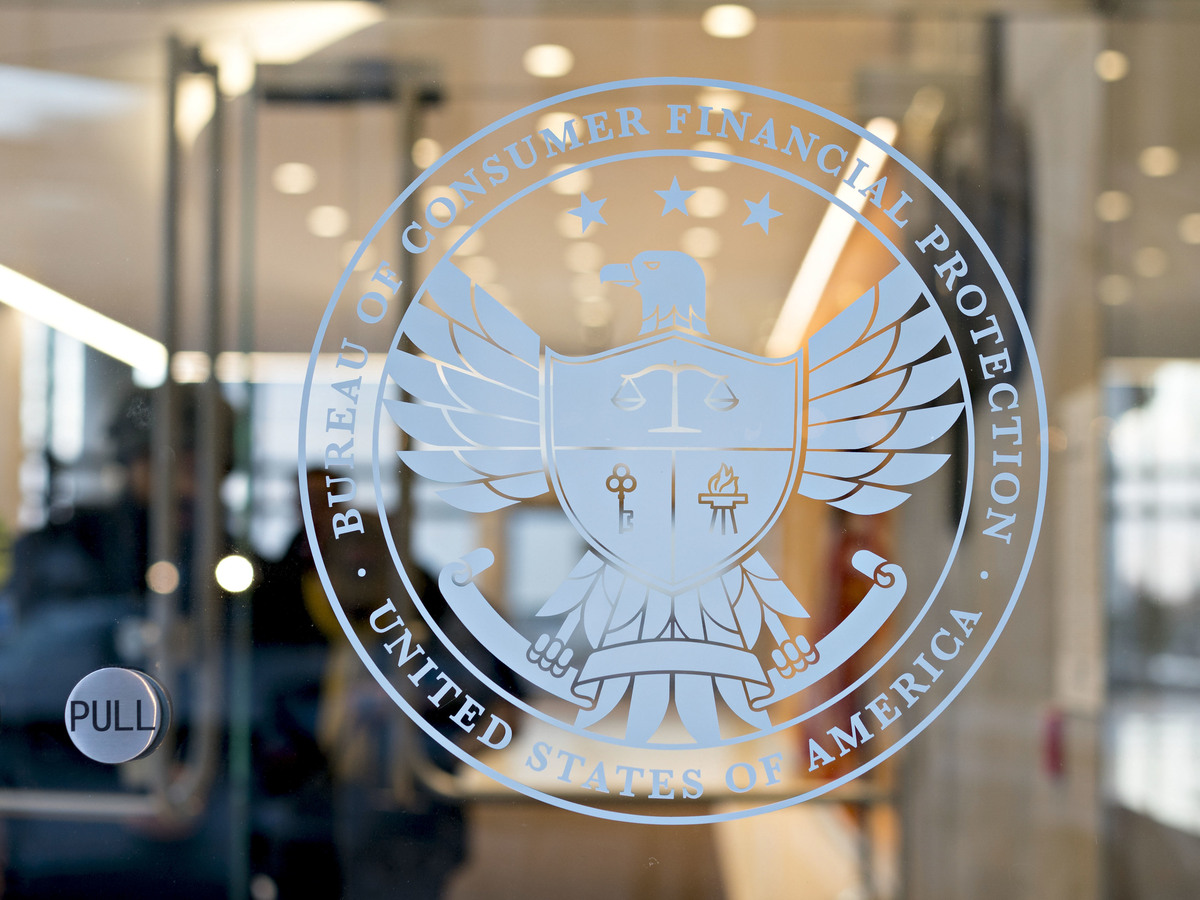 A nonprofit student loan group alleges that the Consumer Financial Protection Bureau has abandoned its duty to police widespread mismanagement of a loan forgiveness program for public service workers.

A nonprofit student loan group is suing the nation's most powerful consumer watchdog agency. The lawsuit, first obtained by NPR, alleges that the Consumer Financial Protection Bureau has abandoned its obligation to oversee companies that manage student loans, in particular a troubled loan forgiveness program.

"We are suing the Department of Education and the CFPB because they are not doing their jobs," says Natalia Abrams, the founder of Student Debt Crisis. Abrams' group works both on policy issues and directly with borrowers.

But she says a breakdown in government supervision has created such a mess that her organization is getting overrun with calls from people who need help. The lawsuit essentially says it's not OK that Abrams' group has been forced to divert resources to handle a problem the government should be dealing with.

Abrams says that as she tries to run her organization, she's constantly pulled away from her main duties. "Over the past year, I have spoken with hundreds of borrowers, sometimes multiple borrowers, every single day and had to break their hearts," she says.

Abrams says that's because she has to give people the bad news that they've fallen victim to problems with the Public Service Loan Forgiveness program, or PSLF.

The government program promises firefighters, public defenders, teachers, people who work at nonprofits and others that if they make payments for 10 years, the remainder of their federal student loans will be forgiven. Congress created the program in 2007 to encourage people to work in public service jobs that are often lower-paying than other careers.

Abrams says that's a noble goal, but the program has been badly mismanaged. The Department of Education's own accounting shows that 99% of people who have applied for loan forgiveness have been rejected.

"My decision to be a public servant, join the military, was 100% based on that government promise," says Jeremy, who now works as a police officer in Michigan. He doesn't want to use his last name because of his police work. 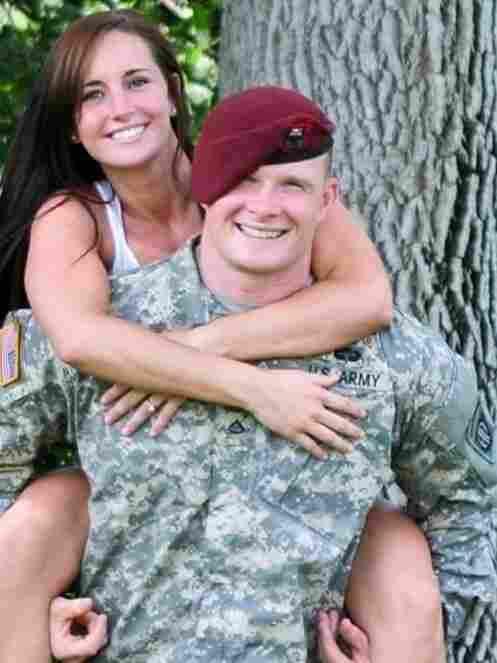 Jeremy and his wife, Chelsea, say they made payments for more than eight years, but none counted because they got bad advice from call center workers at loan servicing companies. So their combined $119,000 in student debt is not being forgiven. Family photo hide caption 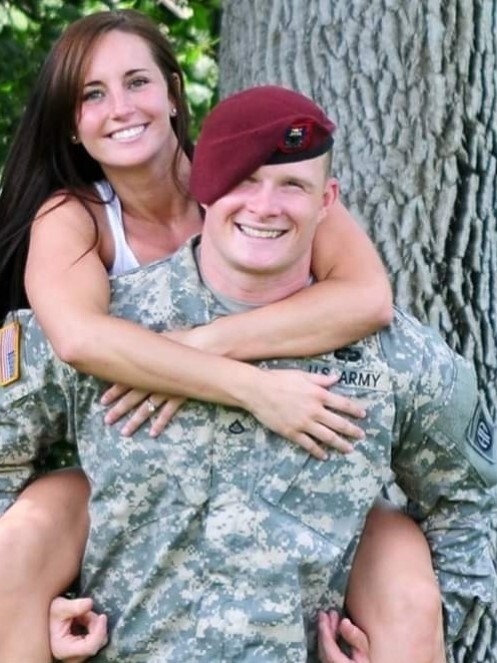 Jeremy and his wife, Chelsea, say they made payments for more than eight years, but none counted because they got bad advice from call center workers at loan servicing companies. So their combined $119,000 in student debt is not being forgiven.

Jeremy says he and his wife, a public school teacher, both have made loan payments for eight years. But now a loan servicing company managing the loan forgiveness program for the Department of Education tells them none of those payments counted toward the program.

That means the couple's combined $119,000 in student debt is not forgiven. Jeremy says "the thing that that hurts the most" is watching his wife, Chelsea, struggle with this. "She gets off the phone with a servicer and they tell her she only has one qualifying payment and I've got to watch her cry and tell her it's going to be OK," he says.

He says their student debt now has Chelsea regretting she ever became a teacher because she makes too little money to pay it off. "She tells me that she should have done something else. And she loves her job," Jeremy says. "It's hard not to feel betrayed."

The suit cites multiple other lawsuits, filed by prosecutors in New York, Massachusetts and other states, alleging widespread misconduct by loan servicers. It says that "rather than addressing the servicer misconduct detailed in those lawsuits, the Department of Education has tried to prevent these suits from going forward."

Meanwhile, the lawsuit says the CFPB "has its own mandate to supervise these servicers." But, the lawsuit says, when Trump administration officials assumed control of the CFPB in 2017, the agency arbitrarily "changed its policy" and unlawfully decided "to abandon [its] obligation" to police the servicing of more than 90% of student loans.

That's despite thousands of complaints from people who say they're being treated unfairly. Jeremy, the police officer in Michigan, says he and his wife made more than a dozen phone calls to call center workers every year. "We'd say, 'Please, for the love of God, you gotta help me,' " he says.

But Jeremy says the couple kept getting bad advice. He says call center workers steered them into the wrong repayment plans or into other moves that disqualified them from loan forgiveness.

Many other public service workers report similar problems. But the lawsuit alleges that loan servicers "continue to mislead student loan borrowers and the magnitude of the problem continues to worsen."

The lawsuit cites an NPR report in which sources said the CFPB early last year sent teams of examiners into servicing companies to try to root out problems. But the Education Department told servicers not to share information with the examiners. Basically, it's a turf fight — the department argues that the CFPB doesn't have jurisdiction over the more than $1.5 trillion of federal student loans.

But since the Trump administration took over control of the bureau, Gupta says, it hasn't been doing that. "The Consumer Financial Protection Bureau is completely abdicating its legal responsibility to oversee the vast majority of student loan debt," he says.

In a statement, Department of Education press secretary Angela Morabito said the high denial rates in the Public Service Loan Forgiveness program are "by Congressional design, not by accident or failed implementation by the Department." And she noted that the department has created a help tool for borrowers and has increased its outreach to them.

The Student Loan Servicing Alliance, an industry group, said in a statement that servicers "continue to focus on simplifying federal rules and requirements so borrowers can better understand their options and have actively provided feedback to Congress and regulators on how to improve the loan programs. Those efforts can actually benefit borrowers and so remain our focus."

Michael Martinez is a lawyer with Democracy Forward, which is bringing the lawsuit on behalf of the student loan group. The suit does not seek any damages.

Rather, it asks the court to order the CFPB to actively start engaging to find problems and get them fixed so people aren't being treated unfairly. "Our goal," Martinez says, "is to have the court come in and say, 'You have this responsibility, you're not doing it, and the law requires you to.' "