Accessibility links
T-Mobile Has A Trademark On Magenta, Demands An Insurance Company Stop Using It The mobile phone carrier is serious about the color associated with its brand. Now, a legal dispute involving T-Mobile's parent is raising the question: Is it possible to own a color? 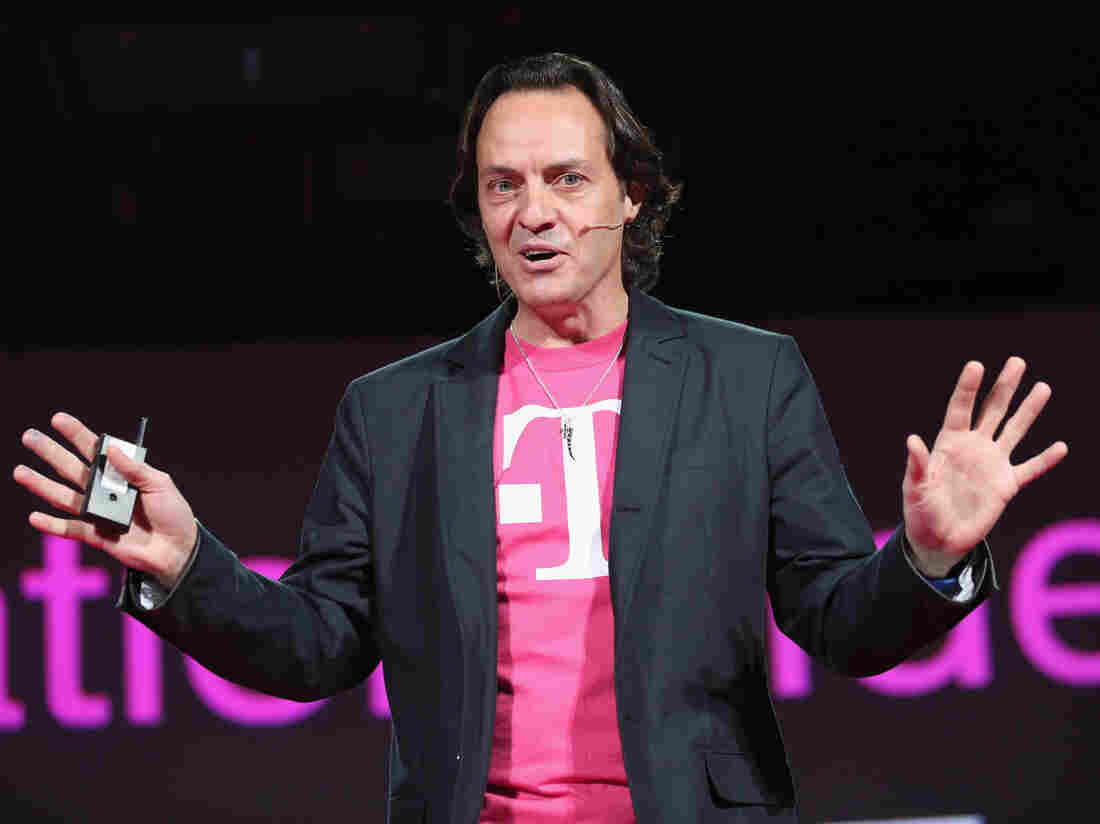 John Legere, CEO and president of T-Mobile USA, sports one of his distinctive magenta T-shirts. Its parent, Deutsche Telekom, is telling a small insurance company not to use the color. John Moore/Getty Images hide caption 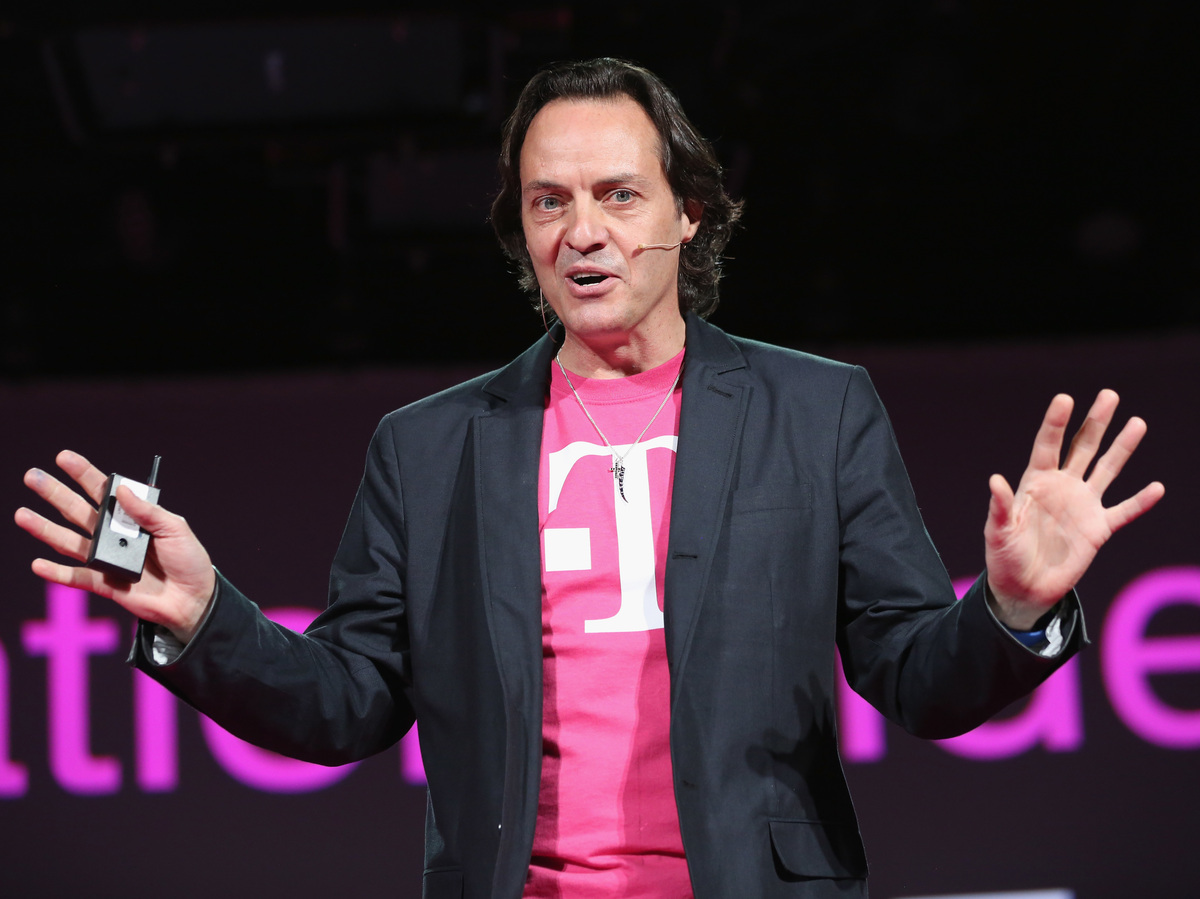 John Legere, CEO and president of T-Mobile USA, sports one of his distinctive magenta T-shirts. Its parent, Deutsche Telekom, is telling a small insurance company not to use the color.

Daniel Schreiber, the CEO of a small insurance company called Lemonade, was surprised this summer when he received a strongly worded letter from lawyers at one of the world's biggest telecom companies.

"At some level I knew it wasn't a joke, but it sure sounded like one," he said.

The letter was from Deutsche Telekom, the parent company of T-Mobile, and it accused Lemonade of stealing its trademark.

But, oddly, the dispute wasn't over the name T-Mobile or even its logo or tagline. It was over a color. In this case, Pantone Rhodamine Red U, also known as magenta.

"You're talking about the one of the three ink cartridges in every printer in the world," Schreiber said. "The idea that a company can trademark it and own it, just defied belief and I was in a state of disbelief."

Lemonade does use a lot of magenta in its branding — though Schreiber insists it's actually pink — and T-Mobile was essentially saying: Hey, back off our color.

This isn't T-Mobile's first color-based legal dispute. In 2014, the company sued rival AT&T for using a shade of plum that was suspiciously similar to magenta. And over the years T-Mobile has gone after a lot of other companies, including a British IT firm and a now-defunct smartwatch maker.

T-Mobile told NPR that it has lots of businesses beyond just wireless service and the company feels it's important that there's no confusion when customers see the color magenta.

T-Mobile has really leaned into its association with the color. Aside from being splashed across all of its branding, its CEO, John Legere, never goes out in public without a magenta T-shirt and his custom-made magenta sneakers. He even dyed his hair magenta earlier this year.

So, can a company really claim ownership over a color?

It can, according to Robert Zelnick, a trademark attorney at McDermott Will & Emery. He says it all goes back to the 1980s and a company called Owens Corning, which makes pink fiberglass insulation for houses.

"They claimed rights to the color pink for fiberglass insulation," Zelnick says. "Some people will remember the 'think pink' campaign and the Pink Panther and lots of other tie-ins for that."

Zelnick says Owens Corning was able to prove that the brand was linked to the color pink in people's minds, and the company was granted a trademark on the color, upending more than a century of conventional legal wisdom.

Many companies have since gone to court to protect their distinctive hues. Think Tiffany blue or Cadbury purple.

But will the courts allow T-Mobile to keep magenta? Schreiber, the CEO of Lemonade, says he's determined to make sure that doesn't happen.