Accessibility links
India Acknowledges Lunar Lander Crashed The robotic Vikram craft would have made India the fourth country to successfully land on the moon. Instead, contact was lost — and now, authorities have formally acknowledged it crashed. 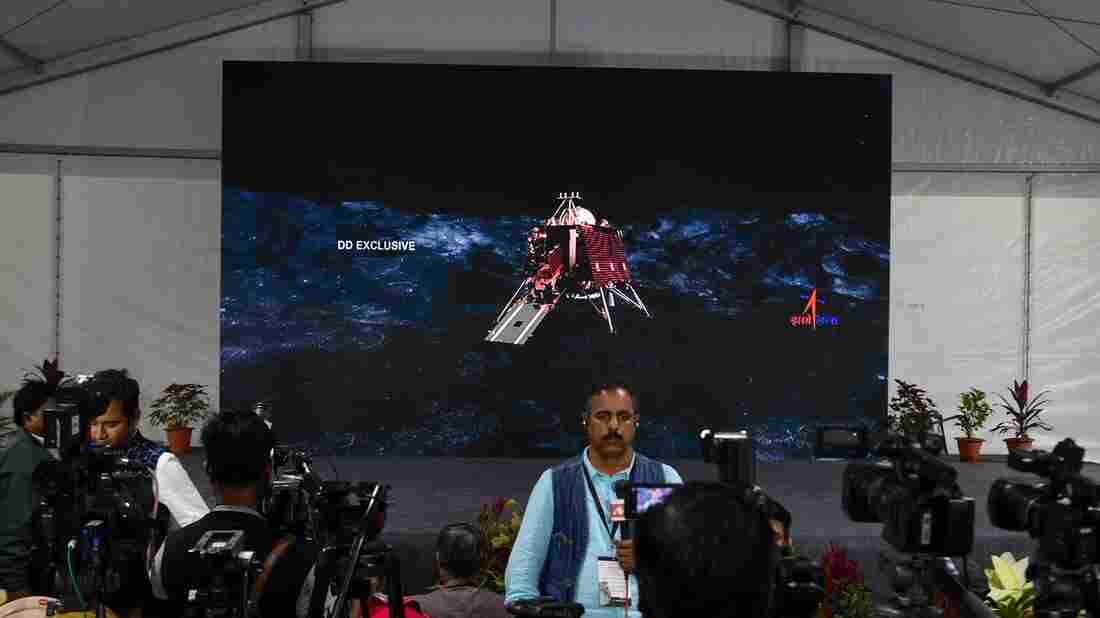 An illustration of the landing craft stands behind members of the media at an Indian Space Research Organisation facility this year in Bangalore, India. Authorities initially chalked up the failed landing in September to a loss of communication with the craft; last week, they revealed what happened to it. Manjunath Kiran/AFP via Getty Images hide caption 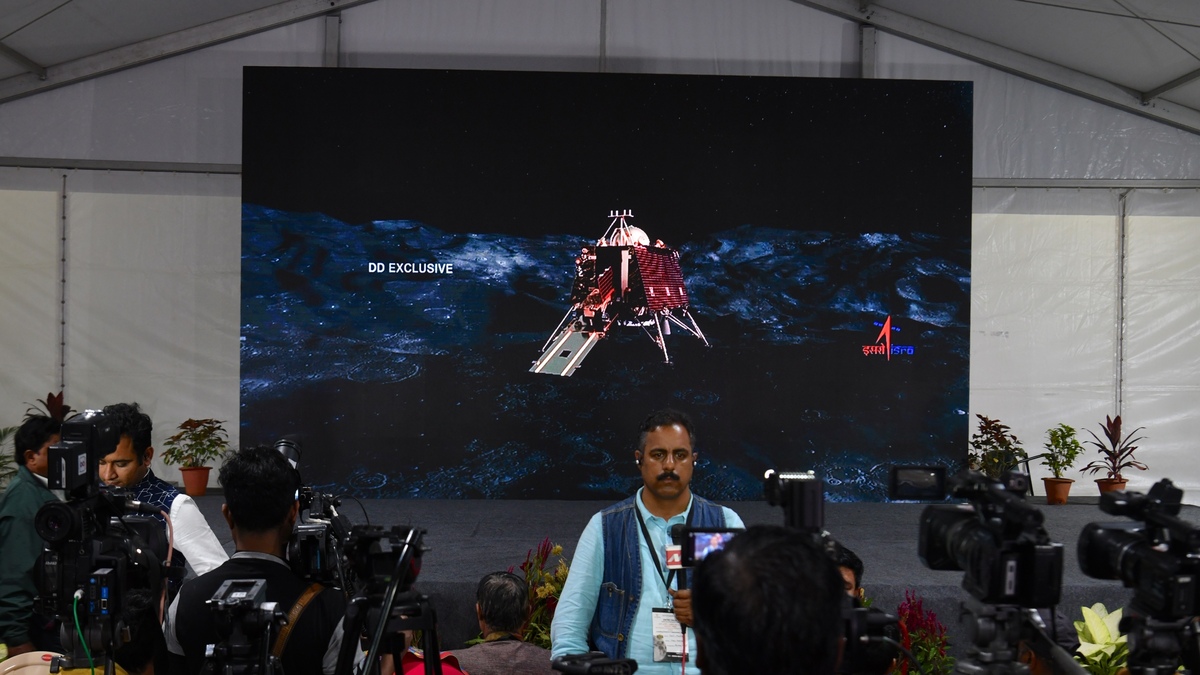 An illustration of the landing craft stands behind members of the media at an Indian Space Research Organisation facility this year in Bangalore, India. Authorities initially chalked up the failed landing in September to a loss of communication with the craft; last week, they revealed what happened to it.

Back in September, India's hopes for a historic first ended — inconclusively.

High hopes had been riding on its Chandrayaan-2 orbiter. The spacecraft was sending a landing vehicle down to the moon — an operation that, if successful, would be the first robotic mission at the moon's unexplored south pole and that would make India only the fourth country in history to make a moon landing.

Unfortunately, it was not to be. At the time, the Indian Space Research Organisation didn't offer much explanation for the operation's failure besides an ill-timed loss of contact, adding little more than a terse, "Data is being analyzed."

Now, the Indian government has offered its first conclusive statement on the incident, in a brief report responding to a lawmaker's question last Wednesday: Put simply, the Vikram lander's braking thrusters malfunctioned, and it crashed.

"During the second phase of descent, the reduction in velocity was more than the designed value. Due to this deviation, the initial conditions at the start of the fine braking phase were beyond the designed parameters," said Jitendra Singh, minister of state for the Department of Space, the ISRO's parent department. "As a result, Vikram hard landed within 500 m of the designated landing site."

Singh did not clarify what caused the malfunction in the lander's landing system.

The statement is believed to be the first formal acknowledgment by India's government that the craft crashed. In the ISRO's previous public updates on Vikram — the latest on its website was released back on Sept. 10, several days after the intended landing date — the agency noted only that it had located the lander but had made "no communication with it yet."

In his explanation last week, Singh was careful to add that officials have had success with the rest of the Chandrayaan-2 craft, which continues to collect information during its orbit around the moon.

"Most of the components of Technology demonstration, including the launch, orbital critical maneuvers, lander separation, de-boost and rough braking phase were successfully accomplished," the minister said. "With regards to the scientific objectives, all the 8 state of the art scientific instruments of the Orbiter are performing as per the design and providing valuable scientific data."

Still, the failed landing is a disappointment for the Chandrayaan-2 project, whose total cost Singh estimated at upward of $135 million.

But it's not the only such disappointment recently. Just months earlier, a private Israeli project muffed its own attempt to land a robotic craft on the moon, with the probe apparently losing its main engine and contact with its earthbound controllers in the final moments of its descent.