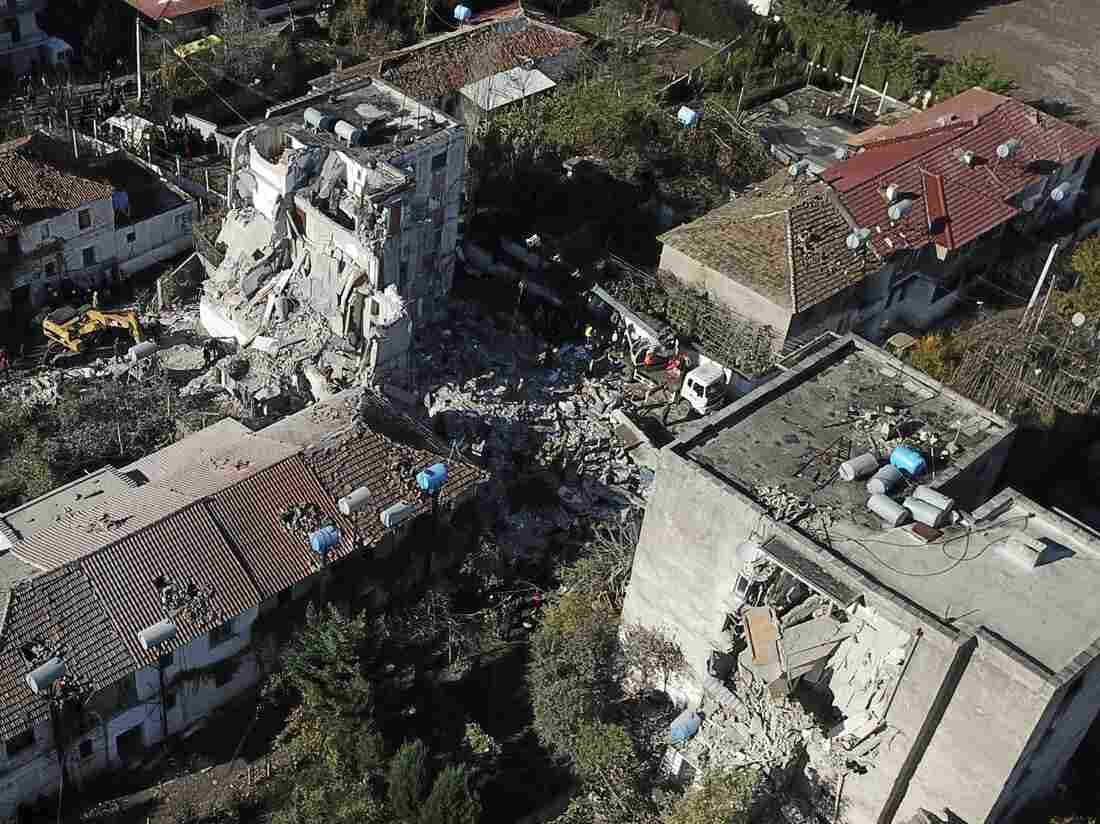 Rescuers look for survivors after a building partially collapsed in Thumane, Albania, after a powerful earthquake struck in the country's western region on Tuesday. Hektor Pustina/AP hide caption 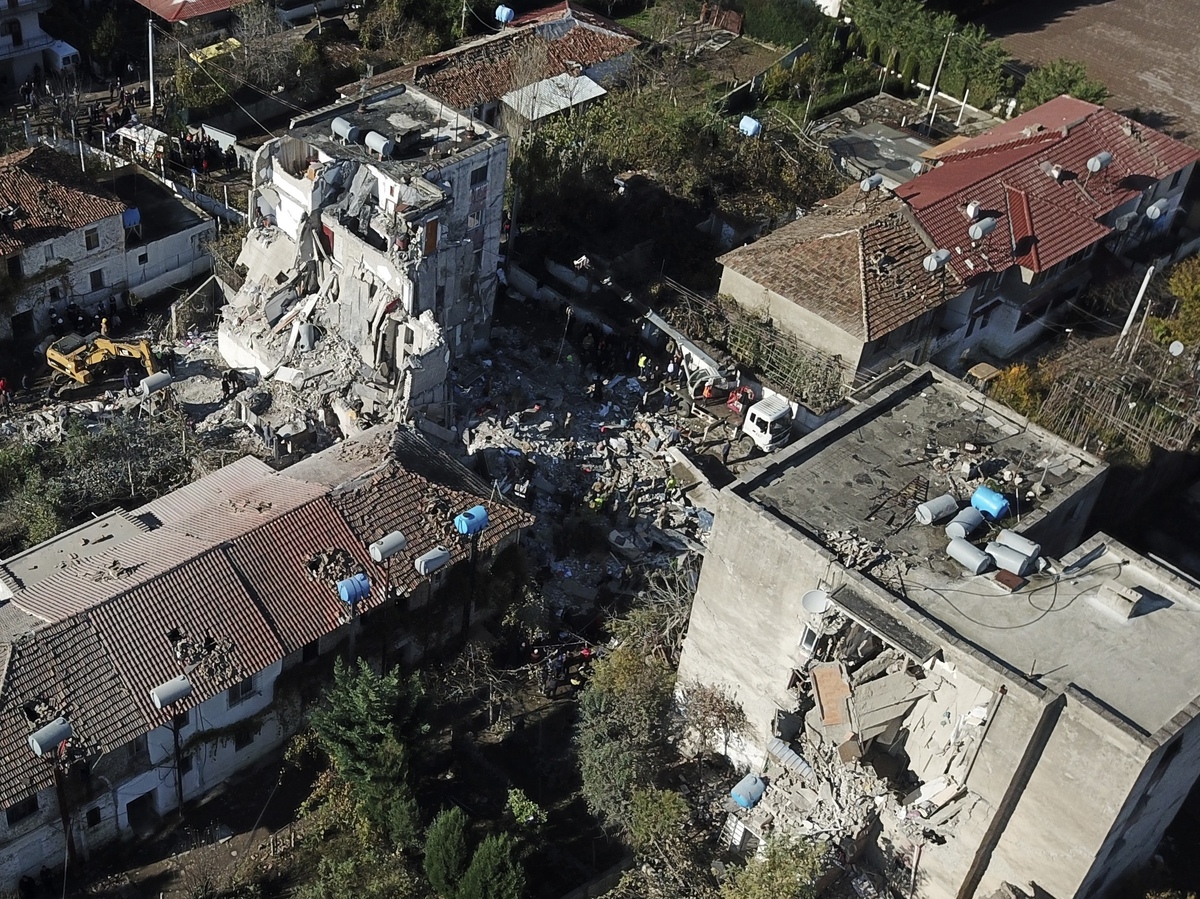 Rescuers look for survivors after a building partially collapsed in Thumane, Albania, after a powerful earthquake struck in the country's western region on Tuesday.

A powerful 6.4 magnitude earthquake rocked Albania's central coast overnight Tuesday, severely damaging buildings and triggering more than 100 aftershocks across the Balkan Peninsula. At least 18 people are dead, according to The Associated Press, which cites Albania's Defense Ministry. Hundreds of other people were injured in the quake.

"Significant damage is likely and the disaster is potentially widespread," the United States Geological Survey says in its damage estimate. It adds that economic damages will likely be more than $100 million, noting that previous earthquakes of this severity "have required a regional or national level response."

The epicenter was only about 20 miles northwest of the capital city, Tirana (population 375,000), the USGS says. The quake hit some 15 miles northeast of the coastal city of Durres (population 122,034), at a depth of 20 kilometers, according to the agency. 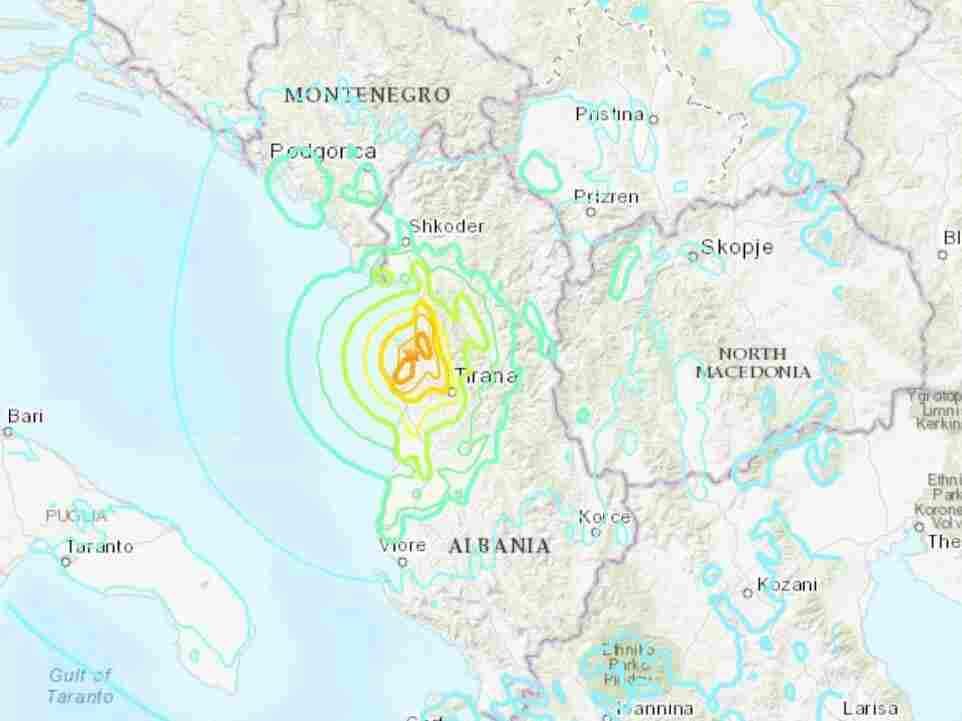 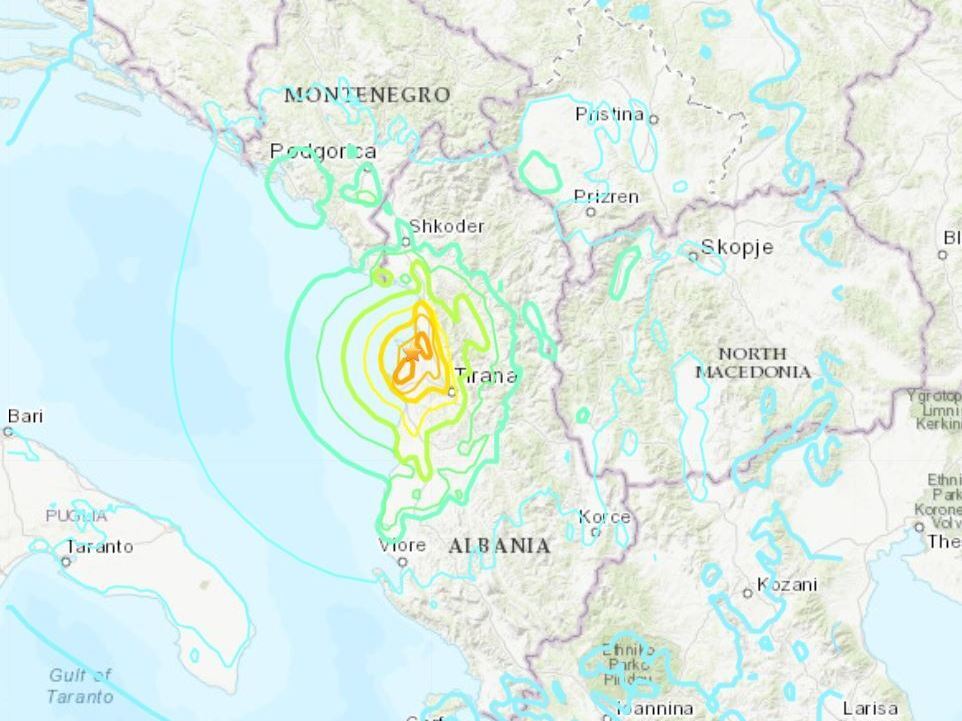 The cities of Durres and Thumane were the worst hit, Albanian Defense Minister Olta Xhaçka said in an update on the devastation wrought by the quake. She added that while workers are trying to reach anyone who might be trapped by rubble, the work is slow going, as many buildings are still at risk of collapsing.

"The 6.4 magnitude quake hit Albania around 4 a.m. local time and could be felt some 200 miles north in Sarajevo," Matthew Algeo reports for NPR from Sarajevo, the capital of Bosnia-Herzegovina.

The quake was also felt across the Adriatic Sea, in the Puglia region of southern Italy, according to the USGS.

The quake flattened brick-and-mortar buildings, leaving massive heaps of rubble where restaurants and other buildings had been. Emergency crews used cranes to carefully lift pieces of walls and other debris, hoping to find survivors.

Images from Albanian public broadcaster RTSH show residents gathering in city parks and sidewalks during the night, wary of staying inside as aftershocks rippled through the area.

A number of nations, from Italy and Greece to France and Turkey, have offered to help Albania with rescue and recovery efforts, according to Albanian Prime Minister Edi Rama.