Accessibility links
Rising Pressure Over Journalist's Killing Threatens To Topple Maltese Leadership Daphne Caruana Galizia died in a car bombing two years ago. Now, the probe into her slaying has prompted some ministers to leave their posts. And protesters are calling for the prime minister's exit. 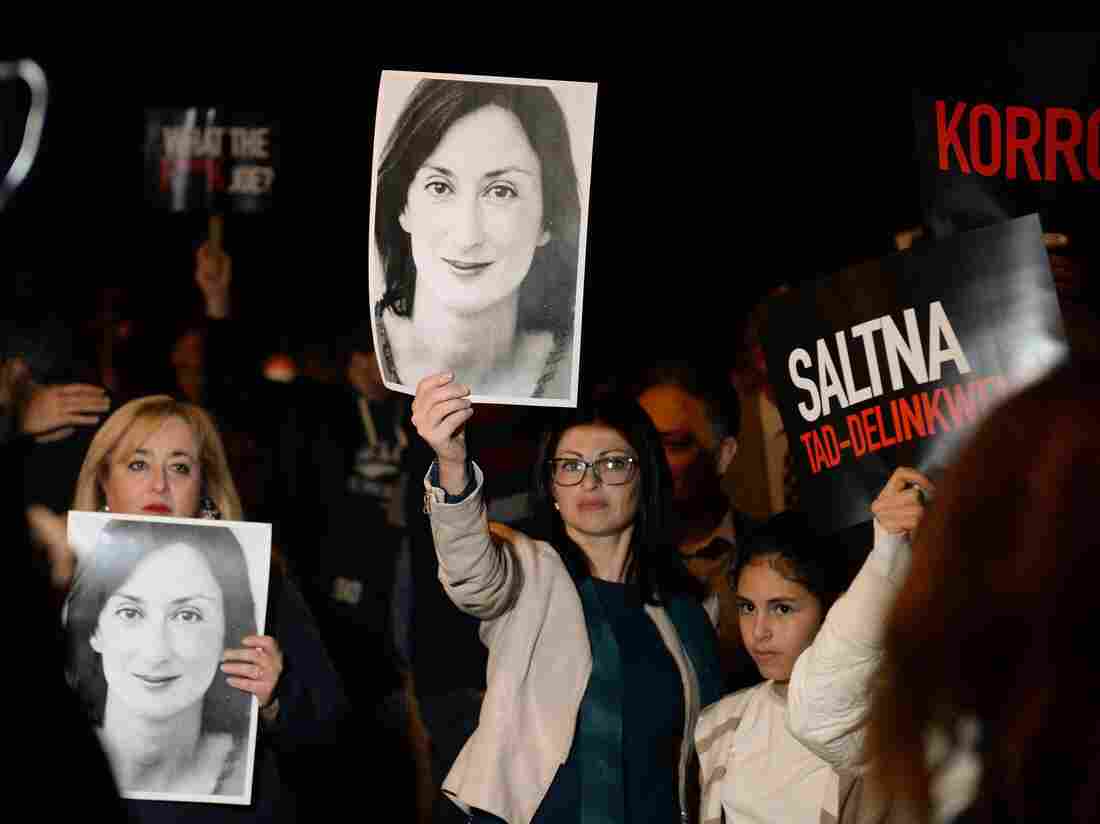 Protesters hold up pictures of Daphne Caruana Galizia as they gather earlier this month outside the prime minister's office in Valletta, Malta. Painful questions about the investigative journalist's murder have lingered since she was killed by a car bomb in 2017. Matthew Mirabelli/AFP via Getty Images hide caption 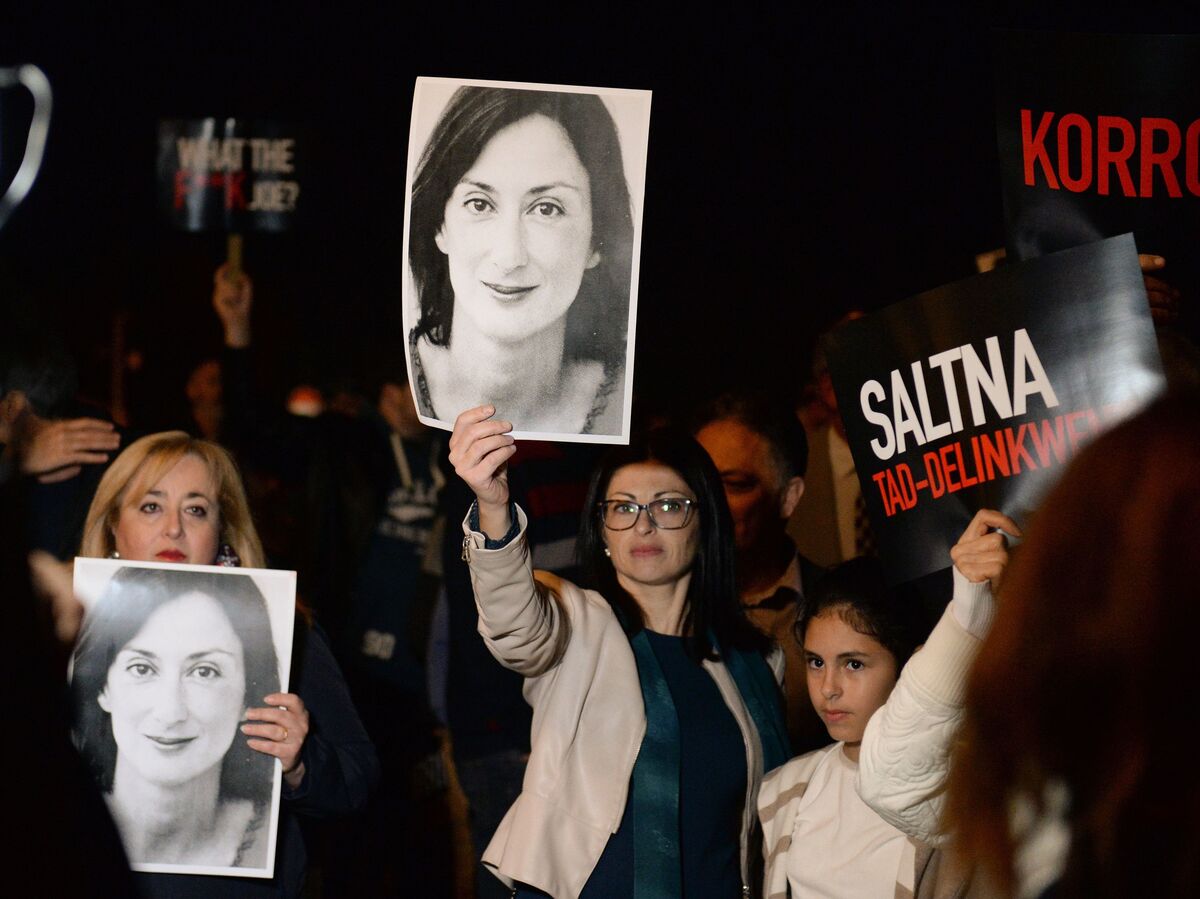 Protesters hold up pictures of Daphne Caruana Galizia as they gather earlier this month outside the prime minister's office in Valletta, Malta. Painful questions about the investigative journalist's murder have lingered since she was killed by a car bomb in 2017.

The past two days have not been kind to Joseph Muscat.

Amid escalating scrutiny over the unsolved murder of an investigative journalist, the Maltese prime minister received the resignations of his top aide, Keith Schembri, and Tourism Minister Konrad Mizzi. At the same time, his economy minister, Christian Cardona, announced that he was "suspending himself with immediate effect" from his position.

The dominoes fell quickly, beginning with Schembri on Monday night and continuing in quick sequence after Muscat announced his chief of staff's departure Tuesday morning.

All three men have seen their names mentioned recently in connection with the 2017 car bomb killing of reporter Daphne Caruana Galizia, a reporter known for doggedly rooting out corruption among the country's powerful. And all three have denied any wrongdoing.

Caruana Galizia had been a towering figure in the small Mediterranean nation, best known for her work at The Malta Independent and frequent reports digging into the Panama Papers, a massive trove of law firm records leaked in 2016. The documents revealed a host of corrupt financial dealings by politicians and helped bring down world leaders from Iceland to Pakistan.

Caruana Galizia combed through the records to uncover potentially incriminating information about several prominent Maltese officials, many of whom she accused of government graft and money laundering. Among those she accused was Muscat's wife, Michelle — who, according to Caruana Galizia, owned a company that had been receiving secret payments from Azerbaijan.

The last story she posted on her blog, Running Commentary, focused on "that crook Keith Schembri": "There are crooks everywhere you look now," she wrote on Oct. 16, 2017, in her blog's final words. "The situation is desperate."

Later that same day, Caruana Galizia's car exploded with her inside.

In the two years since her killing, authorities have arrested and charged three men with planting and detonating the bomb. But while the trio continue to await trial, investigators have struggled to find the culprits who put them up to it. To this point, it remains unclear who ordered her assassination.

Lately, though, the investigation has appeared to gather momentum after police detained businessman Yorgen Fenech last week. Reuters reported last year that Fenech, whom investigators have named a person of interest, is listed as the owner of a mystery company linked to both Mizzi and Schembri.

Local media report that Schembri's name came up in Fenech's conversations with police, and that the former chief of staff was called in for questioning, while police showed up at his home on Tuesday.

As for Mizzi, the tourism minister explained his decision to step down in a brief gaggle with reporters after a cabinet meeting the same day.

The spate of resignations hasn't quelled the mounting popular anger over the case, however. On Tuesday night, hours after the announcements, protesters gathered outside Malta's Parliament building to protest Muscat himself.

During a debate in Parliament, the country's opposition leader, Adrian Delia, told lawmakers that Malta's government "has evidently been hijacked by a criminal organisation." And he called for the prime minister to resign.

"This is an institutional assassination," Delia said. "There is not a single government individual that is being investigated over illegal acts, but the highest positions of government have been compromised."