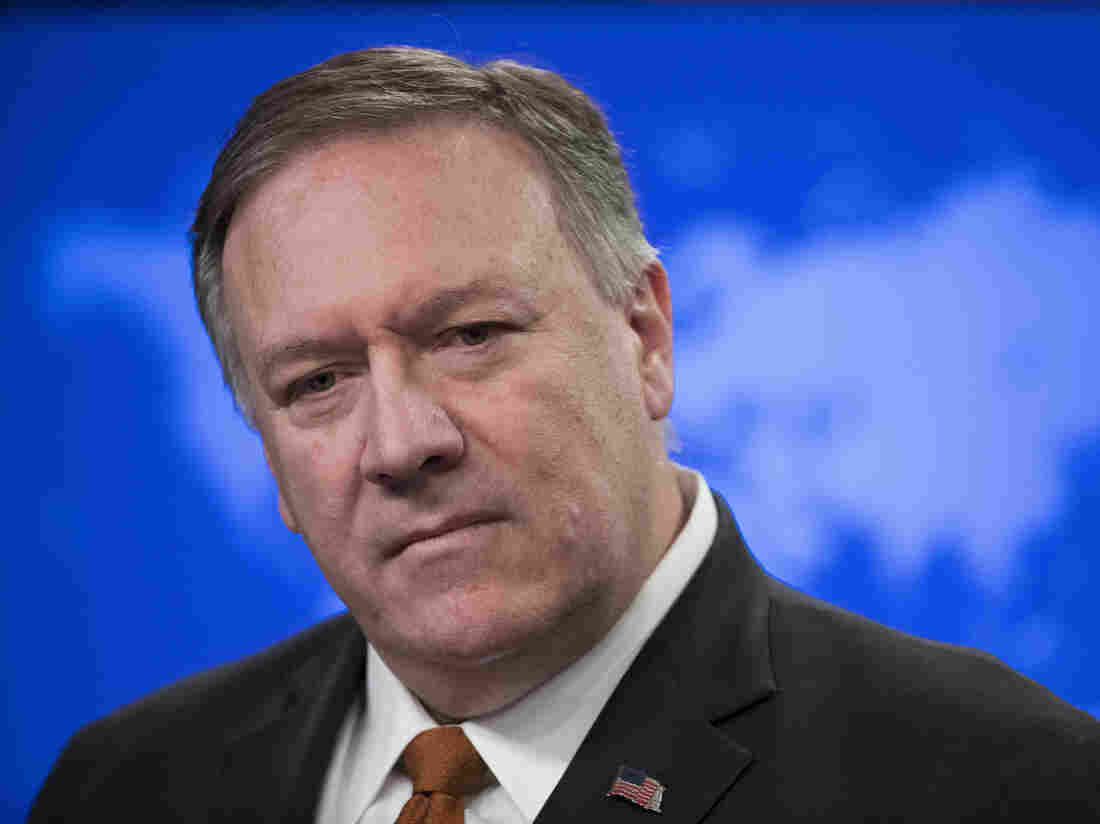 Secretary of State Mike Pompeo says "many countries" are working to undermine American democracy. He adds: "To protect our elections, America should leave no stone unturned." Alex Brandon/AP hide caption 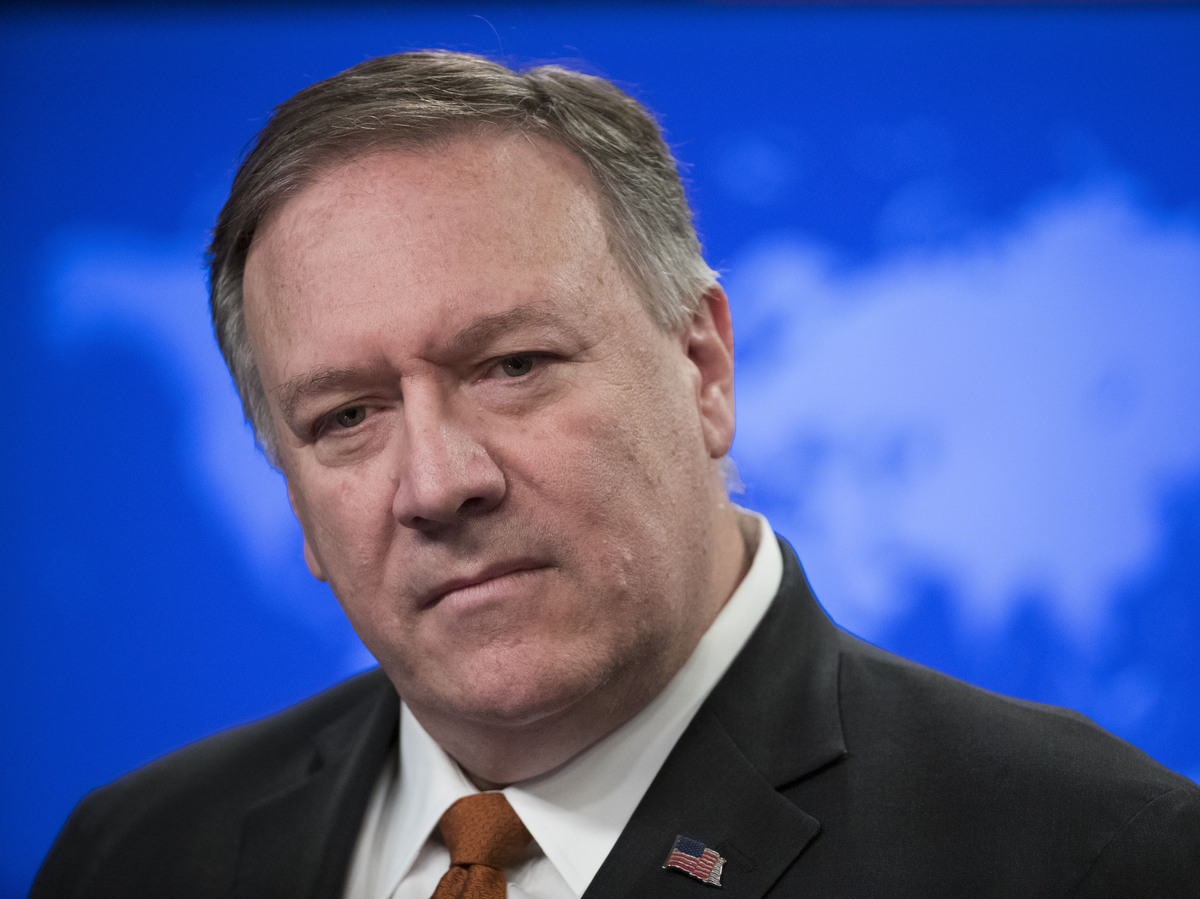 Secretary of State Mike Pompeo says "many countries" are working to undermine American democracy. He adds: "To protect our elections, America should leave no stone unturned."

Secretary of State Mike Pompeo says he thinks the U.S. should investigate a conspiracy theory — debunked by American intelligence services — that Ukraine, not Russia, hacked the Democratic National Committee's computer server in 2016.

"Anytime there is information that indicates that any country has messed with American elections, we not only have a right, but a duty, to make sure we chase that down," Pompeo said at a news conference Tuesday when asked whether the U.S. and Ukraine should launch a probe into the matter.

Speaking at the State Department, Pompeo said that "many countries" are working to undermine American democracy, adding: "To protect our elections, America should leave no stone unturned."

In Blow To White House, Federal Judge Rules That Don McGahn Must Testify

Last week, Fiona Hill, a former Russia expert at the National Security Council, testified before the House impeachment inquiry against President Trump that the notion that Ukraine, a U.S. ally, was responsible for election meddling was "a fictional narrative being perpetrated and propagated" by Russian security forces.

Hill also said that top intelligence officials have informed the president that this narrative is false.

As recently as last week, Trump was repeating claims about Ukrainian interference during an interview with Fox & Friends. "A lot of it had to do, they say, with Ukraine," Trump said in a rambling interview that lasted nearly an hour.

"They have the server, right? From the DNC ... they gave the server to CrowdStrike — or whatever it's called — which is a company owned by a very wealthy Ukrainian, and I still want to see that server," Trump said.

"You know, the FBI has never gotten that server. That's a big part of this whole thing. Why did they give it to a Ukrainian company?"

Earlier Tuesday, the president tweeted that he would "love to have Mike Pompeo" and other officials go before House lawmakers leading what he called "the phony Impeachment Hoax."

...love to have Mike Pompeo, Rick Perry, Mick Mulvaney and many others testify about the phony Impeachment Hoax. It is a Democrat Scam that is going nowhere but, future Presidents should in no way be compromised. What has happened to me should never happen to another President!

Asked about this at the news conference, Pompeo responded cryptically.

"When the time is right, all good things happen," he said.

The secretary has kept his distance from the impeachment inquiry and the controversy involving a former ambassador to Ukraine. He has refused to hand over documents that House Democrats say could shed light on why Ambassador Marie Yovanovitch was abruptly recalled from her post in Kyiv this spring.

The roughly 100 pages of documents revealed that Pompeo and Rudy Giuliani, Trump's personal lawyer, spoke in March but don't shed light on what was discussed.

The conversations took place at a time when Giuliani was publicly critical of Yovanovitch.

The documents indicate that a White House aide connected an assistant for Giuliani with State Department officials so Giuliani could get on Pompeo's official call list. The files also show that Pompeo and Giuliani spoke at least two times in the weeks before Yovanovitch was recalled.

Pompeo said Tuesday that his department had complied with "all the legal requirements" in releasing documents related to the Ukraine controversy. "We'll continue to do that as required by law and as appropriate, so appropriate oversight can be conducted," he said.

The executive director of American Oversight said in a statement that more State Department documents would be released in the future and that the first batch of files points to "a clear paper trail."