Accessibility links
Pennsylvania Reforms Childhood Sex Abuse Laws In Response To Clergy Scandal After a grand jury implicated more than 300 priests in a statewide sex scandal, nearly every case was too old to be prosecuted. Legislators say that problem inspired these new laws. 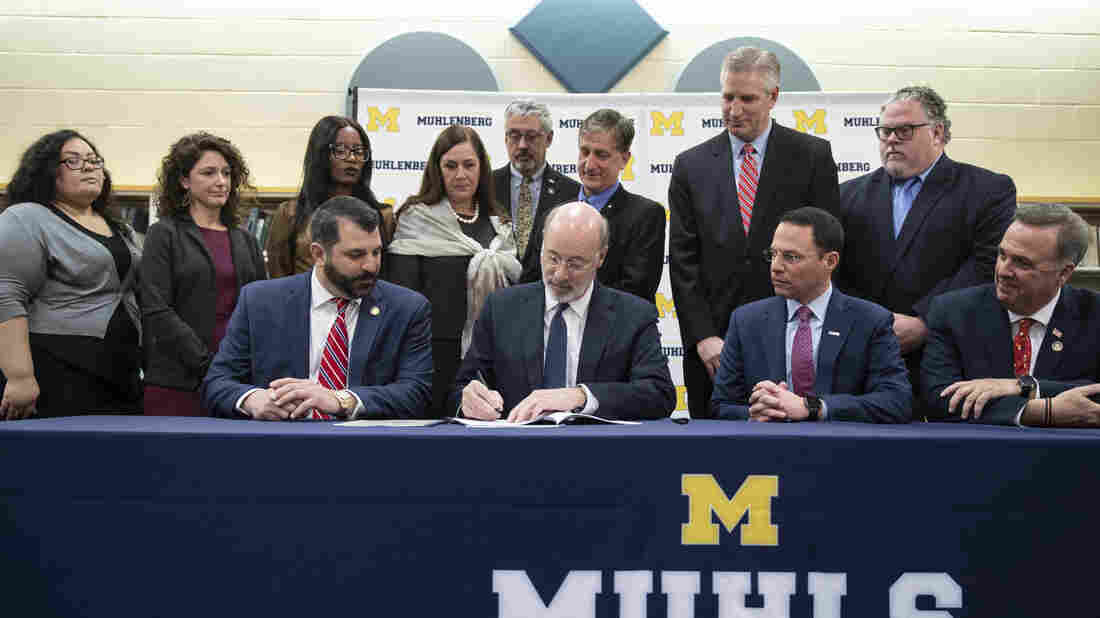 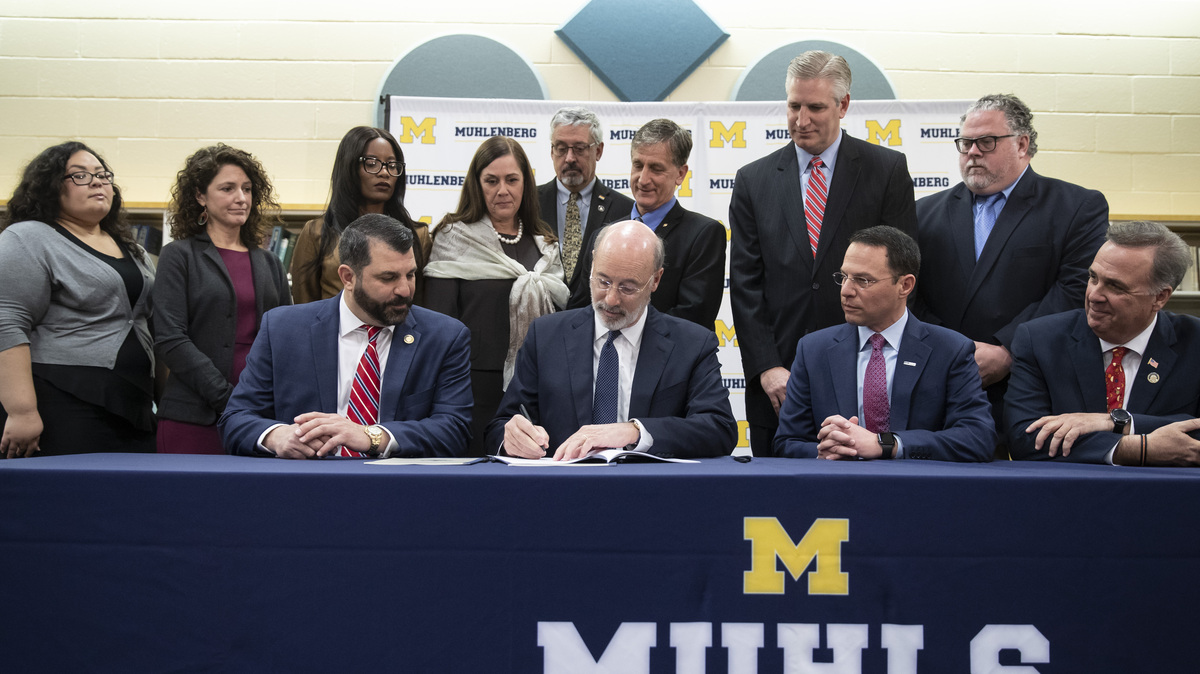 Pennsylvania overhauled its child sexual abuse laws Tuesday, as Governor Tom Wolf signed three bills meant to protect sexual assault survivors. The reforms incorporate recommendations made by a grand jury after hundreds of cases of clergy abuse were uncovered in 2018.

Decades of alleged misconduct and cover-ups were outlined in the grand jury's report, implicating more than 300 priests in a statewide sex scandal. Nearly every instance of abuse was too old to be prosecuted, a fault legislators said the new bills will repair.

"These reforms fundamentally change our justice system and will protect generations of children who experience abuse from this day on," Attorney General Josh Shapiro said.

The central bill signed abolishes the state's criminal statute of limitations on future cases of childhood sexual abuse and gives victims until their 55th birthday to file civil suits against abusers.

Old legislation prohibited authorities from filing criminal charges after the victim's 50th birthday. Shapiro said more than 100 priests could have been charged if the new laws existed earlier.

Under two other bills signed into law, school teachers, coaches and other mandated reporters will be penalized for failing to report child abuse and conversations with law enforcement officials pertaining to childhood sexual abuse will be exempt from non-disclosure agreements.

Shapiro described the new legislation as a "monumental victory" for many survivors, but said the state must continue pushing forward until all victims can pursue justice.

The bills met three out of four recommendations made by the grand jury. The one not fulfilled suggested a two-year revival window that allows older victims to file civil suits now that clergy abuse was uncovered publicly.

Local activists expressed disappointment that all four recommendations could not be addressed in one legislative session. Another bill will attempt to implement the two-year window through a constitutional amendment, but must pass two legislative sessions before it gets placed on a ballot.

"We wait in hope that at some point in time between now and the early part of 2021, that a true window legislation be passed so that survivors can have access to court," leader of the Philadelphia branch of Survivors Networks of those Abused by Priests Mike McDonnell told NPR.

Existing statute of limitations laws have curbed efforts to punish those implicated in the alarming number of sex abuse scandals in the Catholic church. 24 states passed statute of limitation reforms in 2019, according to Child USA, a think tank advocating for child protection.