Accessibility links
Review: '63 Up' Finds Its Subjects Thinking About Death And Brexit Michael Apted's latest installment of his extended documentary/social experiment — revisiting a brace of British children every seven years — finds them ruminating on life, death and Brexit. 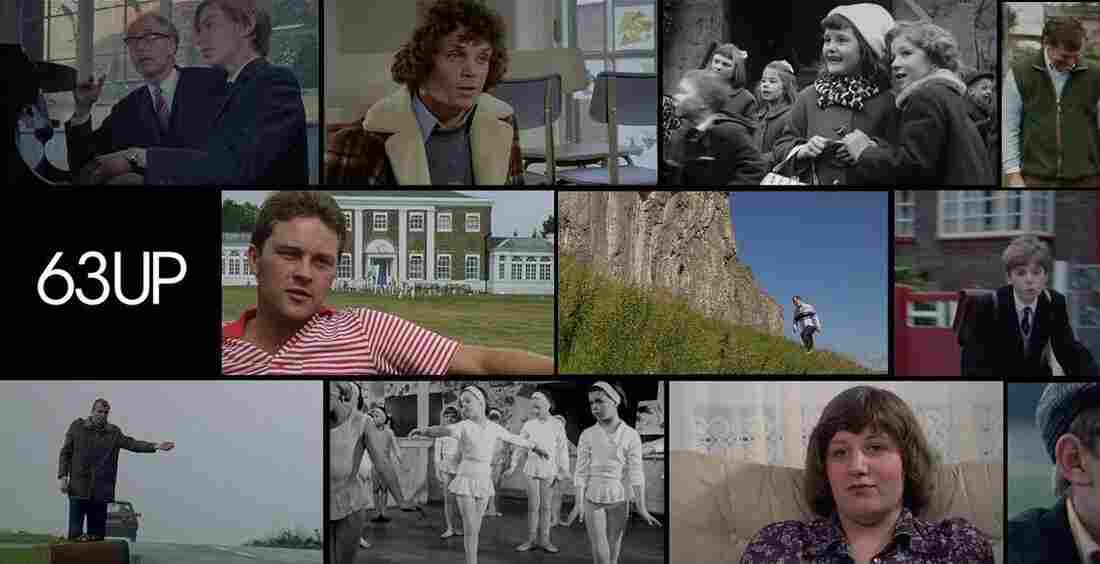 Director Michael Apted returns with the next installment of the experimental documentary series in 63 Up. BritBox hide caption 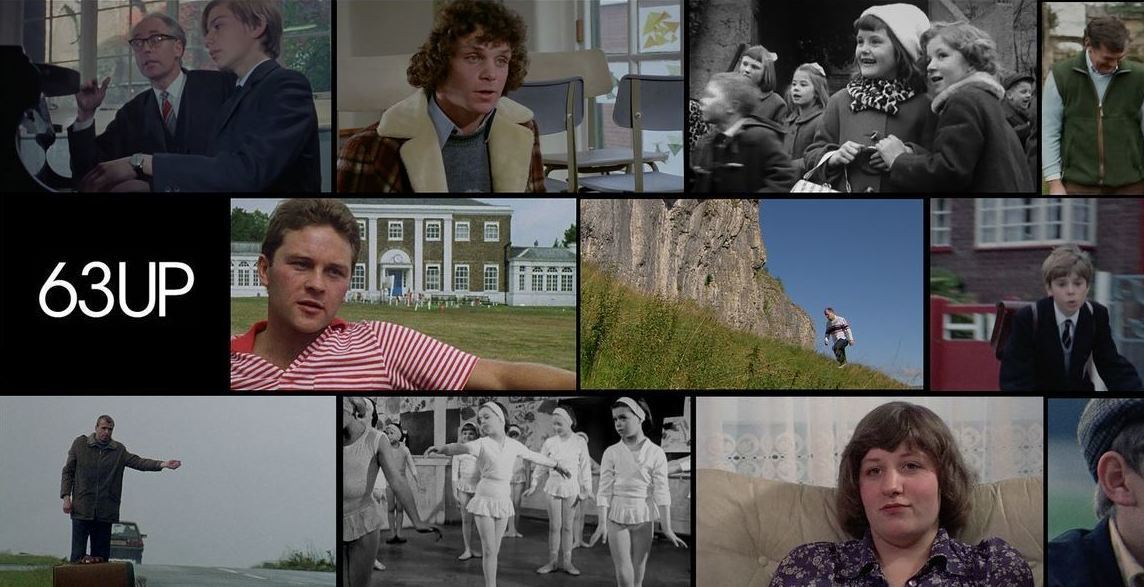 Director Michael Apted returns with the next installment of the experimental documentary series in 63 Up.

For better and worse, class pride has always run a deep vein through British society, upstairs and down. Not so the United States, where the mere mention of social class often triggers strenuous manifestos about meritocracy and equal opportunity. Which may be why attempts to reproduce Michael Apted's long-running Up anthology — inquiring into the persistence of social hierarchy in post-World War II Britain — have so far failed this side of the Atlantic. For those who think Downton Abbey is pretty much a documentary, the Up series is the perfect antidote.

Beginning in 1964 with 7 Up, directed for British television by Paul Almond with Apted initially on board as a researcher, the series tracked a cross-section of 14 children from England's famously rigid class system, with Apted checking in every seven years thereafter to document what and how they were doing. I'm roughly the same age and grew up lower middle class in London, so I've followed the series obsessively from soup to nuts. But you don't have to have been as hooked as I on the anthology (now available as a boxed set) to find your way around the latest, 63 Up, which is studded with flashbacks to catch you up on how the group has fared since we first met them, mingling to frolic and brawl in a grim-looking adventure playground.

Inevitably a quiet tempo has settled on the hopes and dreams of these sexagenarians as they answer questions from Apted or go about their business with varying degrees of discomfort under cameras that have dogged them for decades. Some have retired; others contemplate their own mortality as they tell of parents passing away. One is seriously ill; another has died since 56 Up. Most seem content with what they have and express few regrets about what might have been. Luck, love, and loss, triumph and defeat, have beveled the edges of even the most pugnacious and intrepid.

Through every installment, Apted has peppered (some say, resentfully, pestered) the group with questions about whether England's class divisions have grown more permeable. For some the short answer has become versions of "for the love of mike, Michael, quit asking, we are so much more than our station in life." Apted deserves credit for including their protests.

The long answer to his probing is: It's complicated. Take Tony, the charming, infuriating Cockney child of London's East End, and the only Upper who frankly enjoys the limelight. As a teenager Tony predicted some of his future with astonishing accuracy, becoming first a jockey and then ("If I'm not good enough") a cab-driver. Both jobs came to pass, but what Tony couldn't dream of was that he would one day buy a handsome holiday home in Spain for his growing family and plan to build a resort there. What followed had more to do with the global economy than with his business chops, but today Tony, a proud husband, father, and grandfather who moonlights as a cabbie in TV crime shows, has switched his working-class-Tory affiliation for fear of Brexit, and may cast in his lot with the Green Party.

At the other end of the social spectrum we revisit John, at 7 and 14 a snobby, upper-crust brat and easily the least likable of the Up children. Now tweedy and balding, a considerable mellowed John (who also guessed right that he would become a barrister) is happily retiring to devoting himself to charity work in the Balkans with his wife. Our early assumptions about John's wealth and blue blood turn out to be mistaken, though there's no doubt that his pricey education has given him more financial security than most of the Uppers.

Certainly John hasn't had to struggle like Symon, the group's only mixed-race member, who grew up in a children's home with his friend Paul. At 7 Symon wanted to be a movie star; at 21 he worked a sausage factory assembly line. Without functioning parents, Symon has had a checkered life. What he and Paul (now settled in Australia) have achieved with the support of two good women is by any measure remarkable, as is the fact that they've stayed friends. And after some difficult years as a divorced single parent, the congenitally cheerful Sue — one of three East End women who, at 21, gave Apted a brisk mouthful for asking them only family-oriented questions — heads a career counseling unit at London University.

And what of Neil, at 7 a bonny lad in a duffel coat skipping down a suburban Liverpool street and by any measure the most beloved of viewers? At 28 we saw him homeless and roaming the British countryside. All I will say is that after a lifetime battling his biology and a less than idyllic childhood, at 63 Neil is not without faith, friends or resources.

Every chapter of the Up series has seen its dropouts, and with the exception of Tony, those who remain express reservations with varying degrees of vehemence. For John, whose early arrogance so antagonized viewers, each new episode has brought "a little pill of poison." Over time Apted's questions have grown more personal, but he still queries them about whether they still believe Britain to be a class society. All agree that inequality persists, but they worry less for themselves than for their children, who face cuts to the country's generous welfare state services, further concentration of wealth in the top tier, the decline of full-time jobs, and most of all the potential ravages of a looming Brexit deal.

Like Nick, the farm boy who became a professor in the United States, and Apted, who attended Cambridge University but now lives in America, I found far more career opportunities in the United States than I would have enjoyed in England despite a fancy education. Yet I've been struck by the nervousness that any discussion of social stratification inspires among students I've taught down the years in American universities. And I miss the stout class solidarity that, however diluted by upward mobility, remains strong among the English working class.

British cinema has always had a far more robust tradition than U.S. of narrative films about the relations between the classes. Documentary offers the same satisfactions of family drama, the common hurts and losses endured and surmounted in movies by Mike Leigh or Ken Loach or the classic post-War Angry Young Men films, while permitting no facile class stereotypes. No one in 63 Up sounds like anybody above or below the salt in Downton Abbey. We don't see them gulping endless cups of industrial-strength tea or spending every waking hour down the pub or at the private club.

As Apted narrows his focus to the personal more than the overtly political, he has also learned from the Uppers that there is no such thing as an ordinary life; that money and education may carry you far, but that accent and income bracket have little to do with intelligence, wit, or goodness of heart. What's striking is not just the sturdy durability of family and community, but (camera or no camera) the fundamental decency of just about every participant in this long cultural experiment. Rich or poor, all have ended up devoting themselves to helping others. So 'bye for now, dear Uppers, and with luck and longevity, see you at 70 Up.