Accessibility links
Interview: Cartoonist Lynda Barry, Author Of 'Making Comics' Comic artist Lynda Barry has a new book, Making Comics, and a MacArthur Genius Grant (though she says she hung up on the MacArthur folks repeatedly because she thought it was a robocall).

Cartoonist Lynda Barry: Drawing 'Has To Come Out Of Your Body'

Cartoonist Lynda Barry: Drawing 'Has To Come Out Of Your Body' 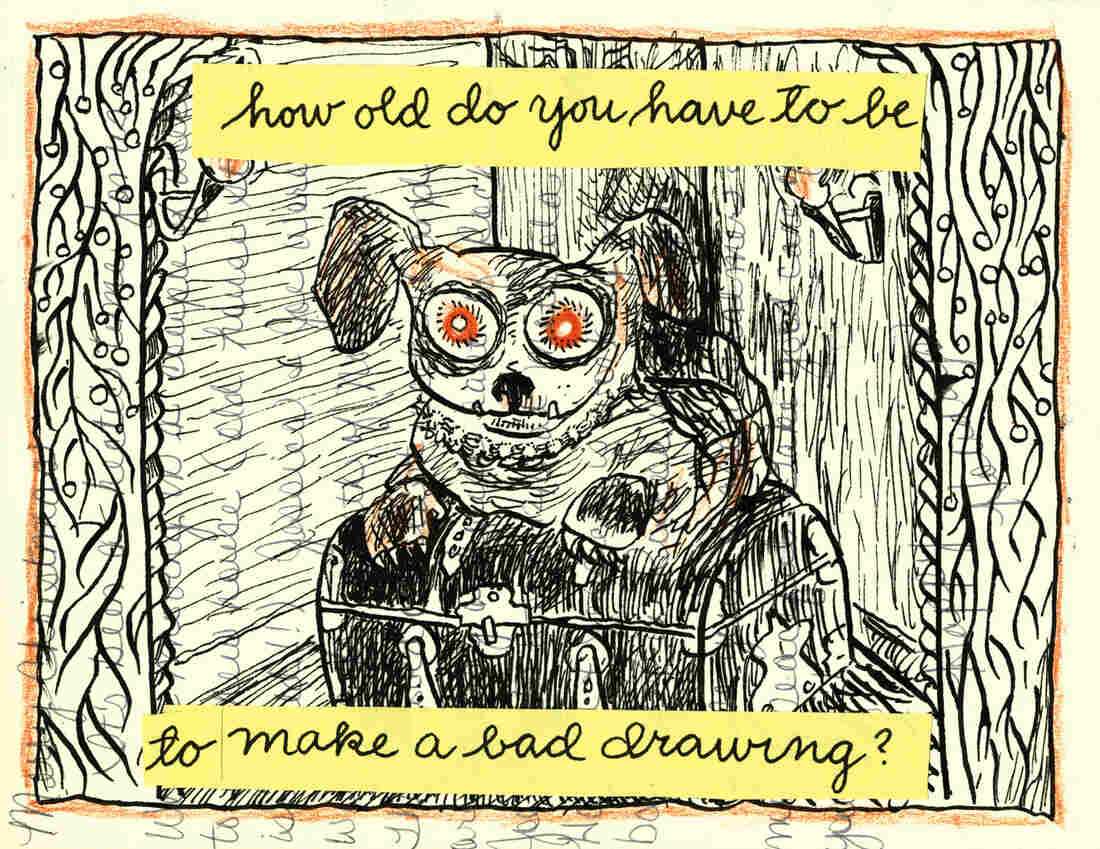 Lynda Barry says young artists follow the movements of their own hands rather than setting an intention for a drawing. Images courtesy of Drawn & Quarterly hide caption

It's always a surprise to see whom the MacArthur Foundation selects to receive its annual fellowships — the six-figure awards known as Genius Grants — but one of this year's picks was particularly exhilarating: comic artist Lynda Barry. For anyone who read alternative weeklies from the '80s through the '00s, she was the eternally wise and strange mind behind Ernie Pook's Comeek. She has also penned several graphic novels and three books about the creative process, adapted an award-winning off-Broadway play, and taught art, most recently at the University of Wisconsin, Madison. Her most recent book is Making Comics, out this month. I spoke to her about the drawing process and how we learn — and unlearn — it. 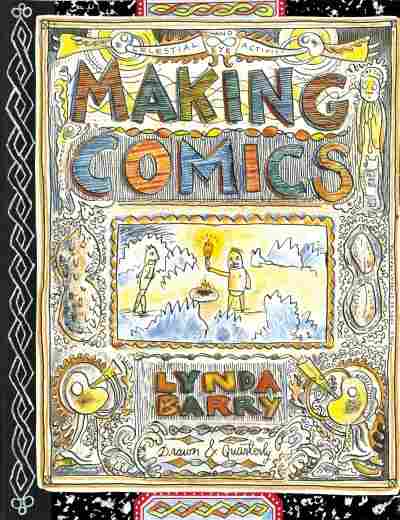 Congratulations, first of all, on winning a MacArthur Fellowship! What did you do when you found out?

After we hung up?

So that's how they tell you — they call?

But in my case, I hardly ever use the phone. So I kept getting these calls. I think I hung up on them around seven times because I thought it was a robocall. And then I just turned off my phone because I was really irritated — "Who keeps trying to call me?" ... I found out a while later, from somebody who I know very well, that somebody really needed me to call them.

It's kind of funny that the award is known as the Genius Grant, considering that in your new book, you tell people they don't need to be artistic geniuses to create great comics.

What do you think about the idea of genius?

I don't know. You know, it's like the term "fresh bread," right? It could mean anything. ... I guess what I mean by that would be that they're able to do stuff in a way that I can't track back to how they were able to do that thing. Sometimes that even applies to 4-year-olds that I work with.

The specialness of really young kids' drawing is something you circle back to several times in your new book, Making Comics. You suggest that something happens around age 4 or 5 that shuts down that magical way of seeing. 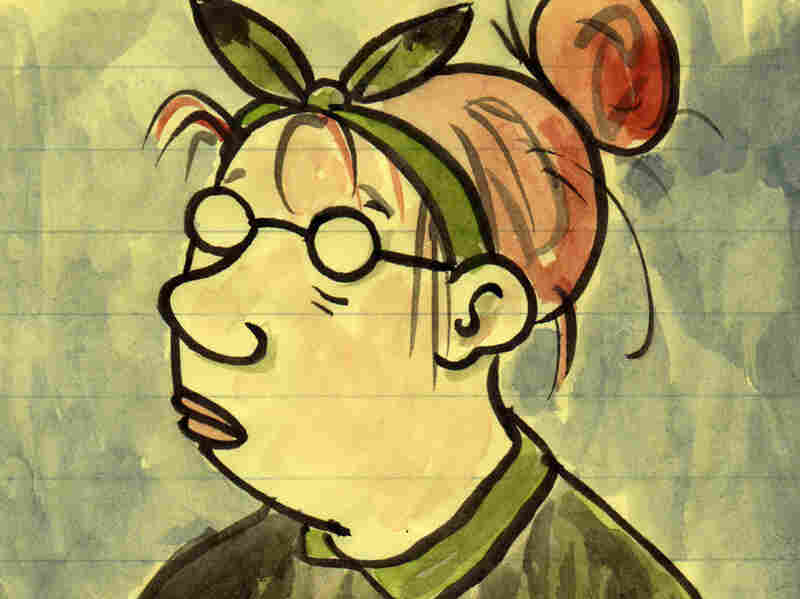 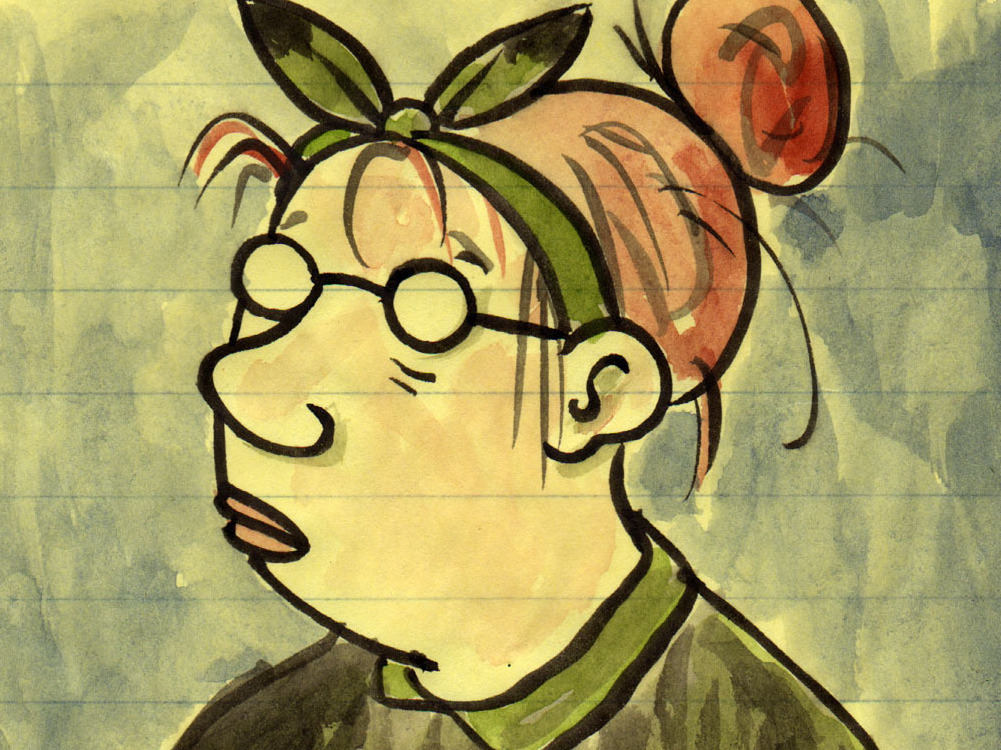 Via language, the only thing 4-year-olds can't do is write rapidly. They can do everything else. And so, what happens at about the age of 5, when people enter the school system, is that drawing and writing become split. That's when there's some idea that those two things need to be moved away from each other. Even to the point, you know, where we start looking at books that have more words than pictures.

How would you characterize the impressive 4-year-old artists you've seen?

Their drawings seem to come from the movement of their hands, rather than an intention. ... That's why I think that when kids [are] tested — to see if they're smart enough to go to some cool kindergarten or whatever — and they'll tell kids to do things like draw a circle, draw a triangle ... those ways of testing kids' aptitude are sort of false. And again, based on assumptions that people who quit drawing a long time ago make up about drawing.

What assumptions are those?

That you know what you're going to draw before you draw. That's one of the things I've seen when people instruct kids to draw. ... They start by telling them how important the paper is. You don't want to waste paper. So, you want to sit and think carefully about what it is you're going to draw before you draw it. ... That's not how drawing works at all. I'm sure there is some kind of drawing that works that way, but mostly it doesn't. ... 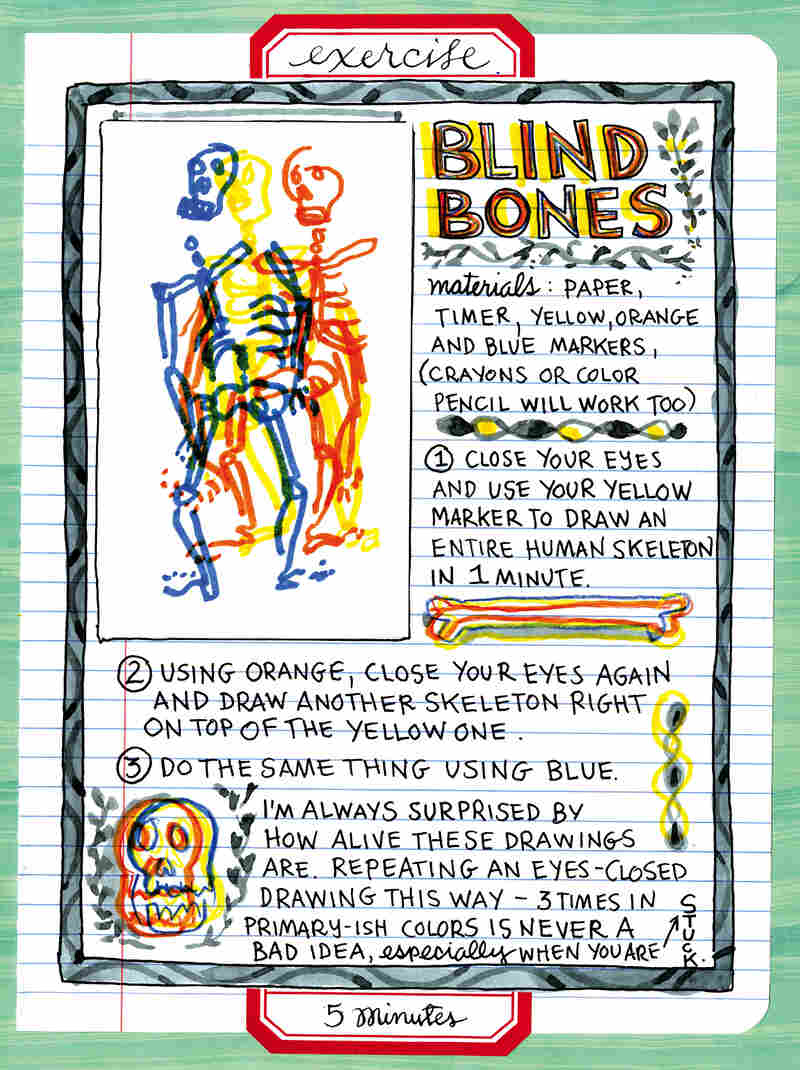 Making Comics is full of exercises you can do to loosen up your drawing muscles. Images courtesy of Drawn & Quarterly hide caption

When I'm making a comic, the drawing itself has a huge part in what happens with the [story]. Say I'm drawing a character, and I think maybe they're surprised. And when I go to draw their eyebrow, maybe my pen slips a little and it points down instead of up. So now the character looks angry. But [with] that expression of anger on their face, the story takes a different tack that I didn't expect. I've really learned to follow that — to follow what my hand is doing.

That makes me think about what you said in the book about how drawing taps into stuff that maybe we didn't imagine we were going to tap into when we started. And how some people have an urge to cover up their drawings or destroy them completely.

One of the things you'll hear people say, when they tell me they wish they could draw, is, "I see it in my head, but I can't get it onto the page." And then I have to remind them that what they're seeing in their head is not a drawing. Drawing is something that has to come out of your body. And that horror they have is the same horror they might have if a bodily fluid was suddenly released, like suddenly they got a bloody nose or started drooling. It's that same shame about this thing that's out of their control that seems to be coming from them.

My task — and it can be done within 30 minutes — is to get them past that. ... The easiest way to do that is to have them close their eyes and draw. ... The trick is to show them that there's another kind of drawing that is very different than representational drawing.

There are different goals.

Etelka Lehoczky has written about books for The Atlantic, The Los Angeles Review of Books and The New York Times. She tweets: @EtelkaL.