Accessibility links
We Cooked A Peacock : Planet Money In the 1600s, a good spice rub was the ultimate display of wealth. People would risk their lives for a sack of cloves. | Subscribe to our weekly newsletter here. 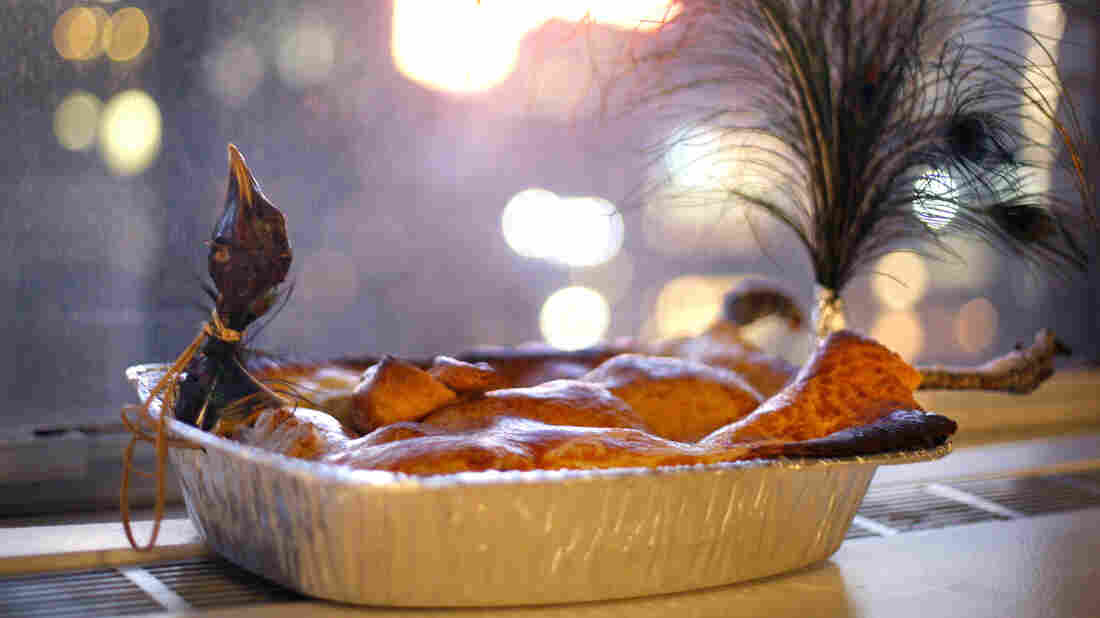 The Planet Money peacock pie, in all its glory. Cameron Robert/NPR hide caption 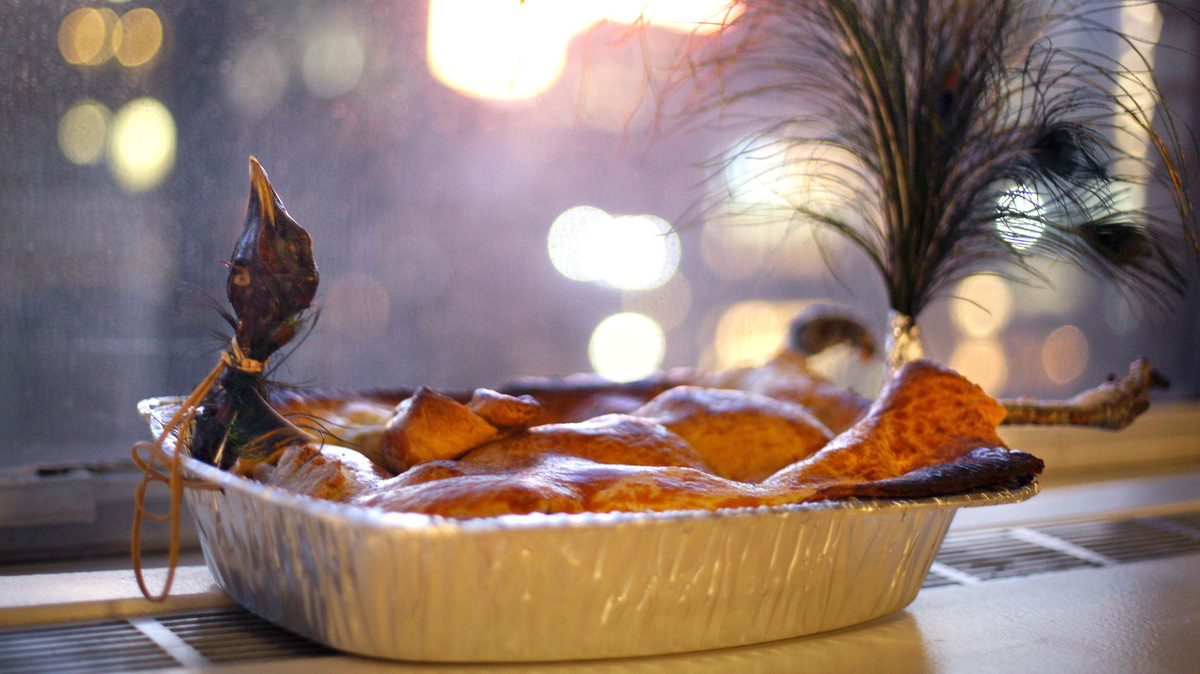 The Planet Money peacock pie, in all its glory.

In the seventeenth century, spices were the ultimate display of wealth. They powered a huge and complex web of global trade, the spice trade.

Today on the show, we source spices and try to recreate the taste that changed the world. We cook a peacock pie, using a Dutch recipe from 1612, and we make claret, an after-dinner drink.

Below you can find the original recipes, translated from Dutch by Christianne Muusers.

Take a peacock that must be freshly killed so that he will be tender. Pluck it dry, cut off the wings, but leave on the head with the plume attached. Pull the entrails out. Then take a dry cloth and wipe it inside as well as possible, without using water. When most of the blood and blood clots have been removed, sprinkle it on the inside with some pepper, cloves, nutmeg, cinnamon and salt. And to make it very tender, add some lard and some panicles of sweet fennel. Immerse the thighs (the body) in hot water, but take care that the neck does not break off. Chop off the legs and stick the breast full with cloves, the same with the thighs. Put it in pastry. First cover the pastry bottom with thin slices of lard, put the peacock on top with slices of lard over it and lots of spices, as described above. Keep the head sticking out and wrap paper around it against the heat. One can also cut off the head and, after the pie has been baked, put it on top, which is the most common nowadays.

Boil the honey and water.

Combine the cinnamon, ginger, grains of paradise, nutmeg, galangal, saffron, and black pepper. Add to the bowl with the cinnamon and ginger.

Add the white wine. Mix well. It will look like mud.

Mix in the honey and water.

Pour through the coffee filters (or cheese cloth or sack). Do this eight or nine times, or however many times you have patience for.

For more ancient economic stories, subscribe to our weekly newsletter.