Accessibility links
Author Kristin Kimball Wants To Persuade You To Become A Farmer Kristin Kimball's second book — published nearly two decades after she left New York City to start a farm upstate — explores the ways in which farming has shaped her life and marriage in middle age. 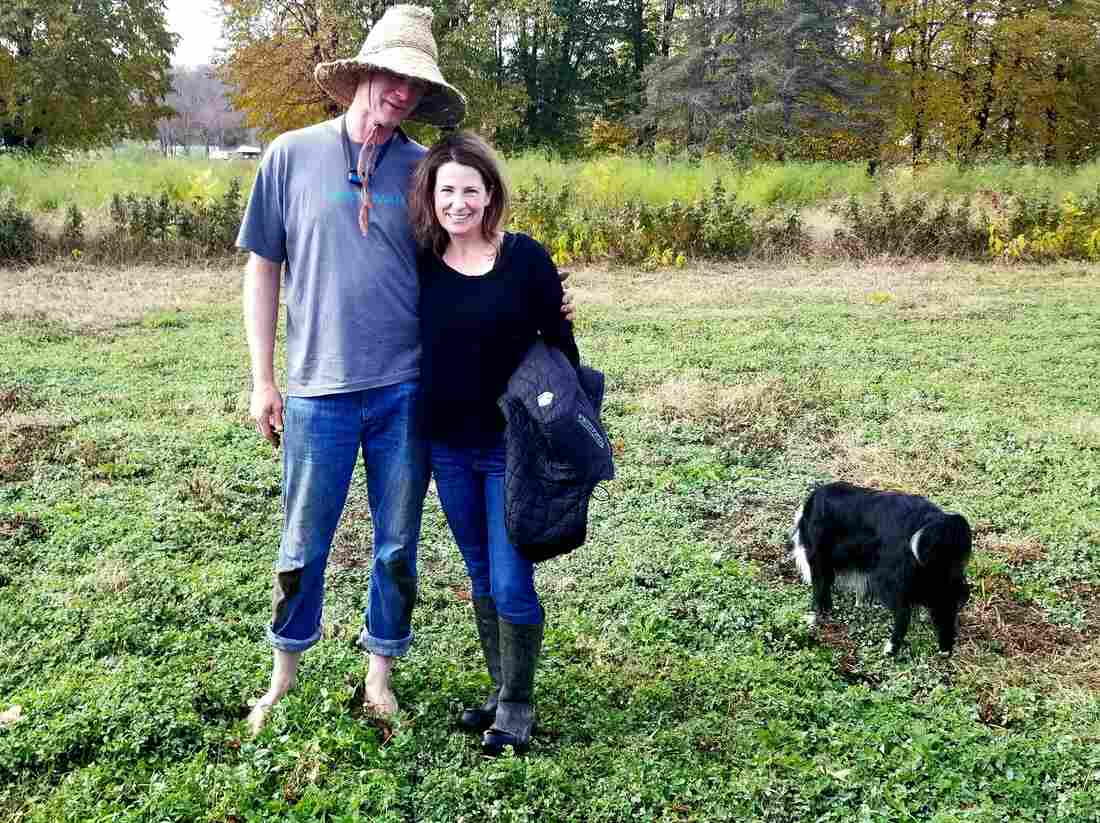 Kristin and Mark Kimball work 1,600 acres of farmland in northern New York. After more than a decade on the land, they say it's the hardest life the can imagine and it's tested their marriage, but they're still having fun. Brian Mann/NCPR hide caption 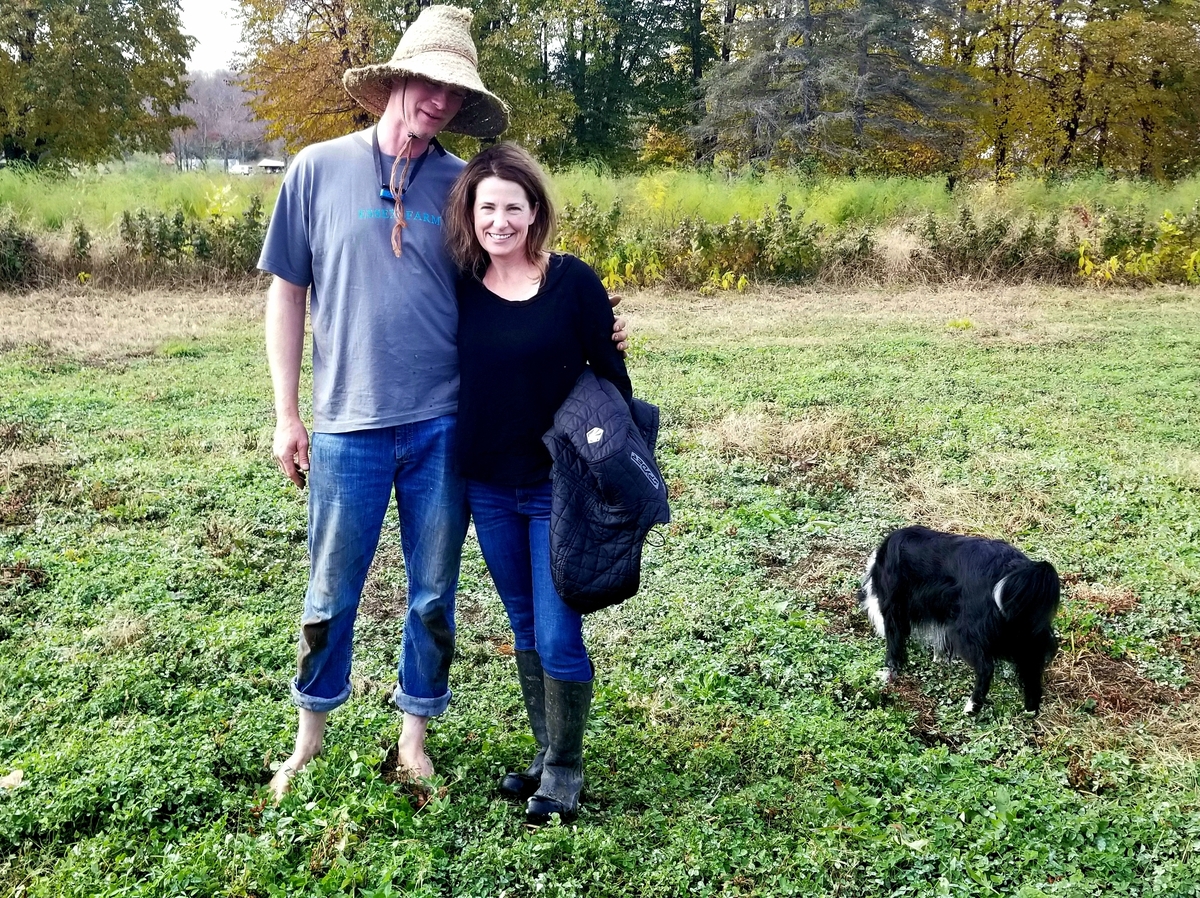 Kristin and Mark Kimball work 1,600 acres of farmland in northern New York. After more than a decade on the land, they say it's the hardest life the can imagine and it's tested their marriage, but they're still having fun.

Kristin Kimball's first book, The Dirty Life, became a surprise bestseller, telling the story of how she left a publishing career in New York City to start a farm with her husband.

"I had no idea you could be dirty in so many ways," she told NPR.

A decade later, Kimball is back with a new book about farming and how it's shaped her life and marriage into middle age.

"I just wish everybody had the experience of getting their hands in the dirt," Kimball said, standing in her kitchen with a pot of homemade potato and leek soup bubbling on the stove. "Seeing what a miracle it is to pull food out of the ground and then to cook it and eat it with other people."

Diversifying Crops Is Good For The Planet. But Can It Be Good For Farmers' Wallets?

Kimball is a small woman with dark shoulder length hair, now in her 40s. She and her husband Mark have emerged as national evangelists for the small farm, local food movement. Essex Farm, which sits in the foothills of New York's Adirondack Mountains, is closer to the Canadian border than Manhattan.

"My pitch is always, can I convince you to become a farmer? Everyone I meet," said Mark Kimball as he led the way toward the farm's hog pen. He's a tall, rangy guy in a big straw hat who grins with excitement when he talks about milk yields and hogs. 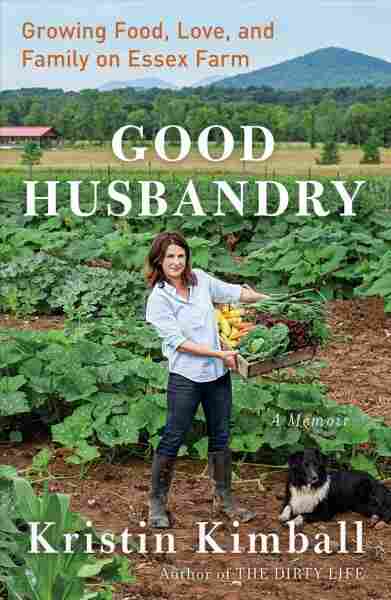 Essex Farm is a working landscape, which means a lot of mud and industrial equipment, but it's also gorgeous. Their 1,600 acres sprawl over forest and meadows. Even late in the season there are bright purple cabbages in neat rows and a few last berries to be plucked.

"And then there's rhubarb in here," Kristin Kimball said. "And that's all asparagus."

Sun swept over a distant flock of sheep, but the wind was sharp. We could feel winter. These days, most large farms focus on one or two big cash crops. The Kimballs raise everything from beets to chickens. In this kind of community supported agriculture food is sold directly customers, with Essex Farm feeding hundreds of families.

In theory, this business model is more sustainable. It means more money in their pockets, with less going to food packaging and distribution. But Kimball said this life is still precarious, measured out season by season.

"It started off disastrously wet and cold in the spring," she recalled. "But the summer and fall were pretty good for us and our harvests were some of our best harvests that we've had."

They supplement their income with speaking fees and revenue from Kristin's books. After 15 years at the center of the small farm renaissance, the Kimballs describe themselves as one part romantic, two part realist.

"Mark and I came into agriculture at a time when things felt very, very hopeful," she said. "We were in this wave of young farmers starting new farms, many of us first generation. But it's also the old story of agriculture, which is that we're working in a business that is subject to the chaos of weather, the vicissitudes of market. So it's rich, it's beautiful, and it's also really, really hard." 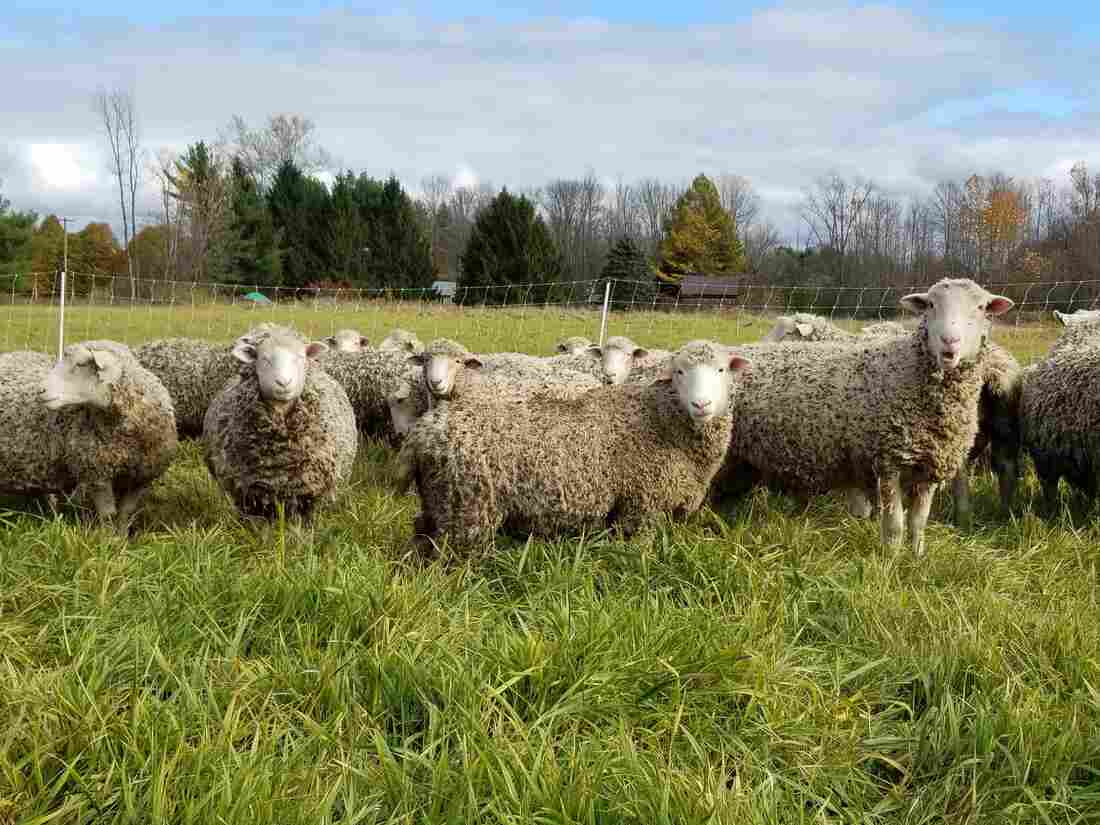 Essex Farm differs from many large modern farms that focus on one or two cash crops. Instead, the Kimballs raise everything from sheep to cabbages, selling their food directly to customers. They've become national evangelists of the small farm, local food movement. Brian Mann/NCPR hide caption 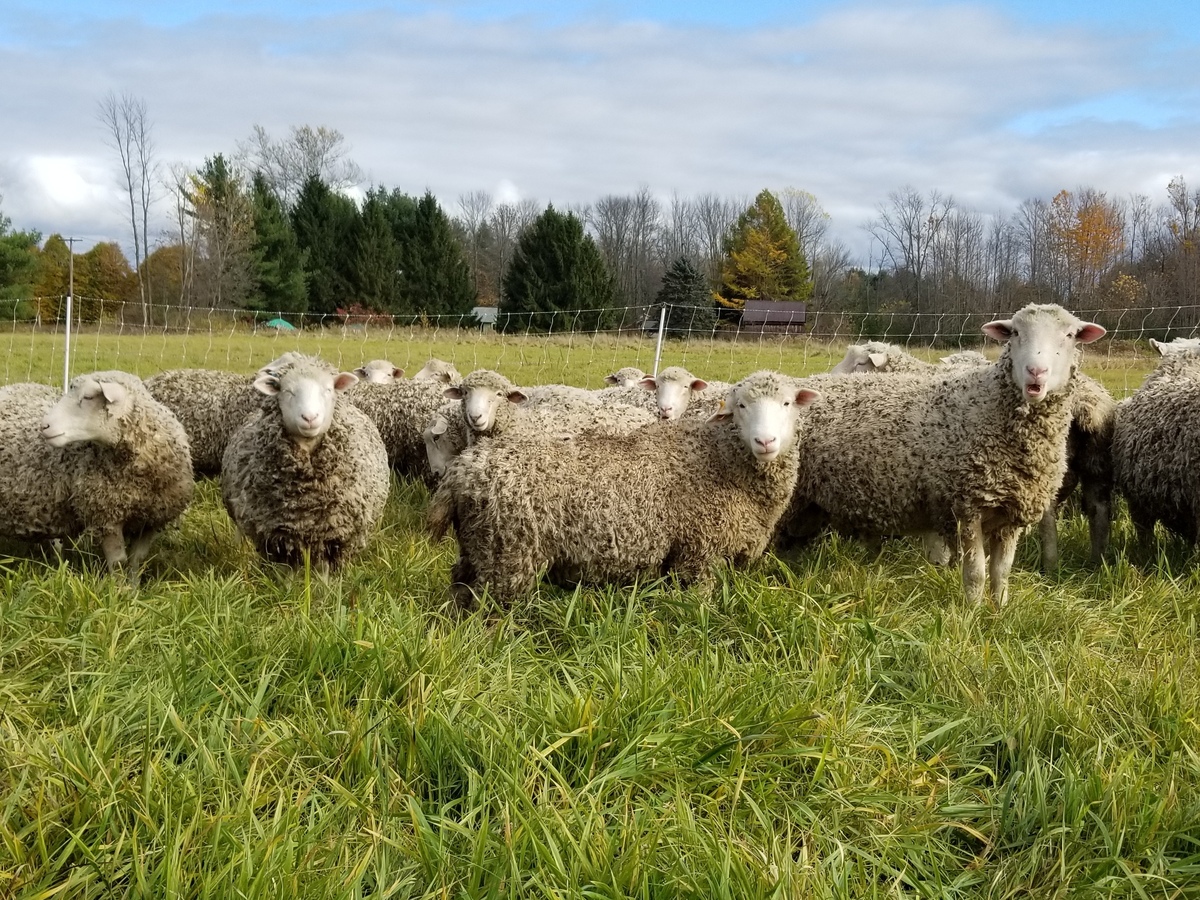 Essex Farm differs from many large modern farms that focus on one or two cash crops. Instead, the Kimballs raise everything from sheep to cabbages, selling their food directly to customers. They've become national evangelists of the small farm, local food movement.

This is a part of the story her new book Good Husbandry tells. It captures the feel of late autumn days in the fields, the joy of raising their two daughters on the farm. But it also records the strain of a struggling small business and the pressure that can bring to bear on a marriage. Kristin and Mark say they've seen a lot of farms like theirs fail since her first book came out.

"They go out of business because of burnout and divorce," Mark said.

"I think any farm family would recognize the farm is the thing that holds you together as a family, it's the project you work on together with passion and energy and it's also the thing that can wear you down as a family," Kristin agreed. "The work is unrelenting and the financial pressure can really erode the family."

A Beautiful And Wild Winter Day In The Adirondacks

Mark looked across the kitchen table at Kristin and grinned. "When you step back a little bit, the fact that we're still here around this table is pretty close to a miracle. It's pretty cool."

They're clearly proud of the fact their farm is still in business. Survival is victory for small farms these days. They say they're still having fun making a life together, working their land as winter sets in. Even after all these years Kirstin said she's a little startled this turned out to be her story and her life, but also contented.

"The trade-offs," she said, "have been a hundred percent worth it."

Read an excerpt of Good Husbandry