Accessibility links
William Ruckelshaus, Who Defied Nixon In 'Saturday Night Massacre,' Dies At 87 Ruckelshaus was a moderate Republican who held several posts in the Nixon administration. His loyalty to Nixon had its limits. 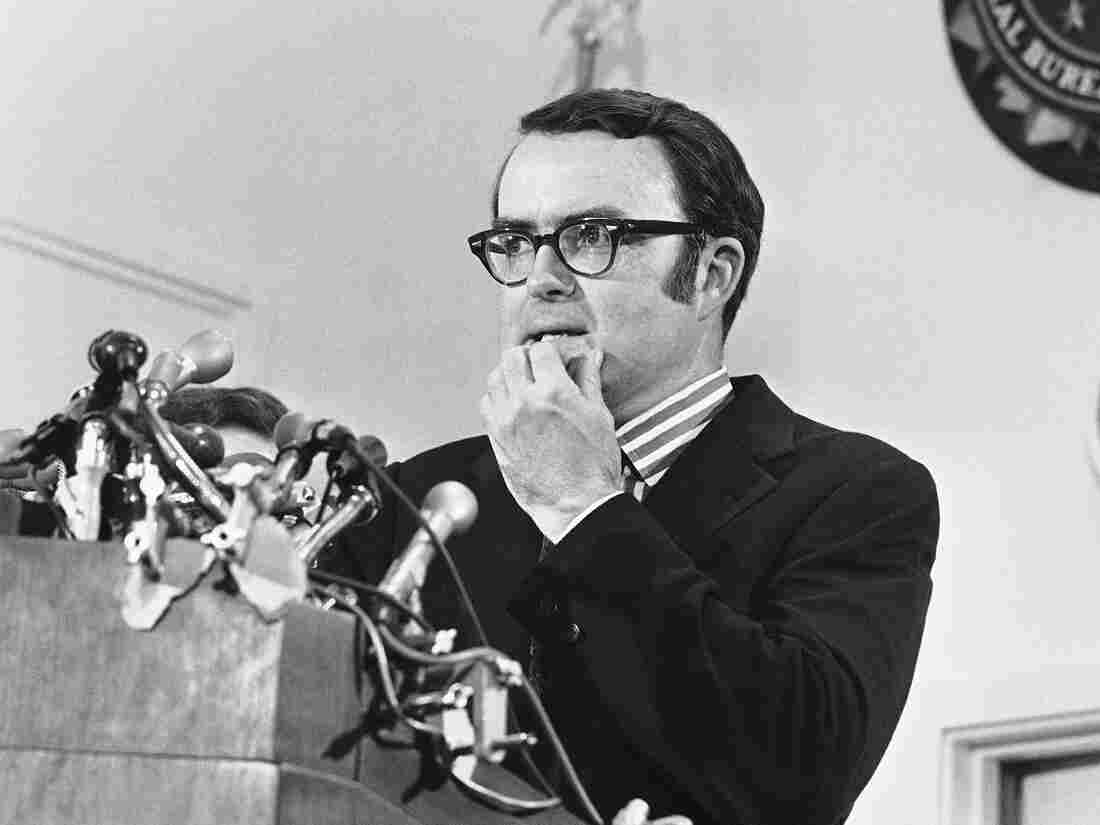 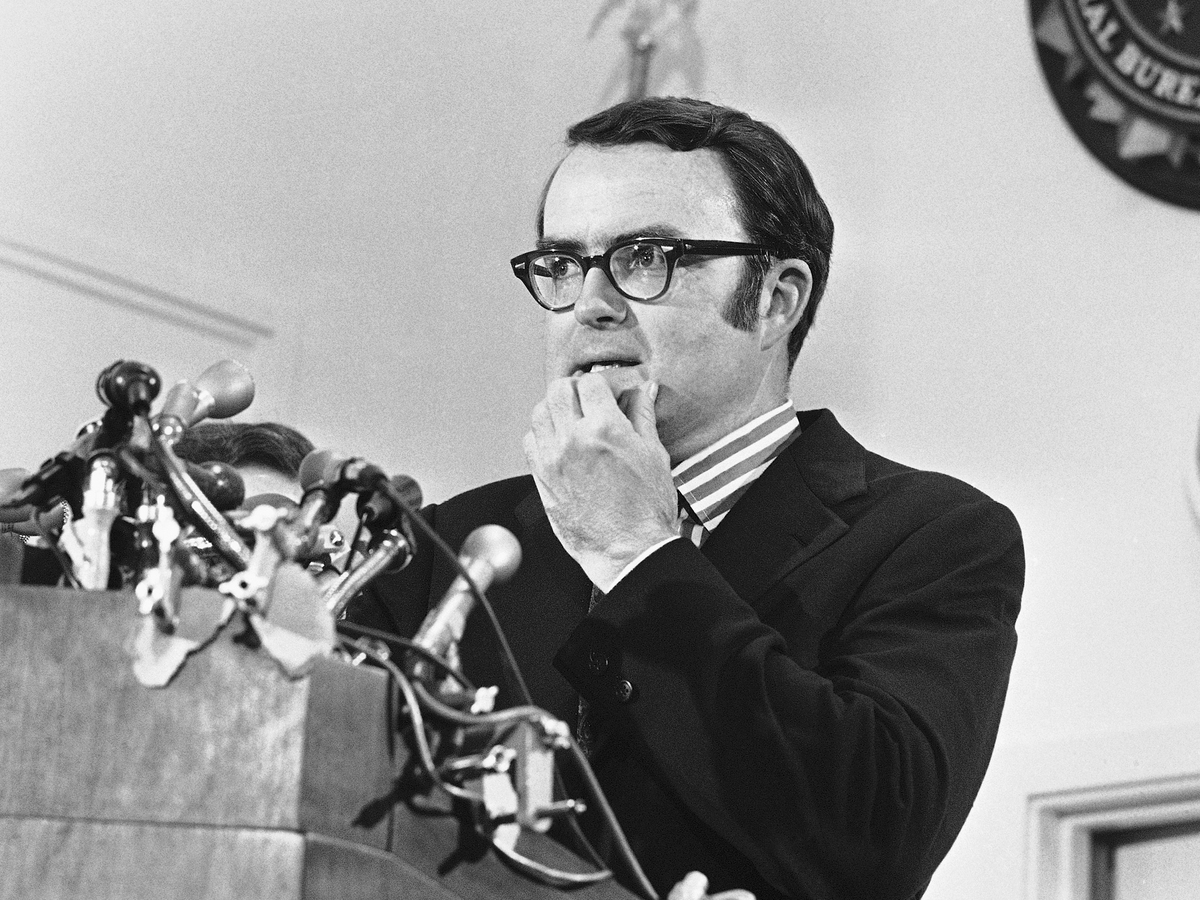 Then-acting FBI Director William D. Ruckelshaus pauses during a May 1973 news conference in Washington, D.C. Ruckelshaus died Wednesday at the age of 87.

William D. Ruckelshaus, the nation's first administrator of the Environmental Protection Agency and a former deputy attorney general who was perhaps best known for defying President Nixon during the Watergate scandal, has died at the age of 87 at his home in Medina, Wash.

A moderate Republican, Ruckelshaus was an Ivy League-trained lawyer from Indianapolis who, in 1969, joined the Nixon administration as head of the Justice Department's civil division. In late 1970, he became the first administrator of the new Environmental Protection Agency where he oversaw the implementation of the Clean Air Act and the banning of the pesticide DDT.

With a record and reputation as a pragmatic political trouble-shooter known as "Mr. Clean," Ruckelshaus was tapped as acting FBI director and then deputy attorney general during the early stages of the Watergate scandal. Within months of his arrival at the Justice Department, he would become embroiled in one of the most controversial events in the scandal over the White House-orchestrated break-in at the headquarters of the Democratic National Committee at the Watergate Hotel.

As the investigation into the alleged cover-up of the break-in intensified, Nixon ordered then-Attorney General Eliot Richardson and Ruckelshaus to fire the independent special Watergate prosecutor Archibald Cox. They both refused and instead resigned. That episode in October 1973 came to be known as the "Saturday Night Massacre" and it led to the eventual downfall of the Nixon presidency a year later.

Ruckelshaus left Washington, D.C., and moved to Seattle in 1976. He was a senior vice president for the lumber giant Weyerhauser when he returned to lead the EPA under President Reagan in 1983. He is widely credited with re-energizing the demoralized and scandal-ridden agency before leaving at the beginning of Reagan's second term in early 1985.

From 1988 to 1995, Ruckelshaus was chairman and CEO of Browning Ferris Industries (BFI), a large garbage-removal company. Under his leadership, BFI moved into the New York market where it helped break up the Mafia's role in the trash removal business.

A noted conservationist, Ruckelshaus led the Puget Sound Partnership from 2007 to 2010. More recently, he has been critical of President Trump's environmental policies.

As The Associated Press reports,

"In recent years, Ruckelshaus joined other former EPA directors in championing the agency against cuts or efforts to curtail its authority. In an interview with The Associated Press last year, his criticism of President Donald Trump's moves to roll back environmental protections and give more regulatory power to the states was withering.

"He said some states don't have the resources to police big polluters, and others lack the will.

"'The reason that the ultimate authority to enforce the law was put into federal hands was because the states weren't any good at it,'" Ruckelshaus said. "The idea that you're going to delegate it to the states ... is completely fraudulent.' "

Ruckelshaus was awarded the Presidential Medal of Freedom by President Barack Obama in November 2015.