Accessibility links
New Report: U.S. Lacked Technology To Account For Separated Families The report says the administration planned to separate as many as 26,000 children under the "zero tolerance" policy. More than 5,000 children were separated before it was ended by a judge. 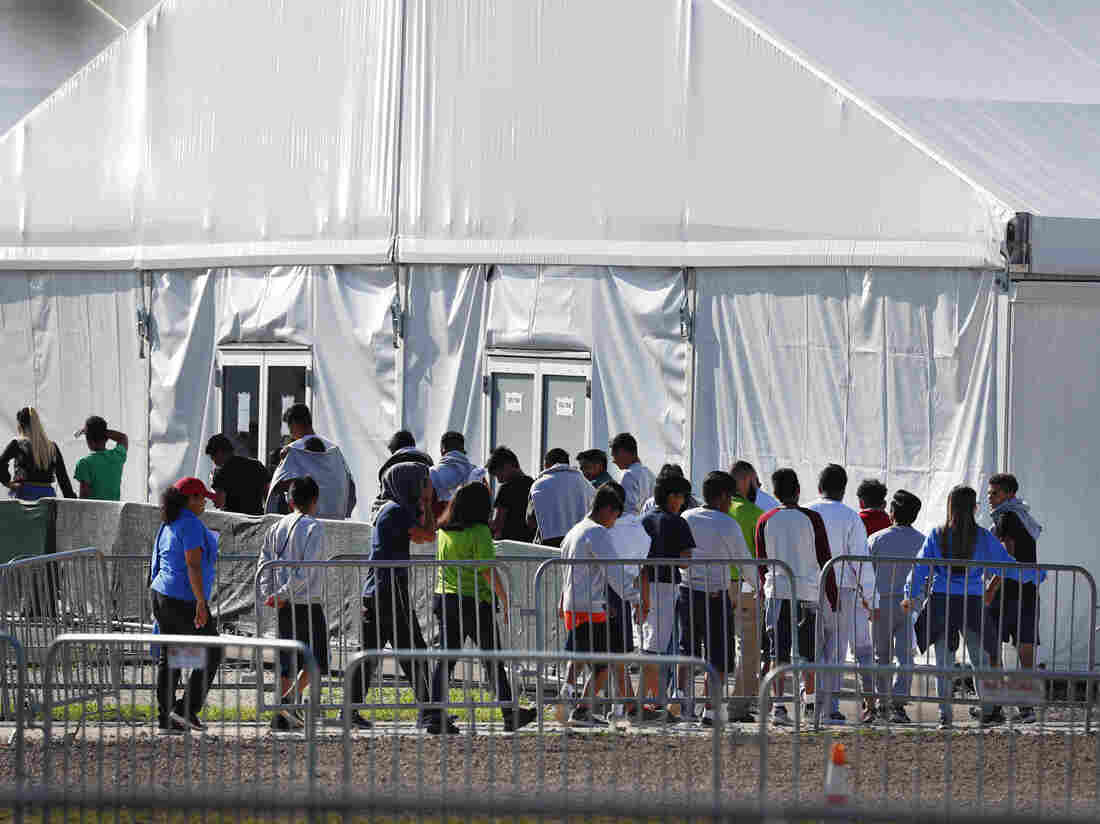 Migrant children line up to enter a tent at the Homestead Temporary Shelter for Unaccompanied Children in Homestead, Fla. in February 2019. Wilfredo Lee/AP hide caption 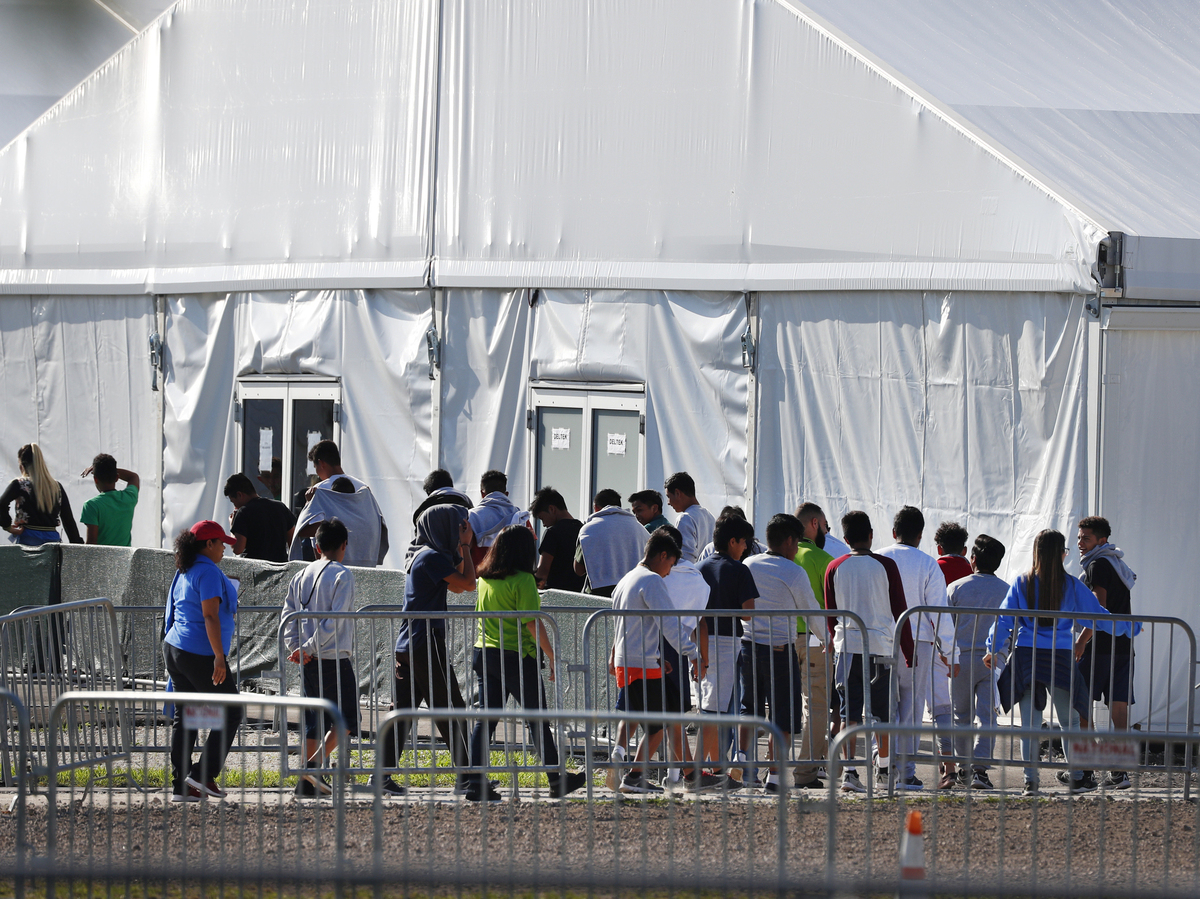 Migrant children line up to enter a tent at the Homestead Temporary Shelter for Unaccompanied Children in Homestead, Fla. in February 2019.

The Department of Homeland Security separated thousands of migrant families under its "zero tolerance" policy despite knowing that it lacked the information technology to record and track the migrants, according to a blistering report by an internal government watchdog released Wednesday.

More than 5,000 children have been separated from their parents under the Trump administration policy designed to deter migrants from crossing the southern border, according to migrant advocates.

"The report reveals shocking new details about the Trump administration's cruel and unlawful family separations, concluding the government knew in advance that it had no tracking system but proceeded with ramping up separations anyway," said ACLU attorney Lee Gelernt, who has challenged the administration's policy.

The report also revealed for the first time that border officials planned to separate five times as many children than it did in 2018.

"In early May 2018, CBP (Customs and Border Protection) provided the Office of Management Budget (OMB) with estimates that it would separate more than 26,000 children between May and September 2018 because of Zero Tolerance," the report said. "However, prior to policy implementation, DHS did not address deficiencies recognized and documented in 2017 that could potentially hamper the ability to track separated families."

The ACLU's Gelernt said the administration had not disclosed the scope of its operation before now.

"Had it not been for the legal challenge and public outcry, the administration may very well have succeeded," he said.

Public outrage over kids in cages

There was a public outcry following published reports and images of migrant children being held in cages and distraught parents waiting for weeks before learning of their children's whereabouts.

In June 2018, a federal judge in San Diego ordered the government to reunify the families and President Trump signed an executive order ending the policy. Despite those actions, the practice persisted.

An email to DHS seeking comment was not immediately returned.

The report says one of the chief reasons the government failed to keep track of the separated families was because the various agencies handling the migrant families had no common data system. Communications between the agencies often relied on email which hampered reunification efforts.

The report also concludes that the "zero tolerance" policy fell far short of its goals:

"Although DHS spent thousands of hours and more than $1 million in overtime costs, it did not achieve the original goal of deterring "Catch-and-Release" through the Zero Tolerance Policy. Instead, thousands of detainees were released into the United States. Moreover, the surge in apprehended families during this time resulted in children being held in CBP facilities beyond the 72-hour legal limit."