Accessibility links
Chain Of Gratitude: Ari Shapiro Interviews 4 Musicians For Thanksgiving Ari Shapiro names The New Pornographers as a musical act he's thankful for in 2019. That gratitude is passed forward to nêhiyawak, then Leikeli47 and finally to Chick Corea. 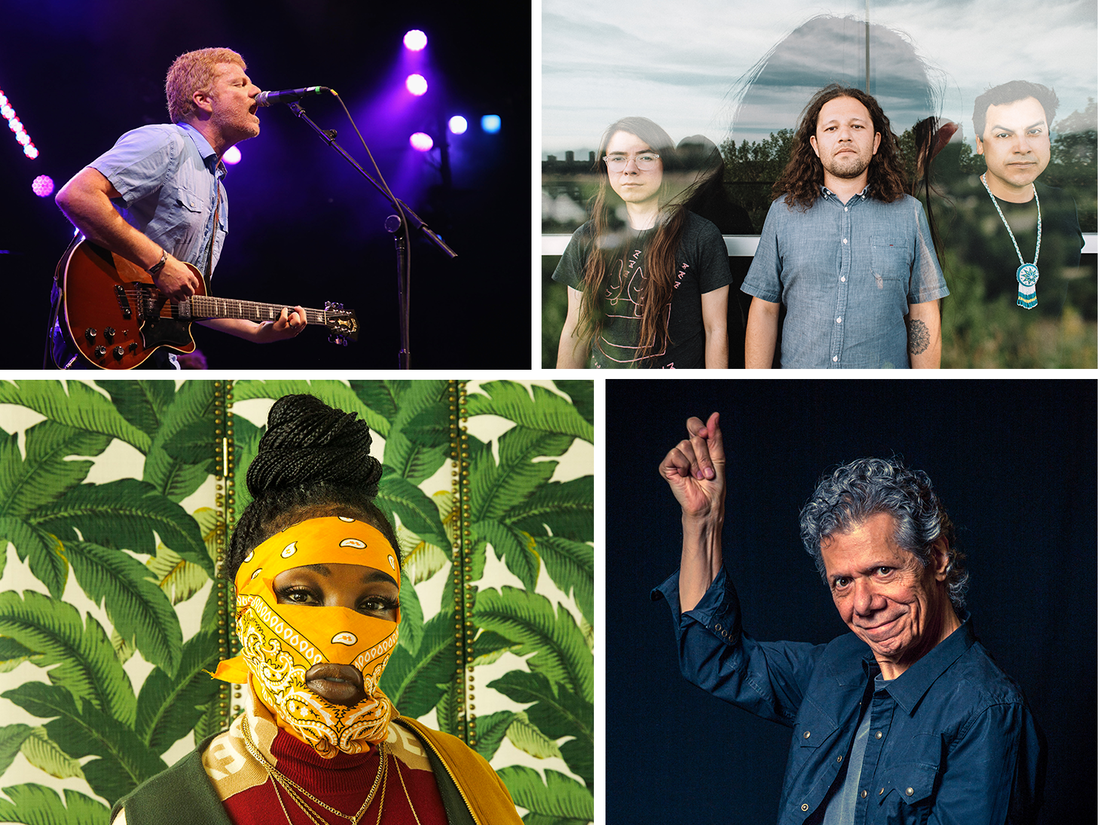 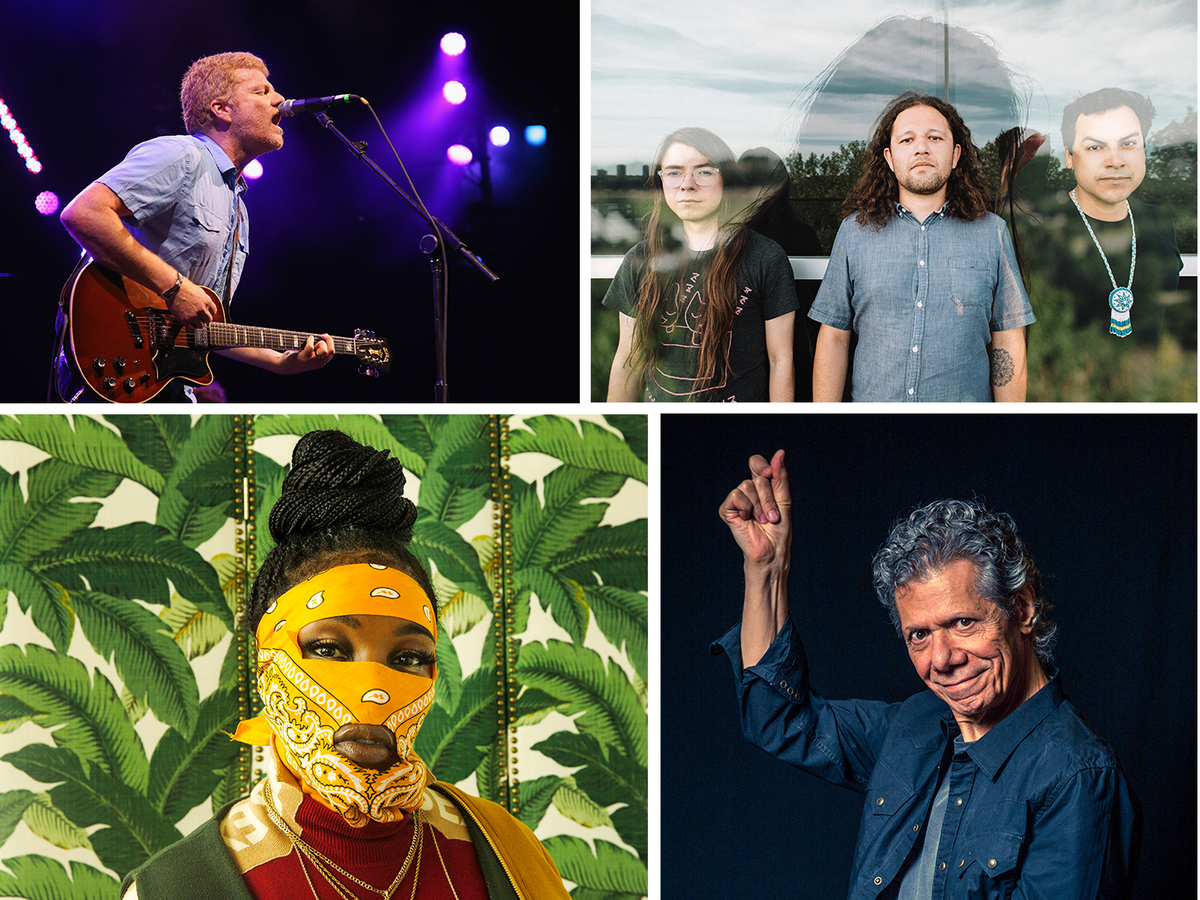 For the fifth year running, All Things Considered's annual musical gratitude chat is back. This Thanksgiving, NPR's Ari Shapiro speaks with four different artists, each guest having been named as a reason to be thankful by the previous artist.

This year, the chain starts in Canada with A.C. Newman, lead vocalist and guitarist of The New Pornographers. He expresses thanks for rising Cree language dream-pop outfit nêhiyawak, whose frontman, Kris Harper, talks to Ari about Idle No More, a movement of indigenous people speaking up for native interests, and his grandmother's experience with residential school in Canada. From Harper, the chain continues to Virginia-raised rapper Leikeli47 and concludes with legendary pianist Chick Corea.

Listen to Ari's four-part interview in the audio player above, and read on for highlights of his conversations.

A.C. Newman of The New Pornographers

On the imagery of cars on 2019's In the Morse Code of Brake Lights: It happened accidentally. I began to notice it was a recurring theme and I thought, why not just run with it? It made me ask the question: why are there so many songs about cars? Car songs go back so far, like Chuck Berry, Guided By Voices's "Motor Away," or Gary Numan's "Cars." There's every kind of car song and I thought it's obviously a very eternal image in modern culture, in pop culture.

On nêhiyawak: I love that it is this combination of really cool, atmospheric, indie, dream-pop. It draws me in; it's very interesting. But then there are all these other interesting elements, like the drums are all these native, ceremonial drums. "Open Window" is a song I really like. I've always loved strange music that borders on abrasive, but then it just opens up into melody.

On the meaning and significance of the title of nêhiyawak's debut album, nipiy: The title is nipiy, which in nêhiyawêwin, or Cree language, is "water." For us, this was an incredibly important sentiment that had come out of a lot of the thoughts and ideologies that went along with the Idle No More movement.

The first and last track are called "kisiskâciwanisîpiy": pȇyak, one, and two [nîso]. These two tracks, they flow to the rhythm of the water [of the kisiskâciwanisîpiy, or North Saskatchewan River]. In nêhiyawêwin, the word "kisiskâciwanisîpiy" refers to [the river] flowing at a pace that you walk, and so we wanted to find out what that pace was and to create songs that were at that pace for someone to listen to and consider where they're at.

On Leikeli47: For me, I felt that she wanted to share her experience, and for me to listen and learn from her, on her terms, delivered with her purpose, poise and banging beats ... Something else that she's pointed to — which is, again, what we're talking about when we're making our music about water — is about the safety of women. And these three albums that she's been working on, this trilogy, is all based around the notion of safe spaces for women, which I think is revolutionary work and [with] incredible language.

On Chick Corea: Well, a lot of people may not know this about me because they deem me a "rapper," but I'm just a musician, I'm just an all-around artist and human beings like Chick Corea are those great people that helped shape who I am. I can't tell you how much I've listened to "Spain" over and over and over and over ... If I could do with my voice what he does on the keys, who's stopping me?

On his recent and Grammy-nominated album, Antidote: I think all of the various forces possibly came together on the title track, "Antidote." It's one of the brand-new compositions and it's a piece where I actually wrote the lyrics myself. It expresses the fact that we, as musicians and artists, are kind of an antidote to anything negative going on in the world.

On Paco de Lucía: Paco is one of the musicians that really changed me musically and inspired me when I met him and began to play with him. He grew up in the tradition of flamenco music in Spain [and] quickly became one of the most revered, great flamenco guitarists. I was honored to be invited by him to play the piano on a track called "Zyryab."

NPR's Aubri Juhasz and Christina Cala produced and edited the audio for this story. Mano Sundaresan and Cyrena Touros adapted it for the web.