Accessibility links
Review: 'Merry Happy Whatever' Is Neither Merry Nor Happy, But Is Whatever You can understand why Netflix thought people might want a holiday-themed family comedy to watch this season. But unfortunately, the one they made is a big miss.

The Dismal 'Merry Happy Whatever' Is The Downside Of Binge-Watching

The Dismal 'Merry Happy Whatever' Is The Downside Of Binge-Watching 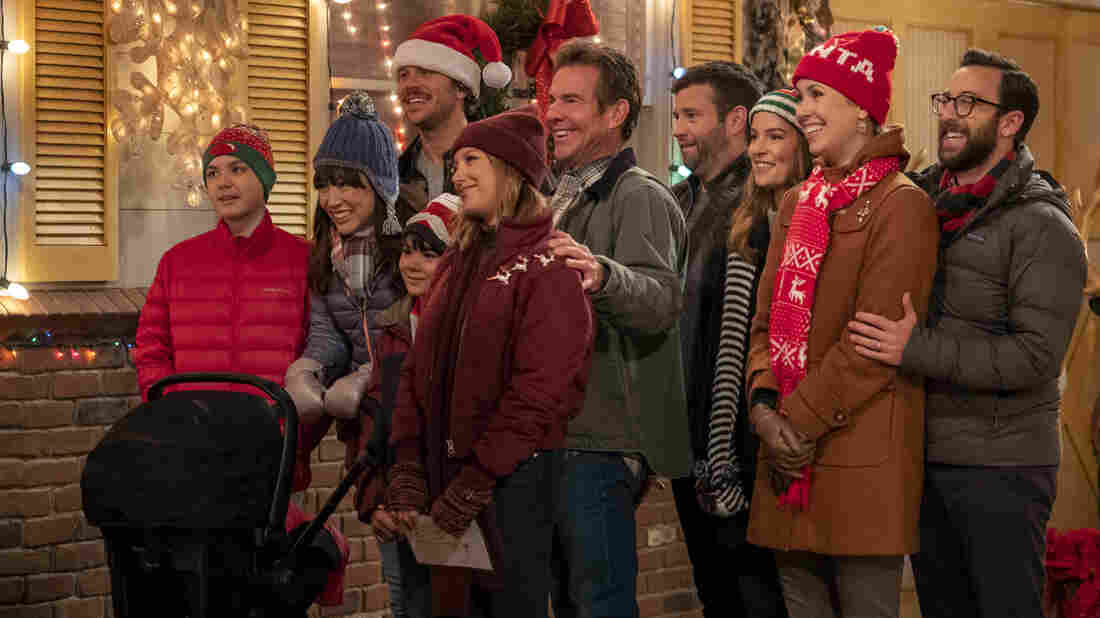 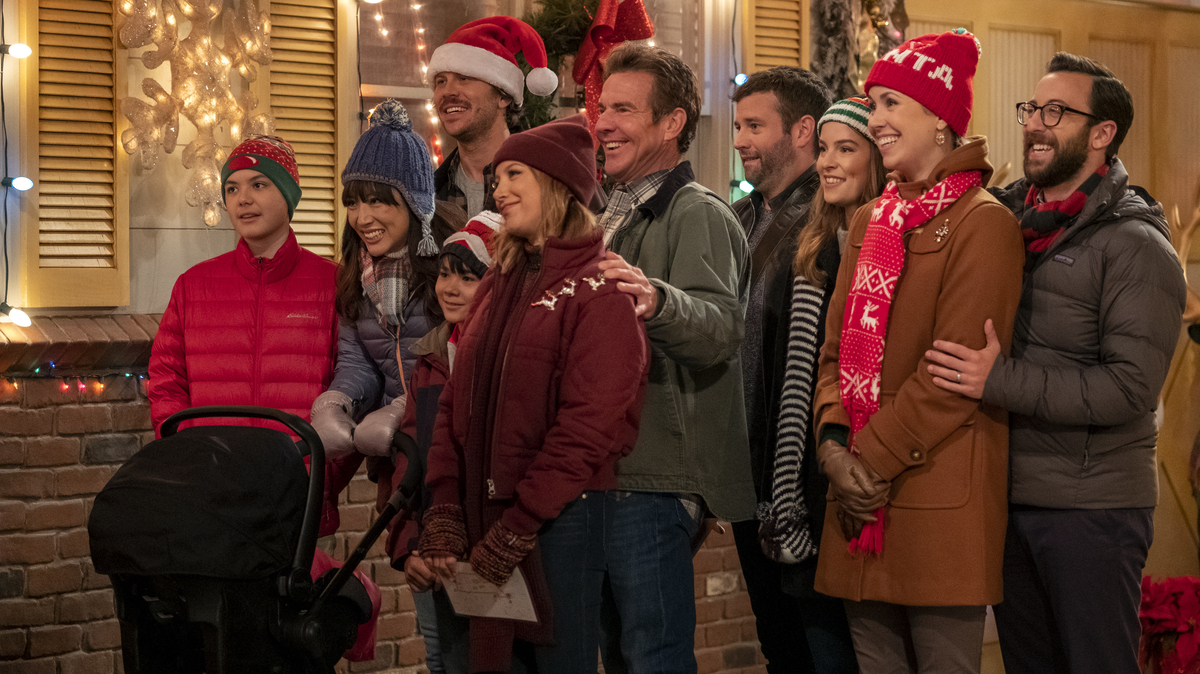 The business proposition behind Netflix's painfully flat family sitcom Merry Happy Whatever, released in an eight-episode binge on Thanksgiving Day, is the most defensible thing about it. It makes all the sense in the world to try to offer large groups of people something aggressively — almost defiantly — unobjectionable to watch, and it makes sense that it might be a very old-fashioned multicamera sitcom. What's more, there have been some good multicams in the last few years, including Netflix's own fabulous One Day At A Time, so why not give it a shot? And why not theme it around the holidays, thus perhaps capitalizing on the same "what the heck, it's Christmas" vibe that has elevated so very many basic cable movies?

It could have worked out. It just didn't.

The show takes place at the Quinn family home at Christmas. The patriarch is Don (Dennis Quaid), a widowed Sitcom Everydad of the "makes all his sons-in-law feel not good enough for his daughters" variety. One daughter is Emmy (Bridgit Mendler), who's in from L.A. with her boyfriend Matt (Brent Morin), who obviously doesn't please Don, because he's a musician. There's also the strangely out-of-time Patsy (Siobhan Murphy), who often seems to be a weirdly chipper TV housewife from decades ago, who's married to Todd (Adam Rose). Don also has a daughter Kayla (Ashley Tisdale), a nervous type whose marriage has recently blown up. Don's son Sean (Hayes MacArthur) is married to Joy (Elizabeth Ho), and he's the son who comes home keeping the obligatory secret that he's suffered a setback and doesn't want to disappoint his father.

It would be wonderful to report that Merry Happy Whatever managed to overcome the cliches inherent in its controlling-papa set-up, its collection of children and in-laws, and its painfully obvious holiday scenarios (caroling! trip to the mall! Midnight Mass!). There is talent involved in this show: creator Tucker Cawley worked on Everybody Loves Raymond and Men Of A Certain Age, and the directors include experienced comedy hands Betty Thomas and Pam Fryman, as well as One Day At A Time co-creator Gloria Calderon Kellett. Unfortunately, it is not to be.

Much of the levity comes from the idea that Don's overbearing parenting and manliness policing is cute. I don't know why masculinity panic is such a go-to for comedy writers; it tends to be both boring and vaguely sexist to see guys yuk it up over who's a "real man" and who's not. In this case, Sean, Matt and Todd, the son and two sons-in-law Don torments, are all sort of locked in this eternal dance of asserting their worth in front of their partners as Don witheringly dismisses them. It's all very 1990s-Tim-Allen, if he'd gotten 25 years older without learning anything.

The impulse here to provide families with a comedy they can all watch together is a good one. But the truth is that if you're looking for such a thing, you'll do much better with the many comedies that are already available on various streaming platforms. Standbys like Cheers and Black-ish and Parks and Recreation and Brooklyn Nine-Nine, maybe stuff like Schitt's Creek or The Other Two if your family is a little more modern in its sensibilities. Catch up with a movie like Always Be My Maybe or To All The Boys I've Loved Before ... truthfully, in the streaming age, if you're looking for a soft touch of a group watch, there are a lot of options — and we haven't even talked about the wide world of reality competitions like Top Chef and Project Runway, which can keep people occupied for hours upon hours.

In short, you don't have to watch this just because they were calculating enough to know people might go looking for it. The instinct is sound, but you can do a lot better. It's the holiday season: Don't settle.