Accessibility links
Daniel Craig: 'Knives Out' Is One Of Those 'Grand Pieces Of Entertainment' As a kid, Craig remembers Agatha Christie "event movies" such as Murder on the Orient Express and Death on the Nile. He says his new whodunit, Knives Out, strives for a similar effect. 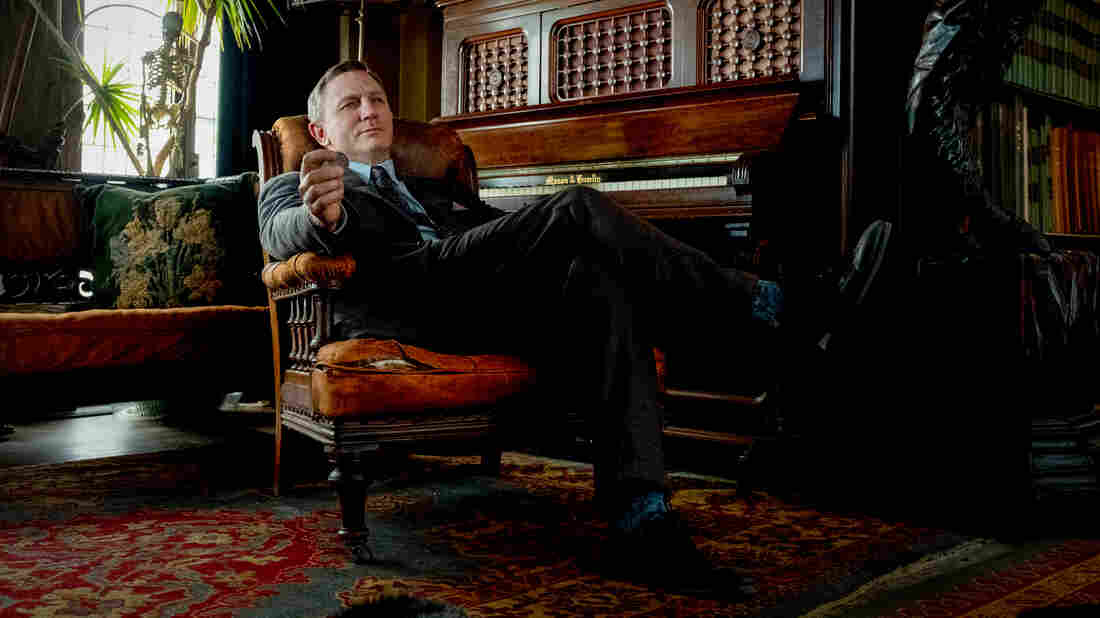 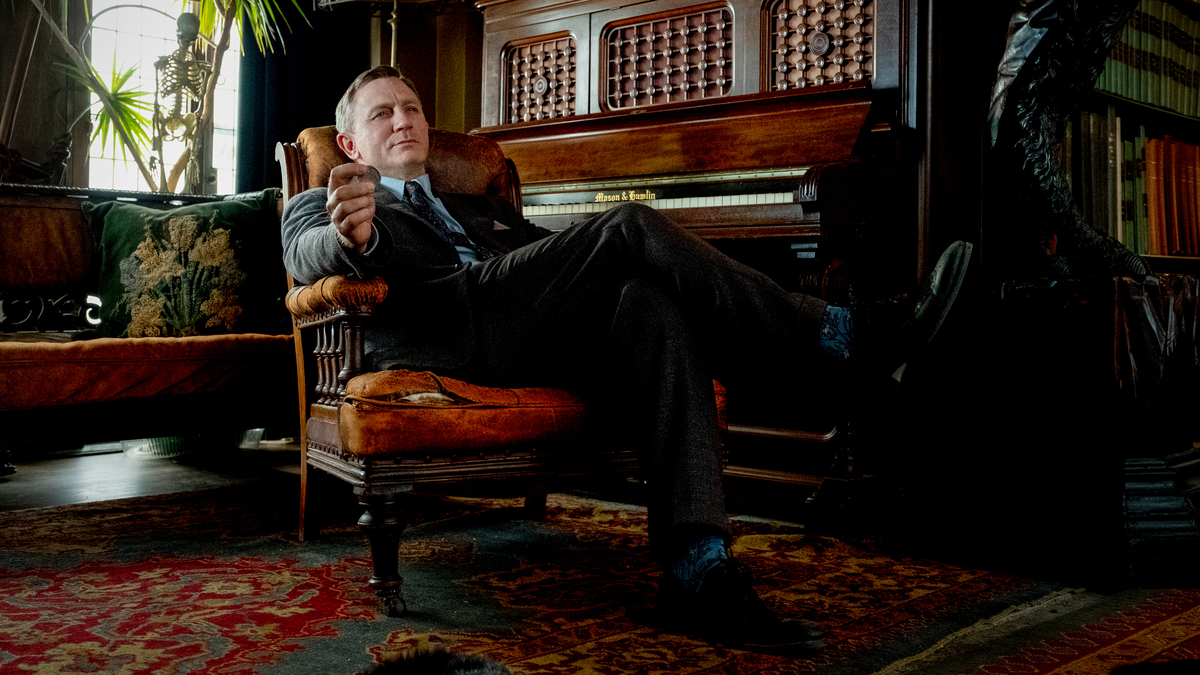 Daniel Craig as detective Benoit Blanc in Knives Out.

Knives Out is a human jigsaw puzzle of a whodunit: a dead, rich novelist on a divan upstairs; scheming, back-stabbing family members downstairs quarreling over the spoils; an appealing family attendant; and a famously astute detective in the drawing room, armed only with his wits — and, in this case, a slow Southern drawl.

Daniel Craig, who plays detective Benoit Blanc, says filmmaker Rian Johnson wrote in the script: The gentlest of Southern lilt. "I may not have done that, but I went for it," Craig says. "He wanted something that placed him, that separated him from the rest of the characters — kind of maybe leaves him open for ridicule."

On the whether clues left behind by Harlan Thrombey, the murdered novelist, are there to help

I suppose so. I mean, he's also done the opposite, I would say. That he scattered clues to put — misdirection, I think, is what he's really after, and for a very, very important reason. But the film is littered with stuff like this. I mean, there are many, many references.

Rian's a fan of — as I am — of Agatha Christie, and certainly of the sort of big movies that came out when I was a kid, like Murder on the Orient Express and Death on the Nile. They were event movies with lots of big stars in them ... just sort of grand pieces of entertainment. And that's what, I think, this movie sets out to be and succeeds in doing.

I don't know. I mean, of course, Benoit doesn't really exist in the world, but maybe it would be lovely if he did. But he's a fictional character — somehow he's invited into a quite a serious criminal investigation, and is allowed to stick his nose in. He has an inquiring mind and he sees in this young woman, Marta, who was [the novelist's] nurse, as somebody who's in deep trouble, but is basically a very, very good person. And he thinks that she holds the key to the case. So he takes great interest in people. And I think that's where he finds out the sort of, you know, the crux of the case.

On the resonance of contemporary political arguments in the film

I think, as [Knives Out co-star] Jamie Lee Curtis has so eloquently put it in a lot of interviews, there's a lot of red meat and blue meat being flung around here. So there's both sides of the argument. But there's a central storyline. ... Ana de Armas is playing this character Marta, who is basically the heartbeat of the movie. And her predicament is very modern and up-to-date. It's very much today, now, right now, amidst everything that is going on in this country.

On working as a waiter when he was young, and whether that required acting

I didn't know at first, but yes, it does. It takes ... a persona, really. And you need a persona, I'm sure, as most waiters will tell you, just so you can ignore, you know, how rude people are a lot of the time. ... I was full-on silver service, bow ties and, had to do cocktails and do the whole thing. I did that for years.

Myself, but I mean, shaken, of course. Cold as hell and very dry.

This story was edited for radio by Barrie Hardymon and Sophia Boyd, and adapted for the Web by Petra Mayer.