Accessibility links
London Knife Attacker Identified; Public Lauds Narwhal Tusk Takedown Usman Khan, 28, had served the minimum eight years of a 16-year sentence for his involvement in a plot to bomb the London Stock Exchange and build a terrorist training camp in 2012. 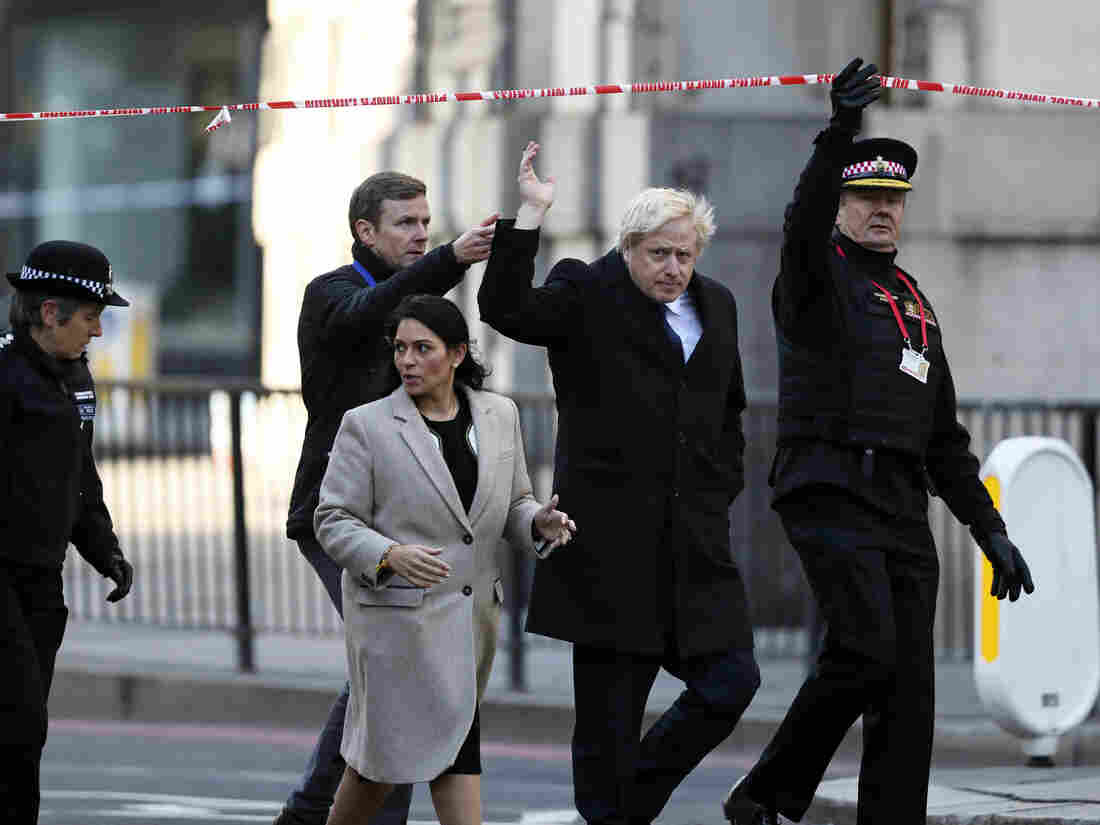 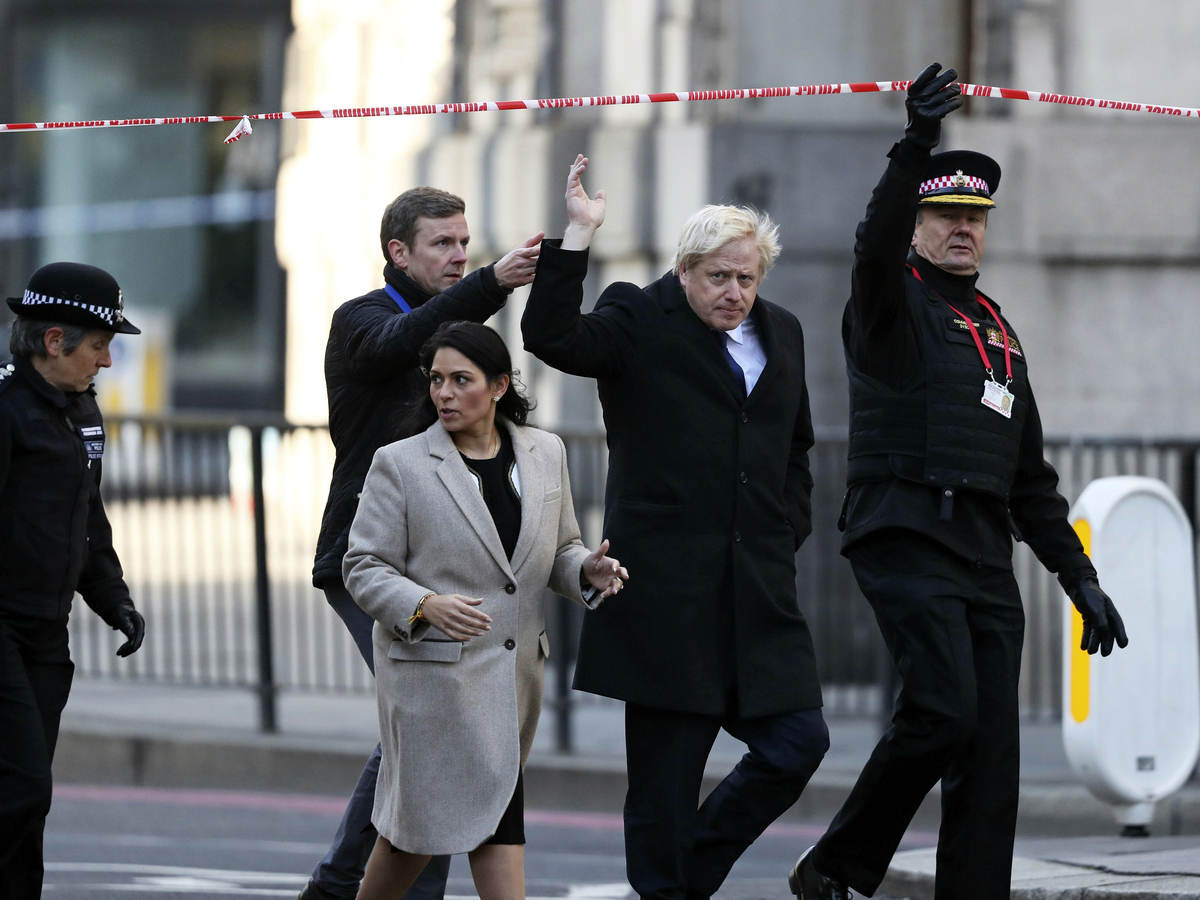 Metropolitan Police in London have confirmed that 28-year-old Usman Khan was the attacker who killed two people and wounded three others with a knife on London Bridge Friday before police shot and killed him.

Khan had been living in the Staffordshire area, north of Birmingham, police said. They said Khan had been known to authorities in Britain, having been convicted in 2012 of "terrorism offenses."

According to a 2012 article in The Guardian, Khan had been part of a nine-person plot to bomb the London Stock Exchange and build a training camp for terrorists. Although he had originally been sentenced to prison for public protection — an indefinite term until a parole board decided he was no longer a threat — his sentence was revised in 2013 to 16 years with an eight-year minimum, The Guardian reported.

Police said they are not actively seeking any other individuals connected to Saturday's attack and have confirmed that it was being investigated as a terrorist incident.

"[Khan] had been released a year ago on the provision that he had agreed to wear an electronic tag, submit to curfews and restrictions to his movements," Lucy Fisher, defense editor of The Times in London, said in an interview on NPR's Weekend Edition Saturday morning. Khan had been released on license, Britain's equivalent of parole, serving only eight years of his 16-year sentence.

"And it was while he was subject to these conditions that he performed this horrific attack yesterday," Fisher said.

Police said they were called to Fishmonger's Hall shortly before 2 p.m. local time, where Khan had attended a conference on criminal justice and prisoner rehabilitation, called "Learning Together," run by the University of Cambridge's Institute of Criminology. Khan had been wearing a fake suicide vest, police said, adding that the attack started inside Fishmonger's Hall. Khan stabbed "a number of people" inside the hall, police said, and The Times reported that one of the two killed died inside the hall.

"I am devastated to learn that today's hateful attack on London Bridge may have been targeted at staff, students and alumni," University of Cambridge Vice Chancellor Stephen Toope said in a statement posted online.

Police said Khan then left the building and moved to London Bridge, where he continued his attack before being apprehended by bystanders, one armed with a narwhal tusk, another with a fire extinguisher. Videos of the attack posted online show Khan being sprayed by a fire extinguisher as another man jabs forward with the tusk.

As Khan is tackled to the ground, a third individual wrests the knife out of Khan's hands and backs away, with police closing in with their guns out. They drag a bystander off Khan, then shoot and kill Khan. London Bridge and the surrounding area remain closed on Saturday, and police are asking anyone who was present at Fishmonger's Hall to come forward with any information.

Amy Coop, a director who attended the Learning Together conference, tweeted that the tusk, 5 feet in length and one of a pair flanking the entrance doors, had been taken off the wall by a man who rushed out of Fishmonger's Hall to follow Khan.

A guy who was with us at Fishmongers Hall took a 5’ narwhale tusk from the wall and went out to confront the attacker. You can see him standing over the man (with what looks like a white pole) in the video. We were trying to help victims inside but that man’s a hero #LondonBridge

The Times reported that the tusk-wielder was a Polish man who had worked at Fishmonger's Hall, "setting up events and managing porters." The identity of the other individual with the fire extinguisher, or the origin of the extinguisher, is not known.

Those individuals who intervened to stop the attacker were lauded by both the public and British leadership, earning recognition from Queen Elizabeth II on down.

Sadiq Khan, the mayor of London, said on BBC Breakfast that the civilians who intervened had no idea whether the suicide vest was real.

I am in awe of the people who ran towards danger to keep us all safe. The bravery of the emergency services and ordinary Londoners is incredible. @bbcbreakfast: pic.twitter.com/gcyIkKNMkH

"They ran towards him, to stop him from hurting other people. And I'm so proud, and we should all be really proud, of these people," Khan said.

In an interview on Sky News, Prime Minister Boris Johnson said that those individuals represent "the best of our country."

"It's a terrible thing that people found themselves in that position, but as we saw the worst of humankind, we also saw the very best of human spirit and of London," Dick said.

Friday's attack reminded many of the 2017 London terrorist attacks. In March 2017, a car jumped the sidewalk on Westminster Bridge, killing five before the driver jumped out and stabbed a police officer to death. The driver was then shot and killed by another police officer.

In June 2017, a van plowed through pedestrians on London Bridge and crashed outside a pub on the south bank of the Thames, a short walk from Fishmonger's Hall. The rampage continued as three attackers got out of the van, pursuing and stabbing people, killing eight and wounding 48. The attackers had also been wearing fake suicide vests and were killed by police. ISIS had claimed responsibility for the June attacks.

With the country's general election scheduled on Dec. 12 a showdown between Johnson's Conservative Party and Jeremy Corbyn's Labour Party, Britain's leadership and justice system now grapple with the question: How was a convicted terrorist released from prison eight years early, and how was he able to carry out this attack with an ankle bracelet monitoring his movements?

"For the Conservatives, there will be questions for the home secretary about why, only three weeks ago, she reduced the terror threat in the U.K. from severe to substantial," the Times' Fisher said, adding that cuts to police numbers could have had an impact on their surveillance of Khan.

And in the Labour Party, Corbyn has faced scrutiny over his vague stances on questions of national security, said Fisher. "This week, he was asked in an interview six times whether he would ever be prepared to give the order to kill a terrorist if that terrorist could not be safely apprehended," she said. "Six times he refused to say if he would give that kill order."

"In the minds of voters, there are questions about how secure the nation would be in his hands if he became prime minister," Fisher said.