Accessibility links
Winter Storm Moves East, Delays And Cancels Flights The post-Thanksgiving travel rush is due to get even more hectic, as heavy snow and ice accumulation is expected to continue battering regions across the United States on Sunday. 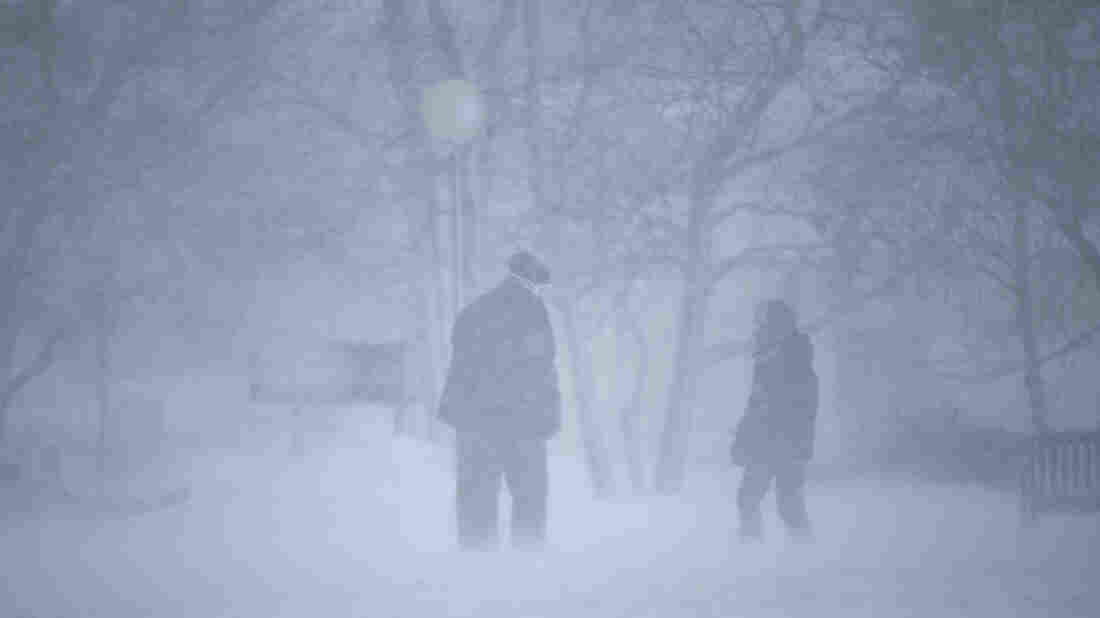 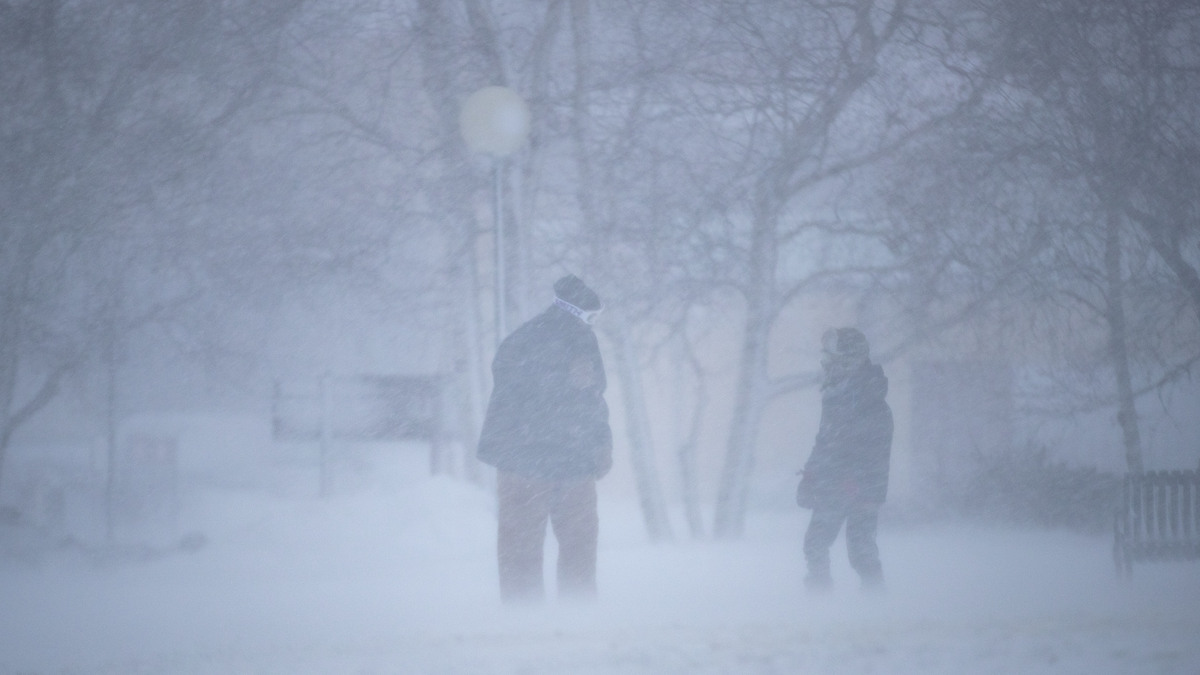 As weary travelers make their post-Thanksgiving trek back home — and back to work — two winter storms continue to disrupt travel plans throughout the nation. Heavy snow and ice accumulation is expected to continue battering regions across the United States on Sunday, the first day of meteorological winter, delaying or cancelling flights of thousands of customers.

The National Weather Service said the inclement weather stems from a powerful transcontinental storm that has hammered the western U.S. During Thanksgiving, it moved east and is now expected to bring up to 12 inches of snow to parts of the Great Lakes region.

The hazardous storm is likely to shift into New England states by late Sunday and develop into a nor'easter, according to Lara Pagano, a meteorologist for the NWS.

The latest snow and ice accumulation forecasts for the upcoming storm across the Eastern US. pic.twitter.com/efYxTJANZB

More states, including Connecticut, Massachusetts and Vermont, are subject to a Winter Storm Warning. Portions of Pennsylvania are being warned of dangerous ice accumulation occurring Sunday, which officials say will cause travel to be "nearly impossible."

According to NWS Eastern Region and NWS Boston, the majority of snow accumulation will occur Monday night and Tuesday morning as the storm moves closer to the Atlantic Ocean.

The storm moves east after pummeling parts of the Upper Midwest. Record snowfall was recorded Saturday in Duluth, Minn., where nearly 20 inches of snow covered the city.

After a night of very heavy snow across the Northland, roads have become extremely treacherous. Roads are completely snow covered across the region & most are impassable! If you can stay home today, do so! Numerous vehicles are stuck in snow drifts and in roads. #mnwx #wiwx pic.twitter.com/dsCVvfqKPQ

Meanwhile, a new system has formed over the West Coast, with weather officials describing it as "a slow moving storm over the eastern Pacific" that will "have an influence across California and into Oregon" as a plume of moisture moves inland.

As a result, parts of Northern California and Nevada are subject to winter storm watches or warnings. NWS Sacramento warned travelers of possible road closures and moderate to heavy snowfall over the Sierra Nevada through Monday.

❄️Who did the snow dance?❄️ The next storm is just starting to arrive with snow rapidly accumulating on roadways in the Sierra. Conditions will further deteriorate through the night. Check with CalTrans and NDOT for road conditions. Snow moves into W NV later tonight. pic.twitter.com/cJ6Y7LhNAt

Due to extreme weather, over 700 U.S. flights on Sunday have been cancelled and more than 4,500 have been delayed as of 4:35 p.m. ET according to flight tracking website FlightAware.

Several airlines are offering waivers to customers caught in the winter storm. United Airlines is allowing customers flying to New England Sunday or Monday to reschedule their flights free of charge. Delta announced waivers for 42 cities in the Northeast and Midwest Sunday, with 22 of those cities eligible for rescheduling Monday. American Airlines will also waive fees dependent on customers' airport.

Paolo Zialcita is an intern on NPR's Newsdesk.