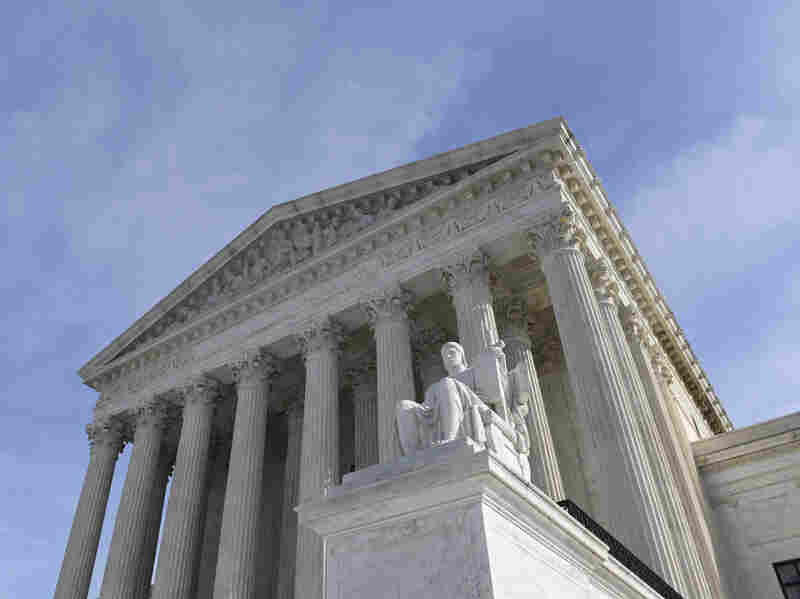 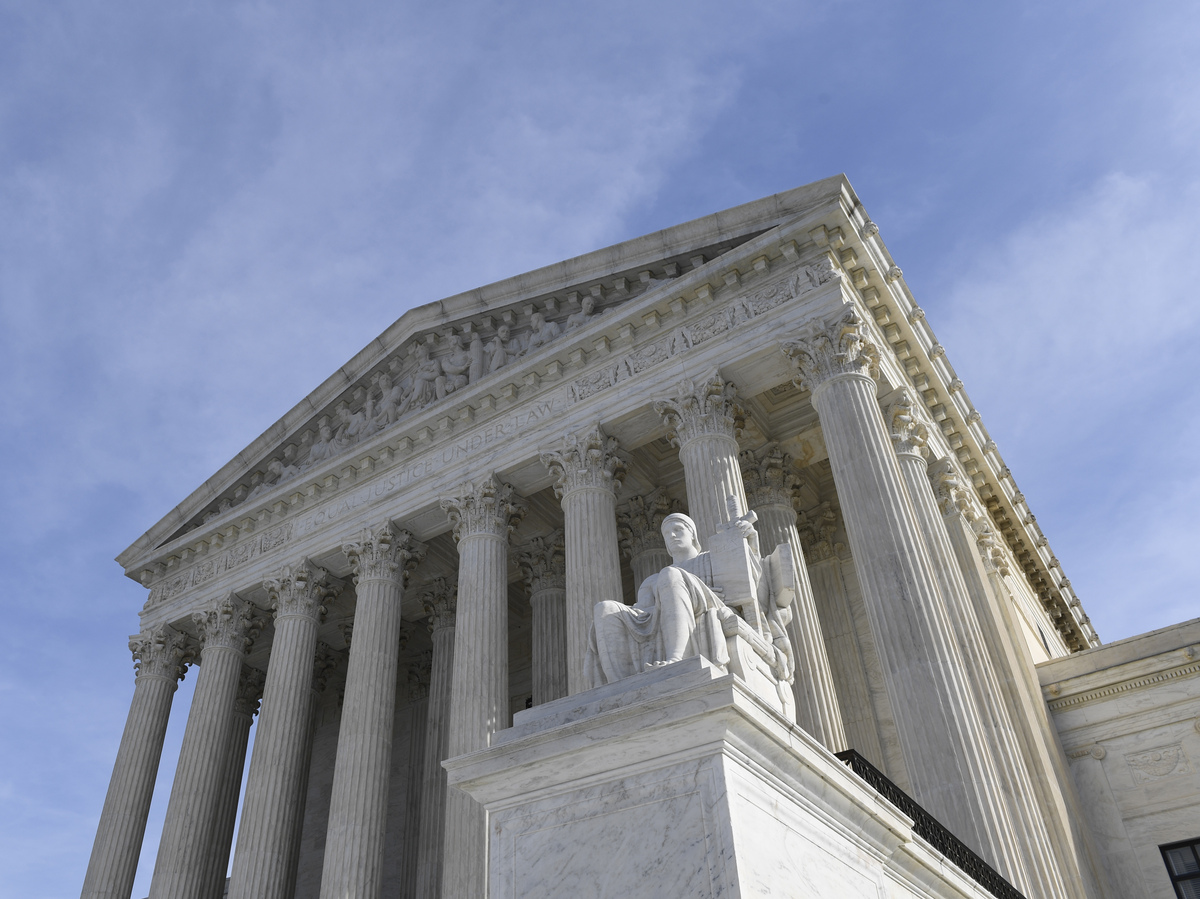 Guns: when and how to regulate them. It's one of the biggest issues across the country. But the U.S. Supreme Court has rarely weighed in on the issue. In modern times, it has ruled decisively just twice. Now it's on the brink of doing so again.

With the retirement of Justice Anthony Kennedy, there now are five conservative justices who may be willing to shut down many attempts at regulation, just as the NRA's lock on state legislatures may be waning.

For the past decade, the court has been wary of gun cases. In 2008 the court ruled for the first time that the Second Amendment right to bear arms is an individual right. Two years later, the court said that right applied to state laws, not just federal laws regulating gun ownership and use. Since then, however, there has been radio silence as the justices have turned away challenges, one after another, to gun laws across the country. Until now.

On Monday the court hears arguments in a case from New York, a city and a state with some of the toughest gun regulations in the country. Several gun owners and the NRA's New York affiliate challenged the rules for having a handgun at home. They contended the city gun license was so restrictive it was unconstitutional.

Specifically, they said the state law and city regulations violated the right to bear arms because they forbid handgun owners from carrying their pistols anywhere other than seven firing ranges within the city limits. That meant that pistol owners could not carry their guns to a second home, or to shooting ranges or competitions in other states nearby. The lower courts upheld the regulations as justified to protect safety in the most densely populated city in the country.

But when the Supreme Court agreed to hear the gun owners' appeal, the state and the city changed the law to allow handgun owners to transport their locked and unloaded guns to second homes or shooting ranges outside the city.

With those changes, the first question Monday will be whether the case is moot and should be thrown out because New York has already given the gun owners everything they asked for in their lawsuit.

"This is an instance where it appears the petitioners won't say 'yes' for an answer," says James Johnson, counsel for the city of New York.

But former Solicitor General Paul Clement, who represents the gun owners, counters that the amended regulations still give the city too much power to regulate.

"The city of New York never expressed any doubt about the constitutionality of these regulations when they were winning in the district court and the court of appeals," argues Clement. "And then lo and behold, all of a sudden the city decides you know maybe we don't need these regulations after all."

And, he observes, the city is still defending the original regulations.

The city is indeed doing that because the justices refused in October to throw the case out on mootness grounds, opting instead to hear the mootness arguments today, along with the direct challenge to the regulations themselves.

That does put the city in a weird position. The city is forced to defend regulations that are no longer in place, and that it claims it has no intention of reviving.

"It's our position that by justifiably restricting the ability to carry firearms broadly on the streets of New York, it contributes to making the city safe," says Johnson.

And there's the rub. What did the Supreme Court mean in its 2008 decision when it said that the right to bear arms is an individual right? Back then, Justice Antonin Scalia, writing for the five justice court majority, framed the right most explicitly as the right to own a gun for self-defense in one's home.

Moreover, the opinion contained a paragraph of specific qualifiers that, according to court sources, were added to Scalia's opinion at the insistence of Justice Kennedy, who provided the fifth vote needed to prevail in the case. The court said, for instance, that its opinion "cast no doubt on" longstanding bans on "carrying firearms in sensitive places such as schools and government buildings, or bans on dangerous and unusual weapons."

"It will make a difference that Justice Kavanaugh is on the court."

But Kennedy — who insisted on that limiting language — has now retired, replaced by Justice Brett Kavanaugh. And Kavanaugh, as a lower court judge, wrote in favor of expansive gun rights.

"I do think it will make a difference that Justice Kavanaugh is on the court," says the gun owners' Clement.

He notes that not only does Kavanaugh have a record sympathetic to broad gun rights, but that the new justice was constrained by the court's precedents when he sat on the lower court.

"Now he can interpret the Constitution in a different way in his new perch," says Clement. "He's somebody who I would think is going to be receptive to arguments that the Second Amendment fully protects an individual right and is not strictly limited to the home."

New York argues that the history of gun ownership dating back to Colonial times shows that in this densely populated city, the law forbids the discharge of firearms on "any street, lane, alley, garden or other places where people frequently walk." And by 1784 the state regulated the storage and transport of gun powder, too.

Today, as the city observes in its briefs, the city is far and away the most densely populated city in the country, with 27,000 residents per square mile. Manhattan alone packs around 1.6 million residents into 23 square miles, and that population doubles every weekday with commuters. These people, plus tens of thousands of tourists, move through through the city's crowded streets, traveling "to, near and around a staggering concentration of sensitive places such as schools, daycare centers, government buildings, playgrounds and places of worship" — all places that the Supreme Court seemed to say in 2008 are legitimate places to ban guns.

Countering that argument, lawyer Clement maintains that the Founding Fathers never intended the right to own a gun to be limited to the home. At the very minimum, he notes, our Founders allowed gun owners to carry their firearms from one place to another.

Libraries are not lethal

Like any good advocate, Clement is offering the justices alternative routes to a gun-friendly ruling.

"They could say the Second Amendment is not limited strictly to the home and therefore this regulation has to go," says Clement. Even that, he would see as a major victory.

The alternative and broader ruling, he says, would treat the right to own a gun in the same way that limits on free speech are treated. With considerable suspicion.

Johnson, the city's lawyer, dismisses that analogy, noting that libraries have no "lethality."

"It kind of falls on me"

And that's something at least one of the individual plaintiffs on the gun-rights side thinks. Retired NYC bus driver Efrain Alvarez is one of the three individuals joining the New York State Rifle & Pistol Association to challenge this law.

"If a bad apple grabs a gun and he does something stupid, it kind of falls on me because I'm part of what's going on," Alvarez said in an interview with Reuters. In that same interview, he said he admires the NRA but sometimes disagrees with its policies.

Alvarez has had his handgun license suspended twice in the past decade. Most recently the city confiscated 45 firearms, including five handguns, from a steel vault in his back bedroom. But he likely will get them back, as he says he has accepted a plea deal from the Bronx district attorney that would drop the most recent charge against him if he is not arrested for six months.

None of this is actually related to the current Supreme Court case. The 64-year-old bus driver is a gun enthusiast and hunter who told Reuters that he joined the lawsuit because he thought it was ridiculous that he could own a handgun but not be able to travel with it to compete.

Lawyers for Alvarez and the lawyers on the other side know that if the Supreme Court rules on the merits of the now-defunct regulations, it will be a very big deal for one simple reason: It will be only the third decision on gun rights in modern times, and it will inevitably lay down some new guidelines for lower courts to follow when gun regulations are challenged.