Accessibility links
Prosecutors: More Charges Possible In Case Of Giuliani Associates Parnas, Fruman The pair of Soviet-born business contacts was indicted in connection with alleged campaign finance violations. They had a status conference in their case on Monday in New York City. 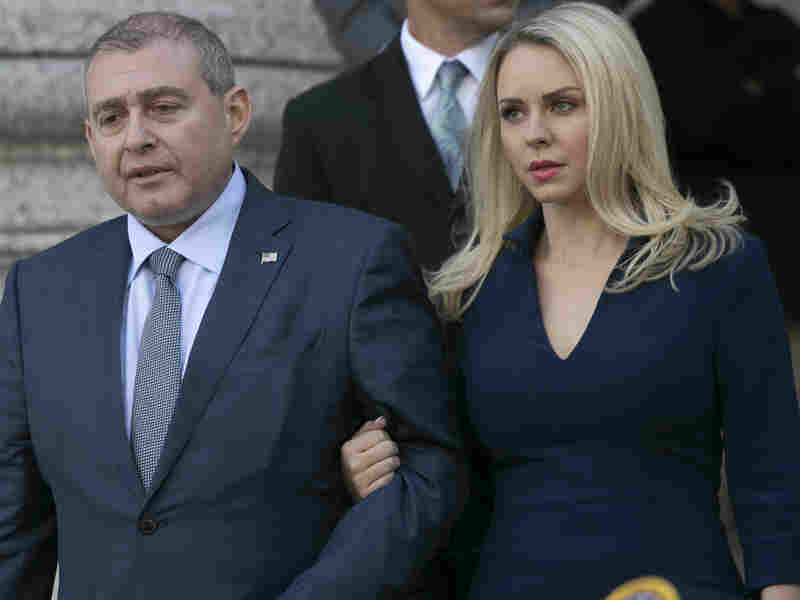 Lev Parnas (left) exited federal court following his arraignment on Oct. 23 in New York City. He and associate Igor Fruman were back in court on Dec. 2. Mark Lennihan/AP hide caption 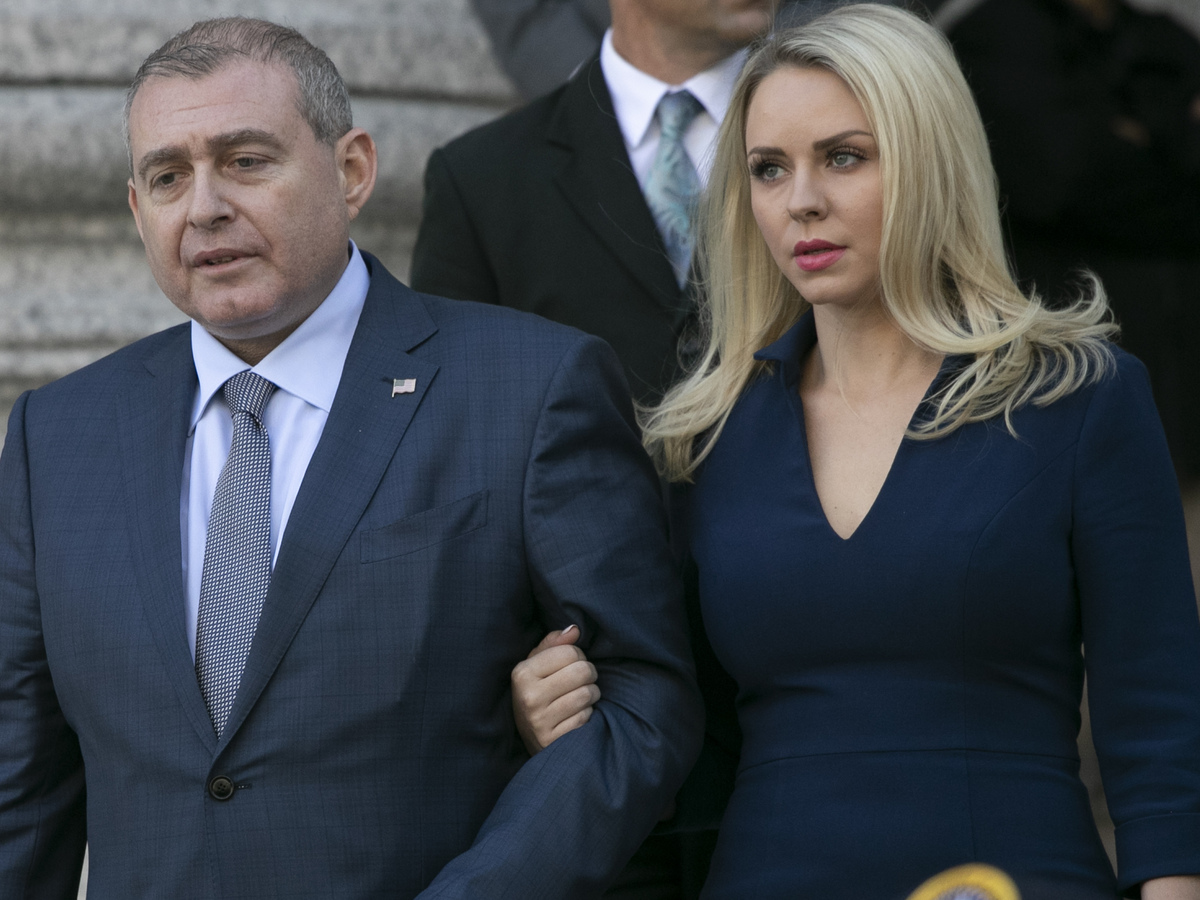 Lev Parnas (left) exited federal court following his arraignment on Oct. 23 in New York City. He and associate Igor Fruman were back in court on Dec. 2.

Prosecutors could bring more charges in the case of two Soviet-born associates of Rudy Giuliani — although it wasn't precisely clear when, what or who else might be involved after a conference in New York City on Monday.

Lev Parnas and Igor Fruman face charges of conspiracy, false statements and falsification of records in connection with two alleged schemes to violate U.S. election laws. But it's their work helping Giuliani dig up dirt in Ukraine that has put the pair under intense public scrutiny.

And a superseding indictment — which could add to or modify the existing charges — is likely, prosecutors said on Monday, but also adding that they're continuing to evaluate the case.

The U.S. Attorney's Office for the Southern District of New York and FBI investigators are making their way through what prosecutor Douglas Zolkind called a "voluminous" amount of evidence in the case — around 9 gigabytes' worth.

Clearing their way through that material — which includes electronic devices, phone records, bank records and more — would set the stage for the next steps.

That could include a superseding indictment that changes or adds charges or defendants. It also could be a milestone for Parnas, who has said that he wants to try to cooperate with Congress' investigation of the Ukraine affair.

The U.S. attorney's office would need to produce evidence to Parnas, who could then provide it to congressional investigators in response to a subpoena issued in October.

It isn't clear when that might fit into the House impeachment process.

The House Intelligence Committee is expected to release its report about President Trump and Ukraine early this week; the House Judiciary Committee has scheduled an open hearing about impeachment for Wednesday.

Giuliani and his Ukraine efforts have been front and center in the House impeachment inquiry into Trump. Democrats say Trump abused his power in an effort to pressure the Ukrainian government to open investigations into former Vice President Joe Biden and Democrats. 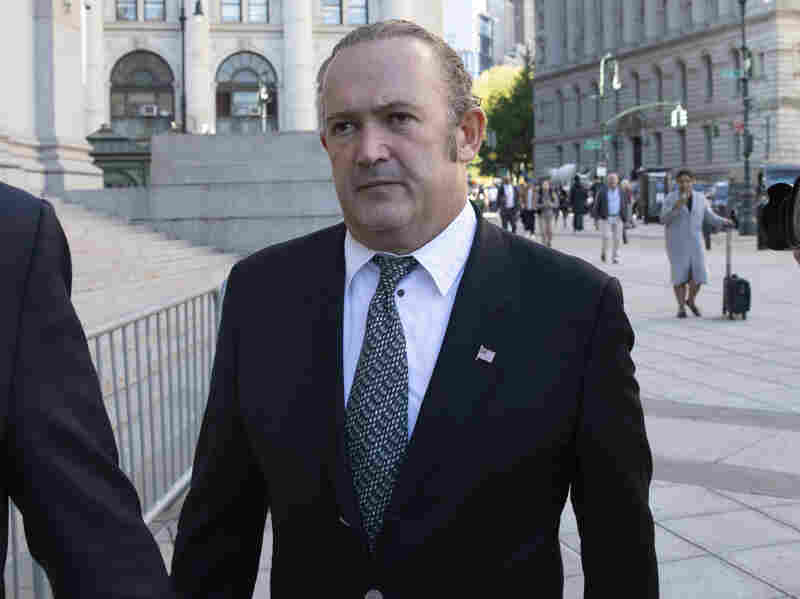 Igor Fruman arrived for his arraignment on Oct. 23 in New York. He and associate Lev Parnas returned to court for a conference on Dec. 2. Mark Lennihan/AP hide caption 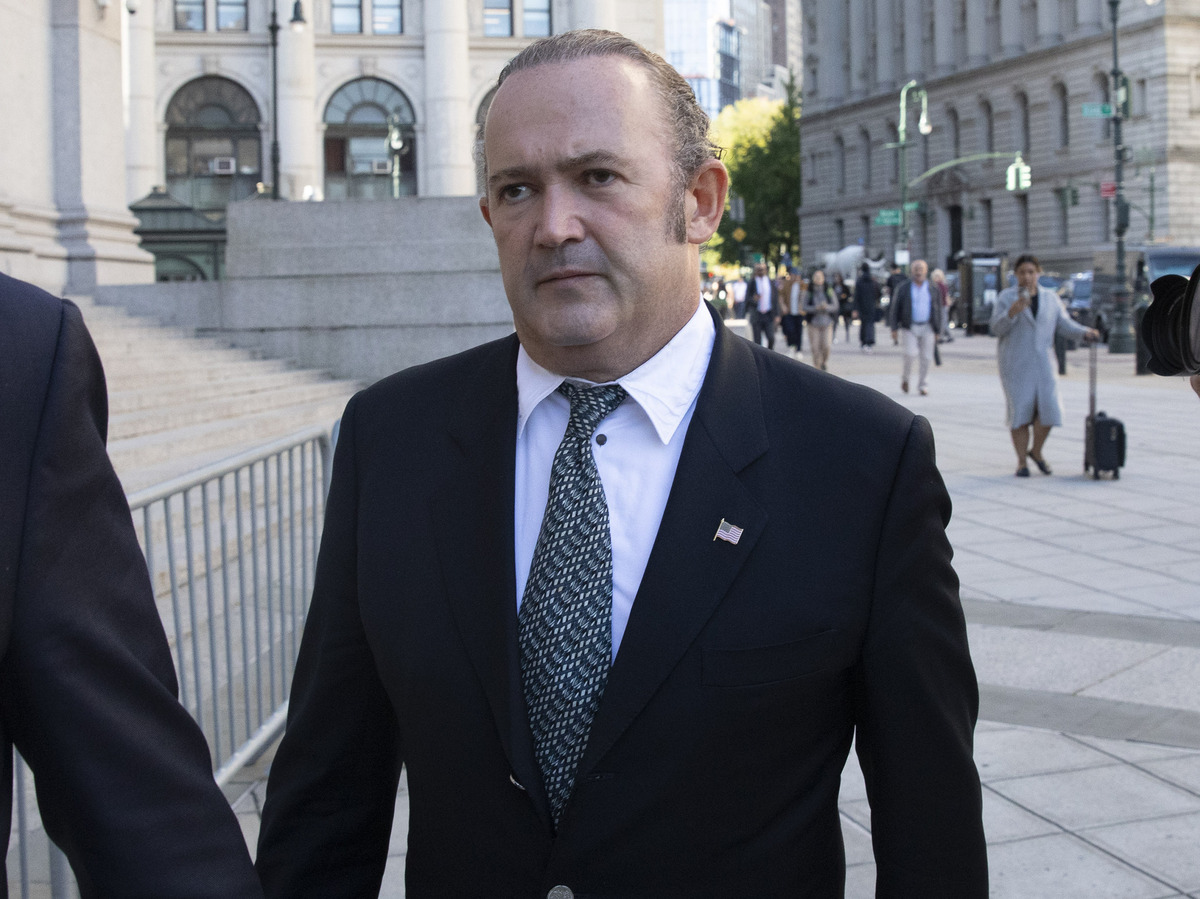 Igor Fruman arrived for his arraignment on Oct. 23 in New York. He and associate Lev Parnas returned to court for a conference on Dec. 2.

Witnesses have described Giuliani as a major figure in that effort. He has refused to cooperate with the Democratic-led House inquiry — but the former New York City mayor is facing scrutiny in connection with the investigation into Parnas and Fruman.

Investigators have issued subpoenas to a range of companies and individuals who had dealings with the two men.

One of those companies is Ballard Partners, a Florida-based lobbying firm that reportedly made large payments to Parnas. An attorney for the company, William W. Taylor III, said the firm is complying with the subpoena.

Former Rep. Pete Sessions, a Texas Republican, also is cooperating with prosecutors after receiving a subpoena for records and other information related to his interactions with Parnas, Fruman and Giuliani.

Parnas and Fruman made campaign donations to Sessions in 2018 and asked him for help getting the then-U.S. ambassador to Ukraine, Marie Yovanovitch, removed from her post. According to the indictment, Parnas and Fruman were working, at least in part, in coordination with a Ukrainian official.

After meeting Parnas and Fruman, Sessions wrote a letter to the State Department sharply criticizing Yovanovitch and her work.

Sessions lost his seat in the 2018 midterms.

Andrew Favorov, an executive with Ukraine's state-controlled gas company, Naftogaz, has agreed to a voluntary interview with prosecutors, according to his attorney, Lanny Breuer.

Parnas and Fruman approached Favorov at an energy conference this spring in Houston with a proposal that involved removing Yovanovitch.

Yovanovitch was recalled from her post weeks later amid a smear campaign by Giuliani and others on conservative media outlets.

The pro-Trump political action committee America First Action says it, too, is cooperating with federal investigators. The group says it contacted prosecutors with the Southern District of New York and offered voluntarily to cooperate.