Accessibility links
Duncan Hunter To Plead Guilty To Campaign Finance Charge The embattled California congressman was only narrowly reelected in 2018 despite the heavy GOP tilt of his San Diego district. Former Rep. Darrell Issa was already primarying against Hunter for 2020. 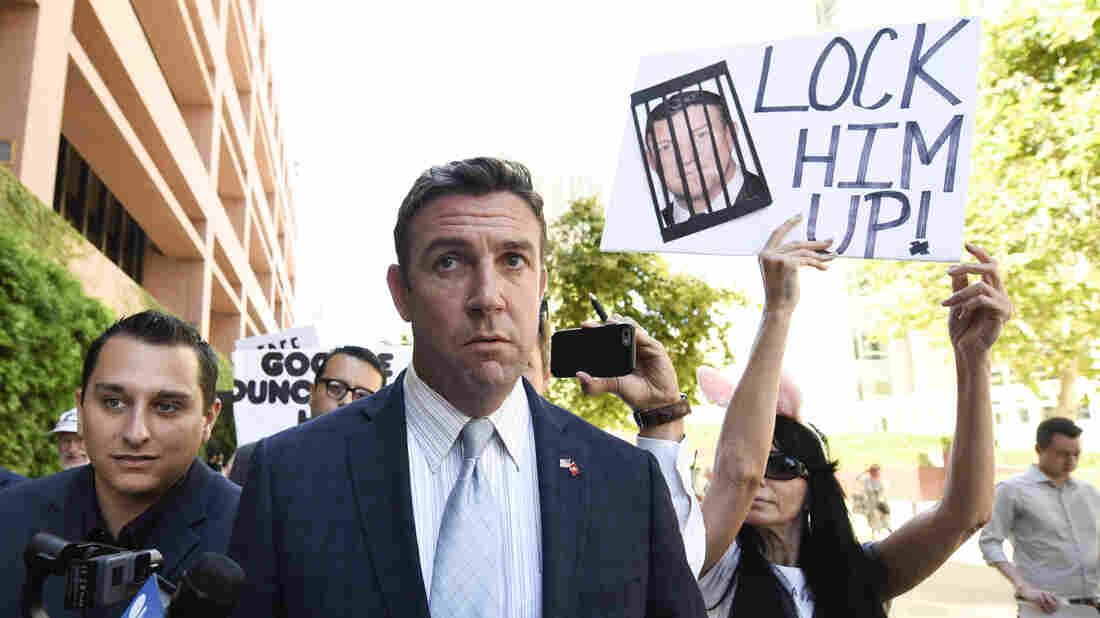 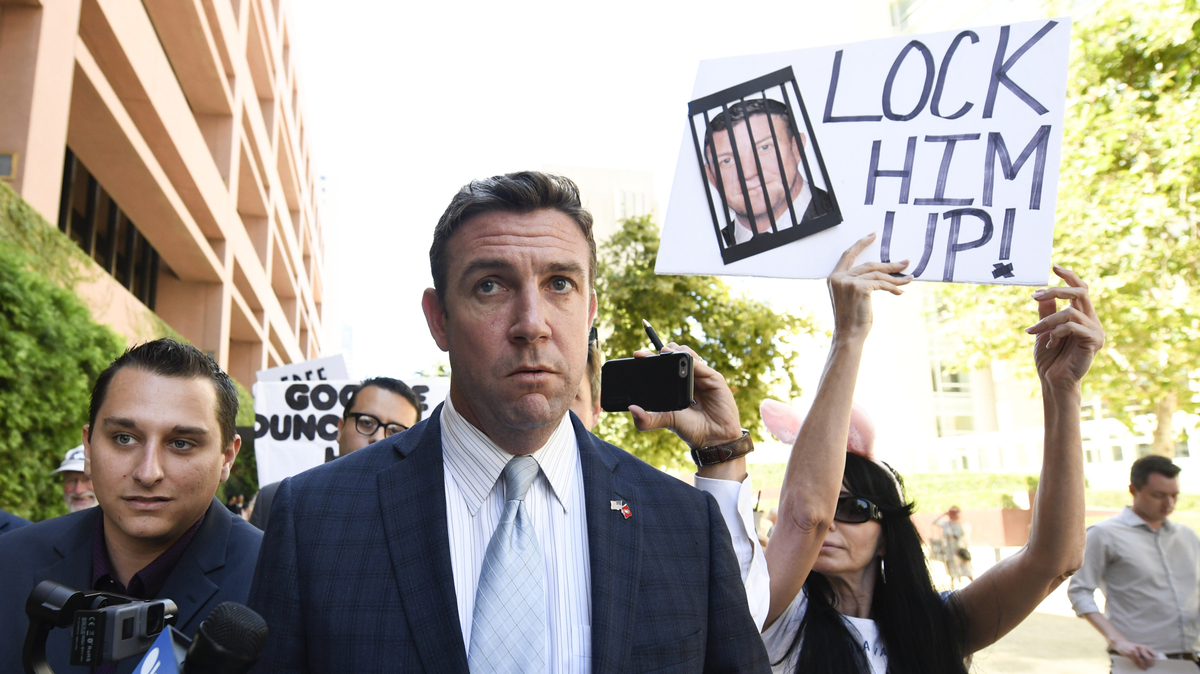 Hunter told local TV station KUSI in an interview that he has struck a deal to plead guilty to one count of illegal use of campaign funds. He's due in federal court on Tuesday.

"It's important not to have a public trial for three reasons, and those three reasons are my kids," Hunter said.

Hunter initially denied all the charges, and his attorneys accused the prosecution of trying to unfairly embarrass him.

It's unclear what type of jail time Hunter would face or when he might resign, which is typically what happens in such situations. New York Republican Rep. Chris Collins resigned this year after pleading guilty to insider trading charges.

Hunter didn't make an official resignation announcement on Monday but alluded to as much in his interview with KUSI as he promised a smooth transition.

"My office is going to remain open. I've got a great staff. We're going to handle people's cases, and we're going to pass it off to whoever takes this seat next," Hunter said.

Hunter, an early and vocal supporter of President Trump, has been hobbled by legal woes since his indictment in August 2018. He and his wife, Margaret, are alleged to have used over $250,000 in campaign funds for their own personal use, which included dental bills, meals, vacations, school tuition and even flying the family's pet rabbit, Eggburt, cross-country.

Over the summer, Margaret Hunter agreed to a plea deal that required her to testify against her husband. The indictment against the congressman alluded to several extramarital affairs he had.

In an exclusive #KUSINews interview, Congressman Duncan D. Hunter says his "only hope is that the judge does not sentence my wife to jail."

@Rep_Hunter's change of plea hearing will be before Judge Thomas J. Whelan on December 3, 2019.

But Duncan Hunter seemed to have no ill will toward his wife's turnabout, saying that he hopes she gets no prison time.

"Whatever my time in custody is, I will take that hit," Hunter added. "My only hope is that the judge does not sentence my wife to jail. I think my kids need a mom in the home."

Hunter was only narrowly reelected in 2018 despite the heavy Republican lean of his suburban San Diego seat. But without the scandal-marred incumbent running again, the GOP would have little trouble keeping its seat in this column.

One man who wants to do just that is former Rep. Darrell Issa, the onetime powerful chairman of the House Oversight and Government Reform Committee, who retired last year amid his own tough reelection challenge. The wealthy Republican had been nominated by Trump to lead the U.S. Trade and Development Agency, but after his nomination stalled for more than a year, Issa withdrew from consideration.

In announcing his bid in September, Issa said that Hunter was a friend and that his situation was "regrettable," but that the district needed solid Republican representation.

"[Hunter] deserves his day in court," Issa said. "But the 50th Congressional District does deserve the ability to maintain this as a conservative district and quite frankly to have a member who can show up and take all of his committee assignments."