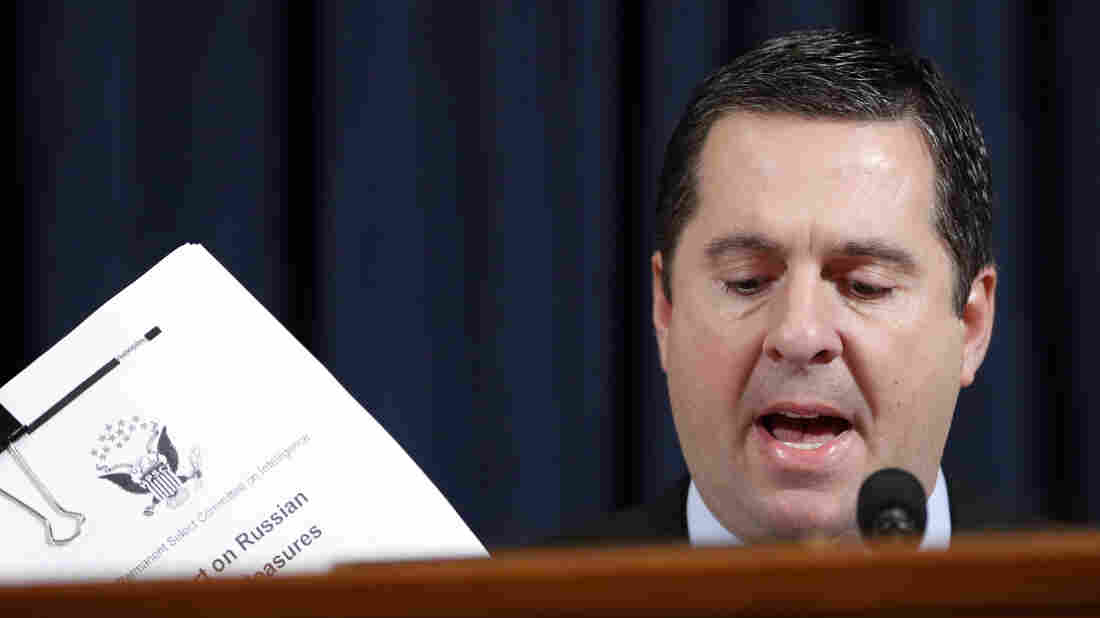 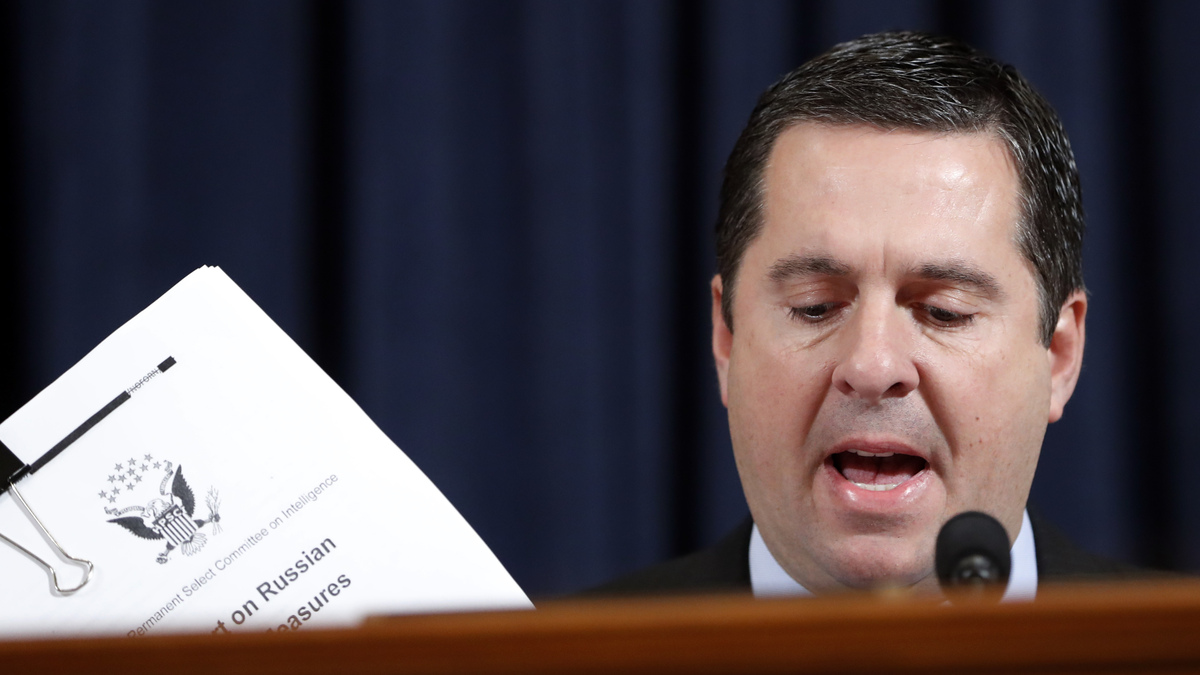 House Republicans are pushing back against the impeachment investigation into President Trump, writing in a 123-page report that Democrats have not proven "evidence of bribery, extortion, or any high crime or misdemeanor."

The Whistleblower Complaint Has Largely Been Corroborated. Here's How

The lengthy minority argument mirrors rebuttals that top GOP lawmakers have been making for weeks amid the House Democrats' probe into whether Trump withheld congressionally appropriated funds for Ukraine for political gain. Democrats allege Trump did so until the country pledged to investigate unproven wrongdoing by former Vice President Joe Biden, a potential 2020 rival, and his son, Hunter, who sat on the board of a Ukrainian energy company. The money was only released after a whistleblower alerted Trump's actions, which have since been largely corroborated through other sources.

In the letter, Republicans paint the impeachment push — which moves this week to hearings in the House Judiciary Committee — as solely politically motivated and an effort "to undo the will of the American people" and "to stop President Trump's re-election."

"The Democrats are trying to impeach a duly elected President based on the accusations and assumptions of unelected bureaucrats who disagreed with President Trump's policy initiatives and processes," the report's executive summary states.

The report was prepared by GOP staff to Reps. Devin Nunes, R-Calif; Jim Jordan, R-Ohio; and Michael McCaul, R-Texas, who are the top Republicans on the Intelligence, Oversight and Foreign Affairs committees, respectively.

Trump tweeted his approval for the GOP's report shortly after it was released.

Just landed in the United Kingdom, heading to London for NATO meetings tomorrow. Prior to landing I read the Republicans Report on the Impeachment Hoax. Great job! Radical Left has NO CASE. Read the Transcripts. Shouldn’t even be allowed. Can we go to Supreme Court to stop?

But House Intelligence Committee Chairman Adam Schiff, D-Calif., said in a statement that the document was "intended for an audience of one" that "ignores voluminous evidence that the president used the power of his office to pressure Ukraine into investigating his political rival by withholding military aid and a White House meeting the President of Ukraine desperately sought. In so doing, the President undermined our national security and the integrity of our elections."

Schiff continued: "Tellingly, the Minority dismisses this as just part of the President's 'outside the beltway' thinking. It is more accurately, outside the law and constitution, and a violation of his oath of office."

Despite multiple witnesses, in both public and private testimony, who raised concerns about Trump's interactions with and motivations toward Ukranian President Volodymyr Zelenskiy, the GOP report dismisses their accounts. Those witnesses included venerated career foreign service officers and a Purple Heart recipient, but Republicans say they simply "chafed at an elected President's 'outside the beltway' approach to diplomacy."

"Where there are ambiguous facts, the Democrats interpret them in a light most unfavorable to the President. In the absence of real evidence, the Democrats appeal to emotion—evaluating how unelected bureaucrats felt about the events in question," the report continues.

And because top State Department officials dispatched to the country — including ousted Ukrainian Ambassador Marie Yovanovitch and current acting Ukraine ambassador William Taylor — were given the runaround by an "irregular channel" established by Trump's personal attorney Rudy Giuliani, U.S. Ambassador to the European Union Gordon Sondland and others, Republicans portray them as simply disgruntled by Trump and his associates' unconventional approach to governing, which was part of his appeal to voters.

"There is nothing illicit about three senior U.S. officials — each with official interests relating to Ukraine — shepherding the U.S.-Ukraine relationship and reporting their actions to State Department and NSC leadership. There is nothing inherently improper with Mayor Giuliani's involvement as well because the Ukrainians knew that he was a conduit to convince President Trump that President [Zelenskiy] was serious about reform," the Republicans write.

They also say that Democrats' evidence is undercut because "Trump's policies toward Ukraine to combat Russian aggression have been substantially stronger than those of President Obama," including providing them with Javelin anti-tank missiles.