Accessibility links
Chicago Mayor Fires Police Superintendent, Citing 'Ethical Lapses' Just last month Mayor Lori Lightfoot praised the reform-minded Eddie Johnson. On Monday, she accused him of intentionally lying to her and the public about being discovered asleep in his car. 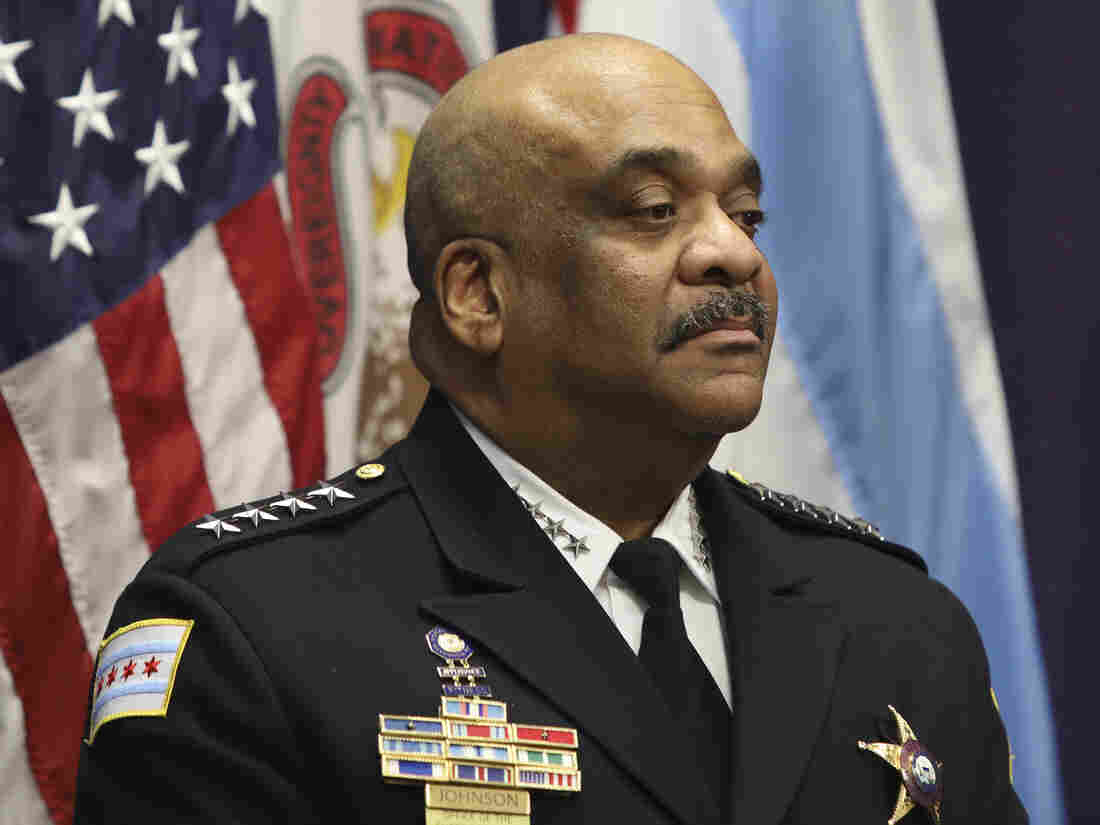 Chicago Police Superintendent Eddie Johnson announced on Nov. 7 that he would retire at the end of the year. On Monday, he was fired by the mayor. Teresa Crawford/AP hide caption 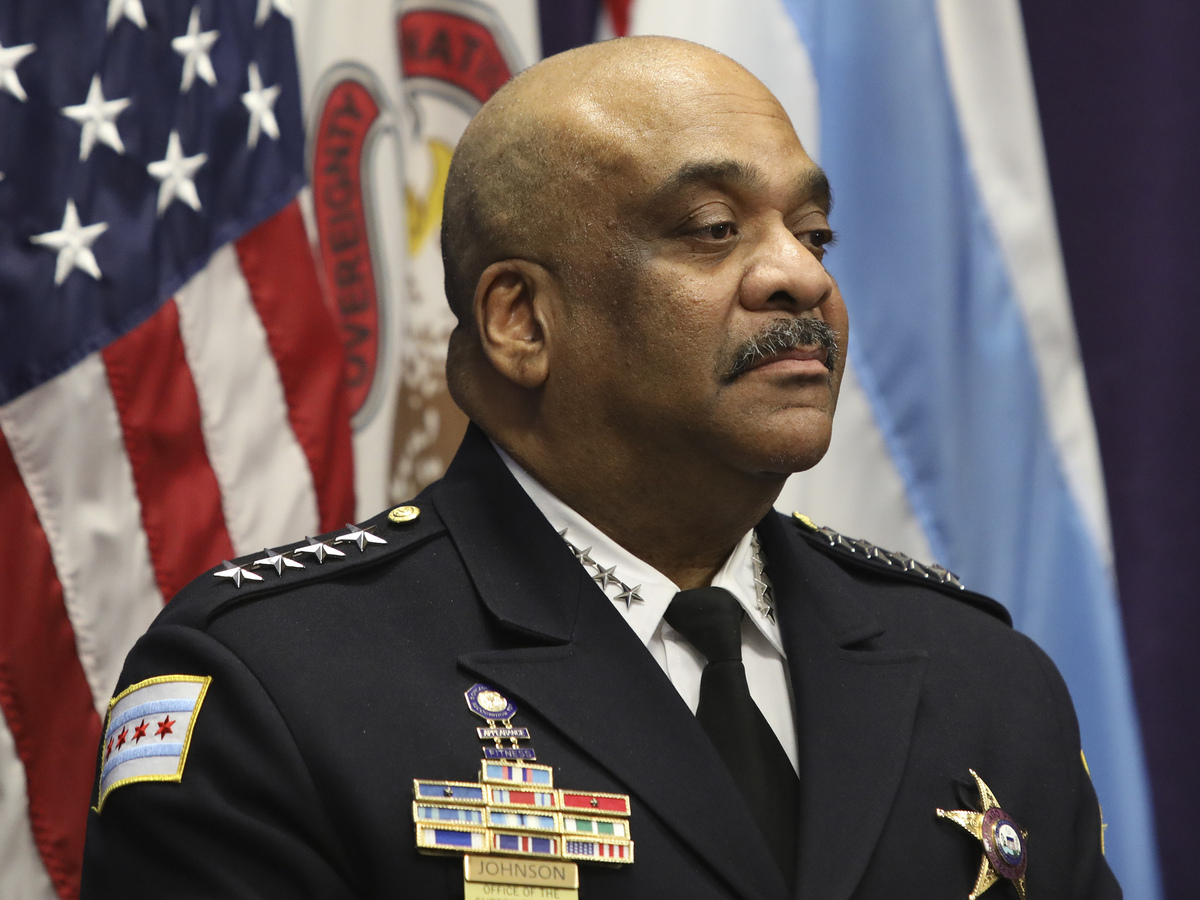 Chicago Police Superintendent Eddie Johnson announced on Nov. 7 that he would retire at the end of the year. On Monday, he was fired by the mayor.

Chicago Mayor Lori Lightfoot on Monday fired the retiring police superintendent, Eddie Johnson, who she accused of lying about an incident in which he was found asleep at the wheel of his car a few blocks from his home after having drinks on a mid-October night.

Her announcement, at a hastily called news conference, came after reading an inspector general's report and viewing bodycam video of the incident. Johnson had said that he had neglected to take his blood pressure medication and had been drinking earlier in the evening.

Lightfoot made it clear that she was not buying Johnson's story.

"The findings ... make it clear that Eddie Johnson engaged in conduct that is not only unbecoming, but demonstrated a series of ethical lapses and flawed decision making that is inconsistent with having the privilege of leading the Chicago Police Department," the mayor said.

The report and video showed that Johnson had repeatedly lied about the events on the night of Oct. 16 and morning of Oct. 17, the mayor said.

But Lightfoot declined to be more specific about what the report and video showed, saying she did not want to influence the ongoing investigation and that she was acting "out of deference" to Johnson's family.

"While at some point, the inspector general's report may become public and those details may be revealed, I don't feel like it is appropriate or fair to Mr. Johnson's wife or children to do so at this time," she said.

The police who discovered their boss asleep in his car did not administer a sobriety test and allowed him to drive himself home.

Johnson, 59, was chief of patrol when then-mayor Rahm Emanuel appointed him to lead the nation's third largest police force in 2016 to replace the fired Superintendent Garry McCarthy. Johnson, who never applied for the job as Chicago's top cop, was selected when Emanuel bypassed three finalists in favor of the former patrolman who was raised in Chicago in an apparent effort to ease tensions between the police department and communities of color.

At the time of his appointment, the police department was reeling from the release of the video depicting the controversial shooting of teenager Laquan McDonald by officer Jason Van Dyke in 2014. Last fall a jury convicted Van Dyke of second-degree murder and earlier this year, he was sentenced to 81 months in prison.

Johnson supervised an expansion of the police force by about 1,000 new officers and the largest roll-out of police body cameras in the country. Overall violent crime declined in November 2019 compared with the same month a year ago.

Last month, Lightfoot and Johnson had appeared together at a news conference announcing he would retire at the end of the year. The mayor praised the reform-minded superintendent who insisted that his decision to leave his post had nothing to do with the October incident. The mayor said she now regrets appearing at that event.