Accessibility links
North Korea Promises Ominous 'Christmas Gift' For U.S. Pyongyang did not elaborate on the statement, but in 2017, state media referred to North Korea's first test launch of an ICBM as part of a "package of gifts" for the U.S. 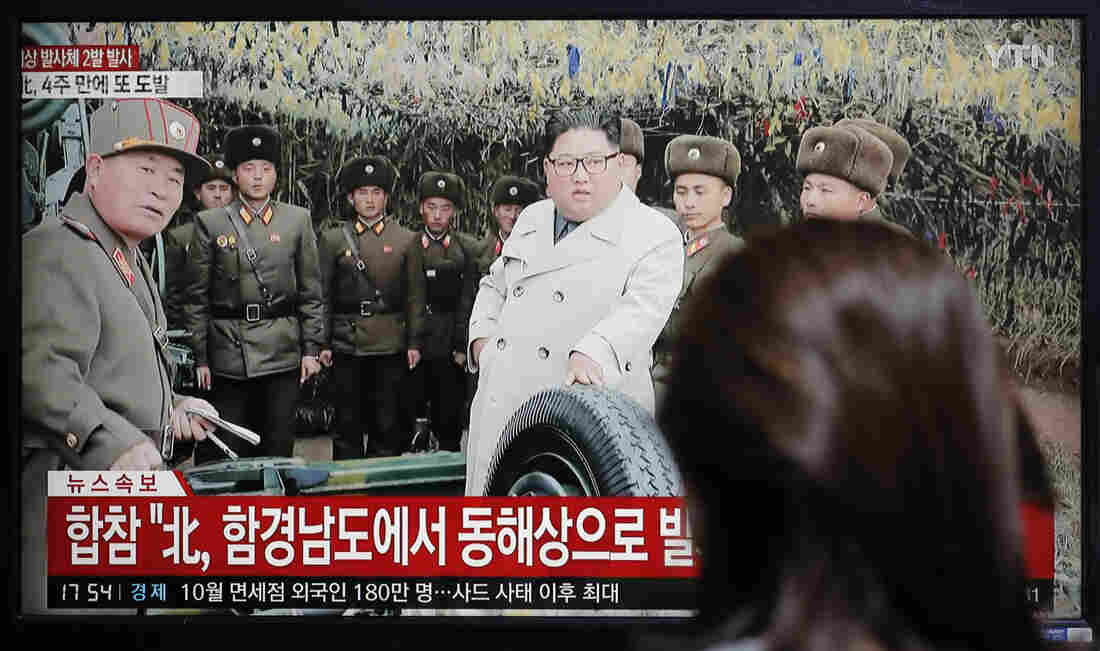 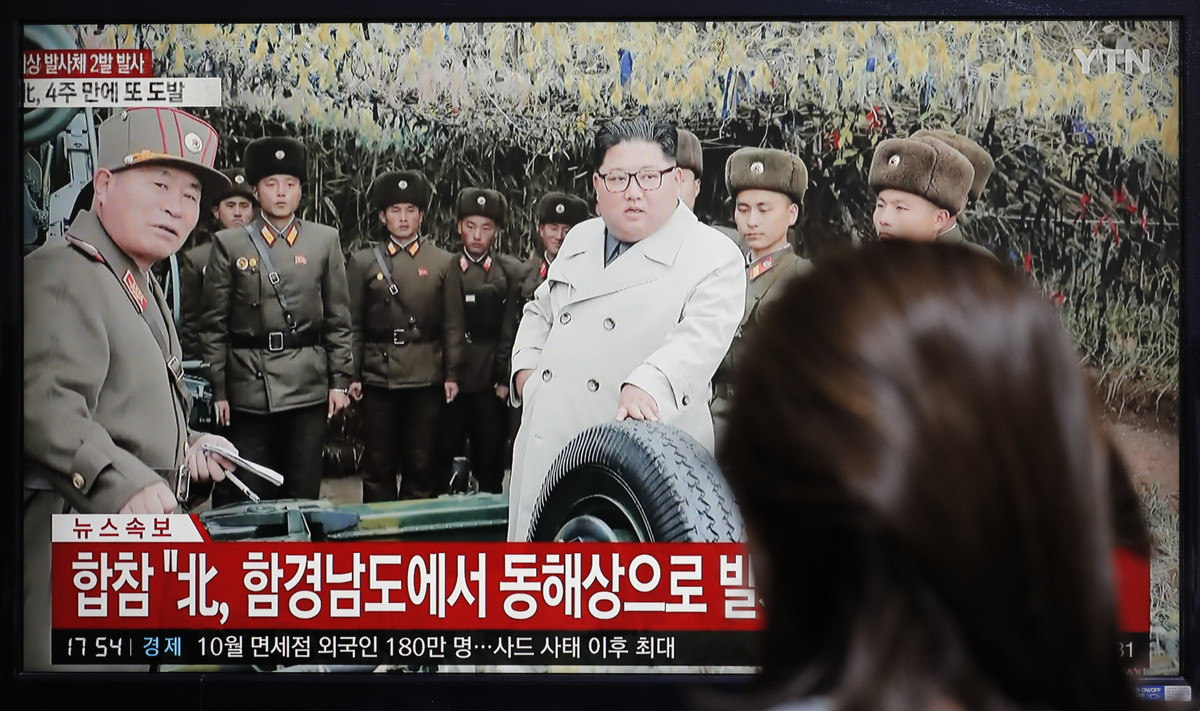 In what could be a reference to a new missile test, North Korea is threatening to give the U.S. a "Christmas gift" unless Washington abides by an end-of-year deadline set by Pyongyang for concessions in exchange for a possible deal to curb its nuclear weapons program.

North Korea accused the U.S. of stalling on diplomatic efforts between the two countries because of the upcoming U.S. presidential election.

"The dialogue touted by the U.S. is, in essence, nothing but a foolish trick hatched to keep [North Korea] bound to dialogue and use it in favor of the political situation and election in the U.S.," the statement from Ri Thae Song, North Korea's vice minister of foreign affairs, said.

The statement, published in North Korean state media on Tuesday, said it was up to Washington "what Christmas gift it will select to get." It did not clarify what the statement meant.

However, on July 4, 2017, Kim successfully carried out North Korea's first test of an intercontinental ballistic missile. According to The Associated Press, he described it at the time as part of a "package of gifts" on the U.S. Independence Day holiday.

Speaking on Tuesday, President Trump said he hoped that Kim would get rid of his country's nuclear weapons. Kim "likes sending rockets up, doesn't he? ... That's why I call him Rocket Man," the president said at a NATO meeting in London, reprising a pejorative he first used for Kim during a period of especially tense relations that began in 2017. 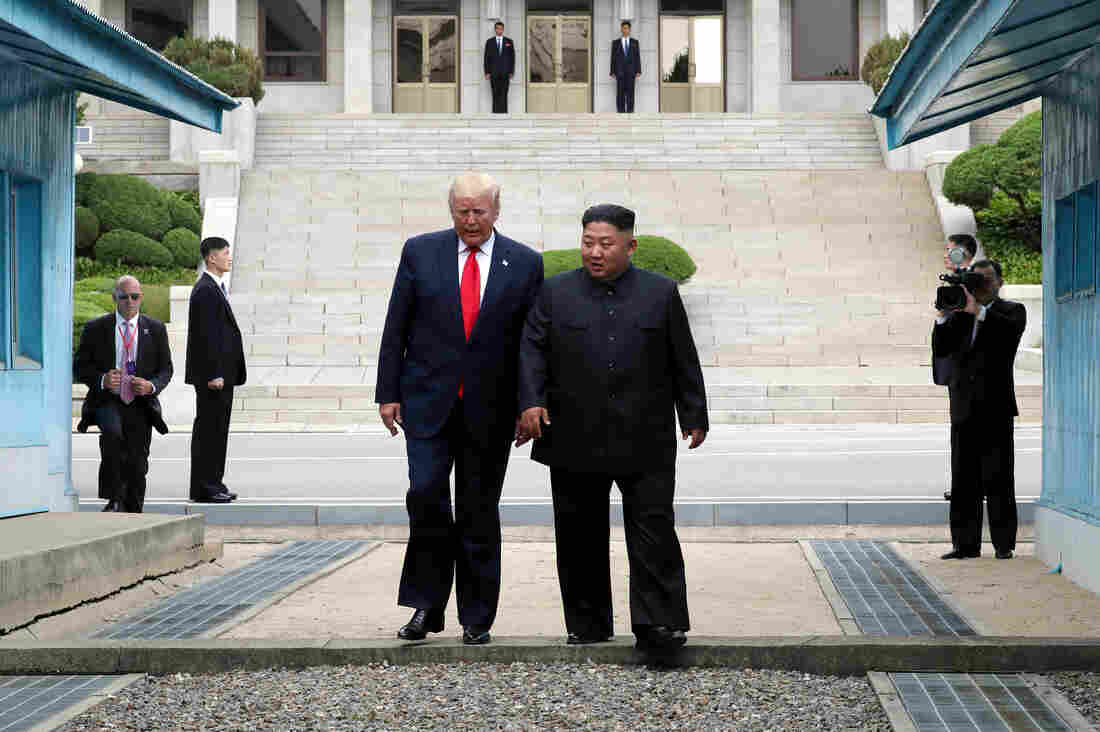 The two leaders first met in June 2018 in Singapore. They expressed mutual admiration, and Trump announced that Kim had agreed in principle to denuclearization of the Korean Peninsula. However, a second summit in Hanoi, Vietnam, in February ended abruptly, with Kim and Trump leaving with no agreement.

Since then, working-level talks aimed at resolving the nuclear issue have all but broken down. As NPR's Anthony Kuhn has reported, the basic disagreement is this: "The U.S. wants North Korea to give up its nukes first, and North Korea wants the U.S. to lift sanctions first."

In May, after news that North Korea tested new ballistic weapons, Trump said, "North Korea fired off some small weapons, which disturbed some of my people, and others, but not me." He expressed "confidence that Chairman Kim will keep his promise to me." Trump made the statement after his national security adviser at the time, John Bolton, warned that the tests violated U.N. Security Council resolutions.

In recent weeks, senior State Department officials have downplayed the seriousness of North Korea's year-end deadline. For example, special envoy on North Korea Stephen Biegun told lawmakers last month that "we do not have a year-end deadline." He described it as an "artificial deadline set by the North Koreans, and unfortunately, it's a deadline that they've set upon themselves now."

The statement from Ri said North Korea "has heard more than enough dialogue rhetoric raised by the U.S. whenever it is driven into a tight corner. So, no one will lend an ear to the U.S. any longer."

In South Korea, Anguish Over Deaths Of North Korean Defectors Who May Have Starved

Last week, North Korea fired two projectiles as it tested what it called a "super-large multiple-rocket launcher," as the BBC reported. Japanese Prime Minister Shinzo Abe described them as ballistic missiles, but North Korean state media mocked him, saying Japan "may see what a real ballistic missile is in the not-distant future."

Kim has warned that if the U.S. does not come up with a more attractive offer to North Korea by the end of the year, his country will adopt a policy he's calling the "new way."

While it's not clear what he means exactly, a researcher at a think tank affiliated with South Korea's intelligence services recently told Kuhn that the options are worrying. Choi Yong-hwan, from the Institute for National Security Strategy, said, "North Korea may choose to strengthen its nuclear capabilities, deploy nuclear weapons they already have or work on completing advanced missile technologies they haven't completed yet."