Accessibility links
Harvard Graduate Students Strike Over Wages, Health Care And Protections Union leaders and university officials have been negotiating for over a year, yet a contract has not been agreed to. Grad students began an indefinite strike on the university's last day of classes. 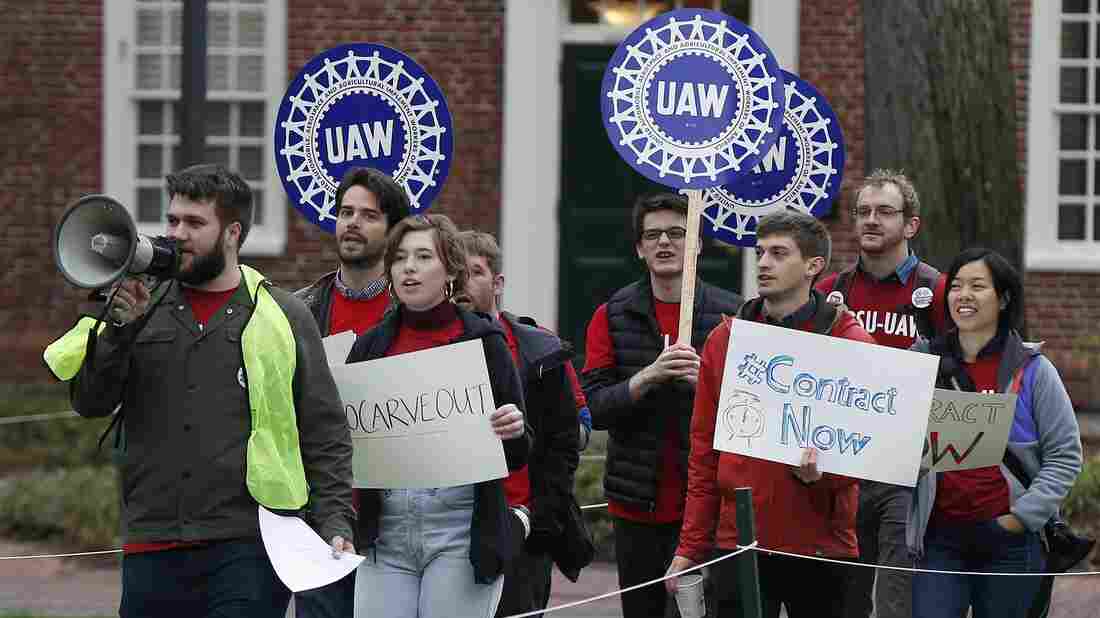 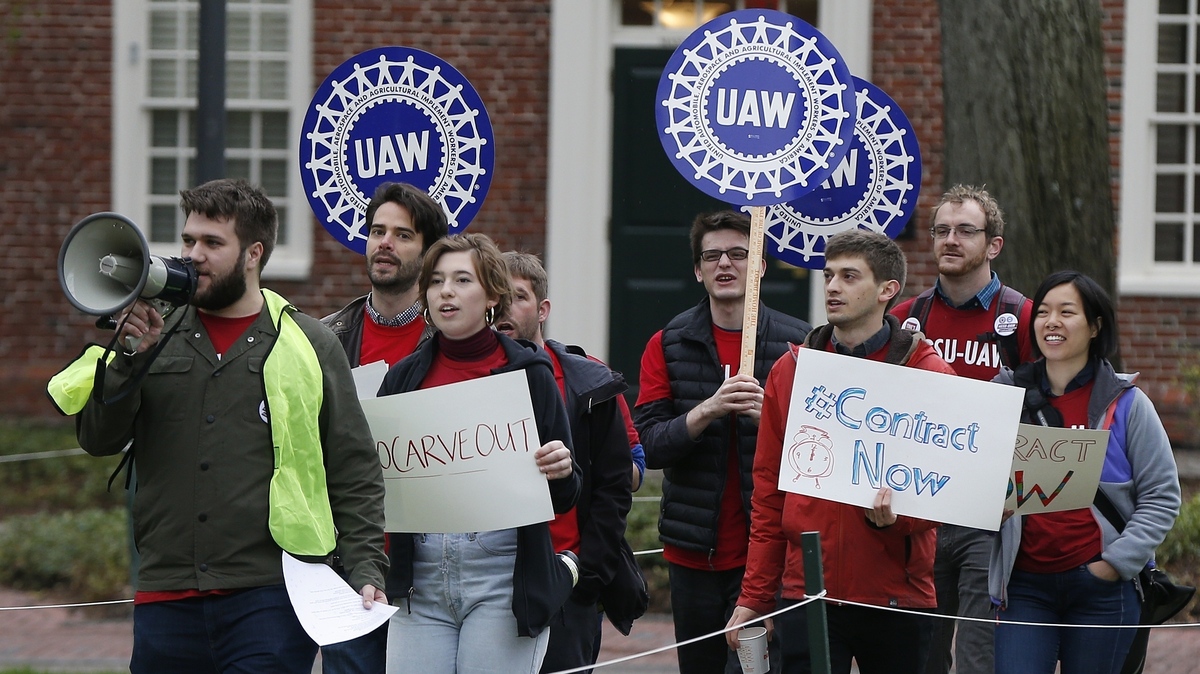 Graduate students at Harvard University began an indefinite strike Tuesday after a deadline to fulfill contract demands such as pay equity and health insurance were not met by administrators.

Negotiations between the two sides are ongoing, but the union — which represents about 4,400 student workers — said an agreement is not close to being met. Representatives with Harvard Graduate Students Union-UAW accused the university of neglecting several issues that students have faced for years.

The strike began on the last day of classes for the fall semester, impacting thousands of students preparing for final exams.

"Our negotiations have not yielded a fair agreement," Ege Yumusak, a Ph.D. candidate on the bargaining committee, told NPR.

"[Most] importantly, we haven't heard responses from the administration on our demands for our basic rights and protections, such as protections against harassment and discrimination, that other unionized workers on this campus have, as well as thousands of student workers across the nation," Yumusak said.

very festive mood out on the @hgsuuaw picket line! pic.twitter.com/KZf5nKk68s

Negotiations began in October of last year, with tentative agreements being reached on several proposals. However, bargaining reached an impasse.

Harvard administrators described the strike as "unwarranted" in a statement Tuesday.

Union negotiators allege that the Ivy League university is failing to recognize the rising cost of living in the Greater Boston area. The latest proposal from university officials offered to raise the minimum rate to $15 an hour, with an 8% increase over three years for salaried student workers. However, the union said the university, with its multibillion-dollar endowment, can do better.

Grad students are also calling for the university to implement better protections from academic harassment and discrimination by establishing an independent third-party arbitrator. The proposal would not replace Title IX — the federal law that prohibits gender discrimination on campus and mandates sexual misconduct investigations — which union leaders said has "failed too often to be considered reliable."

We won a union my first year here, but @Harvard has stonewalled our contract since. So today, alongside 1000+ graduate teaching and research workers @hgsuuaw, I’m going on #strike for:

Affordable health care is also on the union's list of demands. Grad students are seeking improvements to what they call inadequate dental, mental health and specialist coverage.

According to union leaders, there are also several issues the university either has refused to negotiate on or has not offered a proposal on.

Despite the disruptions during exam time, Yumusak said undergraduates are showing solidarity.

"We expect many of them to join us at the picket line," she said. "They understand that our working conditions are their learning conditions."

In addition, in solidarity with the labor action, dozens of Harvard faculty members have promised that strike participation will not have an adverse effect on their evaluation of grad students' work or academics.

Support for the strike has extended outside Harvard's campus. All 11 congressional representatives from Massachusetts, including presidential hopeful Sen. Elizabeth Warren, signed a letter Tuesday urging university officials to reach an agreement with the union.