Accessibility links
Donald Trump, Jr. Would Likely Have Made The Bestseller List Without The RNC Buy The Republican National Committee spent nearly $100,000 buying copies of Donald Trump Jr.'s new book. But did that money buy a spot on the New York Times bestseller list? Not exactly. 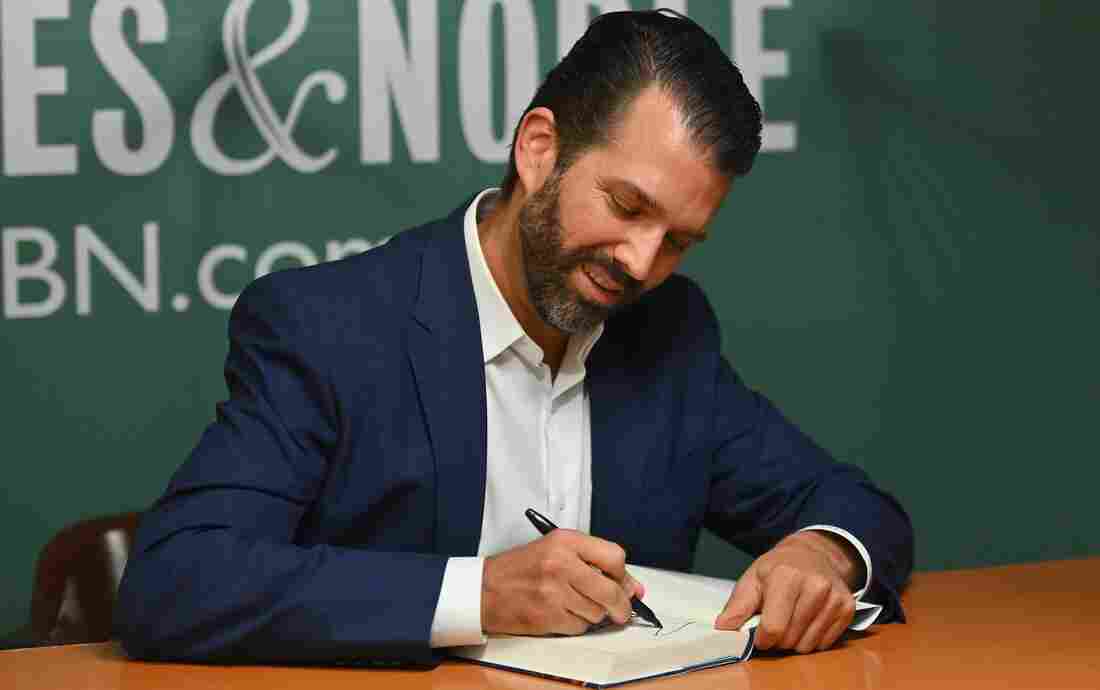 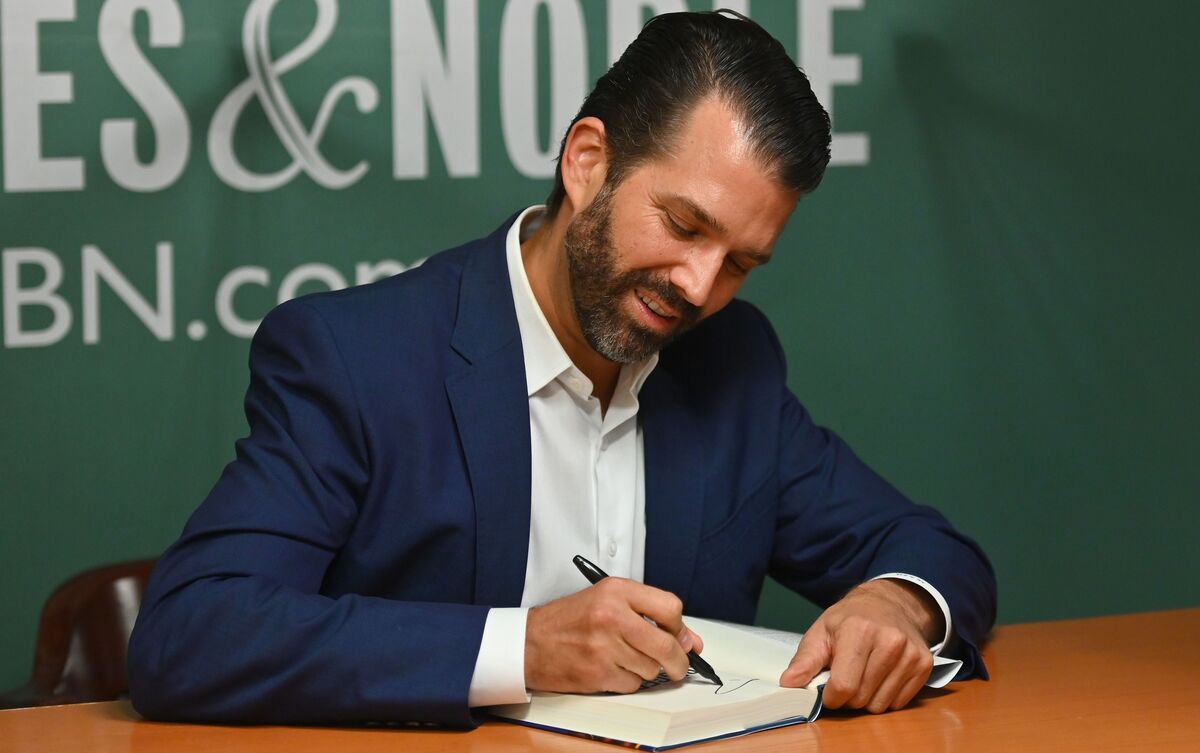 For anyone involved in writing or publishing books, the New York Times bestseller list is the holy grail.

"I still remember the very first time that I got on the list," says Dominique Raccah. She's the founder of Sourcebooks, a publishing house based just outside Chicago. "For an indie press in the middle of the Midwest, yeah, it was absolutely the most extraordinary moment in my life."

The publishing industry has had a good year when it comes to books about recent politics: James Comey, Michael Wolff and Jim Mattis have all spent weeks on the treasured Times lists. So casual observers might not have been surprised to see Donald Trump Jr.'s new Triggered: How the Left Thrives on Hate and Wants to Silence Us on that list as well. But if you looked closer, you might have noticed a little dagger symbol next to the entry. It means that some portion of sales were made in bulk.

Nobody quite knows what goes into making a New York Times bestseller. The paper doesn't reveal its methodology, other than to say in part that it's based on a "detailed analysis of book sales from a wide range of retailers." So I asked the people who are in the best position to make educated guesses about a book's sales, and who watch the lists closely: publishers.

"You expect that if it's rung up at a cash register, it's reported to The New York Times and it's reported to the publisher, all of those things align equivalently," says Dominique Raccah. "That is not the experience we have."

You expect that if it's rung up at a cash register, it's reported to 'The New York Times' and it's reported to the publisher, all of those things align equivalently. That is not the experience we have.

That's because nowhere in the world is there a straight up list of how many copies every book has sold. It just doesn't exist. Sure, the publishers get numbers from Neilsen BookScan, which pays retailers to report their sales. And yes, publishers ship books to Amazon, Target and Barnes & Noble, and get sales figures back. But some books go through middlemen, distributors who sell to many independent bookstores, and not all of them report their sales. Dennis Johnson, co-founder of Melville House, says he only really knows for sure what he sends out.

"I can look at each account in the country that has taken a book directly from our warehouse. And so I know how many books are out there, but that is not a sales reporting service, really. It's an ordering service."

And then there are books that get sold to third parties — for example, "if you do a book on health care, and there is some kind of health care organization or hospital that wants to buy that book for its employees," Johnson adds, "that has a healthy business efficiency to it." That's because the publisher is selling directly to the hospital.

For Many Authors, Celebrity Book Clubs Are A Ticket To Success

This happens all the time — an organization thinks a book would be good for its employees to read, so it makes a bulk order from the publisher. Since the sale didn't go through a store, it wouldn't get reported to the bestseller lists. But here's where we need to make a distinction: If someone had instead bought the books from a bulk buying arm of a big bookstore, that would get reported. And if the book does make the bestseller list, that bulk order would be noted as part of its sales.

Which brings us to Donald Trump Jr. His book, Triggered, was the subject of at least one bulk sale in its first week. According to a Federal Election Commission filing, the Republican National Committee paid Books-a-Million $94,800. That was likely around 4,000 copies. There have been reports of other bulk purchases by conservative organizations. That's why Triggered has that little dagger symbol on Times bestseller list.

The RNC's one purchase was probably not what got the book onto the list initially. It was the rest of the copies — 71,000 in that first week, according to Neilsen BookScan.

"Given that every conservative organization was promoting it in their newsletters, on TV and tweets, that generates PR, and PR generates sales, and that's how it goes," says Ryan Schleicher. He's the Special Sales Director at Porchlight Books, a bulk sales company which mostly supplies books to conferences or institutions. He says even if an author tried to make the bestseller list through bulk orders, it wouldn't work.

Every author that has a platform of any kind wants to make a bestseller list, and a lot of authors will ask, 'How do we get these considered as individual?' And we tell them, 'You don't because they're bulk.'

"Every author that has a platform of any kind wants to make a bestseller list, and a lot of authors will ask, 'How do we get these considered as individual?' And we tell them, 'You don't because they're bulk.'"

There is a way to game the system, says Melville House's Johnson. But it's not with those big bulk orders.

This practice makes publishers like Dominique Raccah uncomfortable. "You care about the bestsellers list because you believe it to be an indication of what Americans are reading. The problem with this particular kind of system is that it's actually inflating numbers in such a way as to not be representative of what Americans are actually reading."

Of course, once a book is sold, it's anyone's guess as to whether Americans are actually reading it ... or just letting it collect dust on the shelf.