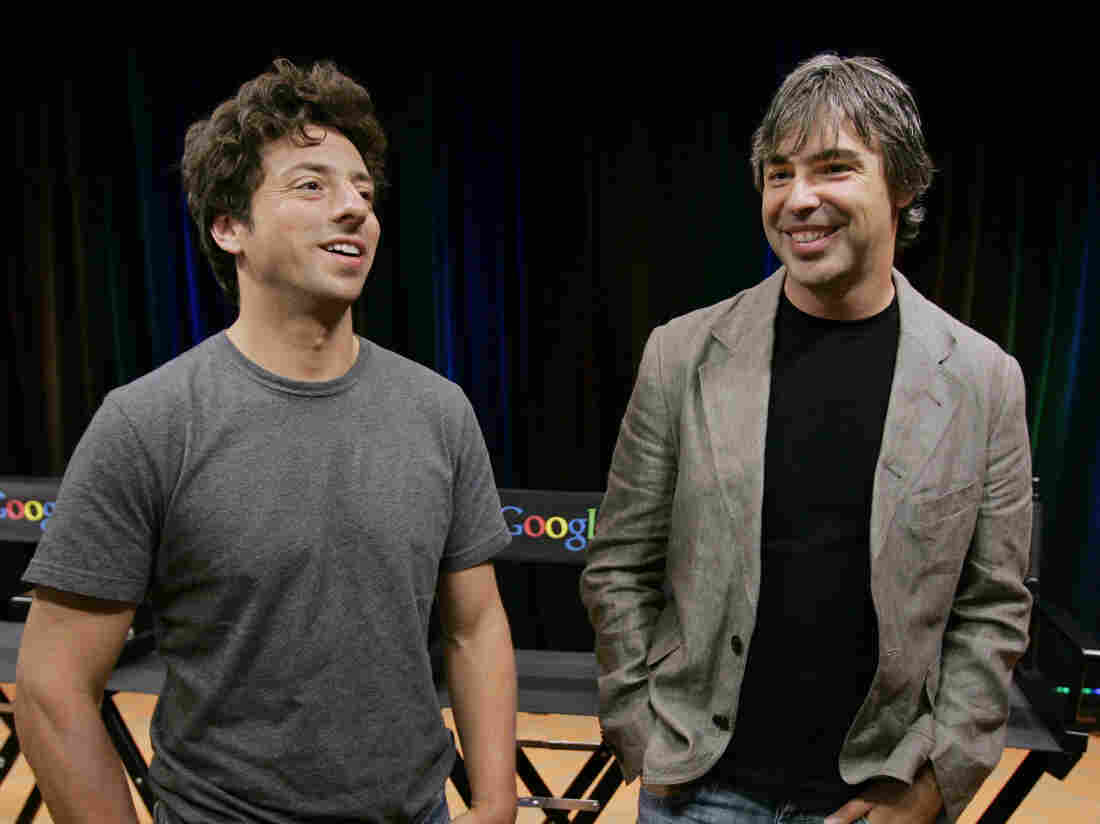 Google co-founders Sergey Brin (left) and Larry Page announced Tuesday they are stepping down from their leadership roles but will remain board members of Alphabet, Google's parent company. Paul Sakuma/AP hide caption 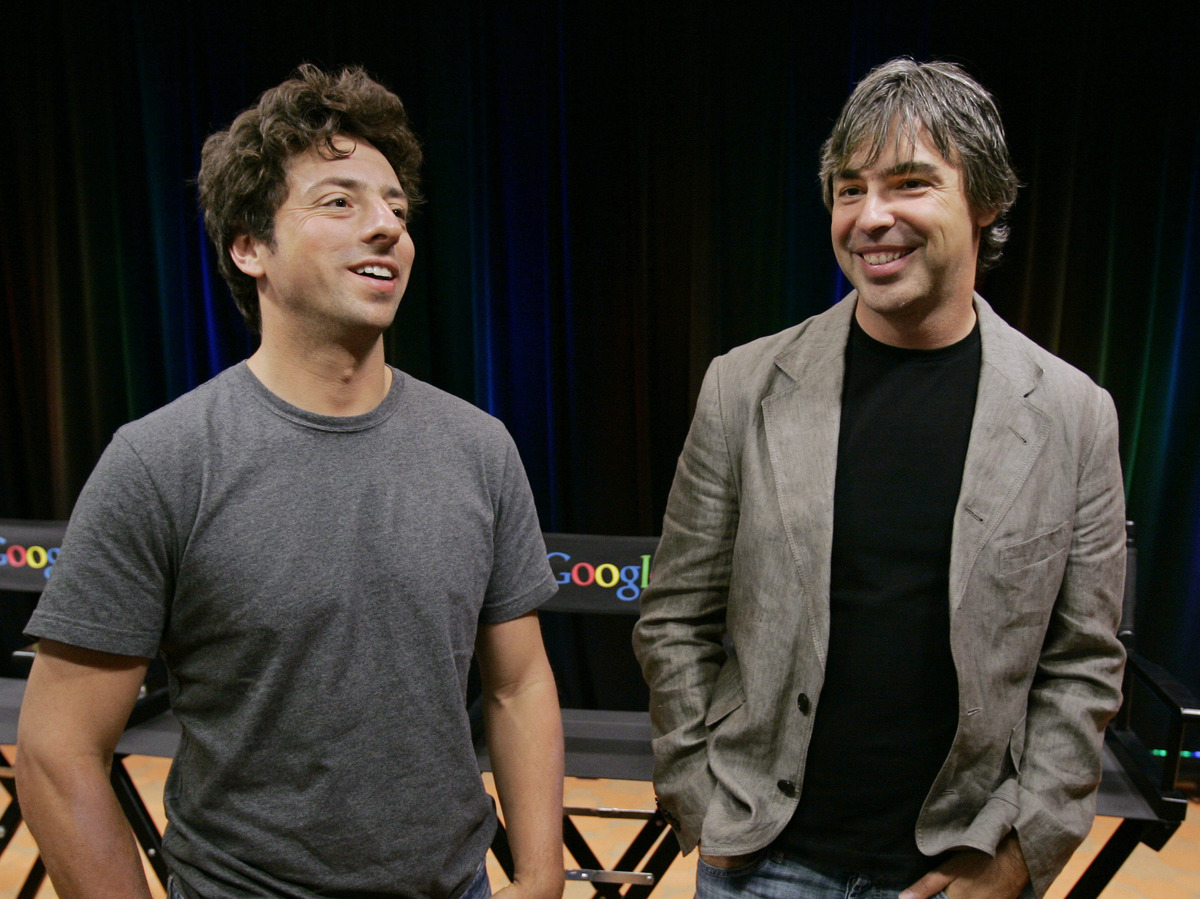 Google co-founders Sergey Brin (left) and Larry Page announced Tuesday they are stepping down from their leadership roles but will remain board members of Alphabet, Google's parent company.

Ending an era at the Internet's biggest search company, Google co-founders Sergey Brin and Larry Page are leaving their leadership roles and CEO Sundar Pichai will become chief executive of both Google and its parent company, Alphabet.

Page is stepping down as CEO of Alphabet, while Brin is resigning as its president. They will remain board members of Alphabet, a company that oversees not just Google but also research into artificial intelligence and self-driving cars.

Page and Brin founded Google in 1998 when they were Stanford students. They made Google into one of the world's largest, most profitable companies, dominating online search, digital advertising and video.

"We've never been ones to hold on to management roles when we think there's a better way to run the company," they wrote in a letter Tuesday. "And Alphabet and Google no longer need two CEOs and a President."

In an email to Google employees, Pichai said that in his more than 15 years with Google, "the only constant I've seen is change. This process of continuous evolution — which the founders often refer to as 'uncomfortably exciting' — is part of who we are."

The restructuring at the top of Google comes as at time of increased turmoil for the Internet giant.

Google, the company that was known for the motto "don't be evil," has been known for its open and freewheeling culture, with employees encouraged to speak out. But lately, management has been cracking down on dissent and criticism.

Google fired four engineers last week for accessing internal information. But the workers said they lost their jobs over their labor-organizing efforts. They said they will file a complaint with the National Labor Relations Board.

Last year, thousands of Google workers around the world walked out in protest of sexual harassment and bad behavior by executives.

Google, along with Facebook and Amazon, is under scrutiny into whether it's too powerful.

Regulators in the U.S. and Europe are looking into how dominant Google is in search and advertising. Some critics are even calling for the company to be broken up. There's no indication that any of this is connected to Page and Brin stepping aside. It's just another sign of how the company is changing.

Page and Brin acknowledged that Google is no longer the same company they founded. "Since we wrote our first founders' letter, the company has evolved and matured," they wrote Tuesday.