Accessibility links
The Go-Betweens' Perfect Pop Cracked Open The Go-Betweens made music that hit people's pop-pleasure receptors in an almost sneaky, definitely brainy sort of way. The band's second anthology hints at what might have been.

The band's second anthology hints at what might have been. 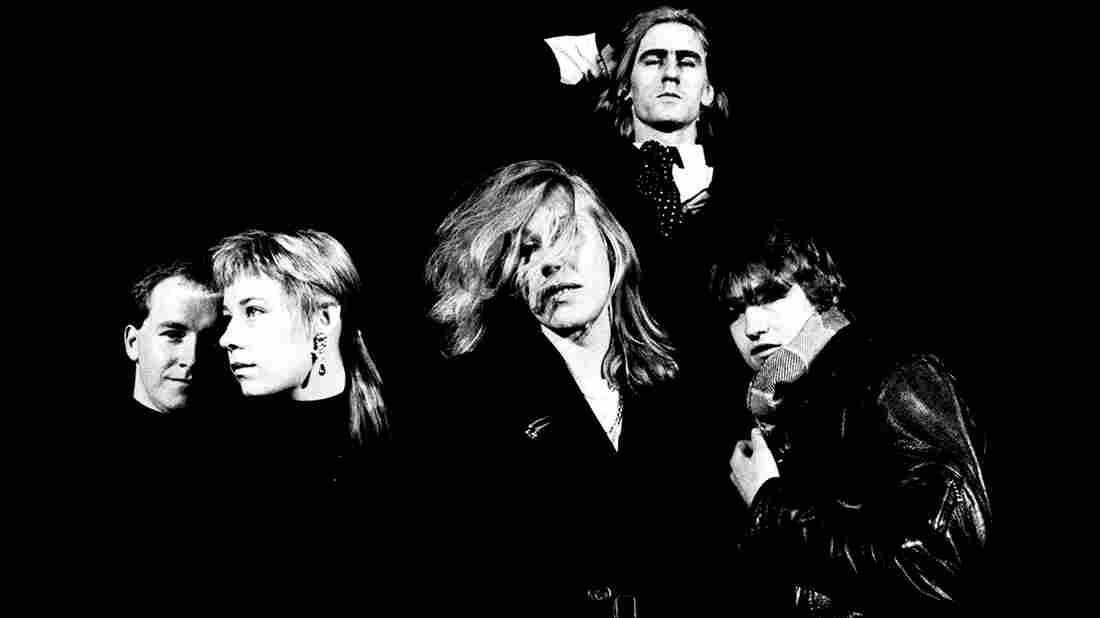 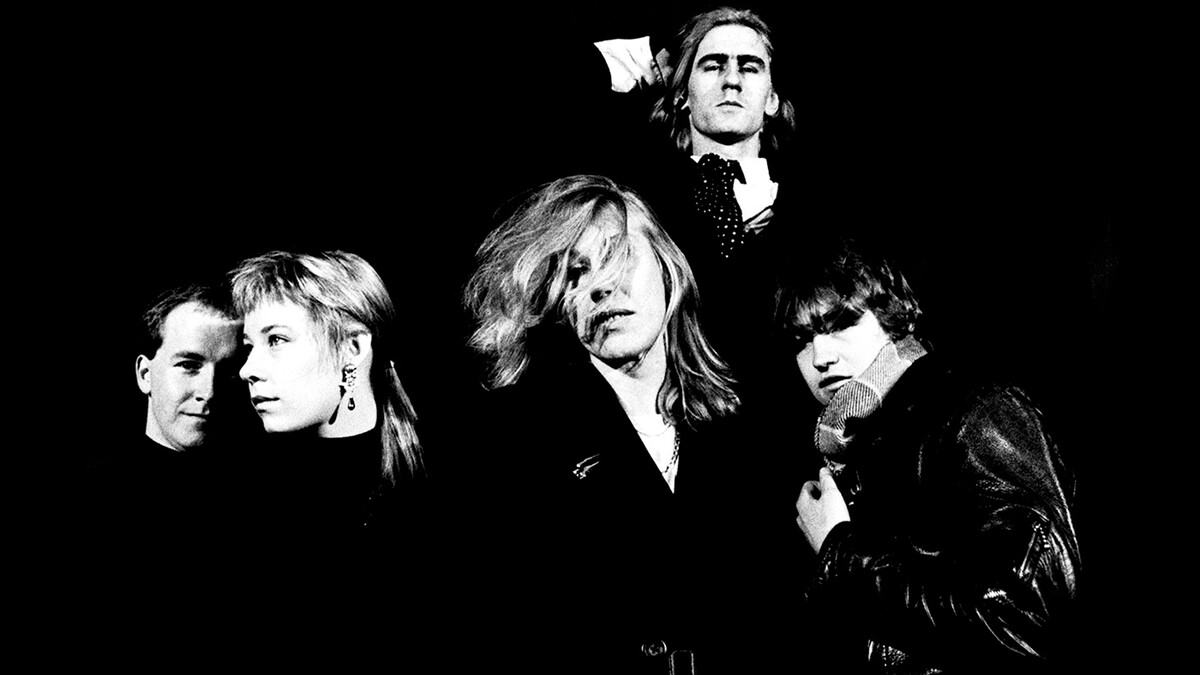 The second volume of G Stands For Go-Betweens: The Go-Betweens Anthology features prime-era albums Liberty Belle and the Black Diamond Express, Tallulah and 16 Lovers Lane, plus tons of rarities.

"Perfect pop" is subjective, but a song or album that be defined as such gets that tag because of one key factor: It's hooked itself into a listener's ear. A person's reasons for the desire to hear a piece of music on repeat may vary; it can be a simple yet devastating turn of lyrical phrase, a seductive melody, or even a buried-in-the-mix detail like a particularly buoyant bass line.

The Australian duo The Go-Betweens, led by the twin songwriting team of Robert Forster and Grant McLennan, have often been accused of producing "perfect pop"; it wouldn't be surprising if every entry in their vast catalog had been described as such. Take "Love Goes On!," the opener from their 1988 gem 16 Lovers Lane. It opens with breezy acoustic-guitar strumming and McLennan's vocal, wryly observant yet still sounding urgent as he sings of dreaming cats and deep-rooted desire; then it blooms into a gorgeously orchestrated bit of sophisti-pop, Forster's backing ba-ba-ba's providing an ebullient counterpoint to McLennan's almost-shrugged observation that "love goes on, anyway." Later, there's a burst of flamenco guitar, mirroring the head-spinning sensations McLennan's outlining. It's a dizzying array of feeling, anchored by McLennan's sometimes-mundane, sometimes-distraught descriptions of life's ups and downs, which are leavened by the spangled music surrounding it.

Since their earliest days, the Go-Betweens made music that hit people's pop-pleasure receptors in an almost sneaky, definitely brainy sort of way. This approach grew organically out of the art-school pals' early post-punk-leaning years as well as their love of big, sticky hooks. "It was sort of this weird mixture, and we thought that was interesting in terms of being a rock band or a pop band and having that background," McLennan told Fresh Air's Terry Gross in 2005. "We liked bands like The Monkees. We liked Dylan '64-'66. We were fixated on that — on Dylan as amphetamine-driven pop star. Also, Television and Talking Heads — people that normally weren't in rock and roll being in rock and roll, and seeing where it would go."

That curious spikiness gives energy to the Go-Betweens' blend of baroque pop, folk rock, and gauzy rock, which was fully coming into its own in the era chronicled by volume two of G Stands For Go-Betweens: The Go-Betweens Anthology. The set of albums, live cuts and rarities charts the band's evolution from 1985, when the band began laying down tracks for what would become its third album Liberty Belle and the Black Diamond Express, through 1989, when Foster and McLennan split up. (The duo reunited in 2000, and continued recording and touring as The Go-Betweens until McLennan's death.) 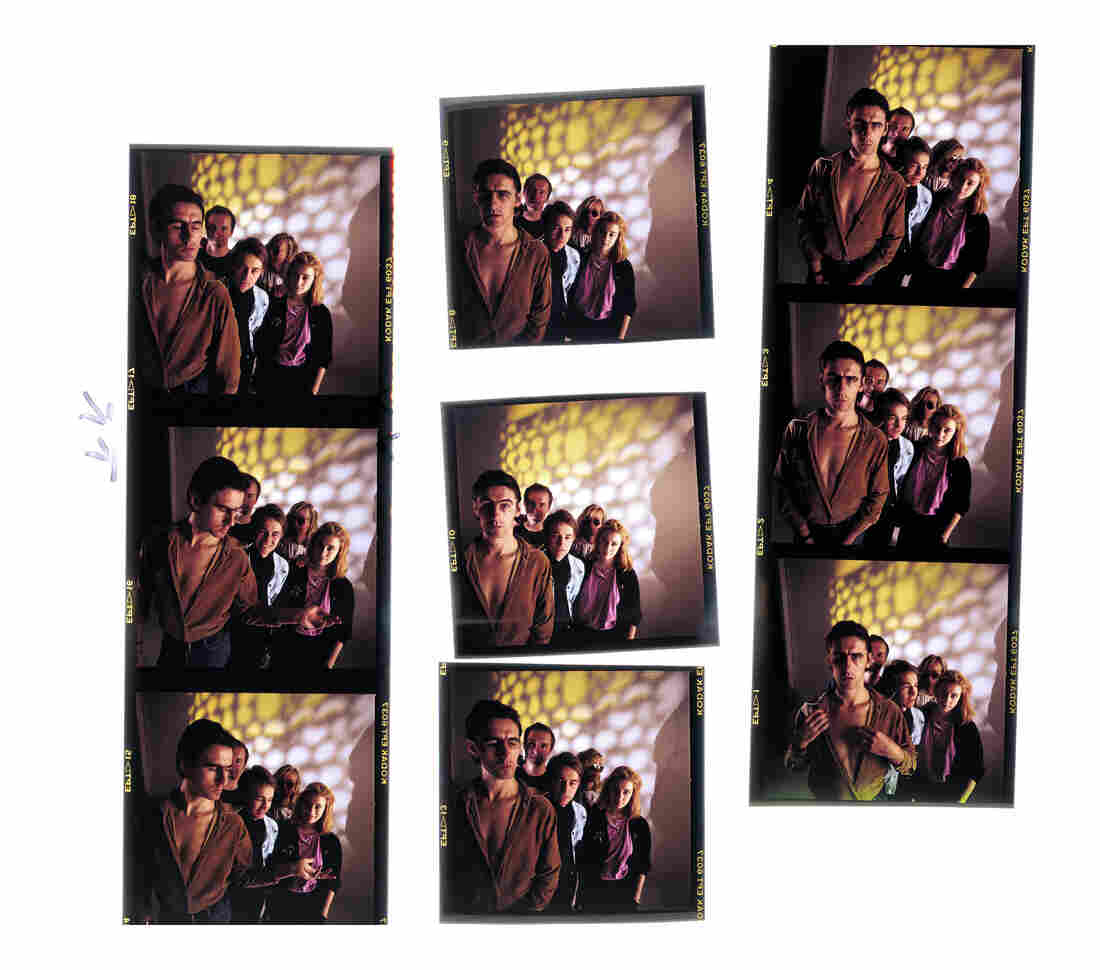 Film from The Go-Betweens' spread in a 1987 issue of Spex magazine. Wolfgang Burat /Courtesy of Domino hide caption

Volume two's timeline opens as the band is just starting to grow out of their scrappier post-punk guise and embrace the gentler textures of the late-'80s modern-rock era; the growth the box set inadvertently charms is at times a wonder. The jittery guitars that provide the spine for the Liberty Belle-era B-side "The Life at Hand" are echoed by the purposeful chords that give the 16 Lovers Lane rave-up "Was There Anything I Could Do?" its urgency; the live version of Liberty Belle's "Spring Rain" included here, recorded during a 1987 live show that was supposed to be a double live album, has a bounce that makes Forster and McLennan's call-and-response chorus jubilant.

Liberty Belle began the Go-Betweens' cracking-open period, with Forster and McLennan adding keyboards, woodwinds and strings to their mix, going against the synth-heavy trends of the times to make pop on their terms. "Head Full of Steam" clambers and frets over distorted guitars; Tracey Thorn's assured backing vocal is a fulcrum for Forster's recounting of his "fool's dream." Tallulah continued it, bringing Amanda Brown into the fold as a multi-instrumentalist and vocalist; the frantic "The House That Jack Kerouac Built" is a particular standout, with sawed-at strings making the lust outlined feel like a claustrophobic, yet tightly plotted, trip.

16 Lovers Lane was a watershed moment in the band's catalog for a couple of reasons. It was the band's big entrée into the American market; they'd been signed to Capitol as part of that label trying to corner the 120 Minutes market by signing acts like the Cocteau Twins and Skinny Puppy, and were eventually going to tour the United States for the first time after opening for R.E.M. in their home country.

The finished product wound up striking an elegant balance between the duo's early woodshedding and their later sharpness. "I had a vision for this record," McLennan told Billboard in 1989. "It was, in some way, just sitting down with acoustic guitars in sunlight, writing songs, and then making a record. It was as simple as that. And I get that vibe from the record, a summer feeling." The shimmering "Streets of Your Town," a saudade-infused saunter that's highlighted by Brown's sun-dappled backing vocal, is an especially summery offering. "Streets" is one of the band's bigger "hits," having reached No. 68 on the Australian singles charts. One of the rare compositions that McLennan brought to the band without first showing it to Forster — he wrote it while at home with Brown "in, I would say, 10 minutes," she told The Guardian in 2018 — it sparkles even as McLennan sings of anomie and urban decay.

The box set's eighth disc, Loving Shocks, hints at what might have been for the Go-Betweens — a 28-track demo, recorded over two days in October 1989, that was to lay the groundwork for the group's follow-up to 16 Lovers Lane. But the workaday tensions of being in a band that had almost made it, yet wasn't earning a lot of money, bubbled to the surface; in the box set's liner notes, Forster makes sidelong references to the ways in which the Go-Betweens' gambles often didn't pay off financially. A couple of days after the Go-Betweens debuted some new material at a show in Sydney, McLennan told Forster that he was out. (Forster called the breakup "savage and abrupt" in his McLennan obituary.) "Running the Risk of Ever Losing You," which the duo laid down in those late-1989 sessions, shows growth in the duo's sound while also pointing to the aesthetics of heirs like Pulp.

"You know, every time I think that it's been completely done, and I feel as though I'm absolutely, totally, permanently jaded, the Go-Betweens come along with a new record and take me apart, cell by cell," KCRW DJ and host of Saturday Night Avant Pop Deirdre O'Donoghue exclaimed after the band played a hushed, yet agitated version of the 16 Lovers Lane ballad "Quiet Heart" on her show in 1988. While the band's story ended with McLennan's passing in 2006, the music they made over their career, particularly during this fertile moment, still have the perfect pop song's capacity to command one's full attention.