Accessibility links
Evgeny Pobozhiy, Russian Prodigy, Wins International Jazz Guitar Competition The guitarist, who hails from a small town on the edge of the West Siberian Plain, competed against two Americans for one of, if not the, most prestigious prizes available to younger jazz artists. 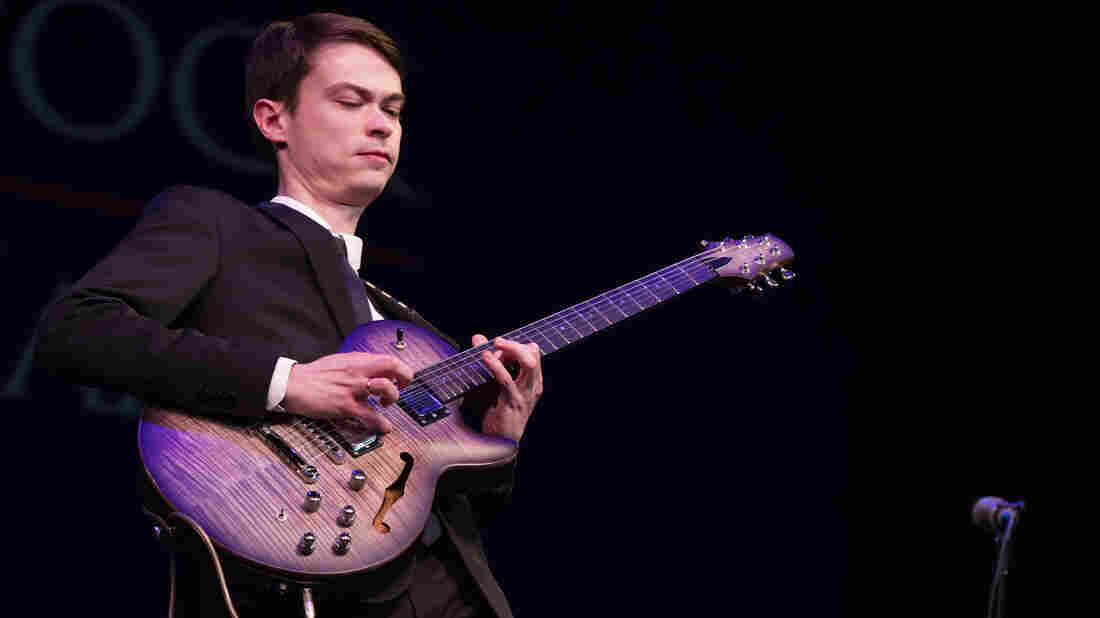 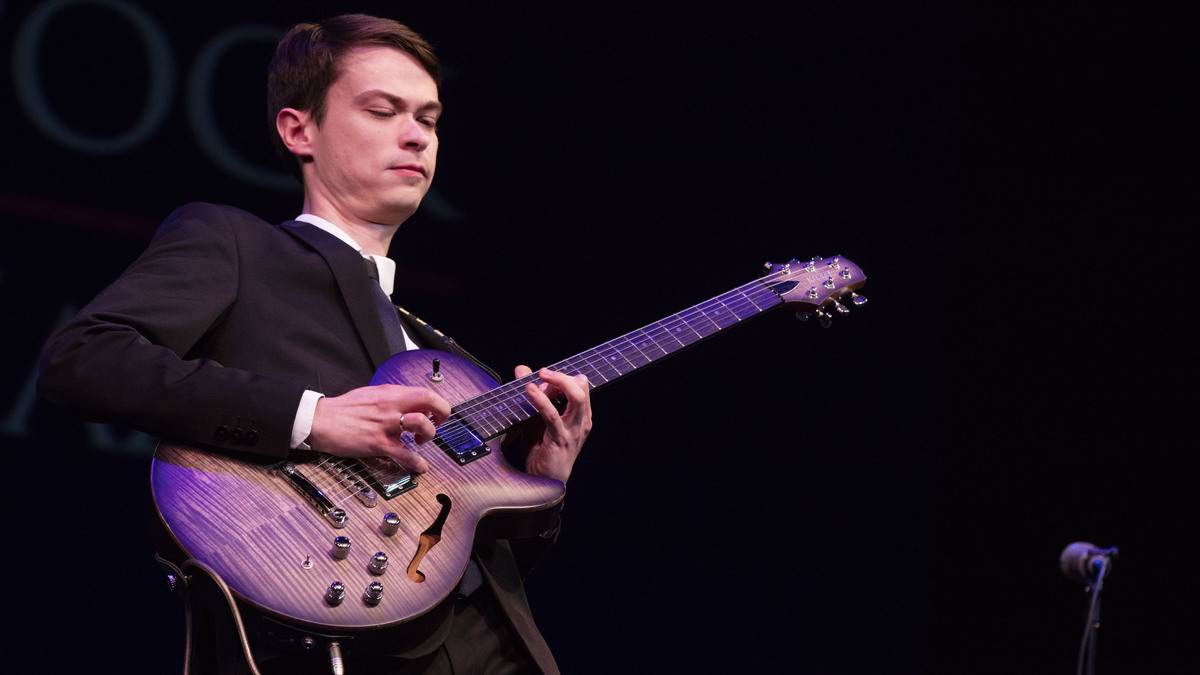 Steve Mundinger/Courtesy of the Hancock Institute

Evgeny Pobozhiy, a virtuoso guitarist with a busy profile on the Moscow jazz scene, has won the Herbie Hancock Institute of Jazz International Guitar Competition. As winner of the prize, one of the most prestigious of its kind, he'll receive $30,000 in scholarship funds and a recording contract with the Concord Music Group.

The competition finals were held Tuesday night at the Kennedy Center in Washington, D.C, as part of a gala concert. Max Light, of Bethesda, Md., took second prize, and Cecil Alexander, of Muskegon, Mich., came in third.

Each of the three finalists played two songs during the concert, which also included a performance by the Institute's chairman, pianist Herbie Hancock, and the presentation of its Maria Fisher Founder's Award to trumpeter-composer-educator Terence Blanchard.

Pobozhiy, who will turn 31 later this month, secured his win with "502 Blues," composed by Jimmy Rowles and best known for a version recorded in 1966 by Wayne Shorter; and "Falling Grace," a Steve Swallow composition also recorded that year.

The competitors were judged by a panel of notable jazz guitarists from across the stylistic spectrum: Stanley Jordan, John Scofield, Pat Metheny, Russell Malone, Lee Ritenour, Lionel Loueke and Chico Pinheiro. Half had previously served on the same jury, when first prize went to Lage Lund, from Norway (2005), or Jesse van Ruller, from The Netherlands (1995).

Pobozhiy was born in Seversk, on the southeastern edge of the West Siberian Plain. He started out on classical guitar at age nine, and studied jazz at the Rostov State Conservatory, attracting the interest of saxophonist Igor Butman, Russia's leading jazz musician. Pobozhiy joined the Igor Butman Quintet as well as the Moscow Jazz Orchestra, which Butman leads. He also leads his own groups, and released a series of digital singles on Bandcamp this year.

The Herbie Hancock Institute of Jazz had been known for three decades as the Thelonious Monk Institute of Jazz, before changing its name in 2018. During the semifinals, on Monday afternoon at the Smithsonian Institution's National Museum of the American Indian, Pobozhiy made a shrewd nod to the change — opening with a tune by Monk and closing with one by Hancock. (In the video below, Pobozhiy's performance begins around 1:09.)

During his allotted 15-minute semifinals set, Pobozhiy ventured an aggressive range of sounds; he was the rare guitarist in the bunch to use pedal distortion, on Hancock's cosmic jazz-funk anthem "Actual Proof." He also employed a watery chorus effect on "500 Miles High," which keyboardist Chick Corea composed for his 1970s fusion band Return to Forever.

On the Monk tune, "In Walked Bud," Pobozhiy demonstrated rat-a-tat proficiency, along with a tendency to ride the forward edge of the beat. The competition's generally unflappable house rhythm section — pianist Reggie Thomas, bassist Yasushi Nakamura, drummer Carl Allen — seemed to strain to keep him in harness to the tune.

Pobozhiy's fellow finalists gave two standout performances, each in a quieter and more naturalistic mode. Max Light's 15-minute set began with a lesser-known Monk tune, "Introspection," and moved on to the Billy Strayhorn ballad "Isfahan." Cecil Alexander opened with a syncopated original, "Who Are You," which he led into an impressive solo treatment of "I Remember You."

But Pobozhiy showed superb technical aplomb along with a fearless self-assurance. He also has history with the Institute: he performed on the International Jazz Day Global All-Star Concert in 2018, from St. Petersburg. At a moment of high tension between the United States and Russia, his success holds diplomatic potential — if only as an illustration of Hancock's insistence that jazz embodies a universal language of harmony.