Accessibility links
Parker Probe Revealing More Information About The Sun The initial results from an ambitious mission to get a spacecraft close to the Sun are shedding new light on some old mysteries about our closest star. 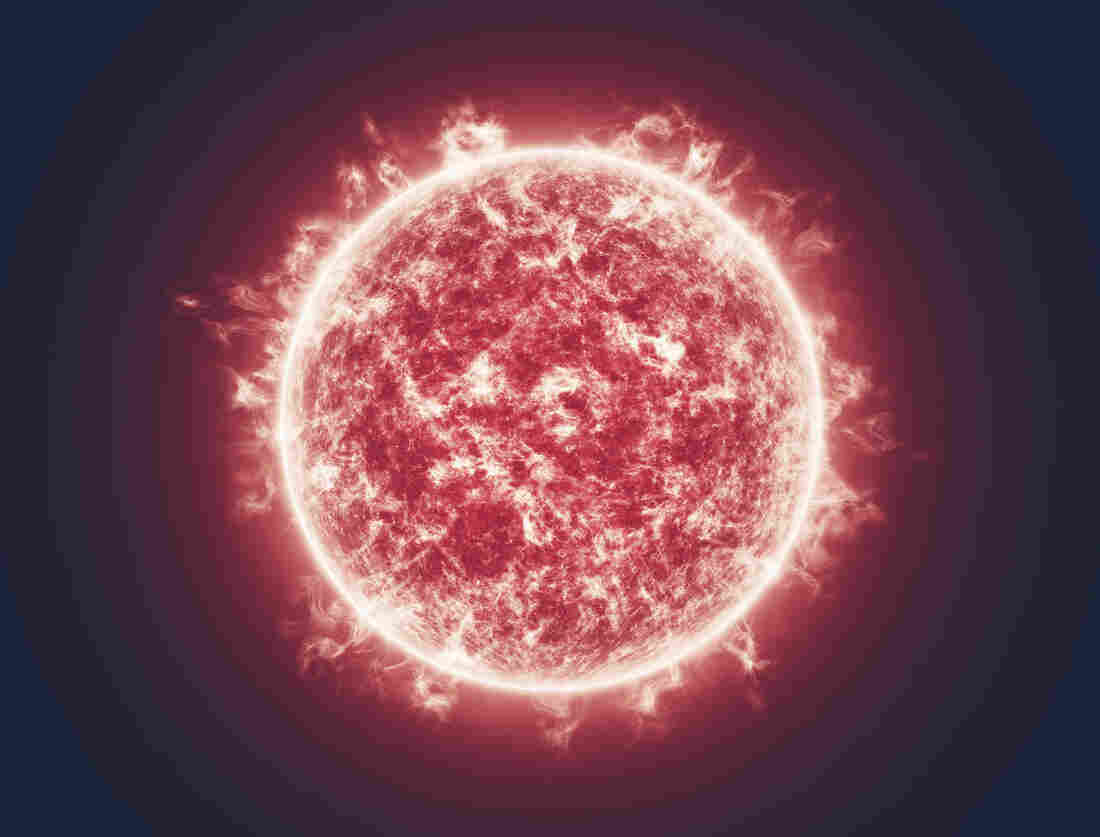 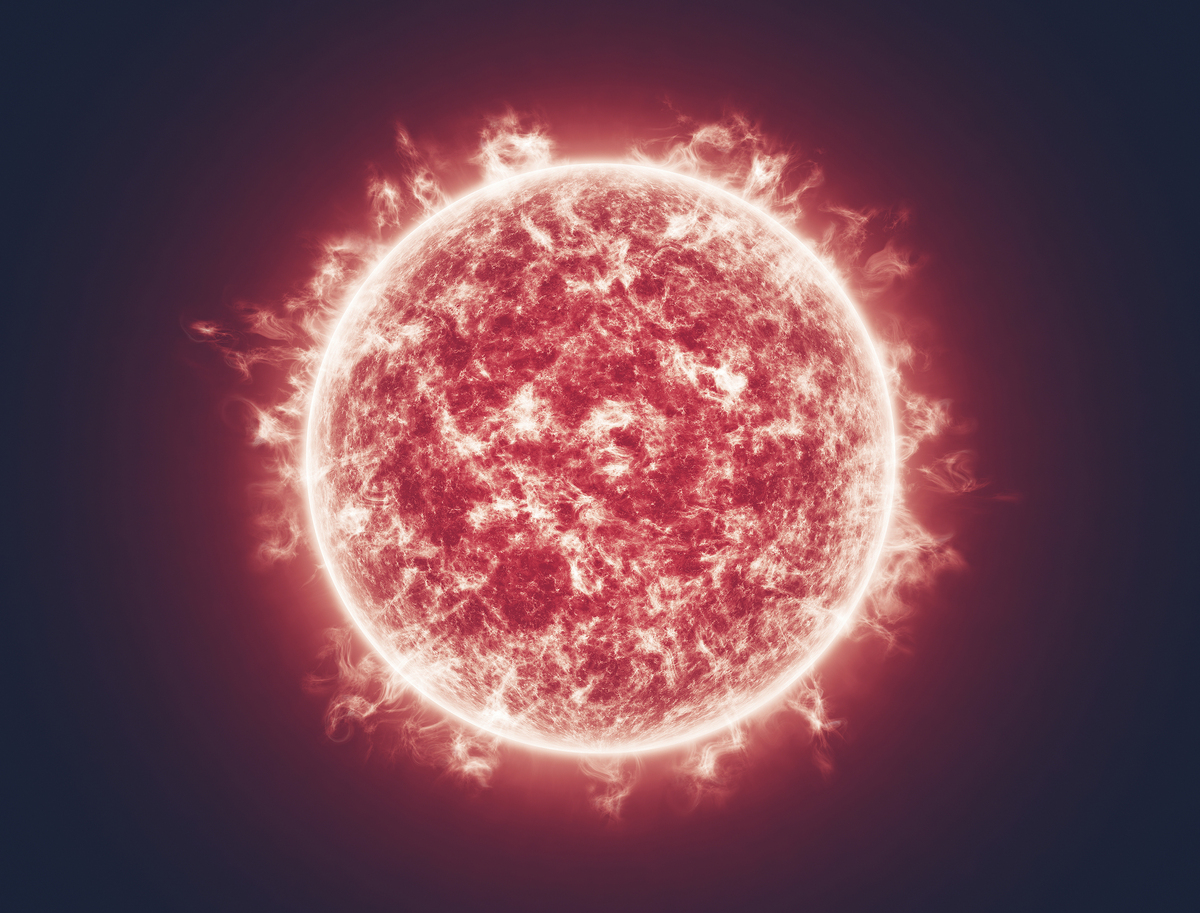 An unprecedented mission to venture close to the sun has revealed a strange region of space filled with rapidly flipping magnetic fields and rogue plasma waves.

These surprises are among just some of the first observations by NASA's Parker Solar Probe, which blasted off last year to get up-close-and-personal with our nearest star.

Scientists say the findings, described in a series of reports in the journal Nature, could help explain long-standing mysteries — like why the sun's extended atmosphere is hotter than its surface.

They also could help scientists better understand and predict solar storms that might disrupt vital artificial satellites that orbit our planet.

"The sun, of course, is the source of life on Earth and the reason we can all be here. But the sun also has dangers associated with it," says David McComas, an astrophysicist at the Princeton Plasma Physics Laboratory.

The Parker Solar Probe was built to withstand searing temperatures of up to 2,500 degrees Fahrenheit. Flybys of Venus help it adjust its orbit to gradually get closer to the sun, hurtling around the star at 430,000 miles per hour.

In 2025, it will come within 4 million miles of the sun's surface, or about one-tenth the orbital distance of Mercury, according to NASA. So far the probe has swung close to the sun three times, flying around 15 million miles from its surface.

"The sun is already looking very different from what we've seen before," says Justin Kasper, an astrophysicist at the University of Michigan.

From Earth, during a total solar eclipse, it's easy to see the sun's corona, an aura of plasma that is the sun's outer atmosphere. The Parker Solar Probe is designed to plow through the corona with instruments that measure magnetic fields, plasma, and energetic particles.

All of this lets researchers explore the origin of the solar wind, charged particles that continually spew out of the sun.

It turns out that close to the sun, the wind seems to get sped up by powerful, rogue waves that move through the magnetic field, says Kasper.

"We'd see suddenly a spike in flow, where in just a couple seconds the solar wind would start flowing 300,000 miles an hour faster," he says.

"Sometimes these spikes, or stronger waves, last for a couple seconds, sometimes they last for hundreds of seconds," Kasper says. "But they nearly double the speed of the solar wind, and they are so violent that they actually flip the direction of the magnetic field in the solar wind around."

It's really pretty spectacular, says Stuart Bale, of the University of California at Berkeley.

"The wind is not just steady," Bale says. "There is a quiet, kind of steady flow, but then on top of it, we see these huge magnetic structures. The magnetic field flips around 180 degrees on a very short timescale, often, and there are jets of plasma in these structures."

These features of the solar wind were so surprising that at first researchers thought their instruments might be malfunctioning, says Nicola Fox, director of the Heliophysics Division at NASA's headquarters, who is the mission's project scientist.

It's not clear what causes these powerful waves, but they could be the reason that the sun's atmosphere is so hot, something that researchers have struggled to explain.

"This was one of the findings that I found most interesting because it addresses this really important question," says Daniel Verscharen, an astrophysicist at University College London.

He says what heats the corona has been a mystery that scientists have pondered for around 80 years. "This is definitely one of the biggest open questions that we have," Verscharen says.

"For me, to have seen something on the very first orbit, that was so surprising, it is just amazing," says Fox.

"We knew we were going into a region we've never been before. It is a voyage of discovery. It's going to the last sort of major region of our solar system to ever be visited by a spacecraft," she says. "And as we continue to get closer and closer, then I'm sure that we are going to continue to see more and more surprises."

Other observations from the probe show that the solar wind rotates around the sun much faster than the standard models of the sun had predicted. Scientists also found preliminary signs of the existence of a dust-free region around the sun, one that was first predicted back in 1929, says Fox.

The thinking has been that the sun's heat either vaporizes the dust or that pressure from sunlight pushes it away. The probe has found that dust starts to thin out about 7 million miles from the sun, and then continues to decrease steadily.

"That's another of our big science results, this proof that there is indeed a dust-free region very close to the sun," Fox says.

The next close approach to the sun will come in January, after a flyby of Venus later this month.

The mission was named after Eugene Parker, who first proposed the existence of the solar wind back in the 1950s. It's the only NASA mission named after a living person, and Parker got to see the rocket launch that carried the probe into space.

In July, Fox traveled to Chicago to share the initial results with Parker, who is now 92 years old and a revered figure in the community of scientists who study the sun.

In a written statement distributed by the University of Chicago, where he is professor emeritus, Parker said that it had been humbling to watch the probe blast off and disappear into the night sky.

"But now that data is finally coming in and being analyzed, things are getting really exciting," he said.

An earlier version of this story misidentified Nicola Fox as being with the Johns Hopkins University Applied Physics Laboratory. She is actually the director of the Heliophysics Division at NASA's headquarters.