Accessibility links
Electric Eel Lights Up Christmas Tree In Tennessee Every time the electric eel named Miguel Wattson releases a jolt of electricity, a festively decorated Christmas tree next to his tank at the Tennessee Aquarium flickers and glows. 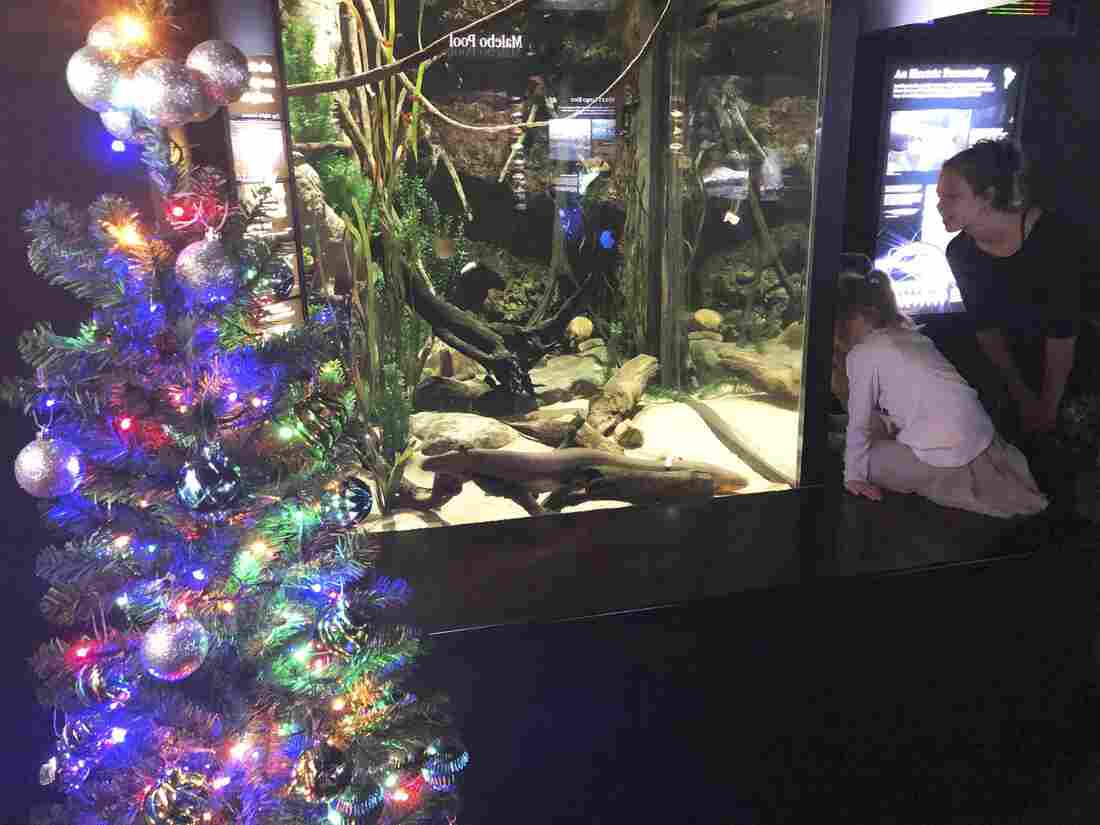 The Tennessee Aquarium says a system connected to an electric eel's tank enables his shocks to power strands of lights on the nearby tree. Thom Benson/AP hide caption 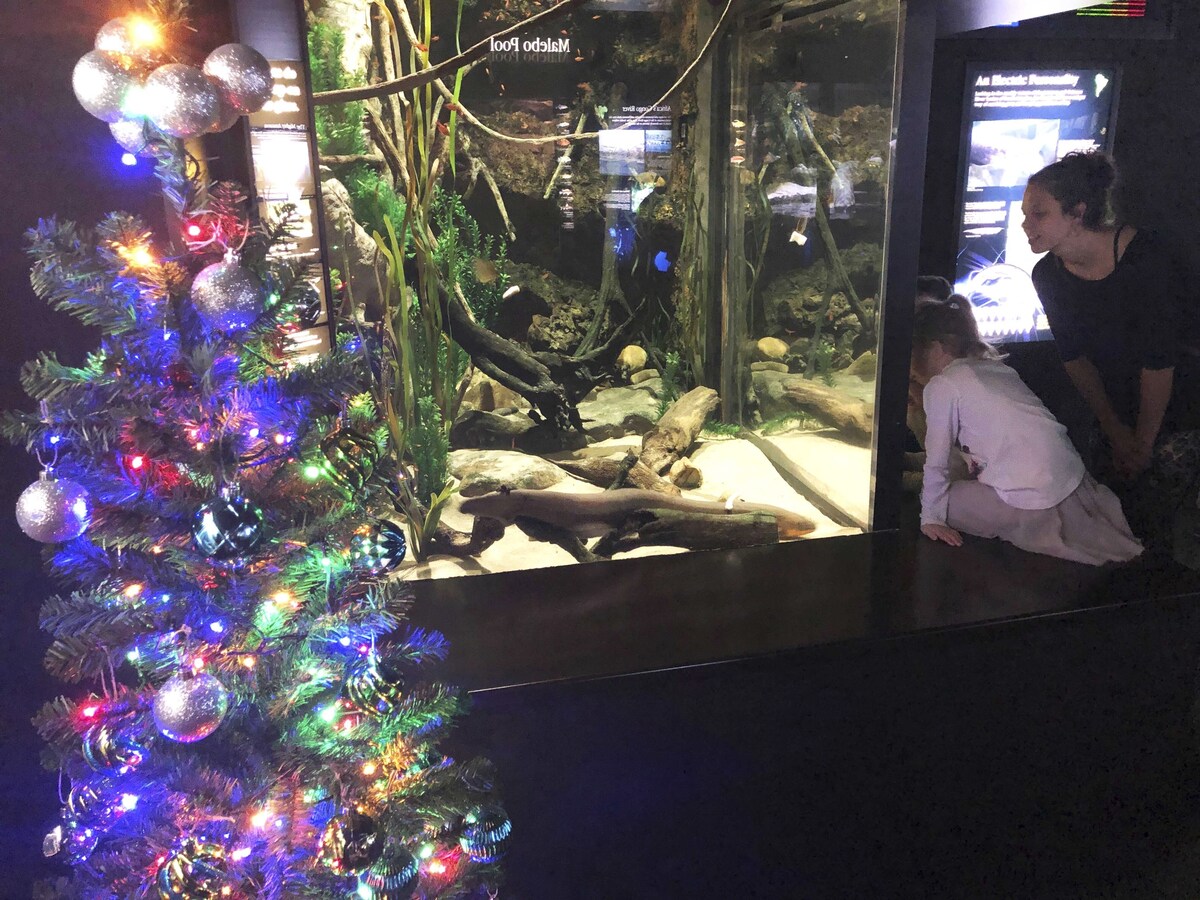 The Tennessee Aquarium says a system connected to an electric eel's tank enables his shocks to power strands of lights on the nearby tree.

An electric eel in Chattanooga, Tenn., is sparking a little holiday cheer.

Every time Miguel Wattson the electric eel releases a jolt of electricity, a festively-decorated Christmas tree next to his tank at the Tennessee Aquarium flickers and glows.

"There is a sensor directly in his exhibit that picks up when he produces electricity," Aquarist Kimberly Hurt, who cares for the electric eel, tells NPR.

The aquarium had already connected the sensor to a soundboard and a light board to correspond with Wattson's bursts, says Hurt. "It'll light up the board. It also does make some noise so people can hear when he's producing electricity."

So it wasn't a huge leap to also have Wattson's sensors connected to a Christmas tree, for a seasonal spin on the display.

Take a look at the electric eel in action:

We should clarify that the electricity produced by the eel is not literally powering the lights on the tree – the sensors and other equipment are "translating when he's producing electricity to the lights," Hurt says.

You might notice that the tree sometimes emits small flickers of light, and at other times puts out stronger, brighter bursts. Hurt says these correspond with different kinds of electric eel shocks, which can peak at about 800 volts.

An electric eel will emit high-voltage shocks in situations like "self-defense, or trying to stun a possible food item or a prey item," Hurt adds. So, the tree is the brightest at Wattson's meal times.

It's Like An 'Electric-Fence Sensation,' Says Scientist Who Let An Eel Shock His Arm

She says the smaller flickers are used to communicate with other eels or help detect their surroundings. These smaller jolts are only about 10 volts, according to the aquarium.

This isn't the first time the aquarium has made creative use out of Wattson's bursts of electricity. The fish has had a Twitter account since 2014 (@EelectricMiguel) which puts out prewritten tweets whenever the probes in his tank detect a jolt of power above a trigger threshold. The account has attracted some 30,000 followers.

Many of the tweets triggered by Wattson are, appropriately, electric-sounding, like "ZIPPITY-ZAPPITY-ZOOP!!!" or "CRACKLE!!!!!" Some are a little sassier: "The problem with being an electric eel these days is the constant requests to recharge people's phones. I have better things to do, people!"

The Tennessee Aquarium is planning to bring back the electric eel tree-lighting exhibit in future years. It's worth noting that several other aquariums have put up electric eel demonstrations like this for Christmas, too.

Hurt says the display aims to get people excited about the species at the aquarium. "We want people to be interested in these animals and interested in protecting the waters that they live in," she says.