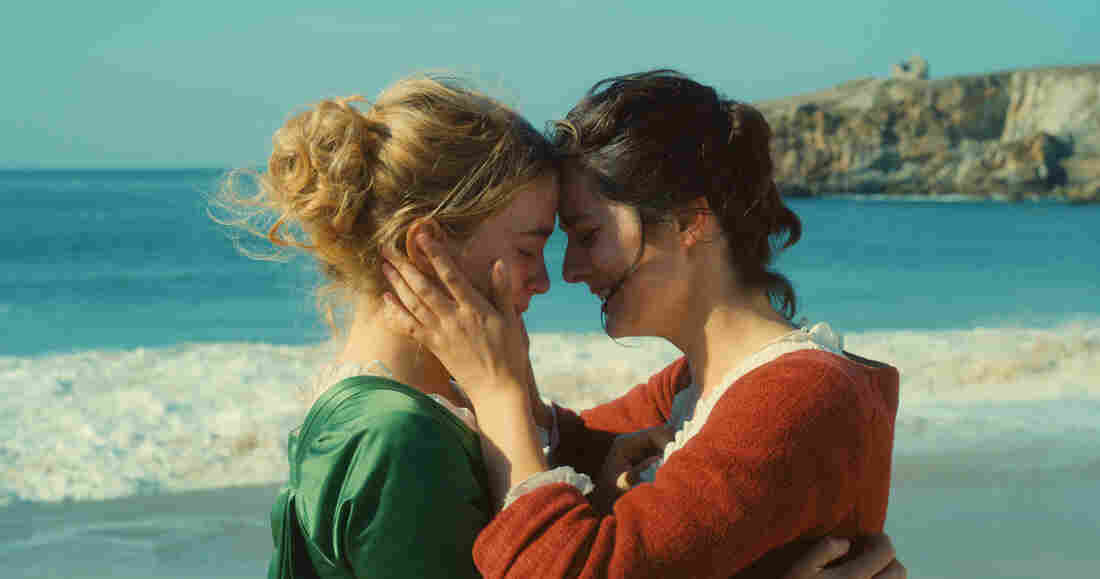 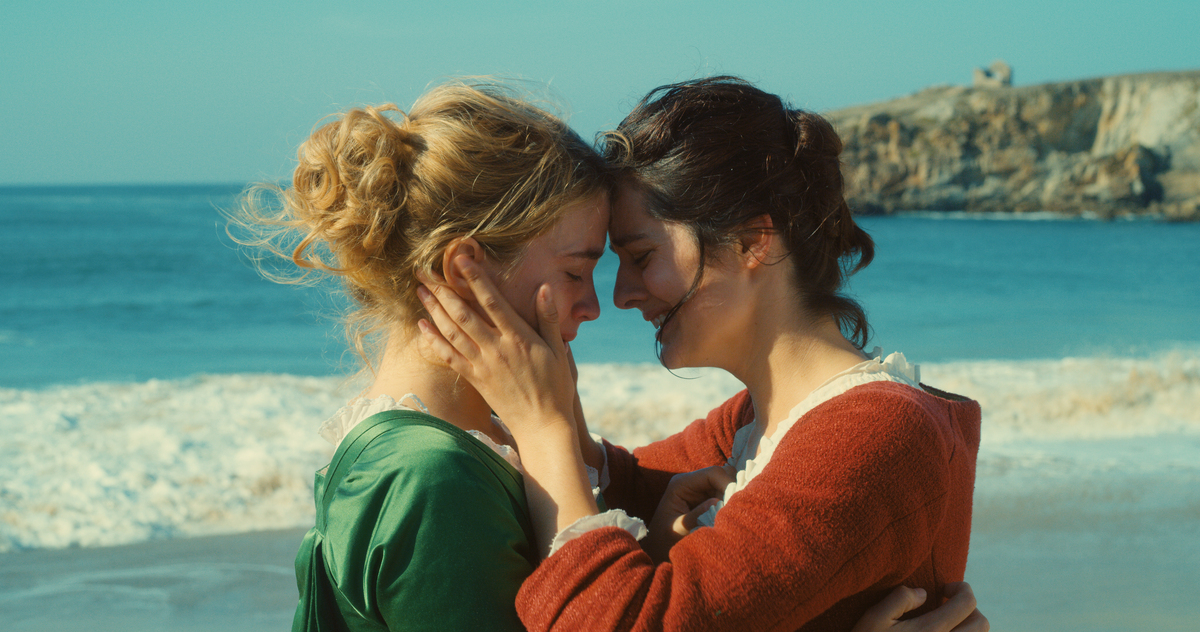 Winner of Best Screenplay at the Cannes Film Festival, Portrait of a Lady on Fire stars Adèle Haenel and Noémie Merlant.

The woman must not know that she is being painted. Her portrait is intended for some faraway suitor, and she refuses to pose for it, because sealing her likeness in a frame is the first step toward sealing her entire self inside a loveless marriage. And so the painter accompanies her subject on walks, gathering details of her face in furtive glimpses: the shape of her ears, the piercing stare of her eyes. Later, in secret, she will commit her memory of this face to the forbidden canvas — an act of love that isolates the lover.

Portrait of a Lady on Fire, the new costume drama from French writer-director Céline Sciamma, is the kind of richly intoxicating movie that compels you to talk like this. It's a relic out of time, creating a lush, erotic world out of glances and small movements; yet it's also very much of our time. The film is a love story between two women, but also between an artist and her subject/muse, and between the dreamer and the dreamed-of. Its distributor, Neon, is giving it a one-week limited release in New York and Los Angeles for awards contention, followed by a nationwide expansion for Valentine's Day 2020 — fitting, since the heroines of this story only get a few days together before being forced to go their separate ways.

Set at the end of the 18th century, Portrait captures the blossoming romance of the painter Marianne (Noémie Merlant) and a governess's daughter, Héloïse (BPM's Adèle Haenel), who has been promised to a mysterious "Milanese gentleman" upon completion of her portrait. Their relationship unfolds in private, on an island off the coast of Brittany, with nary another soul around: a world without men or rules, a life that cannot last. Despite their limited time together, which will end with Marianne's final brushstroke, Sciamma doesn't underline a sense of urgency. Instead, she has her leads walk through their cavernous house in echoing footsteps, bathed for the most part in candlelight. They speak slowly, deliberately. There's no musical score. When they stroll outside, the brightness of the water and sand briefly blinds us: the cinematographer, Claire Mathon, plays with this rich visual contrast like (OK, fine) a painter.

Initially, as in the best romances, the two women don't trust each other. Héloïse has a tragic family history and a perceived emotional volatility; she's already thwarted one man's attempt to paint her, leaving the head ghoulishly blank. Marianne reveals little of herself, although Merlant communicates the quietly assertive look of a professional hardened by her years in a male-dominated field. Their standoff fades by the film's triumphant midpoint: a chorale performance at a bonfire that fills the screen with new energy. It's a moment when modern style and sensibility breaks through, and Sciamma makes it alive with possibility. From that moment on, the women allow themselves to fall in love.

Both performances are haunting in that understated way that rarely wins awards; even their showdown over the reveal of the painting is quiet. But Haenel, incidentally Sciamma's former partner, has the showier role, giving her lines a halting sense of both discovery and dread. The character's entrance is the stuff of legend: shot from behind, hooded cloak obscuring her mop of blond hair, she sprints outside toward the cliff's edge. We already know her sister potentially committed suicide in the same way, so there's fear in the air. But when Haenel reaches the edge, she whirls around to face us, allowing the first proper glimpse of her face. Now we see Héloïse as Marianne sees her: someone to be both loved and captured at the same time.

In her filmmaking, with previous works like Water Lillies and Girlhood, Sciamma is committed to finding new ways of depicting femininity onscreen. Apart from a belabored analogy to the overused myth of Orpheus and Eurydice, she rarely missteps here—even a subplot in which the women help obtain an abortion for their young maid (Luàna Bajrami) unfolds with an eye for narrative detail instead of shouting. With the minimal, precise calibration of feeling you expect from novels and paintings, Portrait may try the patience of some viewers who prefer their romances steamier, or more prone to emotional outbursts. But Sciamma is doing a different kind of thing: she's using the subdued mechanics of period storytelling to tell a story that period would never have accepted.