Accessibility links
Review: High Fashion And Dark Comedy, 'In Fabric' Poor Sheila (Marianne Jean-Baptiste) just wanted a flattering dress at a good price. The fact that it came in 'Artery Red' should have been a tip-off.

'In Fabric': Darkly Comic Horror About A (Literally) Killer Dress

'In Fabric': Darkly Comic Horror About A (Literally) Killer Dress 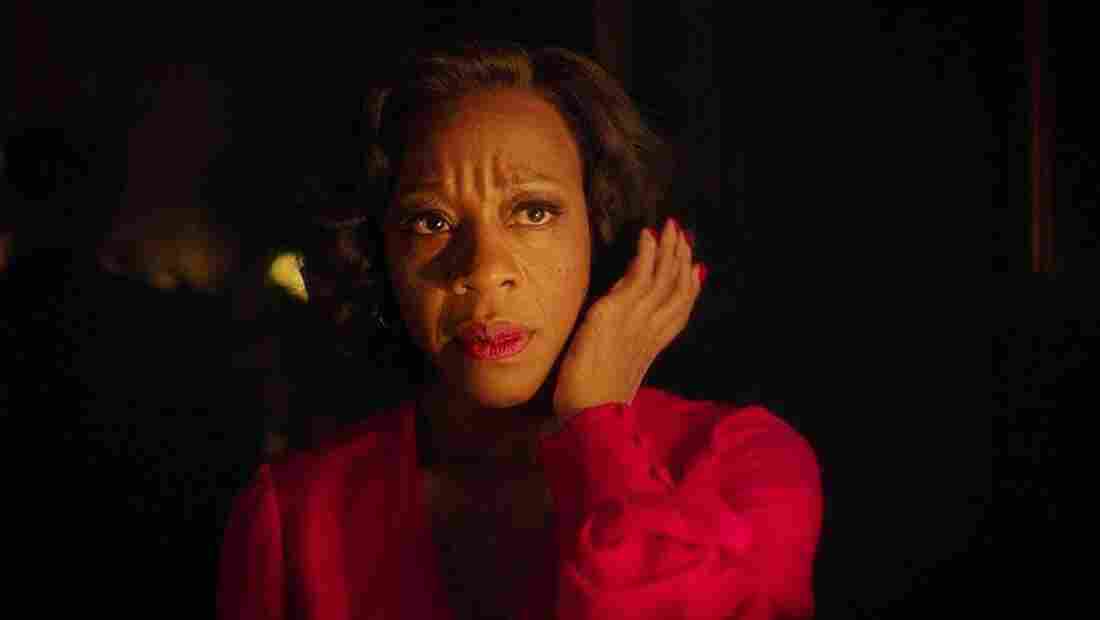 In Fabric stars Marianne Jean-Baptiste as Shelia who falls prey to a killer deal on a killer dress. A24 hide caption 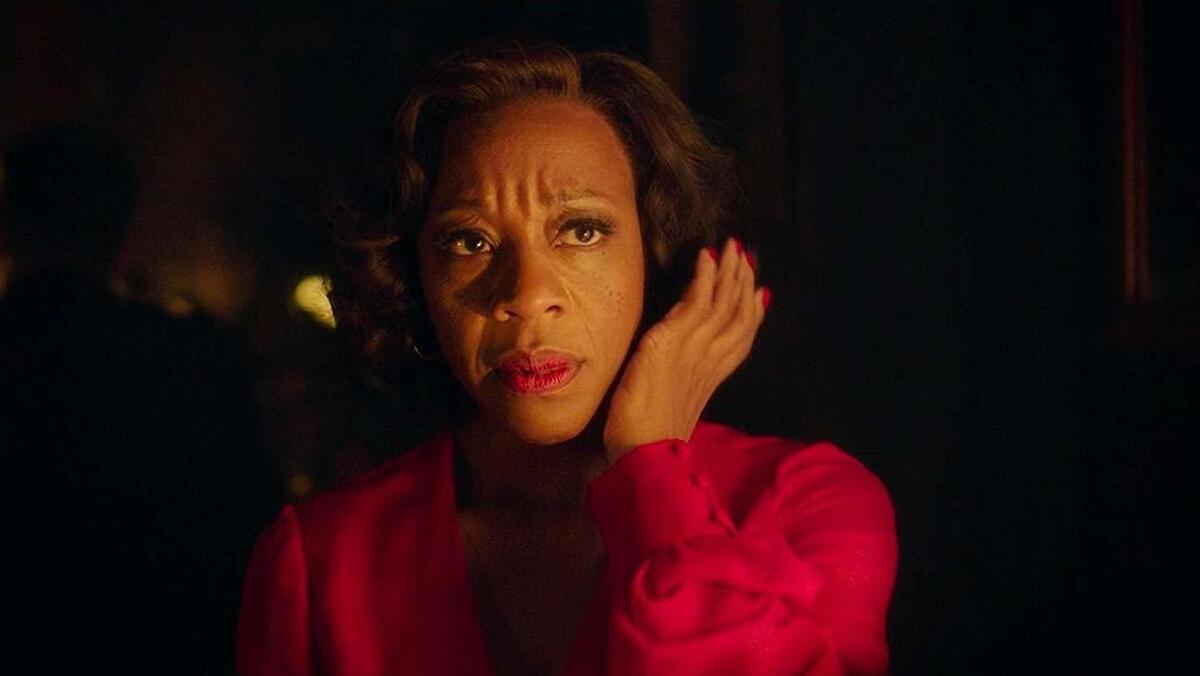 In Fabric stars Marianne Jean-Baptiste as Shelia who falls prey to a killer deal on a killer dress.

As Black Friday/Cyber Monday impulse-buys start piling up on our doorsteps, Peter Strickland's new film In Fabric hits a nerve: Everyone loves a great sale, after all, just as everyone rankles at overly strict return policies.

Especially if the item in question is a dress that's out to kill you.

Sheila, played by Marianne Jean-Baptiste, falls prey to a great winter sales rack. It's a pity that the flowy A-line red dress she purchases is haunted by a coven of macabre sales clerks led by Miss Luckmoore (Fatma Mohamed) — but what can one expect of a dress purchased at 60% off retail? That said, it does come in 'Artery Red.'

Unlike the trusty denim that brings friends together in Sisterhood of the Traveling Pants, In Fabric's little dress makes everyone look great in a size 36 and quickly erodes the wearer's life from the outside-in. Director and writer Peter Strickland sets the film in the golden age of department stores, an era that feels at once familiar and distant from today's digital spending habits.

What, you may ask, prompts the purchase of a killer dress, beyond a love for a great deal? The recently divorced Sheila is putting herself back out there, going on a first date with Adonis (Anthony Adjekum) — who is not all what his name implies. Bad luck follows Sheila: a mysterious rash, an imploding washing machine, and constant undermining from both her superiors at the bank and her son's girlfriend, played by Gwendoline Christie in a harsh black wig. Jean-Baptiste grounds the movie in a world filled with the farcical, the gory and the hypersexualized.

The most farcical, gory and hypersexualized stuff is found within the department store, Dentley & Soper. A coven clothed in black petticoats beckons the masses with foreboding capitalist prose, semi-clad mannequins and last season's wares. Outside of normal business hours, they also practice sex-rituals involving the red dress.

The film balances the gruesome and sexual with imagery of comical eeriness: the dress slinking around the floor, or billowing in the moonlit stairway. When Sheila takes it home, the dress rattles on its hangers; she cowers in her bed. In Strickland's hands, even the very ridiculous can exude a strong sense of suspense.

Sheila's micromanaging bank bosses Clive and Stash (Steve Oram and Julian Barratt) take delight in critiquing various aspects of work hierarchy and handshake firmness. In every facet of Sheila's life, something constantly strives to alter or reshape her.

As he did in his previous films The Duke of Burgundy and Berberian Sound Studio, Strickland suffuses In Fabric with intense whispers and a celebration of the beautifully twisted. This time, he offers a sharply eccentric take on consumerism shot through with black comedy — and blood.