Accessibility links
Despite The Job Boom, More Men Are Giving Up On Work The long economic recovery has brought unemployment to historic lows. But the number of men in the labor force during their prime working age has dropped significantly over the past 50 years. 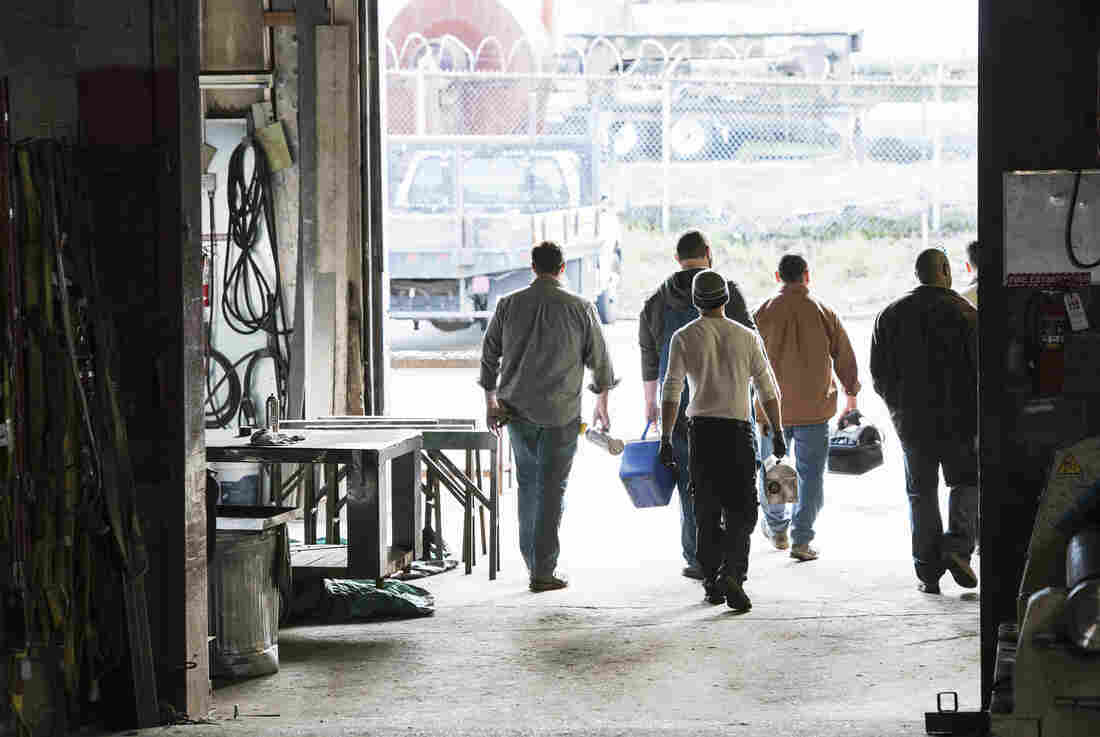 The long economic recovery has brought unemployment to historic lows. But the number of men in the labor force during their prime working age has dropped significantly over the past 50 years. Jetta Productions Inc./Getty Images hide caption 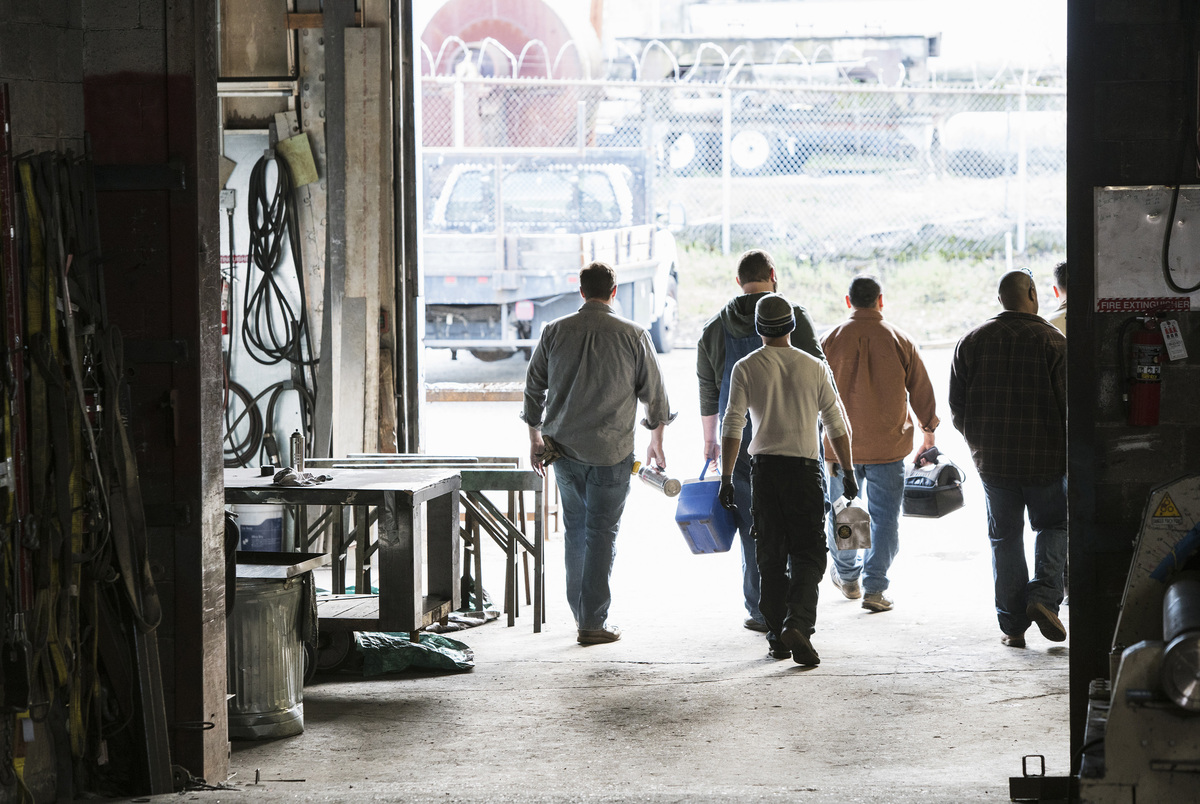 The long economic recovery has brought unemployment to historic lows. But the number of men in the labor force during their prime working age has dropped significantly over the past 50 years.

David Pierce was never someone who sat around watching life go by. He worked as a chef and had a catering business on the side. He sang in his church choir and did community theater, where he met his wife.

Then, in his mid-50s, doctors removed part of Pierce's foot, a complication of diabetes.

"My health just went, kind of really downhill. It really took a turn for the worse," says Pierce, sitting at his dining room table in his tidy home in Apalachin, N.Y. "I couldn't maintain even a part-time schedule."

A year ago, he went on disability, joining the large army of men who have left the workforce for good.

While the job market has rebounded nicely since the Great Recession, one segment of the population hasn't shared in the recovery. Men between the ages of 25 and 54 are still less likely to be working than they once were, says Melissa Kearney, an economics professor at the University of Maryland.

In 1968, about 95% of men in their prime working years held jobs. The number has fallen to just 86%, even though today's job market is ultra-tight. 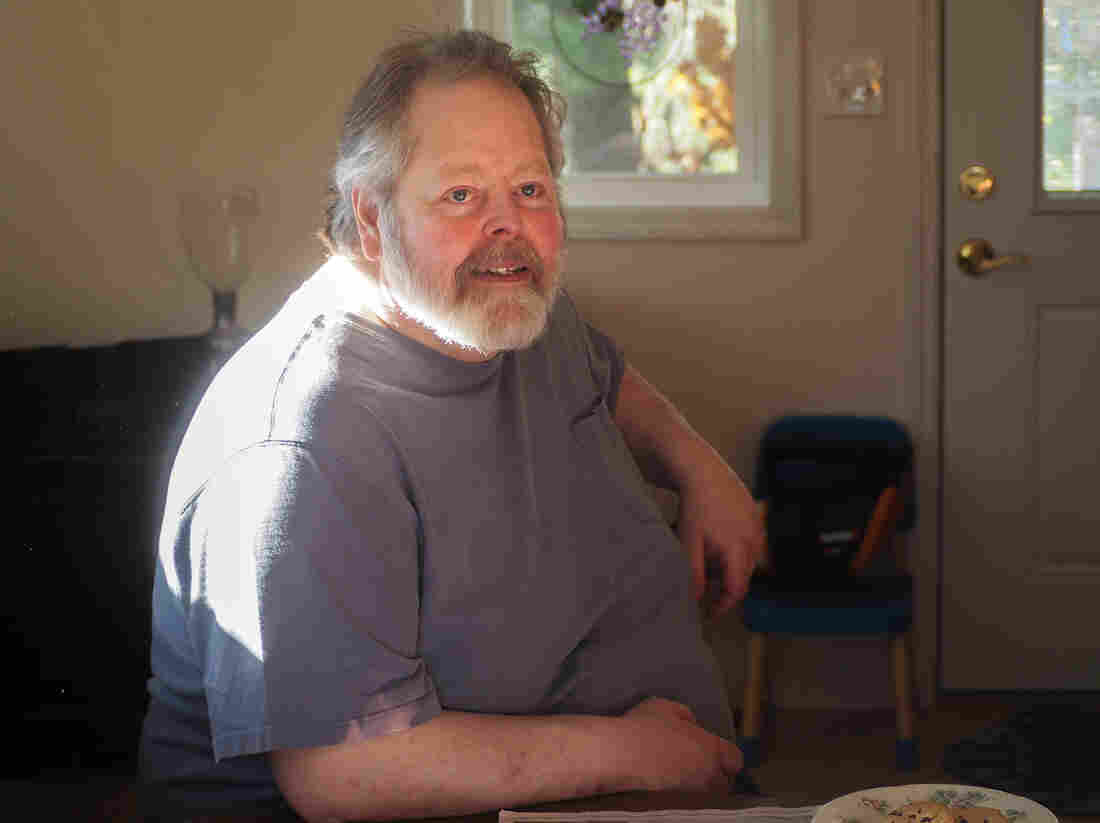 David Pierce of Apalachin, N.Y., went on disability a year ago, joining the large army of men who have left the workforce for good. Jim Zarroli/NPR hide caption 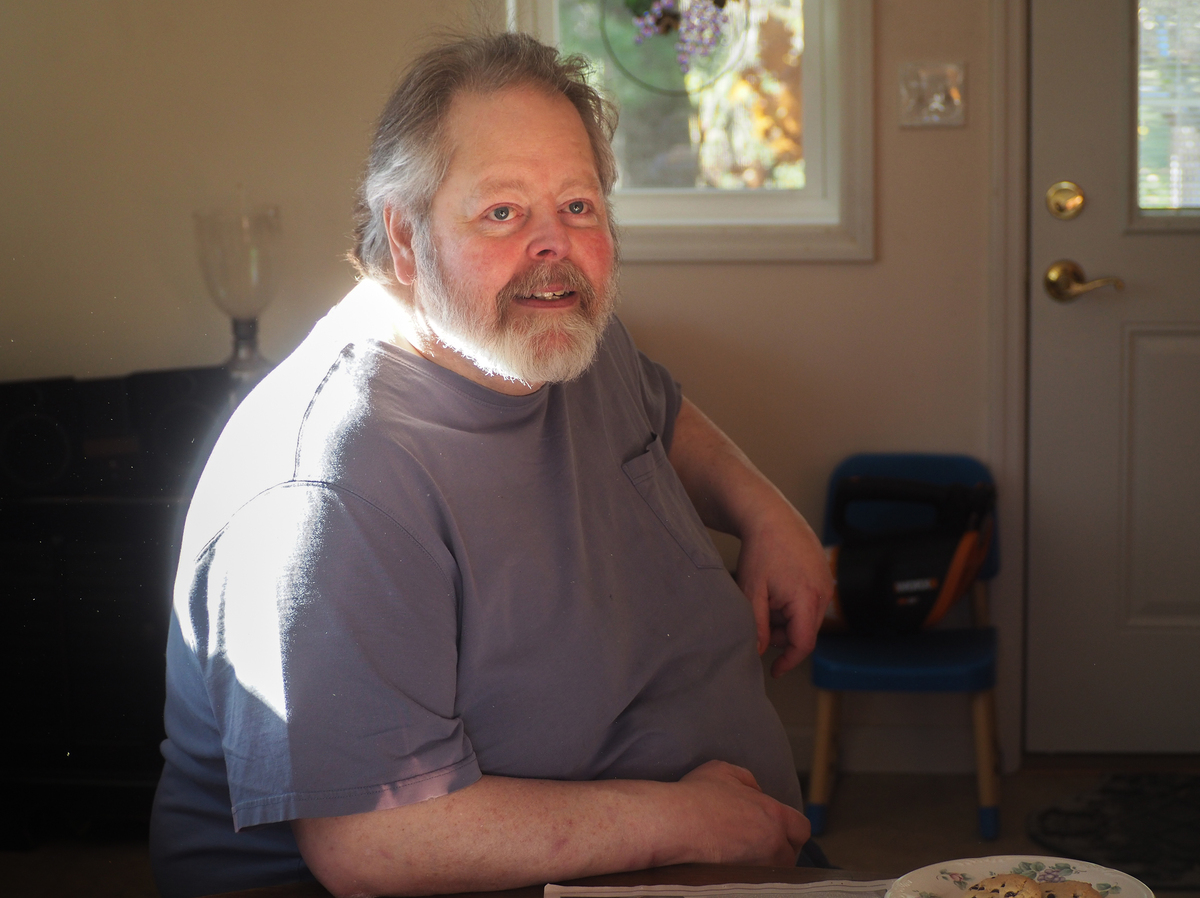 David Pierce of Apalachin, N.Y., went on disability a year ago, joining the large army of men who have left the workforce for good.

Kearney says the recovery and employment growth in the past five years are very encouraging. But, she says, "I still see a lot of data that suggests we have structural challenges, and we need to be doing more to try and draw more prime-age workers back into the workforce."

The decline in male workers is concentrated almost entirely among men with high school diplomas or less, or even a bit of college, she says. At one time, men of all educational levels were equally likely to be working; today, a huge gap has opened up, with many more college graduates holding jobs.

"They're competing now with low-wage workers around the globe, and that's depressed domestic demand for their skills in the workforce," she says.

Jonathan DeMarco lost his job at a metal fabricating plant in upstate New York in 2006. He does odd jobs when he finds them, but he hasn't had full-time work ever since.

DeMarco still looks for work, but with his dyslexia, he doesn't read or write well and has trouble persuading employers to hire him, he says.

"It's just hard out there for people like myself to get a job," he says.

He refuses to accept any government assistance, and, like many men in his situation, survives largely because his wife works, at a local factory. But her health isn't good, he says.

"She was out of work ... for four or five months. That put us way behind in the bills," he says.

In rural Schoharie County, where DeMarco lives, the unemployment rate is a very low 3.8%. But a lot of men don't show up in the government's numbers because they aren't looking for work anymore, says Gail Breen, executive director of the local workforce development board.

"There are a lot of hidden people in those numbers that don't have jobs," she says. They are "people who have pretty much just given up."

Some suffer from health problems or drug abuse, or just lack the skills needed for today's workforce, she says.

In rural areas, where public transportation is rare, simply finding a way to get to work can be a challenge.

Frank Altieri, who lives in the upstate New York town of Owego, served time in prison on an assault charge and hasn't worked full time since getting out four years ago. At 40, he has come close to finding work sometimes, but without a car his options are limited, he says.

Altieri points out that if he works full time, he and his wife risk losing their disability check and food stamps, so if he takes a job that doesn't pay well, he won't come out ahead.

"I am looking for work, but with my SSI they can actually cut me off, under a certain amount," he says.

At one time, men like Altieri could find work by moving to cities, where they'd make more money. But these days, a high school graduate in New York City or Boston doesn't make much more than someone in a rural area, and costs in the city are a lot higher, says Kearney, the economics professor.

"The wage premium for cities that everyone used to get, even that's disappeared for the non-college-educated," she says.

Since quitting his job, money has been tight for Pierce. His wife, Lonna, a retired school librarian, went back to work temporarily this year.

The Pierces are selling a rental property because they need the money and because Pierce no longer has the energy for upkeep. He and his wife don't travel or go out as much as they once did.

"He's changed a lot," Lonna Pierce says. "We can't do what we did together. That's the thing that makes it harder. And of course it's wearing on a marriage when you're not doing things together. And that's sad. Obviously, that's why you get married. You want to have a partner."

Being without work has taken another toll on Pierce: He has trouble sleeping.

"My career was my identity, who I am," he says. "And to lose that really affected me and created an added layer of depression. I no longer could identify as the guy that was a wonder with food.

"I could whip up all sorts of meals and stuff, and today, if I do one I'm lucky. Just making lunch or breakfast can zap me for the day. That was a real hardship for me."