Accessibility links
#DemsSoWhite? Kamala Harris' Exit Raises Hard Questions About Race And Power The Democratic Party faces the prospect of a debate in two weeks with only white candidates onstage. Earlier, they had the most diverse presidential candidate field in history. 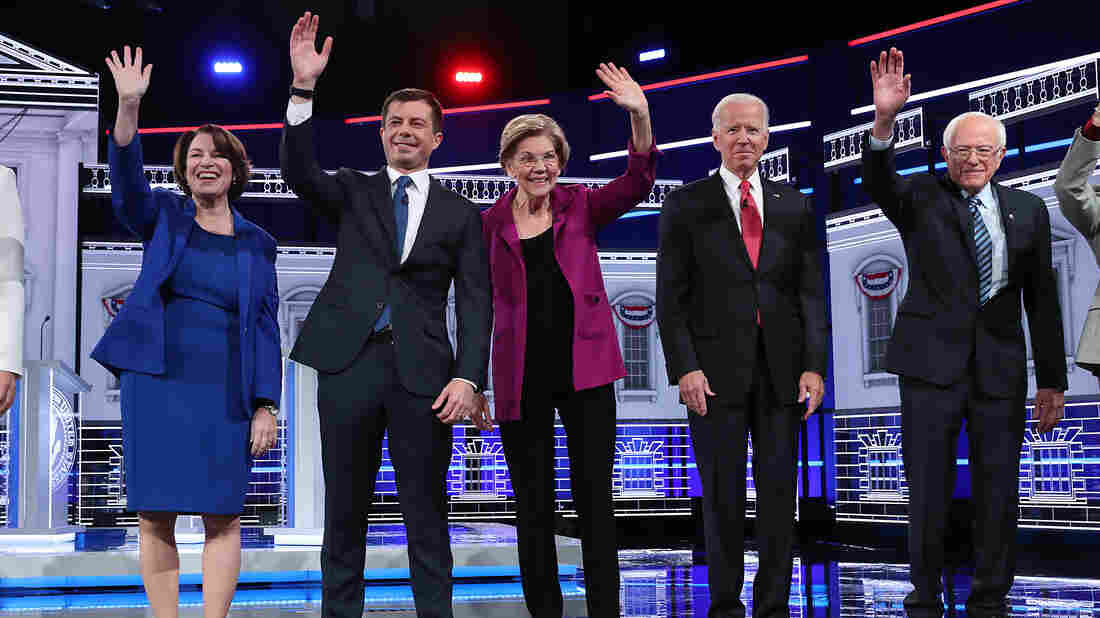 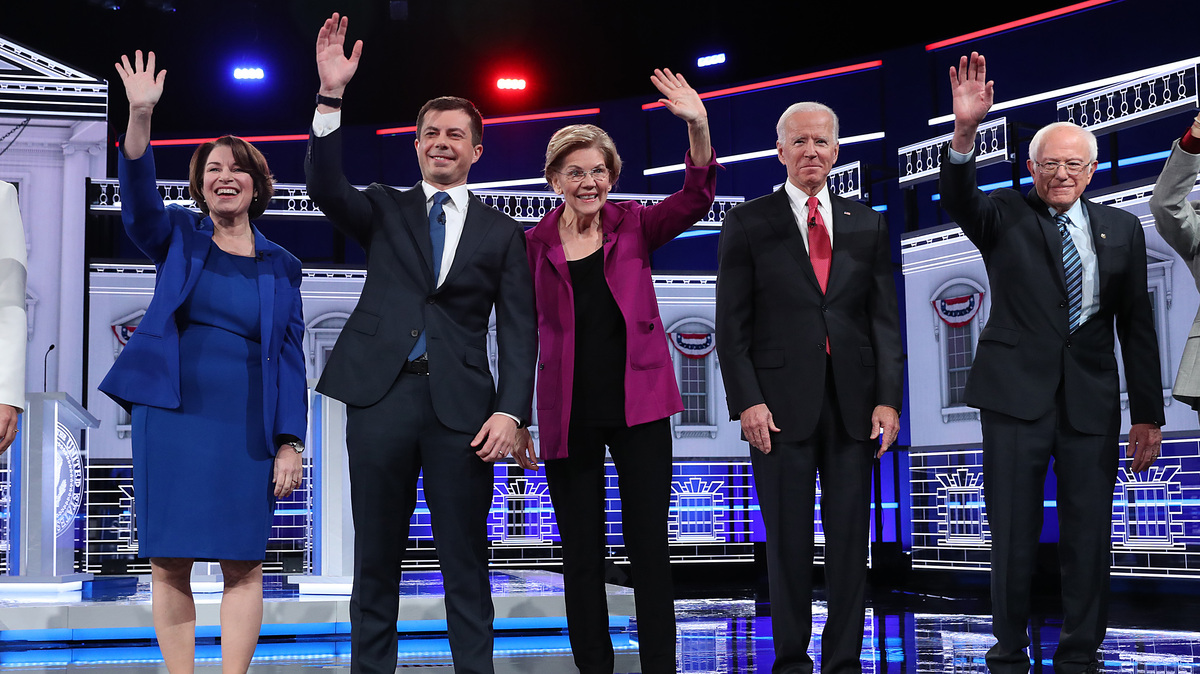 When news broke that California Sen. Kamala Harris was dropping out of the presidential race on Tuesday, some fellow Democratic candidates quickly began ringing alarm bells. Harris was the only nonwhite candidate to have qualified for the next presidential debate on Dec. 19.

"What we're staring at is a DNC debate stage in a few days with no people of color on it, that does not reflect the diversity of our party or our country," former Housing Secretary Julián Castro said. "We need to do better than that."

Sen. Cory Booker tweeted: "There are more billionaires than Black people who've made the December debate stage — that's a problem."

And using hashtags #DemsSoWhite and #DebateSoWhite, people criticized the Democratic National Committee for its qualification criteria that resulted in what will very likely be an all-white stage later this month.

The DNC has no plans to revise the rules ahead of the debate. But the message tapped into deeper Democratic voter concern, guilt, whatever you may call it. And it resonated. Castro's campaign says it raised more money on Tuesday than on any other day in the past four months.

Others also warned that an all-white stage would send a dangerous sign to a party that relies on diverse voters to win elections, particularly since the 2020 primary campaign has had the most diverse field of candidates in history.

"My biggest concern is if you have an all-white stage, it becomes a self-fulfilling prophecy that you have white candidates at the top of the ticket," said Aimee Allison, leader of the group She The People, which works to elevate the political power of minority women. "And in 2016 we saw what an all-white ticket's limitations were."

Allison's theory is that diversity in 2016 could have energized more black voters, and higher black turnout could have resulted in a Democratic victory.

The tricky part of that equation is that it doesn't mesh with current 2020 polling.

"Voters of color are supporting, you know, white, male, straight, older candidates," said Neera Tanden, president of the Center for American Progress, a liberal think tank. "I think a lot of voters of color feel particularly targeted by Trump and feel that white candidates might be safer to take him on."

In Tanden's view, minority voters are being pragmatic with those choices.

"Voters of color are anxious about white voters voting for a person of color for a general election. I think there is a lack of trust," Tanden said, arguing that Trump exploits racial divisions.

Reporting and polling have shown that Democratic voters are preoccupied with finding the candidate best positioned to beat Trump. Biden and Sanders both seem to do well in hypothetical head-to-head matchups with the president.

But some activists say this idea of "electability" is a mythical trait.

"When we think about electability, people go to their images of who's held power and who's held authority in our society before," said Leah Greenberg, co-founder of Indivisible. "And the way that our society is structured, that's disproportionately white men."

When the campaign season first started, there was an assumption that high-profile black candidates like Harris or Booker benefited by following in Barack Obama's footsteps.

"Obama had an easier political climate to operate in," said Andra Gillespie, a political scientist at Emory University, challenging that notion. "He didn't talk about race because he needed to put a multiracial coalition together. And that's a classic deracialized strategy."

Gillespie says trying to run while downplaying race won't work in 2019, in part because of Trump.

"Also, there are young, vocal African Americans who are not content with people not talking about race," she added.

At times, Harris' record as a prosecutor in California was criticized severely by young black voters who, fairly or not, blamed her for the high incarceration rates of black and brown men.

Gillespie says Harris' campaign ended for a lot of reasons, and the role of racism is hard to pin down. As are the affirmative motivations of many voters.

"Voters of color pick candidates for reasons other than they share a racial or ethnic background with them," Gillespie said.

That makes it all the more complicated to figure out why candidates of color aren't doing better in the primaries and what that might mean for Democrats in a general election.