Accessibility links
Uber Received Nearly 6,000 U.S. Sexual Assault Claims In Past 2 Years A new report from Uber, covering 2017 and 2018, says the claims range from unwanted touching and kissing to rape. Also, 19 people were killed in physical assaults during or soon after an Uber ride. 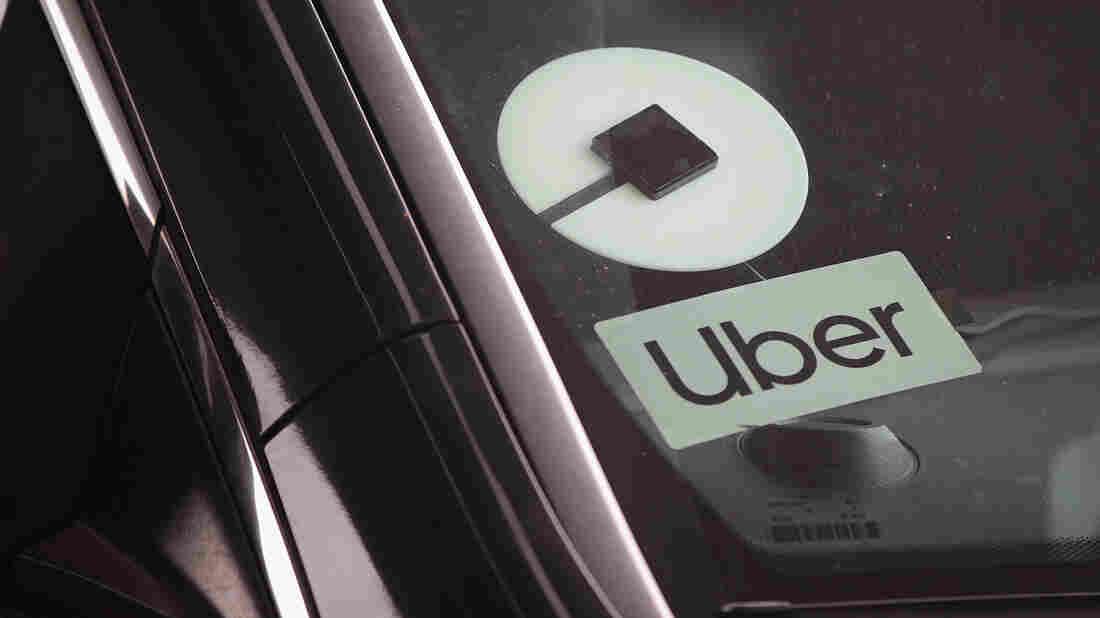 Uber received a total of 5,981 allegations of serious sexual assault in the U.S. in 2017 and 2018, according to a new report. The claims range from unwanted touching and kissing to rape. Scott Olson/Getty Images hide caption 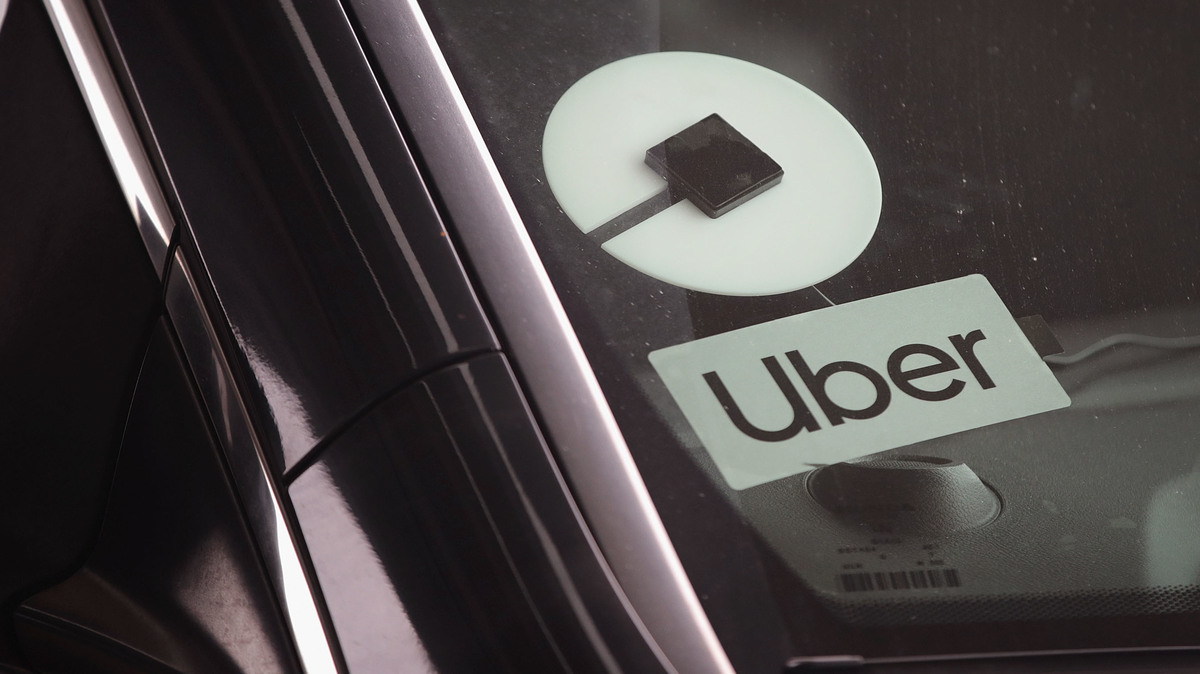 Uber received a total of 5,981 allegations of serious sexual assault in the U.S. in 2017 and 2018, according to a new report. The claims range from unwanted touching and kissing to rape.

How safe is your Uber ride? That question has dogged the company for years, as it has faced complaints from passengers and drivers alleging they have been sexually assaulted in an Uber.

Now Uber is revealing the scale of those complaints for the first time.

The company received 5,981 allegations of serious sexual assault in the U.S. over two years, according to a new report covering 2017 and 2018. The claims range from unwanted touching and kissing to rape.

The U.S.-only report also covers deaths involving Uber rides. During those two years, 107 people died in crashes involving Uber cars, and 19 people were killed in physical assaults during or soon after an Uber ride.

As troubling as those statistics are, the incidents they capture are rare. People in the U.S. took 2.3 billion rides using Uber in those two years. For 99.9% of those trips, no safety incident was reported, while 0.1% had some sort of complaint. But the serious safety problems detailed in the report were even more uncommon.

"At the scale that Uber operates, we're going to see both the good and the bad that happens in society because we're operating so many trips every single day," said Tony West, Uber's chief legal officer.

"One of the unfortunate but sad truths is that sexual assault, sexual violence is far more prevalent in American society than a lot of people recognize," he said. "That exists in companies, it exists in classrooms, it exists on university campuses and homes. Uber's not immune to that."

The report is a window into a long-standing problem for ride-hailing companies — not just Uber, but competitors around the world, including Lyft in the U.S., Didi in China and Ola in India. The apps have come under intense scrutiny for how they screen drivers, handle complaints and remove offenders from their platforms.

The report counts car crashes and physical assaults that resulted in a death, but not those that resulted in injuries — likely far larger numbers. The company says it will release updated figures every two years.

The rate of serious sexual assault incidents per ride went down in every category between 2017 and 2018. For example, the average rate of sexual assault reports across the five categories fell 16% from one year to the next.

"I feel comfortable that Uber is a very safe mode of transportation. And I think the data in this report actually indicates that as well," West said.

But Uber also warned that rates could go up in the years to come if more people are encouraged to report sexual assault. Reporting rates for sexual violence and misconduct are notoriously low.

The sexual assault numbers in Uber's report cover a wide range of allegations. Some of the claims ended up being investigated by police and criminally prosecuted. In other cases, Uber was unable to reach the person who reported the assault for more information.

The victims were both riders and drivers. In fact, passengers were accused of sexual assault in nearly half the reports.

The most frequent reports were of unwanted touching of sexual body parts — the mouth, breasts, buttocks or genitals. Uber received 1,440 such reports in 2017 and 1,560 in 2018.

The company received 235 reports of nonconsensual sexual penetration — rape — last year and 229 such reports the year before.

Among the 19 deaths from physical assault, Uber did not break down who committed the assaults. Eight victims were riders, seven were Uber drivers and four were third parties, such as people outside the cars.

Uber considers a fatal assault as related to Uber if it involved at least one person using the app — either a rider or driver — or if it involved people paired by the Uber app and took place within 48 hours of the ride.

Is Uber more or less safe than a taxi?

A question the report does not answer is how Uber's safety record compares with other forms of transportation.

There are no national statistics for how many sexual assaults or deaths happen in U.S. taxis each year.

Taxis are typically regulated by individual cities, and most police departments do not track whether sexual assaults involve a particular company or type of work, said John Boit, executive vice president of the Transportation Alliance, a trade group that represents taxi and limousine companies.

The data that are available are hard to compare directly with Uber's report. San Francisco's transportation regulator tracks complaints about taxis, mainly through the city's 311 hotline. In 2017, for example, San Francisco received 14 reports of violence or physical altercations and four reports of accidents involving injury.

But the city does not separate out sexual assault complaints. And without knowing the total number of rides taken in San Francisco taxis in that year, it is impossible to calculate how often such incidents occur.

As for the 107 people killed in crashes involving an Uber vehicle in the two years covered by the report, that compares with 74,033 people in total killed in crashes on U.S. roads during that period, according to the National Highway Traffic Safety Administration.

Uber's fatality rate per mile driven was about half the national rate, according to the NHTSA, in each year of the report.

In the past two years, Uber has introduced a number of safety features, including a "panic button" in its app that connects passengers and drivers to emergency services, using sensors in drivers' smartphones to detect possible crashes and performing continuous background checks of drivers.

It is considering additional safety measures, including recording rides with audio or video and sharing with other ride-hailing companies the names of drivers who have been banned from its app for serious safety violations.

These newest proposals raise questions about how Uber will balance the safety of passengers and drivers with their rights to privacy.

Sharing the names of banned drivers could help prevent a driver banned for groping, for example, from simply switching over to driving for rival Lyft.

"We're committed to doing that in a way that's fair and that is compliant with the law," West said. "But we think it is important that if someone is not deemed to be safe on our platform that that information is shared with others."

The company already shares this information in Chicago, where local law requires ride-hailing apps to notify city officials when they ban a driver for reasons including complaints of sexual misconduct and physical assault. The city then passes those names on to other ride-hailing companies.

That could flag drivers who behave unsafely or inappropriately, even if their behavior does not violate the law. Allegations may not be corroborated the way they would be in a criminal case, however, and it is unclear how much information another company would require to ban a driver for behavior conducted while using a different app.

Uber is also testing audio recording in some cities in Latin America and video recording in Texas. It allows either drivers or passengers to initiate recordings. They can choose to send the file to Uber but cannot access or save it for themselves.

Many critics have pushed for Uber to require cameras in cars.

"Having a dashboard camera for these rides would, I think, prevent a substantial portion of the assaults from happening," said Rachel Abrams, a lawyer in San Francisco whose firm represents victims of sexual assault on ride-hailing apps.

But rolling out such recordings more widely will require navigating privacy and notification laws that differ across states and countries.

Uber is the first ride-hailing company to publicly release its safety data. Lyft has also said it is working on a report.

In the meantime, victims of sexual assault are taking their claims against Uber and Lyft to court. This week, 20 people filed a new lawsuit against Lyft in San Francisco, accusing the company of putting them in danger.