Accessibility links
GM And LG Chem Plan $2.3 Billion Electric Battery Venture In Ohio The two companies expect to create more than 1,100 jobs in northeast Ohio. The new plant will be built near GM's Lordstown facility that was shuttered earlier this year. 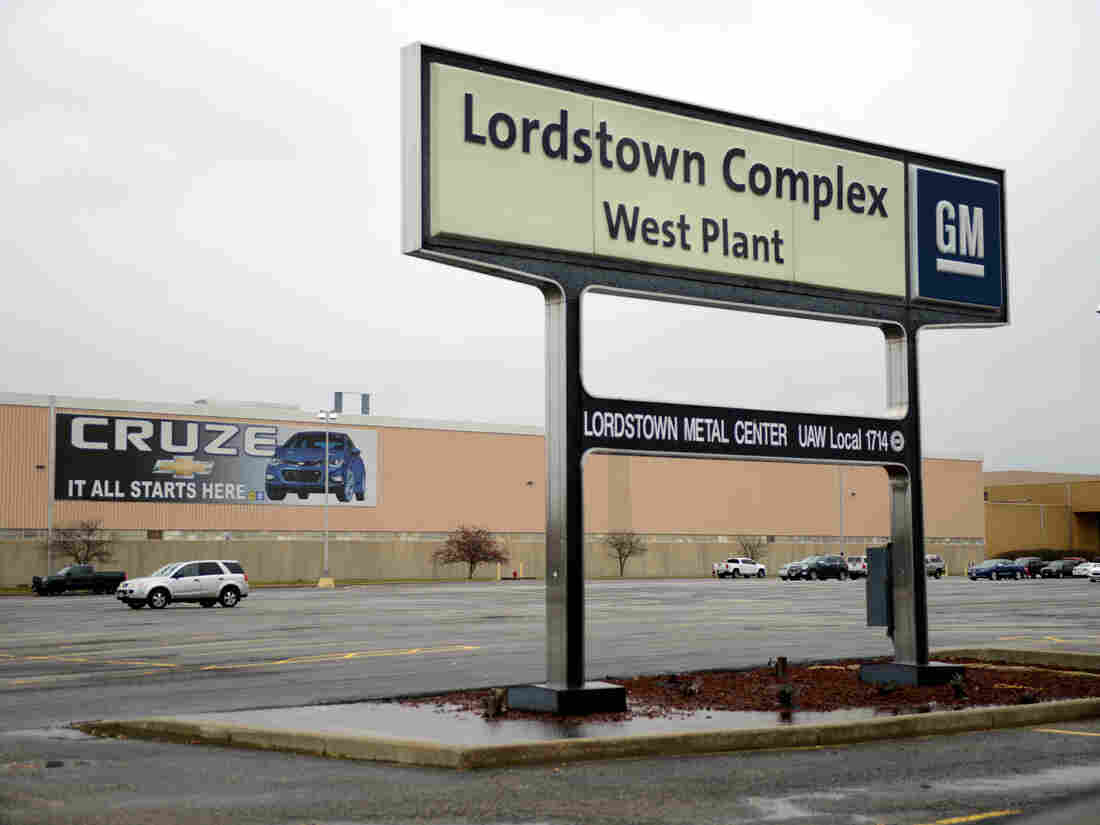 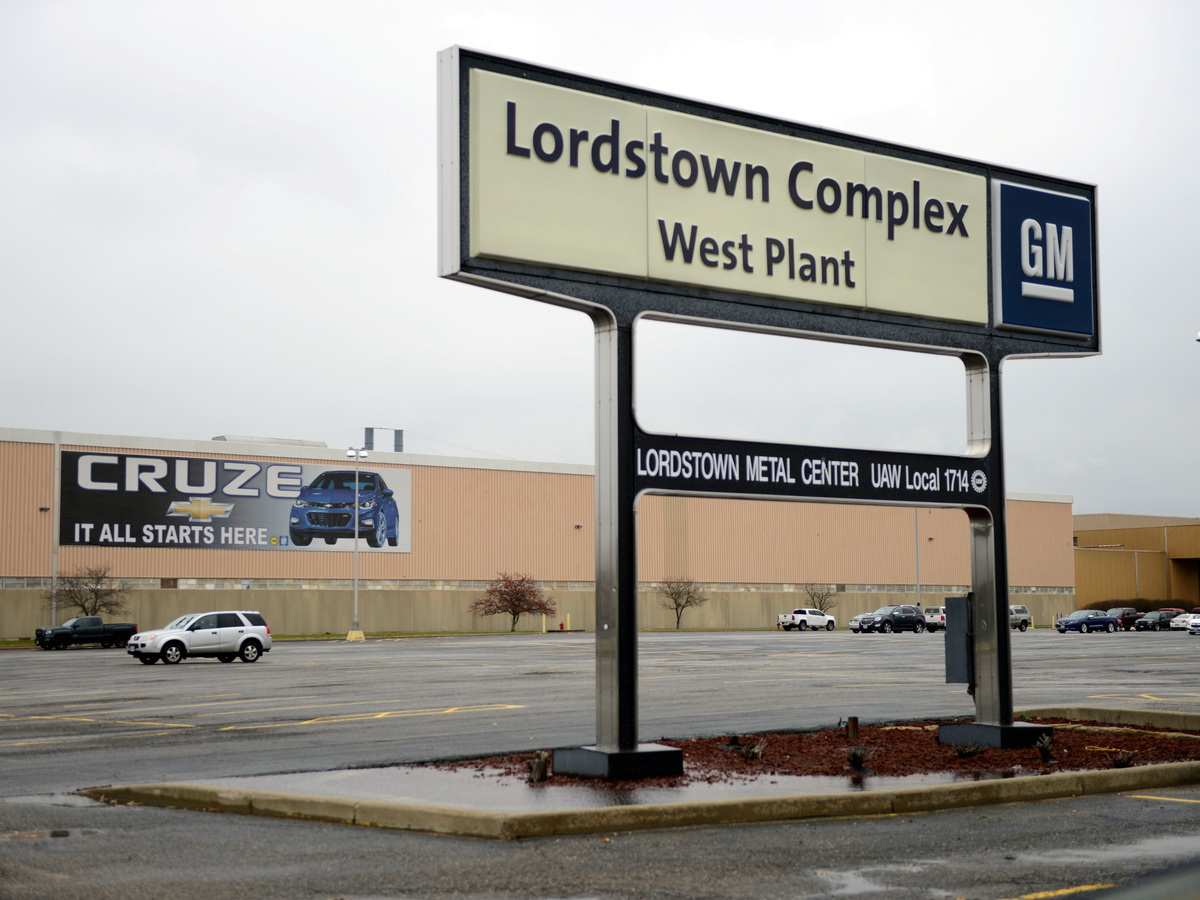 GM and LG Chem say they'll create more than 1,100 jobs in the area around Lordstown, Ohio — where GM closed a manufacturing plant earlier this year. Here, GM's former Lordstown Complex is seen one year ago.

General Motors and LG Chemical plan to make battery cells for electric-powered vehicles, unveiling a joint venture that they expect to create more than 1,100 jobs in northeast Ohio. The companies say they'll invest up to $2.3 billion in the venture.

The project is centered around Lordstown, Ohio, where GM shuttered a plant last March that had produced the Chevrolet Cruze. The new plant in the Lordstown area will make battery cells for GM's upcoming all-electric vehicles, from a Cadillac sedan to a new electric truck that's slated for release in late 2021.

The new venture will pair GM's manufacturing know-how with LG Chem's battery-cell technology, says GM Chairman and CEO Mary Barra. Construction on the facility will begin in the summer of 2020, the companies say.

In a news release about the upcoming facility, Barra says the investment means "Ohio and its highly capable workforce will play a key role in our journey toward a world with zero emissions."

The pending Lordstown plant could bring the promise of relief to the 1,600 workers who watched their assembly plant get shut down. As member station WKSU has reported, many of those workers have been forced to transfer to plants in Kentucky and Indiana.

GM and LG Chem hope to cut the costs of producing batteries for electric vehicles – a goal shared by many carmakers that are trying to make hybrid and plug-in vehicles more affordable to attract more buyers.

In each of the first six months of 2019, U.S. sales of electric plug-in vehicles rose compared to the previous year, according to the industry site InsideEVs. The website's sales tally from 2018 shows that U.S. consumers bought 361,307 plug-in vehicles in the U.S. – a small fraction of the 17.215 million light vehicles that Wards Automotive says were sold in the U.S. last year.