Accessibility links
Christmas Tree In London Criticized For Sparse Appearance Every year, a Norwegian city gives London a Christmas tree in gratitude for British aid during World War II. However, many are not impressed with this year's present. 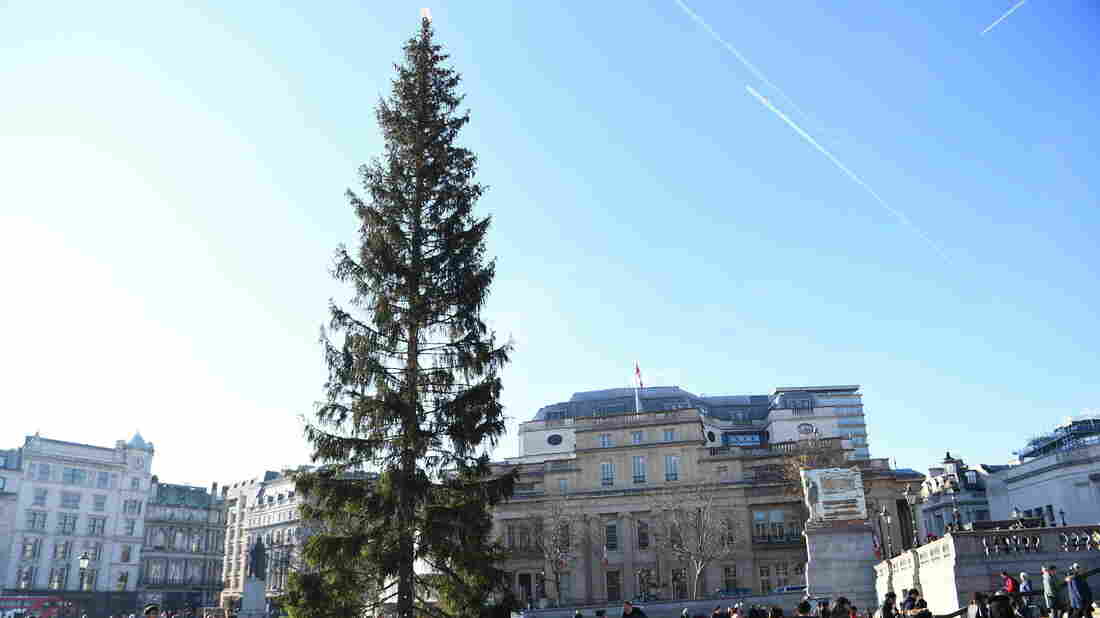 A Norwegian spruce stands at the center of London's Trafalgar Square on Wednesday. Many are calling this year's tree — a gift from Oslo — meager and sparse. Victoria Jones/AP hide caption 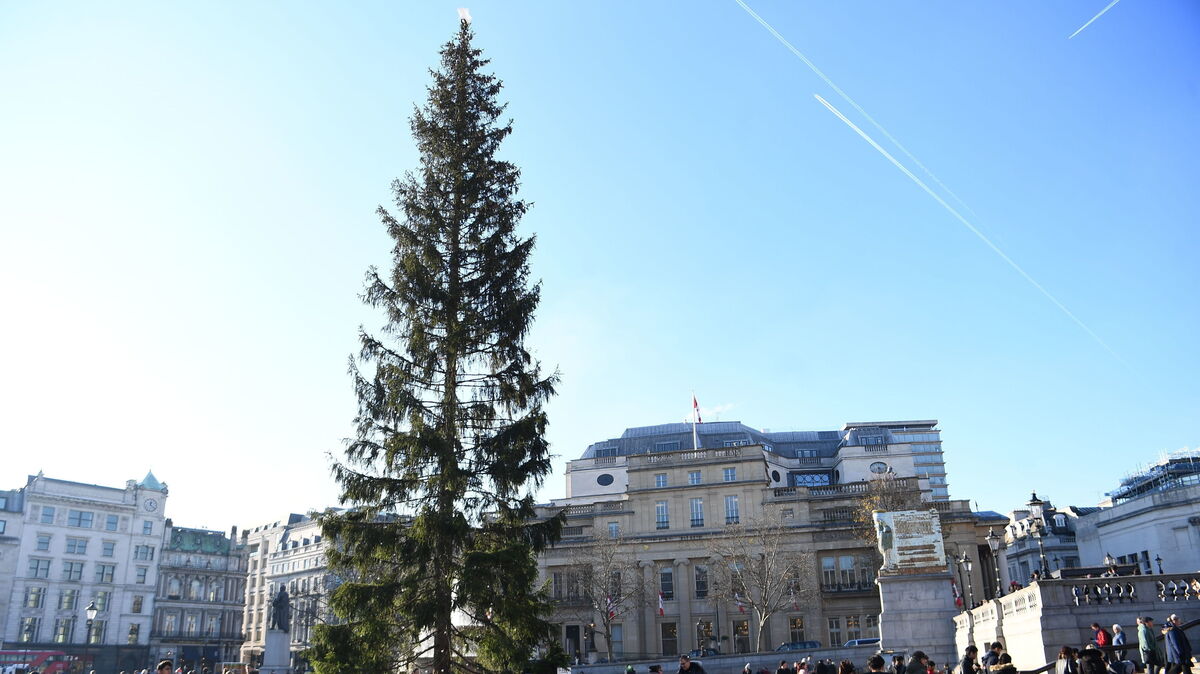 A Norwegian spruce stands at the center of London's Trafalgar Square on Wednesday. Many are calling this year's tree — a gift from Oslo — meager and sparse.

Those are the lyrics to a popular Christmas carol about a tree so wondrous it roused musicians to write an entire song about its green boughs and unchanging leaves. But this year, one London Christmas tree isn't exactly inspiring people to burst into holiday carols.

The Norwegian city of Oslo has given a Christmas tree to decorate Trafalgar Square in Central London since 1947 and it is a popular attraction during the holiday season. City officials call the usually majestic specimen Britain's "most famous Christmas tree."

However, the spruce that was erected this week disappointed onlookers who described it as sparse, anemic and sad. One person asked the tree's Twitter account, "Is that a joke?"

The state of the Christmas tree in Trafalgar Square this year.... most anaemic tree possible pic.twitter.com/HqbR2NAmCh

This year, the 90-year-old tree stands about 80 feet tall, according to its official Twitter. From certain angles, it looks like a normal Christmas spruce; in other angles, it looks droopy and uneven on one side, almost as if a painter gave up halfway through a painting. The branches point in different directions, many of them sprouting needles in inconsistent patches.

Several have joked that the state of the tree mirrors budget cuts and Brexit complications. One person wondered what his country had done to deserve such a tree.

"Not sure what we did to upset the Norwegians but they seem to have saved their best and bushiest trees for everyone else," Calum Mulligan tweeted.

Feedback hasn't been completely negative. Some chose to look on the brighter side and complimented the tree.

"The @trafalgartree looks lovely in my humble opinion and will look even more magical once the lights are switched on tomorrow night," Farooq Mulla tweeted Wednesday.

tree on! @trafalgartree lit up with norwegian song and @PoetrySociety poems. i love this event. pic.twitter.com/JTrIsSXlJN

Supporters have also reminded naysayers of what the tree is meant to symbolize. During World War II, the Norwegian king and his family fled to the United Kingdom after Nazi Germany invaded their country.

"The Trafalgar Square Christmas Tree is a gift from the Norwegian people as a thank you for London's aid during WW2 against tyranny. They have continued to send a tree as a symbol of our enduring friendship," officials said.

Now, representatives from Oslo and London meet yearly in a Norwegian forest to celebrate their relationship and choose a tree to cut down. This year, Oslo Mayor Marianne Borgen and Lord Mayor of Westminster Ruth Bush were joined by dozens of students as they made their pick.

London, say hello to your Trafalgar Square Christmas tree for 2019.
Felled today by the Lord Mayor of Westminster and Mayor of Oslo and on its way to you! #godjul 🎄 @trafalgartree #London #christmas pic.twitter.com/qCK6sxiUh8

Trafalgar's Christmas Tree has drawn comparisons to a similar event in Italy. Nicknamed Spelacchio -- roughly "mangy" or "balding" in Italian — a tree in the center of Rome received international mockery for its beleaguered appearance. Some went as far as to compare it to a toilet brush.