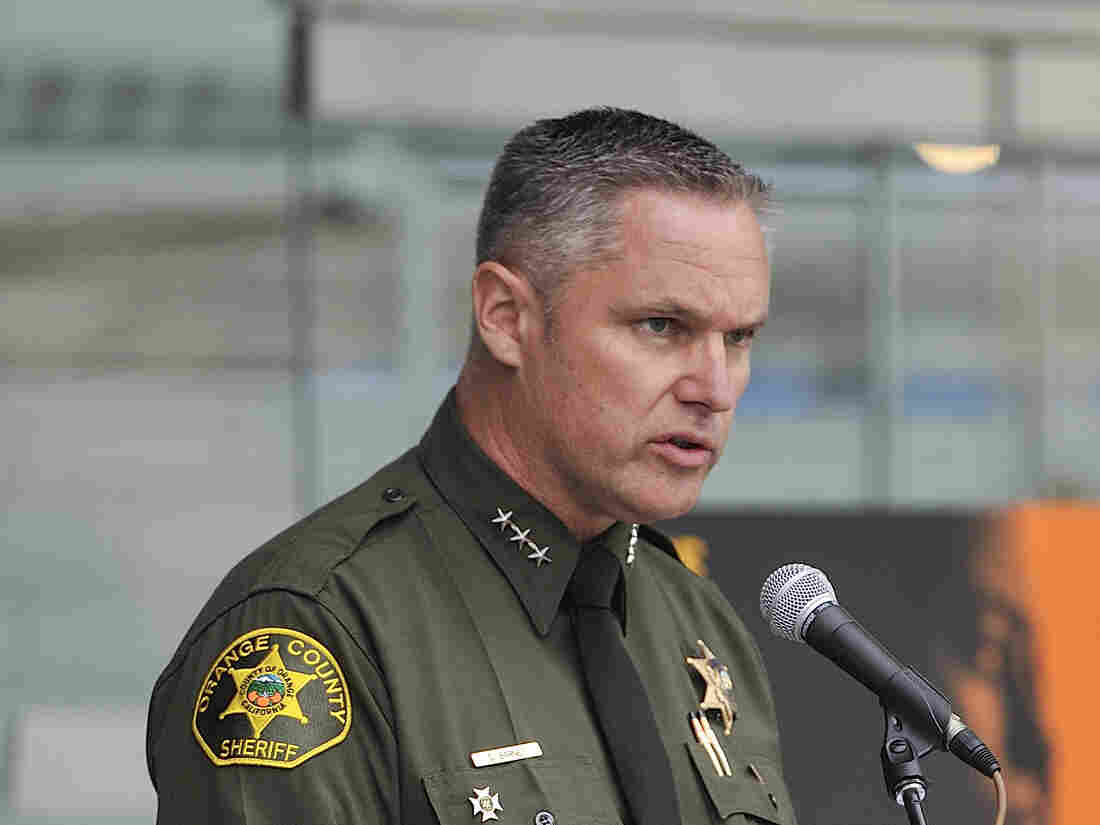 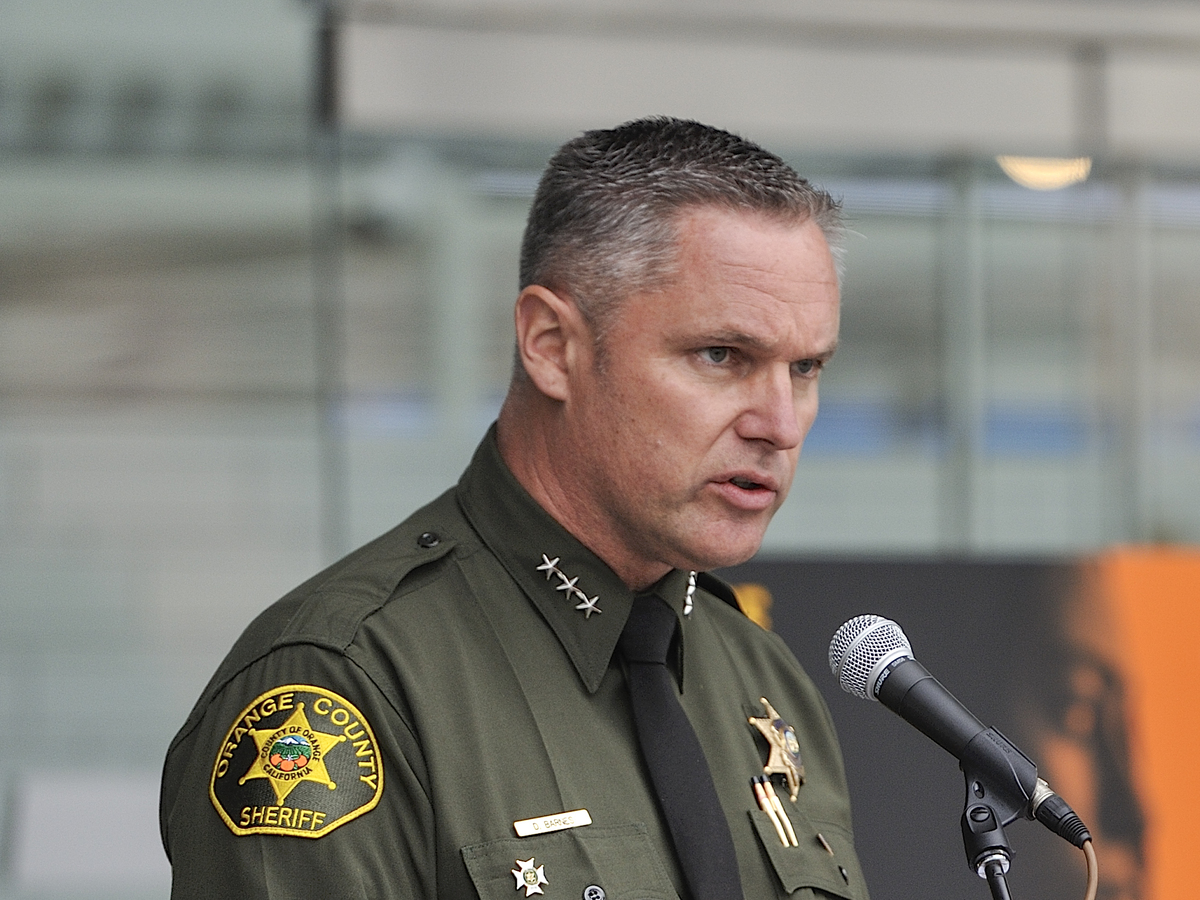 A law enforcement scandal that could impact thousands of criminal cases in Orange County, Calif., is pitting the region's top attorneys and sheriffs against one another.

The county's public defender's office on Wednesday suggested that top prosecutors covered for law enforcement, helping to keep widespread lapses in evidence booking out of public view. Now, Assistant Public Defender Scott Sanders is demanding to know who knew what and when.

An internal investigation conducted two years ago by the Orange County Sheriff's Department, the findings of which were not made public at the time, uncovered systematic mishandling of evidence. Deputies are required to turn in evidence at the end of their shift, but the audit found that more than 70% of them failed to do so. Instead, officers frequently waited days, weeks or even months to submit key evidence, including seized drugs, cash, photos and videos pertaining to criminal cases.

According to the report obtained from the Orange County public defender's office by NPR, nearly a third of evidence collected between February 2016 to February 2018, which included more than 98,000 department records, was submitted after the department's mandated end-of-shift deadline. On average, deputies delayed booking evidence for 3 1/2 days. Additionally, 27% of deputies had held on to evidence for 31 days or longer. In some cases, they never submitted any evidence at all, even when they said they had.

The alarming results prompted a second, much smaller audit of a sample group about a year later, in February 2019, according to sheriff's officials. That brought even grimmer news. After extensive research, auditors determined that 47% of the reports that were supposed to include evidence did not.

The auditors concluded that "cultural idleness" within the sheriff's department had led to inconsistent and inaccurate entries into the property evidence system. They also found insufficient booking software and "no system of accountability."

The findings cast doubt on the authenticity of evidence, raise concerns about chain-of-custody rules and could possibly force a reexamination of adjudicated criminal cases. The ramifications could be immense, potentially reversing sentences for people whose convictions relied on tainted evidence.

"If we take their numbers, take them at their word, then by their own account we're in the zone of 9,000 missing pieces of evidence," he said.

"Of course, they're going to want to minimize the impact, because the truth is they have no idea how many cases this affects," Sanders said.

Sanders said he learned of the internal audits while working with a source on a different case. It was his request for the report that tipped off reporters, he said.

District Attorney Todd Spitzer told NPR that his office was also kept in the dark about the scope and disturbing results of the audits until a reporter called with questions on the same day. Since then, he said, the sheriff's department has ignored two requests from his office to share the initial report and all information pertaining to cases where evidence was mishandled.

But Sheriff Don Barnes disputes that version of events. He told NPR that Spitzer's office was notified that an audit was in the works as early as 2018. That's when the department identified 15 deputies suspected of wrongdoing and began referring deputies to the district attorney for criminal investigation. Since then, Barnes said, none of those deputies has been charged by Spitzer's office.

"I did not call the DA, nor would I be obligated to call the DA," about the results of the internal investigations, Barnes said, adding that Spitzer's office should have been aware of the audit because it "was referenced in many" of the criminal submissions.

"There was no indication in any way whatsoever that this was a departmentwide audit and that they were looking at really tens of thousands, almost 100,000, cases," said Spitzer, who was elected to the post in January. The general impression within his office was that the individual cases of wrongdoing, which trickled in over a two-year period, were not part of a larger pattern.

"Never with the disclosure that there was a systematic problem or failure within his department that may have implicated ... many more cases," Spitzer said.

Following the publication of the story by the Register, sheriff's department spokeswoman Carrie Braun issued a statement saying, "immediate measures were taken to ensure personnel were educated on policy and procedure for booking evidence." The department had also implemented a new protocol "requiring supervisors to check that all property and evidence has been booked prior to approving any related reports."

As a result of the audits, four deputies have been dismissed, seven have been disciplined and four internal affairs investigations are ongoing, the sheriff said.

However, on Wednesday, Barnes downplayed the results of the two audits, saying continued investigations into missing evidence show that all but "a few remaining pieces" have "always been in our possession." He insisted that the sheriff's department has had custody of all evidence involved in cases that have already been decided by the courts.

Barnes called Sanders' estimate that 9,000 pieces of evidence could be missing "completely embellished and inaccurate."

He says the practice by deputies of first submitting digital evidence — including photos, video and audio recordings — to a crime lab for processing before submitting it to the property and evidence room created the appearance of a delay. "That gap does not mean that evidence was mishandled or treated outside of the law," Barnes said, adding that deputies will no longer be allowed to do that.

Meanwhile, Sanders said it is getting harder to believe that the district attorney's office was oblivious to the internal audits.

"They were referred 15 cases for potential prosecution, so it's not really credible that the sheriff's department was hiding the evidence," he said.

Sanders noted that under Spitzer's predecessor, Tony Rackauckas, there was a history of ignoring questionable behavior within the sheriff's department.

Rackauckas' office was kicked off the largest mass murder case in the county's history in 2015 after Sanders discovered that the sheriff's department, under Barnes, had failed to disclose it was misusing jail informants in violation of inmates' rights.

"They're scrambling like mad right now because in reality they never fixed the problem," Sanders said.

Spitzer argues that he and Sanders are both after the same thing: "Our only focus is to determine with certainty how many cases my office may have prosecuted where the evidence was never booked or it was booked in such a fashion that it calls into question the sanctity of that evidence."

He said a meeting with the sheriff's office has been scheduled for next week to dive into the results of the internal audits.