Accessibility links
Trump and Clinton Impeachments Have Many Parallels From the politics to the presidents' counternarratives, there are a number of similarities between the events of December 1998 and the proceedings underway now against President Trump. 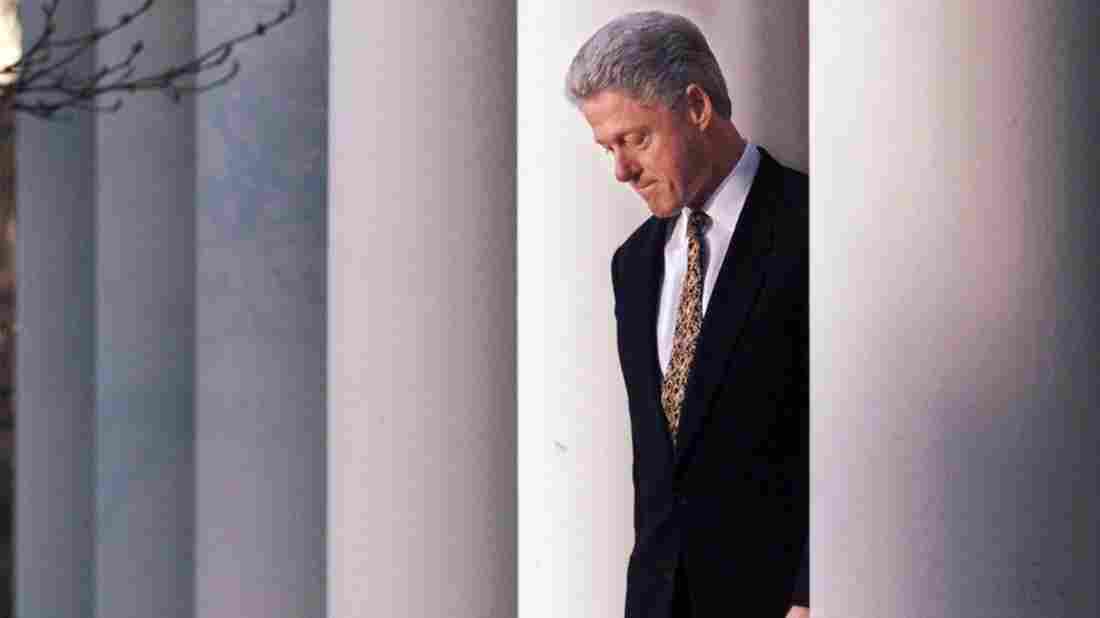 President Clinton in the Rose Garden of the White House on Dec. 11, 1998, before delivering a statement on the impeachment inquiry. J. Scott Applewhite/AP hide caption 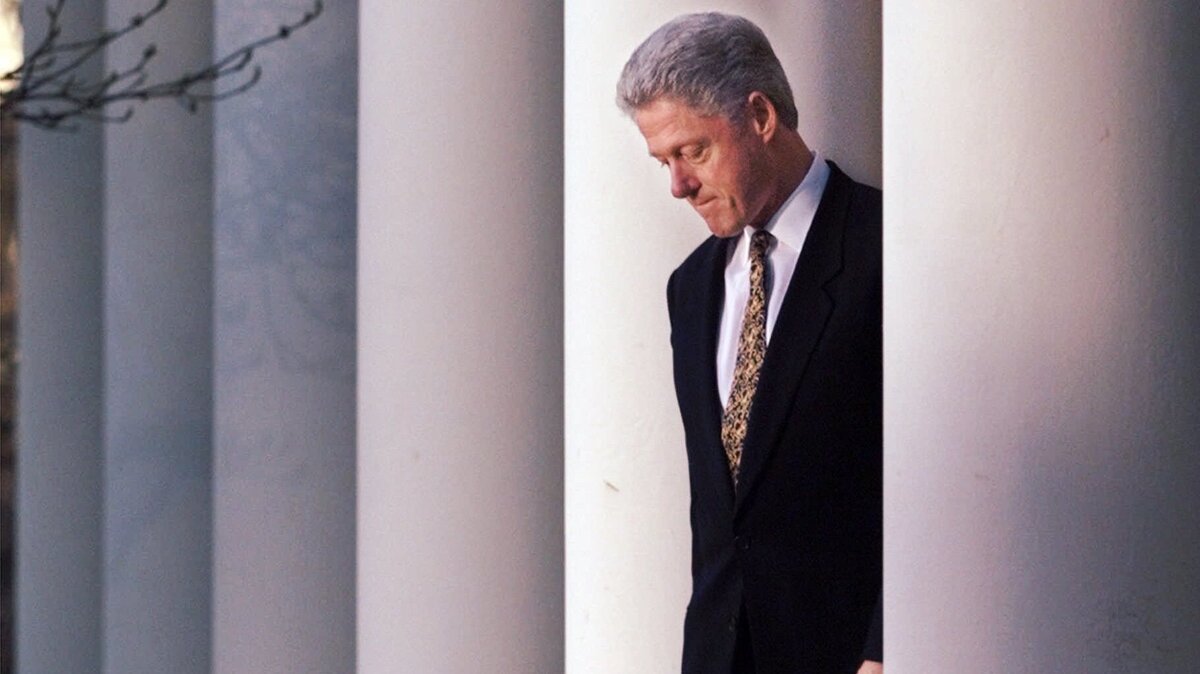 President Clinton in the Rose Garden of the White House on Dec. 11, 1998, before delivering a statement on the impeachment inquiry.

The impeachment process now underway against President Trump comes 21 years to the month after the last presidential impeachment, when the House approved two articles against then-President Bill Clinton.

And there are many parallels in the two procedures.

Some are on the surface; others deeper. There are 55 lawmakers in the House now who voted on the Clinton impeachment in 1998. Republican Lindsey Graham of South Carolina, who has since moved on to the Senate, is one of President Trump's most vocal defenders. He was one of the House managers who argued for convicting Clinton in his Senate trial, saying that "high crimes doesn't even have to be a crime. It's just when you start using your office and you're acting in a way that hurts people."

And the current House Judiciary Committee chairman, Democrat Jerry Nadler of New York, who favors impeaching Trump, argued against impeaching Clinton. He said then, "We're lowering the standard of impeachment. What the president has done is not a great and dangerous offense to the safety of the republic in the words of George Mason. It is not an impeachable offense under the meaning of the Constitution."

The day Clinton was impeached, Dec. 19, was a dramatic one. Not only did the House vote to impeach Clinton, but the Republican who was expected to become the next House speaker, Rep. Bob Livingston of Louisiana, surprised everyone by announcing he was stepping down, after conceding he too had had extramarital affairs. 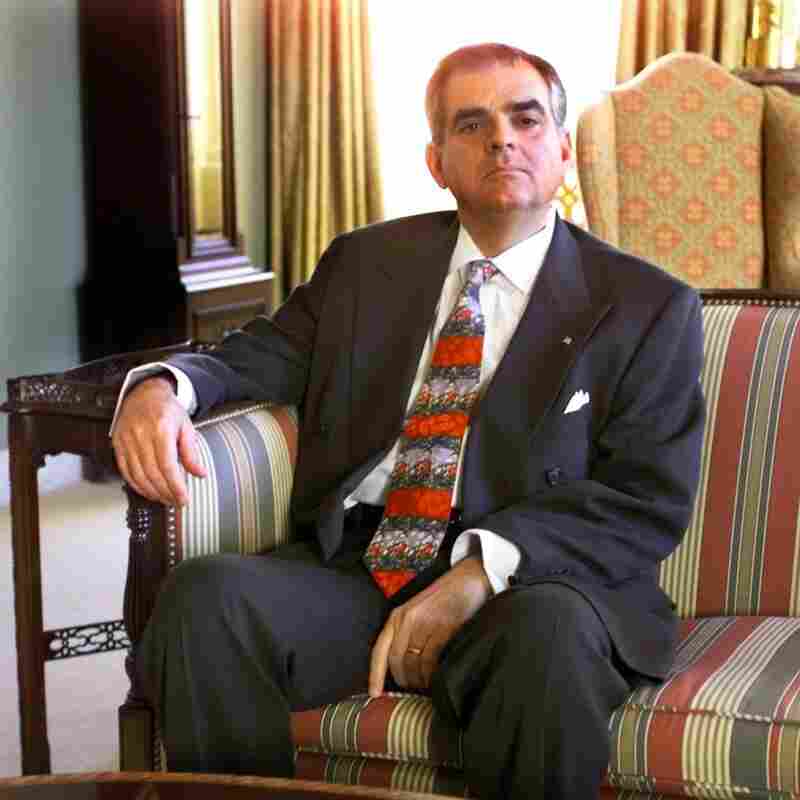 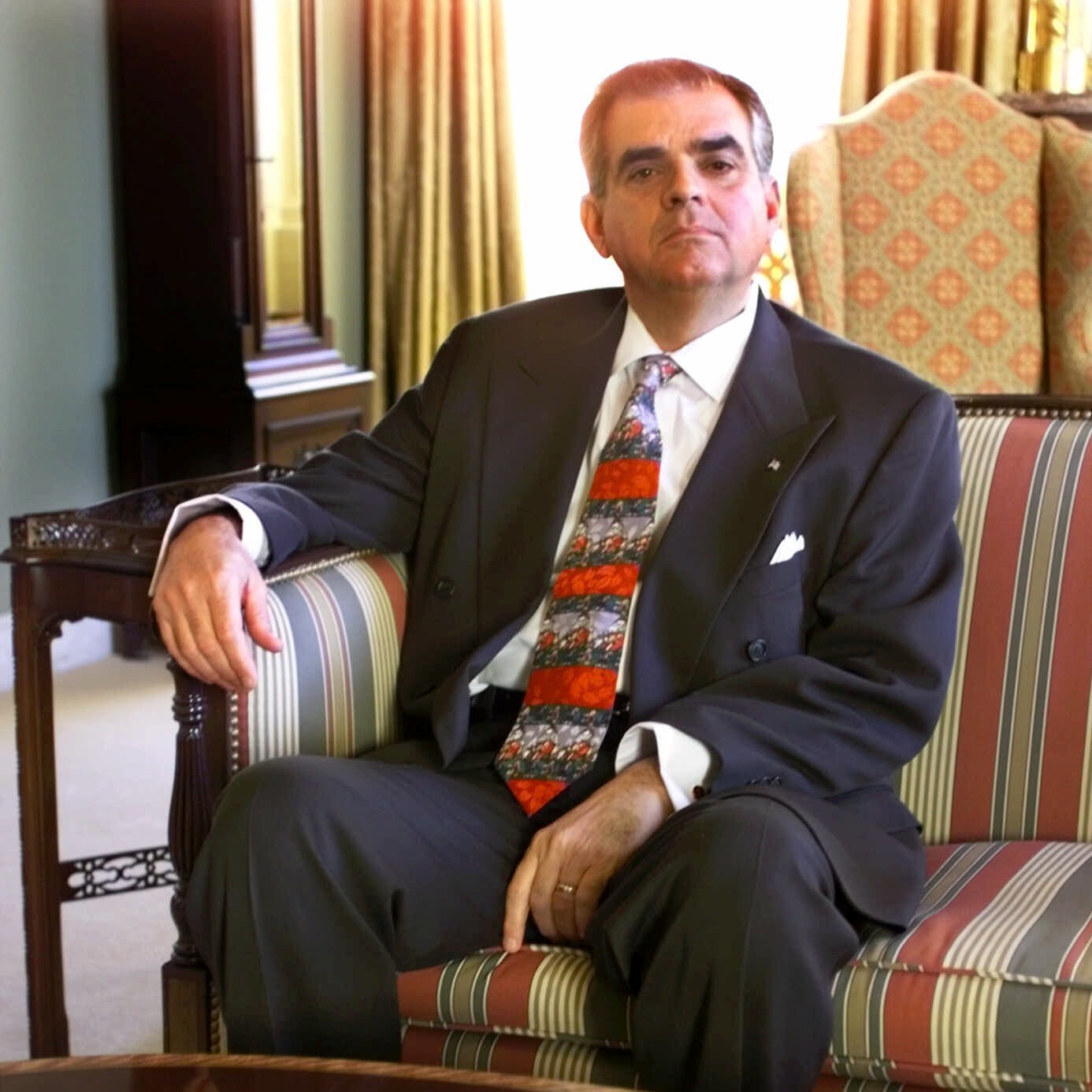 Rep. Ray LaHood on Capitol Hill on Dec. 18, 1998, during the House's impeachment debate.

Ray LaHood, a Republican congressman from Illinois who presided over the House during the Clinton impeachment votes, was as shocked as everyone else when Livingston made his announcement. "The air came out of the House," LaHood told NPR.

He said he was immediately approached on the House floor by then-Rep. Mel Watt, D-N.C., who asked LaHood to consider becoming speaker himself.

"And I said, 'Mel, that's simply not going to happen politically,'" LaHood recalls. "That would never happen during this period."

LaHood calls impeachment "probably the most acrimonious political activity that the House can engage in." He says then-Speaker Newt Gingrich had decided early on after the 1994 election to impeach Clinton, and he thinks current House Speaker Nancy Pelosi made a similar call.

Gingrich "was intent on impeaching President Clinton," LaHood says. "And I believe that the decision to impeach, and to have articles of impeachment against President Trump, is a political decision made by Speaker Pelosi."

Pelosi, in the current impeachment inquiry, has insisted that Democrats are following facts, not politics. She held back from pursuing impeachment for months but formally launched the inquiry after a whistleblower complaint about Trump's July 25 call with Ukraine.

While it's clearly two different presidents, there are some similarities in their conduct says Russell Riley, co-chair of the Presidential Oral History Program at the University of Virginia's Miller Center.

Riley says both Clinton and Trump survived earlier incidents of questionable conduct only to repeat that behavior. In Clinton's case there were accusations of infidelity that arose during his 1992 campaign. "And notwithstanding that," Riley says, "in a moment of weakness, he engages in inappropriate behavior with a White House employee."

For Trump, it was foreign influence, and allegations of contact between his 2016 campaign and Russia, and then the consequential phone call with the Ukrainian President Volodymyr Zelenskiy.

"Having weathered lots and lots of of criticism in investigations about foreign influence," Riley says, "when that seems to be clear, [Trump] finds himself on the evidence of this telephone call doing exactly that which he'd been accused of earlier."

Riley finds another similarity between the two cases.

There was physical evidence connecting Clinton with Monica Lewinsky, the infamous blue dress Lewinsky kept that had Clinton's DNA on it. Riley says the summary transcript of Trump's call to Zelenskiy is "the modern day equivalent of the blue dress." But, he says, "None of us can agree on what exactly it means, in my judgment."

Trump has also adopted a Clinton tactic for dealing with impeachment, by remaining before the public and in claiming not to be distracted by impeachment.

"Clinton wanted the American people to see that he was tending to their business," Riley says.

"He felt that the best defense against everything was going on behind the scenes with the Kenneth Starr investigation of what was going on Capitol Hill was that the American people would stand by him if they saw that he was tending to their business."

Trump, too, has kept before the public eye, this week attending NATO meetings in London and holding public bill-signing sessions.

But Riley is skeptical that Trump can sustain this over time. "President Trump seems to be so easily distracted by his critics that it's not clear to me that he's going to have the discipline to stick with this over the long haul," he says.

After two days of debate in December, the House approved two articles of impeachment against President Clinton, for perjury and obstruction of justice. The next month the Senate trial began.

Former Democratic Sen. Dale Bumpers of Arkansas delivered the final argument in defense of Clinton, in language that sounds familiar to another who has been following the Trump proceedings.

"We're here because of a five-year relentless, unending investigation of the president," Bumpers said. "Hundreds of FBI agents fanning across the nation, examining in detail the microscopic lives of people. Maybe the most intense investigation not only of a president but anybody, ever."

The Senate failed to convict Clinton on either article of impeachment, and no members of the president's party voted against him. That may well turn out to be another parallel between then and now.