Accessibility links
StoryCorps: Processing A Mother's Suicide, 11 Years Later Sylvia Grosvold was 5 years old when her mother died by suicide. At StoryCorps, Sylvia, now 16, tells her dad how she has processed the loss. "I guess I'm stronger than I think I am," she says. 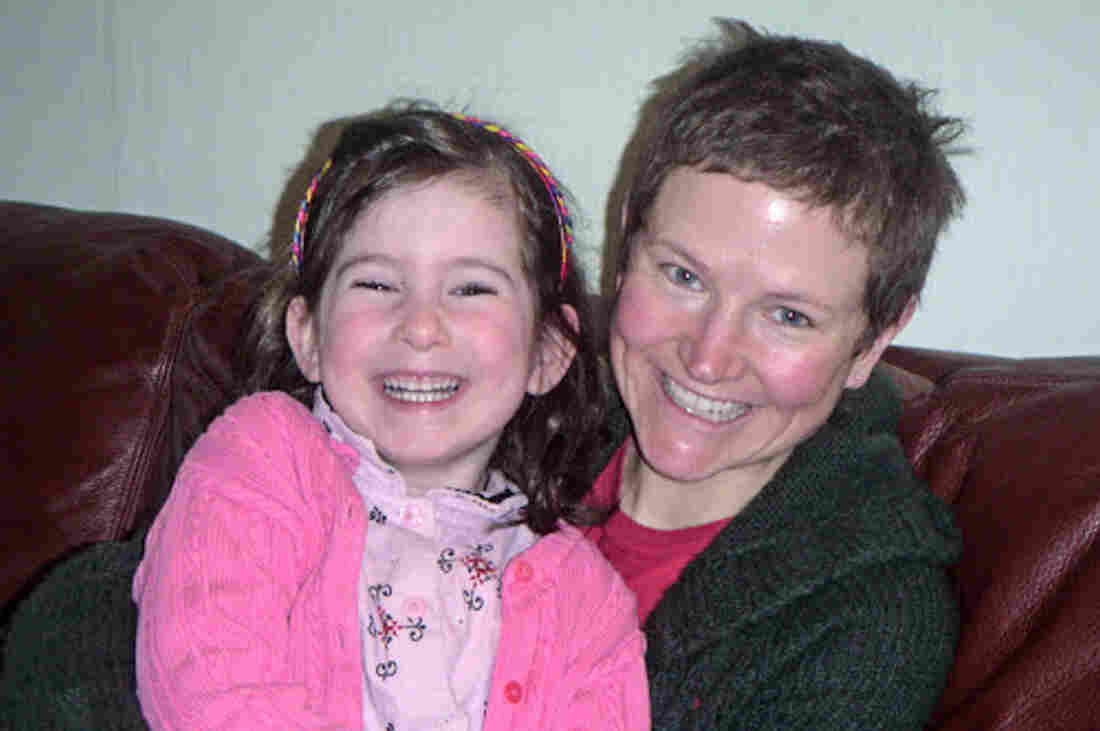 Sylvia Grosvold with her mom, Kari Grosvold, in March 2008. Courtesy of the Grosvold and Weiner family hide caption

toggle caption
Courtesy of the Grosvold and Weiner family 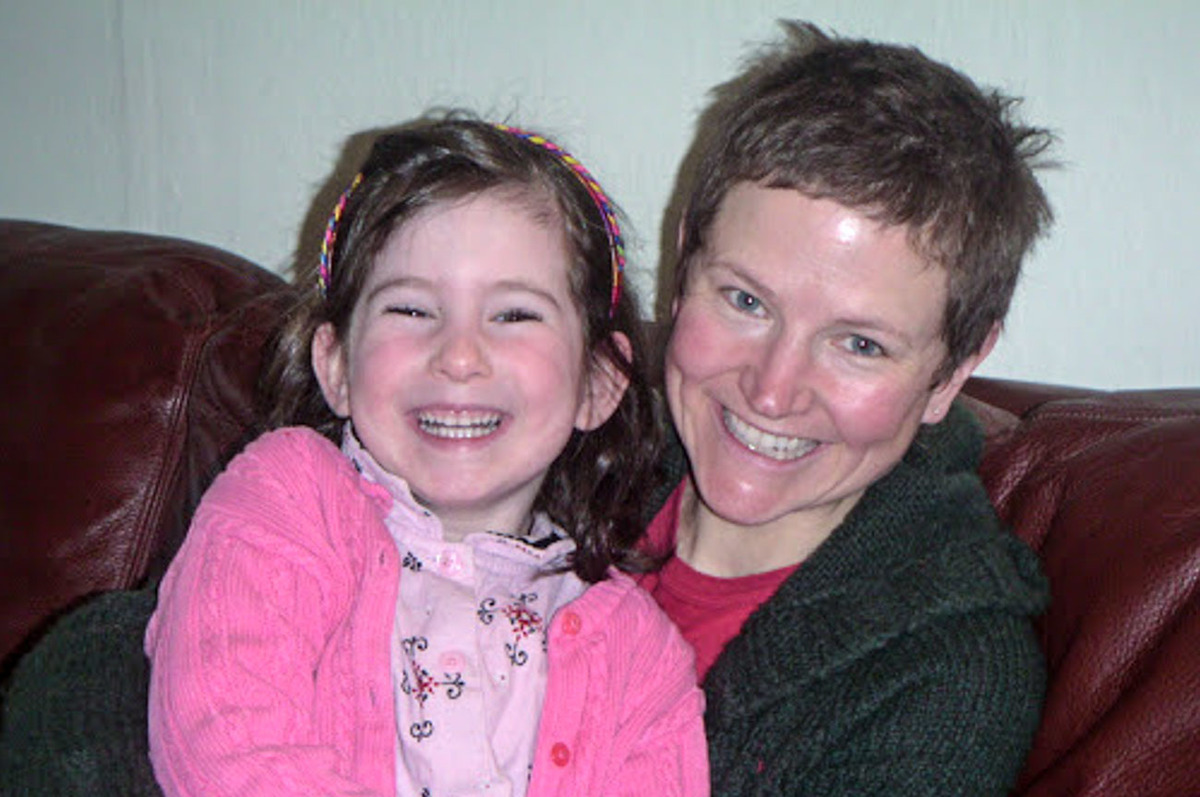 Courtesy of the Grosvold and Weiner family

This story is part of StoryCorps' Road to Resilience project, which leverages the power of storytelling to help children cope with the death of a parent, sibling or loved one.

Sylvia Grosvold was 5 years old when her mother died by suicide.

Now 16, Sylvia recently sat down with her father, Josh Weiner, 52, at StoryCorps. They talked about the day Sylvia's mother, Kari Grosvold, died and the years that followed.

Sylvia vividly remembers going to school that morning in October 2008. It was the last time she would see her mom.

"Mom would always walk me inside to the classroom," she said. "And this day she walked me onto the playground and then she said I could go in by myself, if I wanted. And I felt so grown up."

Sylvia didn't hug her mom as usual, or even say goodbye. But she didn't get far before she realized she wanted to give her mom a proper goodbye.

"I got into the classroom and I immediately started crying, and I ran back out," Sylvia said. "But by that time, she was gone. I just felt so guilty that I hadn't given her one last hug." 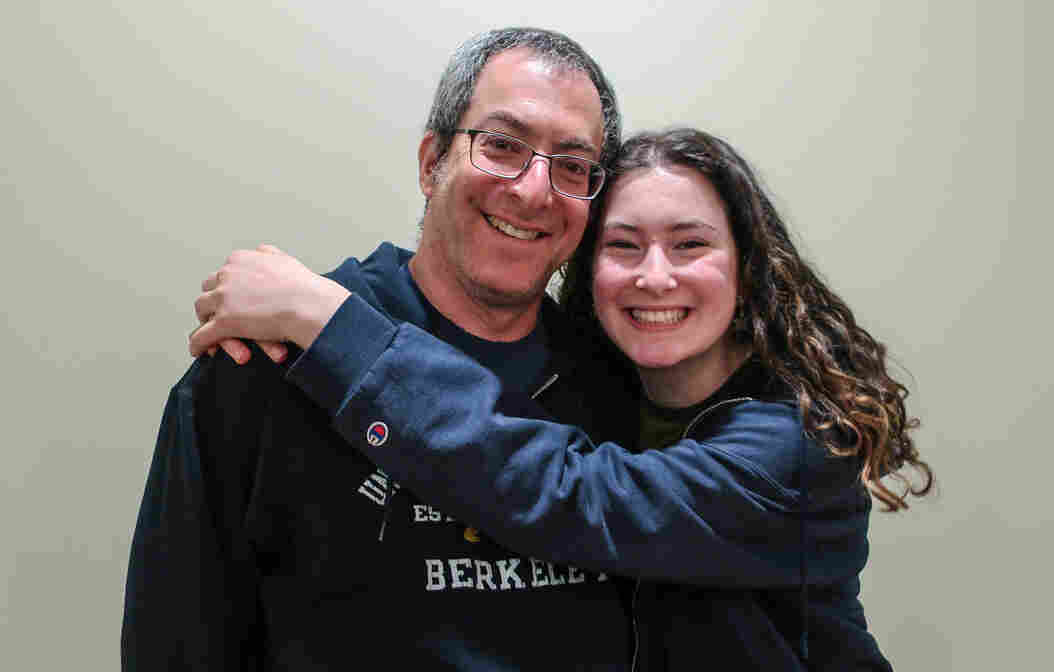 At their StoryCorps interview in Portland, Ore., in March, Josh Weiner and his daughter, Sylvia Grosvold, remember Grosvold's mother, who died by suicide 11 years ago. Beth Duckles/StoryCorps hide caption 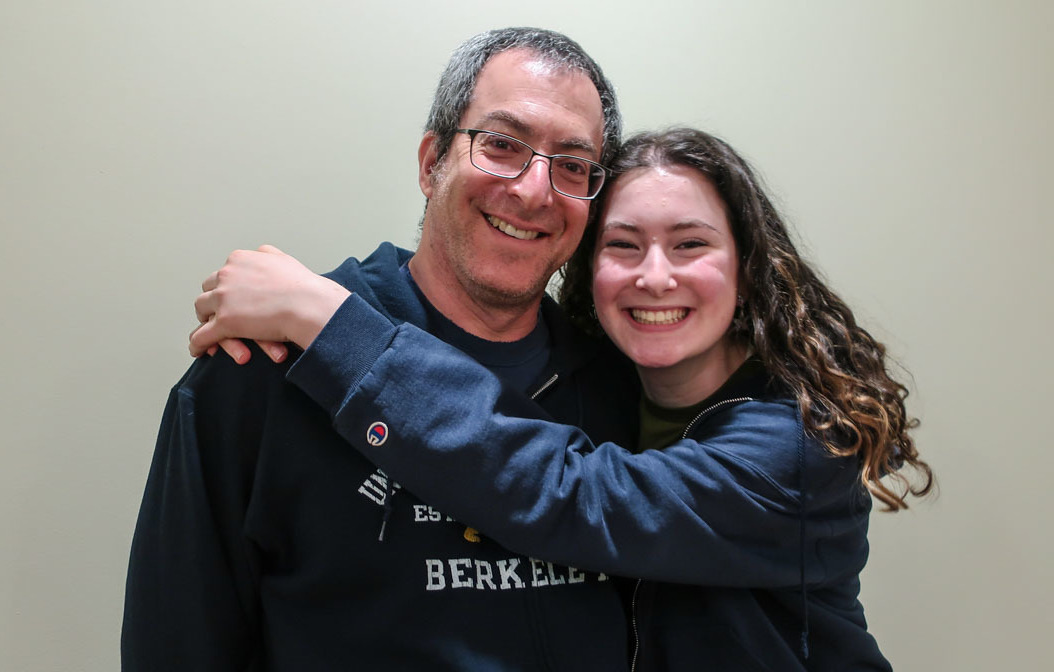 At their StoryCorps interview in Portland, Ore., in March, Josh Weiner and his daughter, Sylvia Grosvold, remember Grosvold's mother, who died by suicide 11 years ago.

"In the first year or two after your mom died, I just remember feeling helpless, like there's nothing I can do to fix this," Josh said.

He remembered apologizing to Sylvia for throwing away her mom's suicide note before she had a chance to read it. "I think I was just so angry when I read that," he told her.

"I mean, I totally understand why you did it," Sylvia said.

Josh and his daughter developed their own ways of coping.

And they remembered how Sylvia had conjured a story for herself about how her mother lived in a city on the moon.

"We had that bathroom window that opened up and didn't have a screen, and you could see the moon perfectly from there," she said. "So I would look out the window and talk to her."

If she could talk to her now, Sylvia says she'd want her mom to know what her personality is like. Sylvia's dad tells her that her friendly nature reminds him of her mom.

"You have a lot of enthusiasm for your relationships with other people," he said. "She was like that, you know, she really wanted to get to know people and connect with them."

Reach Out: Ways To Help A Loved One At Risk Of Suicide

'I Never Faked My Love For You': A Mother Opens Up After Her Suicide Attempt

"I think she would be very proud of you," Josh said.

Over the past 11 years, Sylvia says she has overcome her biggest fear.

"I've learned a lot about death and dealing with it because I struggled with that for so long. I couldn't go to sleep. I didn't want you to leave because I was worried something would happen," she told her dad.

"But one time I was at camp and we were supposed to say our biggest fear. And I was like, 'Death' — hold up, wait ... that's not my biggest fear anymore."

"I guess I'm stronger than I think I am."