Accessibility links
Job Market Surges As Employers Add 266,000 Jobs In November U.S. employers added a better-than-expected number of jobs last month, boosted in part by the return of General Motors workers who had been on strike in October. The unemployment rate fell to 3.5%. 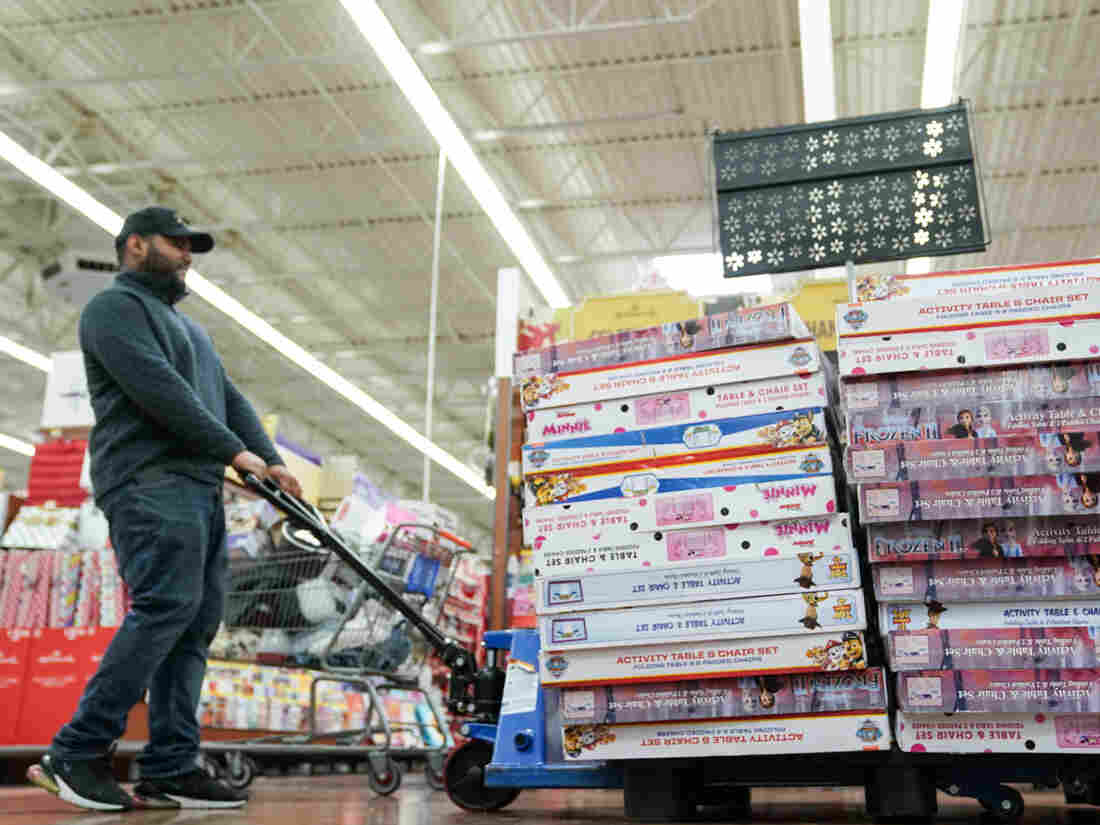 An employee stocks the toy section of a Walmart on Black Friday in King of Prussia, Pa. Sarah Silbiger/Reuters hide caption 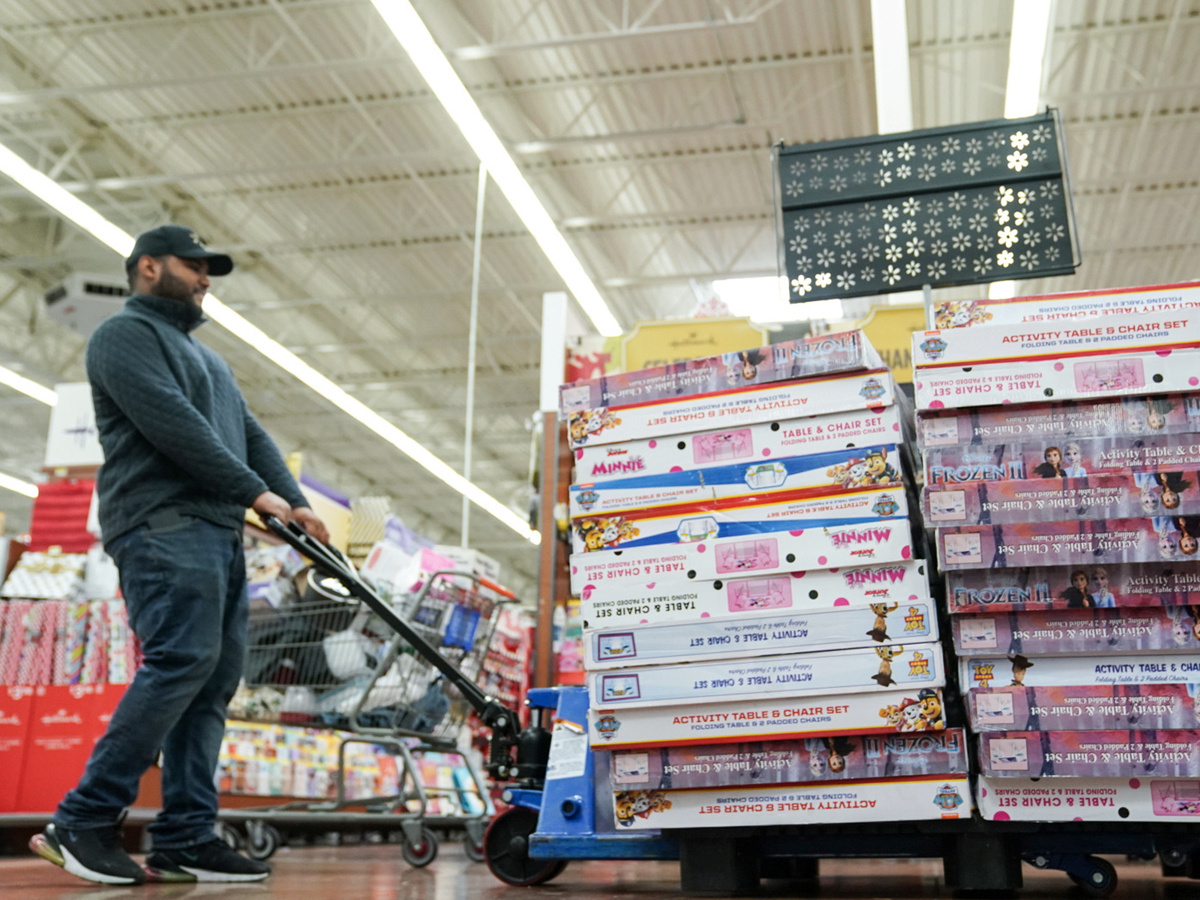 An employee stocks the toy section of a Walmart on Black Friday in King of Prussia, Pa.

U.S. employers added a better-than-expected 266,000 jobs in November in a sign the economy continues to power ahead.

The unemployment rate dipped to 3.5%. Job gains for the two previous months were revised up by a total of 41,000.

"It's a tremendous report," said White House economist Tom Philipson. "Obviously, it's something to be very happy about."

The overall jobs number got a boost from the roughly 41,000 people who returned to work, after being idled in October by the United Auto Workers strike at General Motors.

Manufacturing added a total of 54,000 jobs, even though factory activity has declined in each of the past four months.

Factories — many of which rely on global supply chains and global markets — have been especially vulnerable to President Trump's trade war, as well as a general slowdown in overseas demand.

The much larger services side of the economy, including hospitals and restaurants that cater to local customers, has been more insulated from global headwinds.

How Hard Are Tariffs Hitting The Economy? It Depends On Who You Ask

Service sector jobs accounted for the lion's share of the November gains with 206,000 jobs added.

"Their customers are here in the U.S. and the U.S. consumer is still strong," said economist Nick Bunker of the Indeed Hiring Lab. "That's feeding into steady and stable employment growth for those industries."

Wage gains accelerated slightly with average wages rising 3.1% over the past 12 months.

While wages have not grown as fast as might be expected, given the low unemployment rate, the gains are more than enough to outpace inflation.

"If you look at the purchasing power of that wage, it has increased," Philipson said. "We are actually seeing stronger real wage growth [in] the last year than we've seen before, because inflation is ticking down."

Labor force participation dropped slightly in November, contributing to the drop in the unemployment rate.