Accessibility links
Republican Rep. Duncan Hunter Says He Will Resign From Congress The California Republican congressman's resignation marks a dramatic change in fortune for the son of a once-powerful member of the House Armed Services Committee. 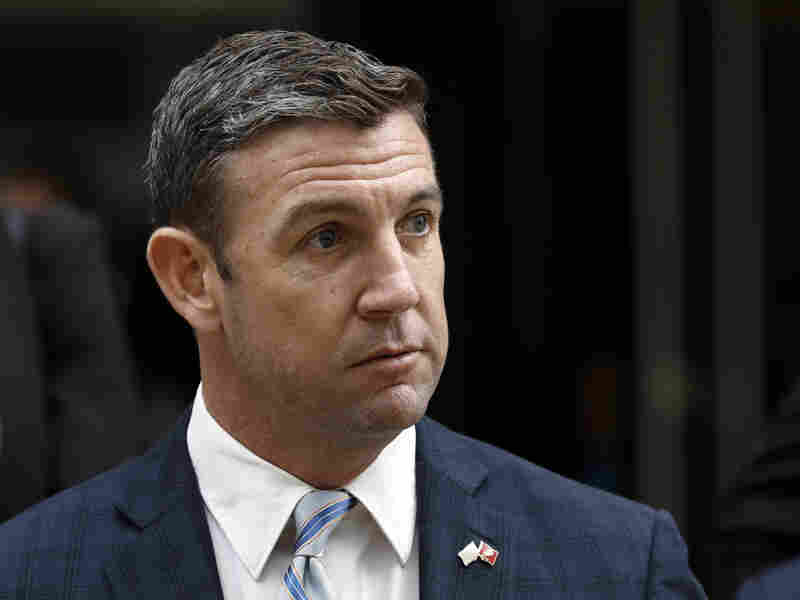 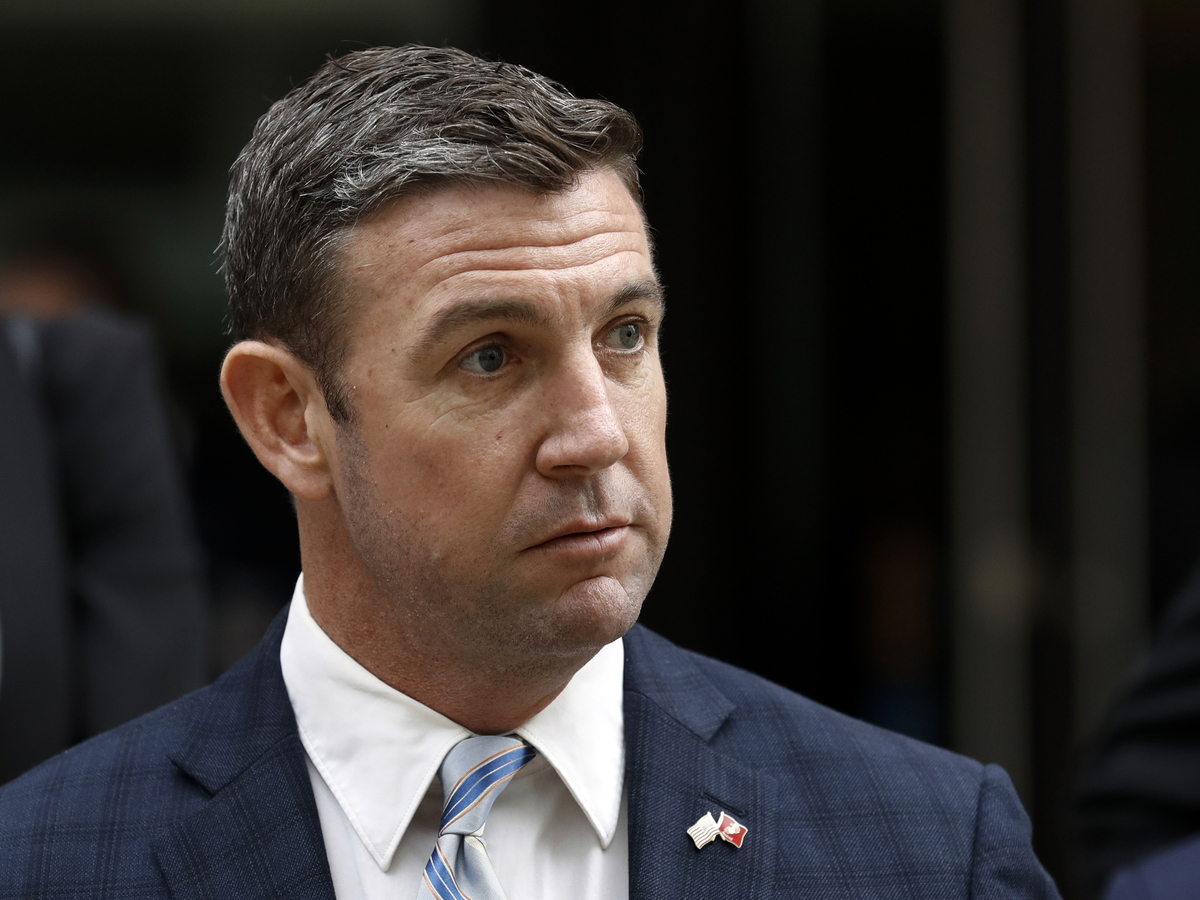 Rep. Duncan Hunter, R-Calif., who pleaded guilty this week to misusing campaign donations, announced Friday that he will resign his congressional seat.

"Shortly after the Holidays I will resign from Congress," he said in a statement. "It has been an honor to serve the people of California's 50th District, and I greatly appreciate the trust they have put in me over these last 11 years."

Hunter's resignation marks a dramatic change in fortune for the son of Rep. Duncan Hunter, the once-powerful Republican member of the House Armed Services Committee. The younger congressman, a Marine veteran of the war in Iraq, was an early and ardent supporter of President Trump. But his political fortunes began to sink after his indictment last year on charges that he and his wife, Margaret, used more than $250,000 in campaign funds for their personal use.

As NPR's Jessica Taylor noted this week, Margaret Hunter agreed to a plea deal over the summer that required her to testify against the congressman. The indictment against the congressman alluded to several extramarital affairs he had. Hunter had initially planned to fight those charges, but this week he said he would reverse course and plead guilty.

He told KUSI, a TV station in San Diego, that he would plead guilty to charges of illegal use of campaign funds. "It's important not to have a public trial for three reasons, and those three reasons are my kids," he told KUSI.

On Thursday, the House Ethics Committee urged Hunter to stop voting on legislation to "preserve public confidence in the legislative process when a sitting Member of Congress has been convicted of a serious crime." Hunter had voted on the House floor a day earlier.